Why The Elder Scrolls Online will succeed 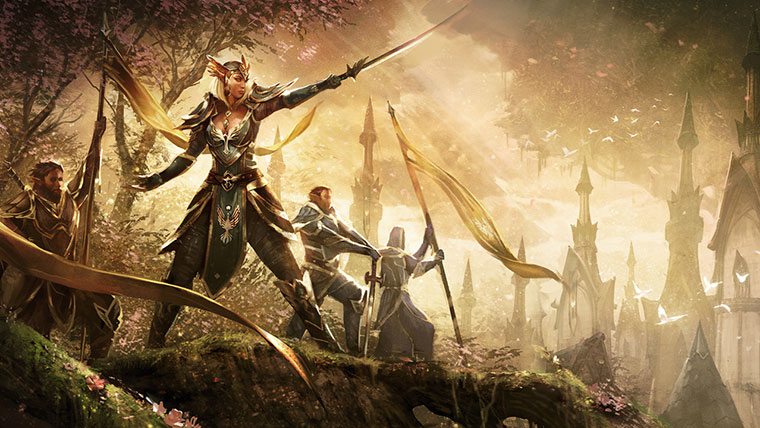 There’s a something of a firestorm enveloping The Elder Scrolls Online. Two things in particular seem to get under the skin of vocal gamers all over the internet: the $15 per month subscription fee and the infamous Imperial Edition of the game. Some people are under the impression that the Imperial Edition is unfair, both for the price and the fact that it endows players with a few pretty cool perks that are mostly cosmetic. Yes, yes, a whole entire race is locked out unless you buy the special version of the game, but that’s hardly game-breaking.

Let’s talk about the subscription fee. Years ago, this wouldn’t have been an issue at all, but given the proliferation of free-to-play titles like League of Legends and Guild Wars 2, it’s a big deal now. Is it, really, though? League of Legends has one map to play on and it’s been out for a very long time. Riot releases one new hero per month at around $10 or $15 and charges about the same for an alternate skin. Nothing of substance if you take a moment to think about it. All cosmetic.

Let’s put it in perspective, shall we? Your weekend pizza costs more than one month of ESO, sometimes more. A 12-pack of your favorite beer probably costs more as well. A night out at the movies is definitely more. So, it’s really all about priorities. And let’s not forget you get a month of free playtime once you purchase the game.

And here’s the thing: your $15 support each month ensures that you’ll be able to enjoy a rich fantasy universe that continues to expand and surprise. Quality does not get lost in the slums of the updated cash shops you see in games like LoL, Neverwinter and Guild Wars 2. Yes, those games are technically free to play, but you can spend your hard-earned money in other ways like character skins, experience boosts and various in-game utilities like mounts, extra bank slots and more rune pages.

Ultima Online and EverQuest shaped the MMO genre into what it is today. World of Warcraft owes much to those two games and all three were sub-based games, and still are. EQ and WoW did an amazing job, love it or hate it, of keeping their respective player bases on their toes with tons of new, robust content packs throughout the years. How many expansions does GW2 have? How many does LoL have? Or how about Star Wars The Old Republic? It was forced to go free to play because of its profound lack of end-game content.

With a paltry $15 per month, ESO will be successful for many years to come, because, quite simply, your money equates to long-term quality. The Elder Scrolls has been around for decades and boasts some of the richest lore in the business. The number of people that enjoy The Elder Scrolls titles are a fierce bunch and thus we witness the fiery discussions that have plagued the pre-release of the game. If it has enough substance after the level cap, that’s all it needs. And with the Dark Age of Camelot-like PVP to chew into at all levels, it looks mighty promising on that front. That’s to say nothing of the high-end dungeons, raids and random events bound to be thrown the players way.

The subscription fee seems to be the right idea for a franchise like The Elder Scrolls. Anything less would be, well… less.

Home / Original Articles / Why The Elder Scrolls Online will succeed