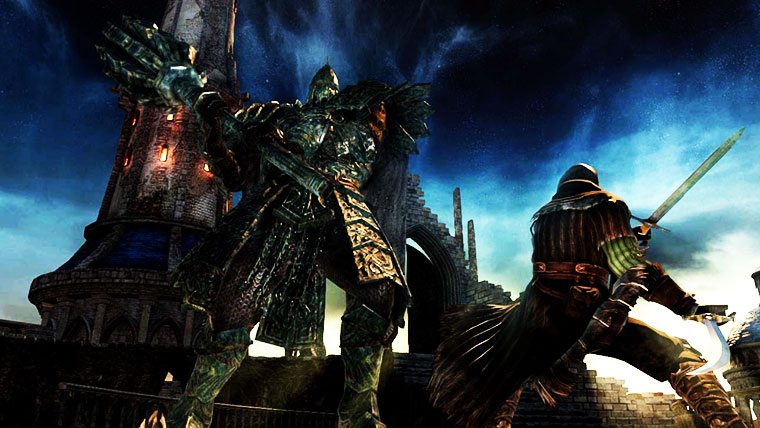 Hype. An equally dreaded and lauded word when it comes to our favorite pastime. The excitement swirling around a game’s release usually sparks up several months – sometimes even years – before the title goes gold. This sort of tactic is employed by many publishing companies to aid in a game’s success and selling power on day one.  But does hype ultimately help or hinder the way we experience our games of choice?

Excitement to play the games we wish to play is never a bad thing. In fact, it’s an often amazing feeling and one of the best parts about being a gamer other than, you know, actually having the pleasure of playing through a truly excellent game for the first time. And that’s to say nothing of those rare gems that absolutely beg to be played through more than once in order to absorb every possible scintilla of joy available (The original Dark Souls comes to mind as a more recent example). Can it sometimes, however, stand in the way of our objectivity and affect the way in which we feel about games?

Let’s take a look at the hotly anticipated title, Dark Souls 2. The series to which it belongs is (in)famous for its soul-crushing difficulty, dark and mysterious aesthetic, and its ability to whip grown men and women into a frenzy of controller-throwing anger and bouts of sleepless obsession by turns. The Souls games are well-equipped to consume a player’s thoughts until the game is completed at least once – like the best kind of nightmare you can’t help but wish to mire yourself in if only to prove yourself as a hardcore, and probably sadistic, gamer. Dark Souls 2, however, if you’re taking the pulse on these sorts of things, is surrounded by equal parts anxiety and excitement.

For every Dark Souls comic and trailer released to roll out the welcome mat before its March 11th release date, there are just as many fans out there wondering if this is the end of what makes the series special: the unknown. Hype is often the bane of the unknown, the very opposite in fact. In other words, as the ever-present hype train gains momentum, Dark Souls 2 becomes that much less mysterious. Each time a Youtuber with a Playstation posts a video of the game’s recent beta stress test, another layer of the onion is peeled away, leaving fans with a bit less to enjoy once the product is in their hands and spinning inside the console of their choice.

Hype can be a double-sided axe in the world of gaming, and it really comes down to your individual tastes and preferences. If you choose to be completely surprised and blind-sided by the sheer glory of a game once it releases, ignoring the constant assault of trailers, magazine spots and developer interviews, you create your own hype – a very personal, more intimate type of hype. If, however, you’re the sort of person (like me) who just can’t help hunting down and absorbing every delicious drop of manufactured hype surrounding a new title, you may be disappointed by the final product once it doesn’t live up to that wonderful trailer you watched with wide eyes a week before its release.