inFamous Second Son; how evil will you go? The inFamous series, along with its usage of super powers and open world gameplay, is also known for its usage of karma, a morality system of sorts. Similar to the original Fable, how “good” or how “evil” you are influences what kinds of powers are available to you, with evil being associated with red and good associated with blue. In a recent hands-on demo, both Kotaku and Polygon delve into the depths of inFamous Second Son and some of the things we can expect when it launches March 21.

Both Polygon and Kotaku state the demo started with them controlling the main character, Delsin Rowe. Delsin and his brother, Reggie, have just captured a rogue Conduit named Fetch. Reggie wants her dead because of her past actions. Delsin is then given the classic inFamous karmic choice between “redemption” or ‘corruption.” As game director Nate Fox told Polygon, “What you do with that freedom is the player’s choice. You can either walk the high road and try to prove to people that Conduits are good; redeem Fetch and show her how to be that hero character….Or you can choose to be a jerk and corrupt her, you can turn her into a killer.” 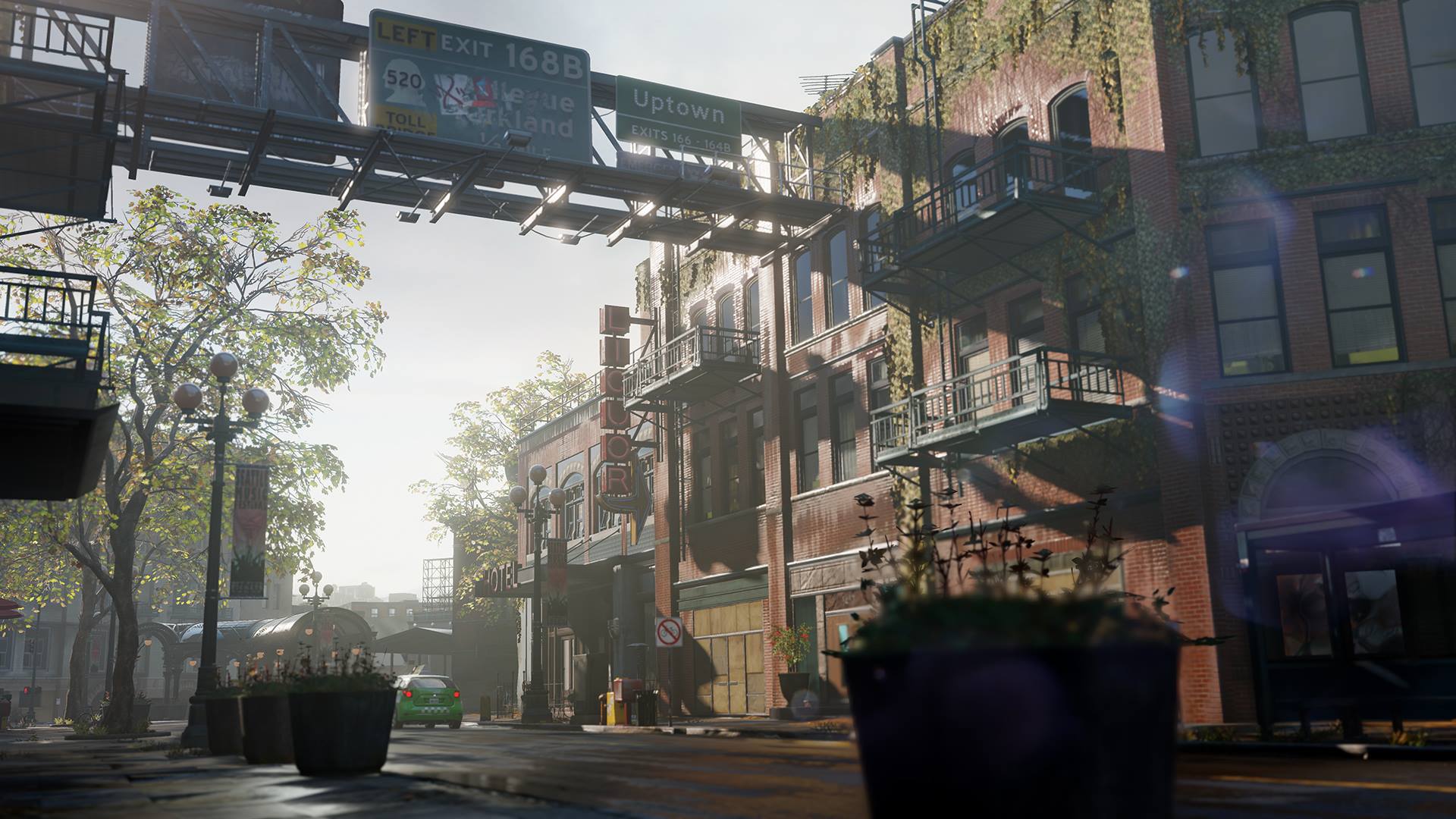 Kotaku chose the high road while Polygon chose the corrupt road. According to Kotaku, after making the choice, they were then prompted to blow up some drug dealer’s boat, this time with neon-ish powers. Polygon, after taking the low road, was prompted to harass and attack anti-Conduit protesters, killing many while going for the leader. As Polygon noted while playing: “the dual birds silkscreened [sic] on Delsin’s jacket reflect his karmic state, with the red bird dominating the white one when evil, vice versa when good.”

Polygon focused on the gameplay, talking to Fox about player choice in combat and what options the player had. As Fox told Polygon, “Delsin can choose whether he wants to obliterate enemies or take them down alive. Your powers evolve differently based on whether you’re a hero or villain. If you’re a good guy, you get more surgical strike abilities to fight the enemy and avoid civilians. If you’re bad, you get more indiscriminate powers, you’re just all about mayhem.” 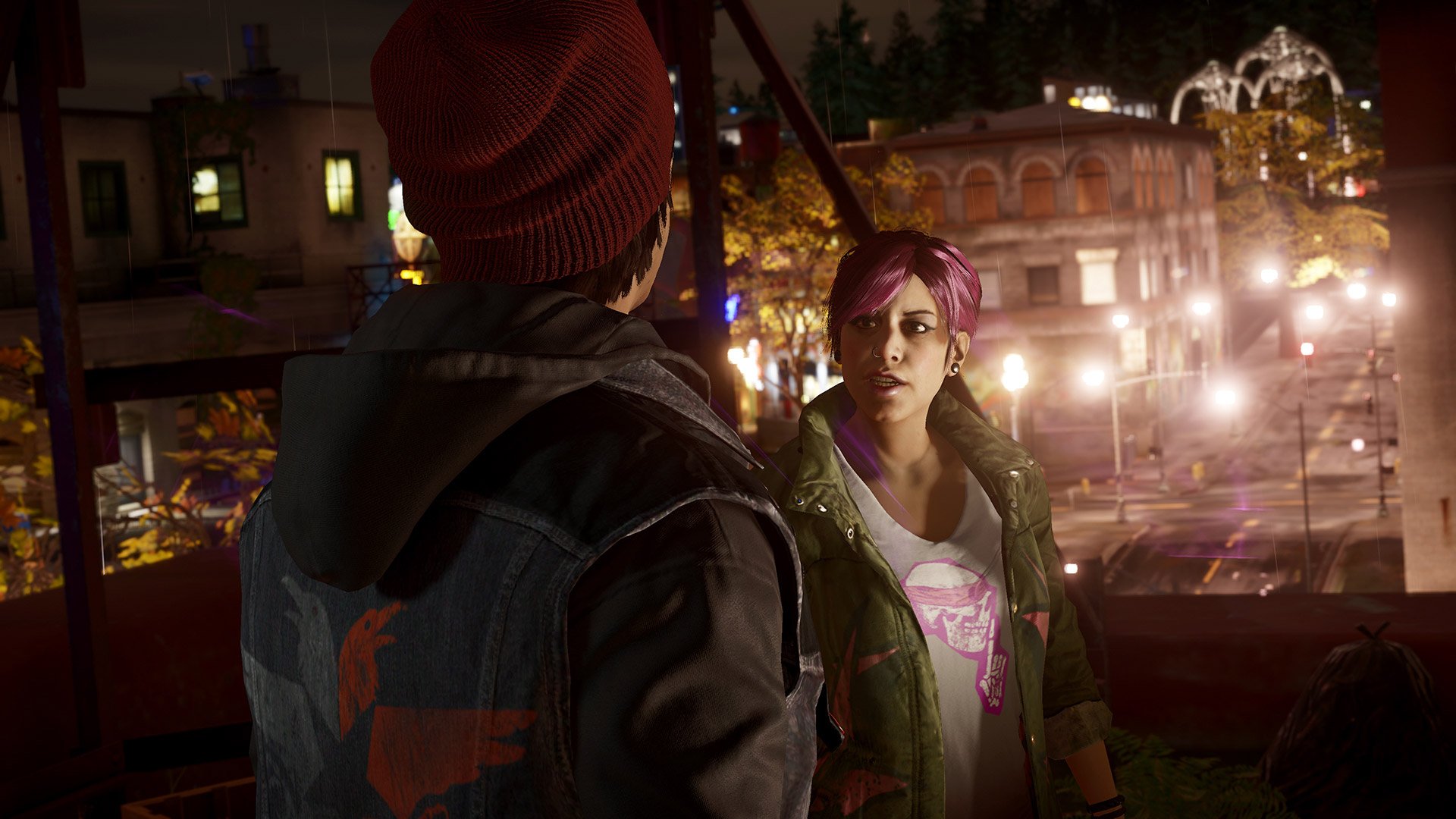 Fox continued, “We’re charting what you do second-to-second. We’re making sure that if you said you’re going to try to be evil, you stick to it and keep up your mayhem levels. And if you’re good we say, ‘Hey, did you screw up and hurt somebody innocent?’ and we zap you for it.”

Polygon also made mention of some of the powers Delsin acquired, mentioning that his smoke based powers were more focused on combat while his neon based powers were focused on traversal. Of course, that doesn’t mean that Sucker Punch revealed everything in regards to Second Son. “We’re pretty cagey about showing things too early. One of the biggest joys in video games is discovery and in a game that’s just all about reveling in your super powers, we didn’t want to show everything,” said Fox. 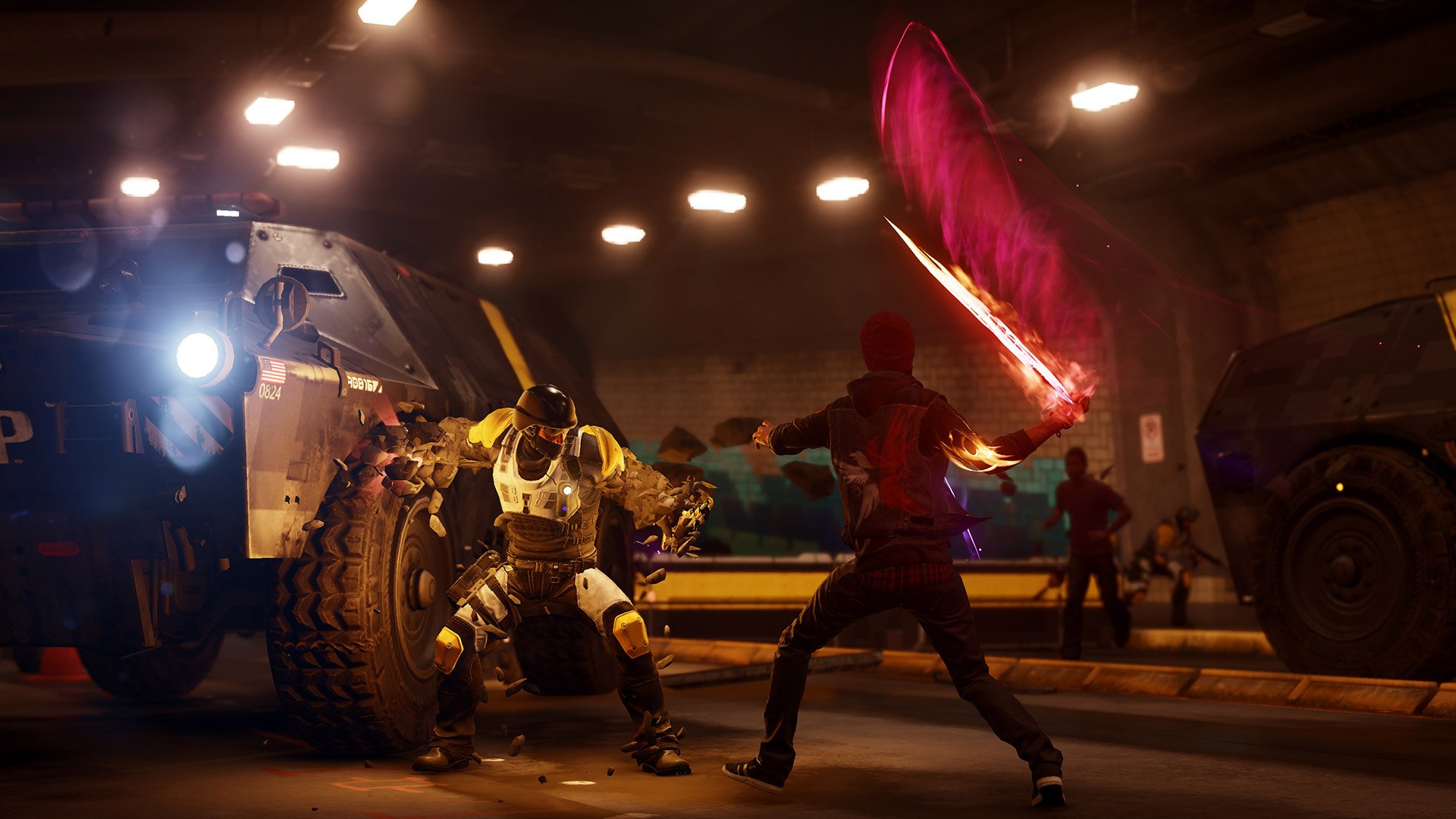 In contrast, Kotaku focused more on the visual side of things. Talking to Horia Dociu, Second Son‘s art director, Kotaku got more information in regards to the visual aspect of Second Son and how Sucker Punch got there. According to Dociu, Sucker Punch originally created a small portion of the game world, ignoring tech limits, so as to get a feel for the game and push the PS4 to its limits. They decorated every corner, leaving no stone unturned, all the while complementing it with realistic water physics.  As the game was rather sluggish at first, Sucker Punch started working on optimization and breaking down the game to get the result they wanted. The result, according to Dociu, “We held that as our high-water mark and said, ‘It needs to look this good and it needs to perform and be fun.’ We as a company kinda rallied behind that and made that possible.”

As Kotaku noted, it doesn’t matter what karma you choose, you still have access to all the base powers. What karma affects is how strong and unpredictable those powers become. But what about those who take the moral grey path? According to Sucker Punch co-founder Brian Fleming, Sucker Punch won’t be accommodating them. “There’s a certain amount of simplicity and cause-and-effect-ness that people want to see where I push the button and a peanut came out or I shot the target and got a star or whatever it is. As soon as you lose contain on people believing that there’s meaningful cause and effect, then you have a different problem. We’ve spent a ton of time on this problem. We’ve worked hard on it.” Simply put, as Fleming noted, was that there weren’t enough gamers playing the morally grey path for Sucker Punch to dedicate the resources for it. 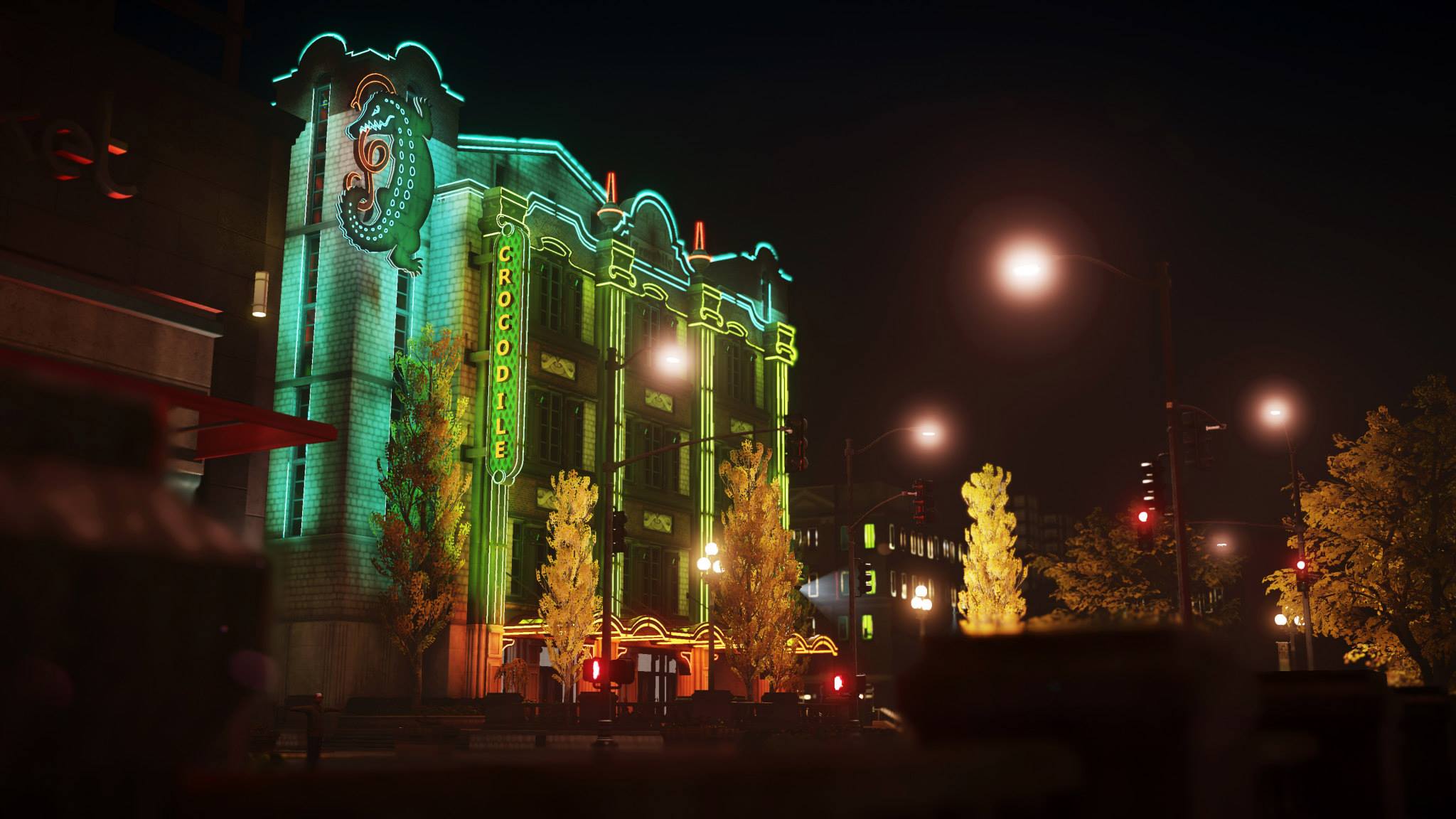 However, contrary to Fox, Fleming made mention of Sucker Punch wanting to encourage gamers to switch their karma levels through tough choices.

“We absolutely enthusiastically support people switching paths in the middle of gameplay.” He continued, “Are you sure you really have the rocks to play all of this all the way? And, truthfully, when we watch people play it there are a lot of them who are like, ‘OK, I was going to be evil but that’s messed up.”

Fleming finished the interview by saying, “There are places where you’re willing to go against maybe even the thing the game is rewarding you for because you want to be you. I think that’s really healthy. These are all video game people. We all know that it’s pretend. But at the same time it has meaning and I think it’s important that it has meaning.”