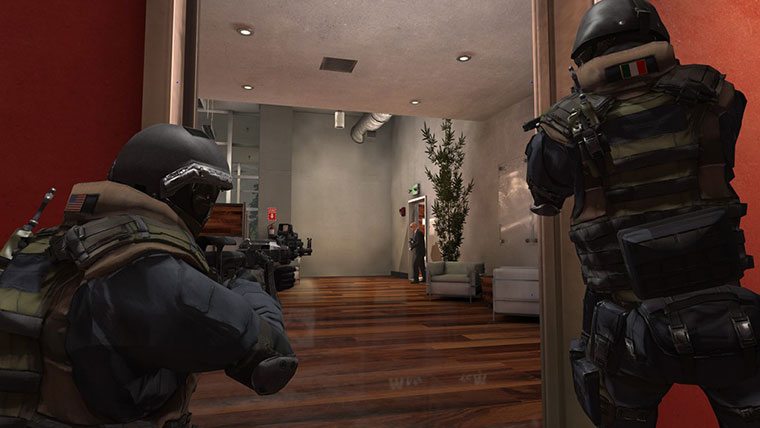 So you know that list of game publishers you have, in your mind, that make pretty awesome games? EA, Ubisoft, Blizzard and Activision would pretty much be on everybody’s list. It might be time to add 505 Games to that list. 505 Games has really been pumping out some quality, albeit mildly niche, games on many different platforms with Payday 2, Cooking Mama, Terraria, Brothers: A Tale of Two Sons and Sniper Elite.

However, in less than a week, another game will be added to this pantry of excellence: Takedown: Red Sabre.

Takedown: Red Sabre, made by Serellan, is said to be a “thinking man’s shooter” which appears to not be too dissimilar to the Rainbow Sixes of old (so pre-Vegas) where it wasn’t all just cover-based shooting. It isn’t hard to see what 505 Games is doing. Right after giving us a tactical shooting game all about being on the wrong side of the law with Payday 2, they are now giving us a chance to play a tactical shooting game on the right side of the law.

In Takedown, you appear to be a part of an international organization that combats terrorism and hostage situations, which is again, not too different from Rainbow Six, and you will, with your teammates, slowly, methodically and surely clear rooms and complete objectives.

It is no coincidence that the game has great similarities with the old tactical shooter games, being a “throwback” if you will. Christian Allen, the man in charge at Serellan, has himself worked on the earlier Ghost Recons and Rainbow Sixes, among other things, and many of his team have worked on games like SOCOM, FEAR, Ghost Recons and Rogue Spear as well. Spiritual successor to those games: Check. 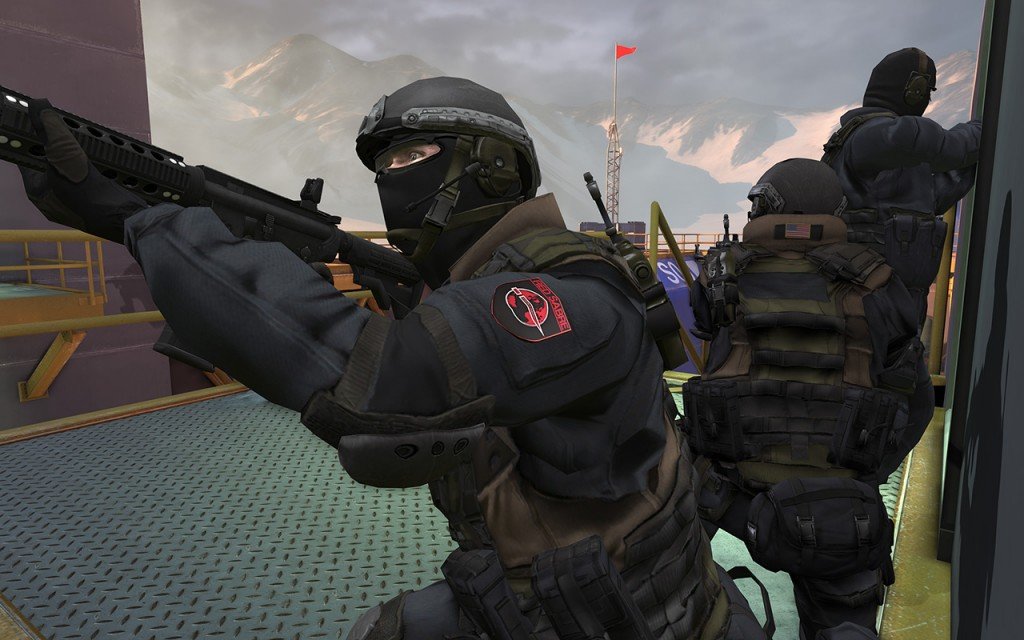 The graphics aren’t what you would call ‘Next-gen.’ In fact, they wouldn’t fare well if you put it up against the Battlefields and the Call of Duties, but they are definitely not something to snark at. The levels are to be wholly non-linear with the game aiming for as much realism as possible. Don’t expect to be able to take shots like a Rambo. Or at all for that matter.

In a developer commentary, it appears that the game can be playable as an up to 6 person co-op game or 12 player adversarial match, all of which has a heavy emphasis on teamwork and cooperation for success. The game will have no difficulty levels. You will just jump in with an objective in mind, choose your weapons, mods, armors, insertion point and from there, you’ll just have to figure it out. Hardcore style, like real counter-terrorist operatives. There will be many different modes available to play in multiplayer including the tried and true team death matches, bomb disarmament, tango hunting, among others.

What started out as a Kickstarter project, has quite quickly evolved into a big title in its own right. With old tactical shooter bulwarks of Ghost Recon and Rainbow Six no longer doing much with the “tactical” aspect anymore, Takedown will essentially have a whole market to itself. How big that market is remains to be seen, but seeing as the last meaningful tactical shooter that has come out was a while ago, fans of the genre will be itching to get their hands on this game.

Takedown: Red Sabre is now available for pre-orders and is releasing on September 20th on Steam for PC and Xbox Live Arcade, with a PS3 version becoming available at a later date.

What do you think of Takedown: Red Sabre? Are you going to try it out? Leave a comment below!