Get your coins ready, we are in for a nostalgia trip. Capcom Arcade Stadium is the newest retro compilation that was released for the Nintendo Switch. We are used to companies re-releasing older games of their franchises into special packages, for availability’s sake to current gen’s hardware, but this time we got a small gem in this recurring trend.

What is Capcom Arcade Stadium?

As the title already suggests, Capcom Arcade Stadium includes games that were only found into big Arcades of the old, that unfortunately today remain a niche place to hang around. Back in the day though, these were the go-to places to experience a brand new world of video games, where new releases appeared alongside brand new arcade machines. Many of those entries were eventually ported into home consoles, like the SNES, but the power and performance of those machines were undeniably better nevertheless.

This new compilation brings back a great amount of those beloved relics of the past, a whooping 32 games to be exact, which are spread into categorized packs that can be bought individually. As of the time of this review, 3 packs were available, split into different decades (’80s, ’90s and so on). This market formula strongly makes me believe that there are plans to increasing the game’s catalog, but we need to wait and see if that is indeed the case.

Capcom released the game with one title ready to be played for free, the classic ‘1943 – The Battle of Midway –‘, and due to the upcoming release of ‘Ghosts ‘n Goblins Resurrection‘, they also provide the original Ghosts ‘n Goblins for free as well. This means that you can download Capcom Arcade Stadium and experience its core features right away, without even buying any of its original packs.

There are a lot of games here. As I mentioned above, there are 32 games in total, with two of them being free. The rest 30 of them are also some magnificent additions and for sure some of Capcom’s greatest hits. Arcades were famous for having loads of Action and Shooter titles, alongside Fighting of course, and this compilation is no exception to this. 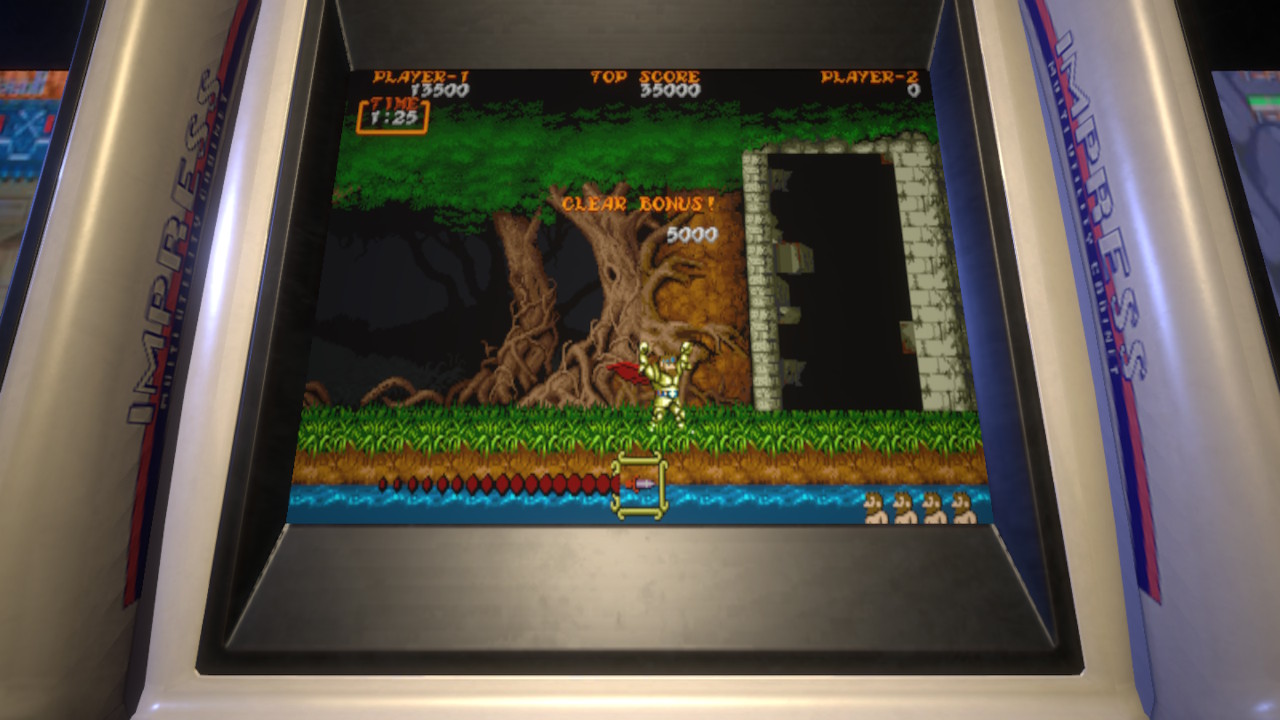 From Ghost ‘n Goblins, to Bionic Commando and Strider, there is no shortage of interesting games to boot up and start playing right away. A Capcom compilation wouldn’t be complete with at least 3 versions of Street Fighter II as well, and of course they are here. Even lesser known titles found their spot within this arcade party, such as Progear and the Bomberman-like Pirate Ship Higemaru. As always though, there is one thing that I still hate Capcom for. Their neglection to the Darkstalkers franchise. It is no secret that this infamous IP is mostly abandoned (crossing fingers for a change of heart through), but I’m sure that they could have added one of its titles somewhere in here. In any case, this is a small drawback to the otherwise great selection of games for this compilation, and let us not forget that the versions of each game are faithful to the original source, playing as great as it used to be in the original arcade machines.

Additionally, something you don’t really see often to such types of compilations, is that Capcom included both the EN and JP versions of every single title in the list. Not only that, but some of them were exclusive to the JP regions, up until now. You can just change the rom to its JP version, and the game is playable right away. Senjo no Okami II is such an example, a great top-down shoot ’em up.

More than just a compilation package, with some spicy features and partial online functionality.

We’ve seen hundreds of compilation packages throughout the years, with a lot of them simply having multiple old ports of games inside, others expanding those games with extra features and even online support. What we have here now, is a unique mix of those. 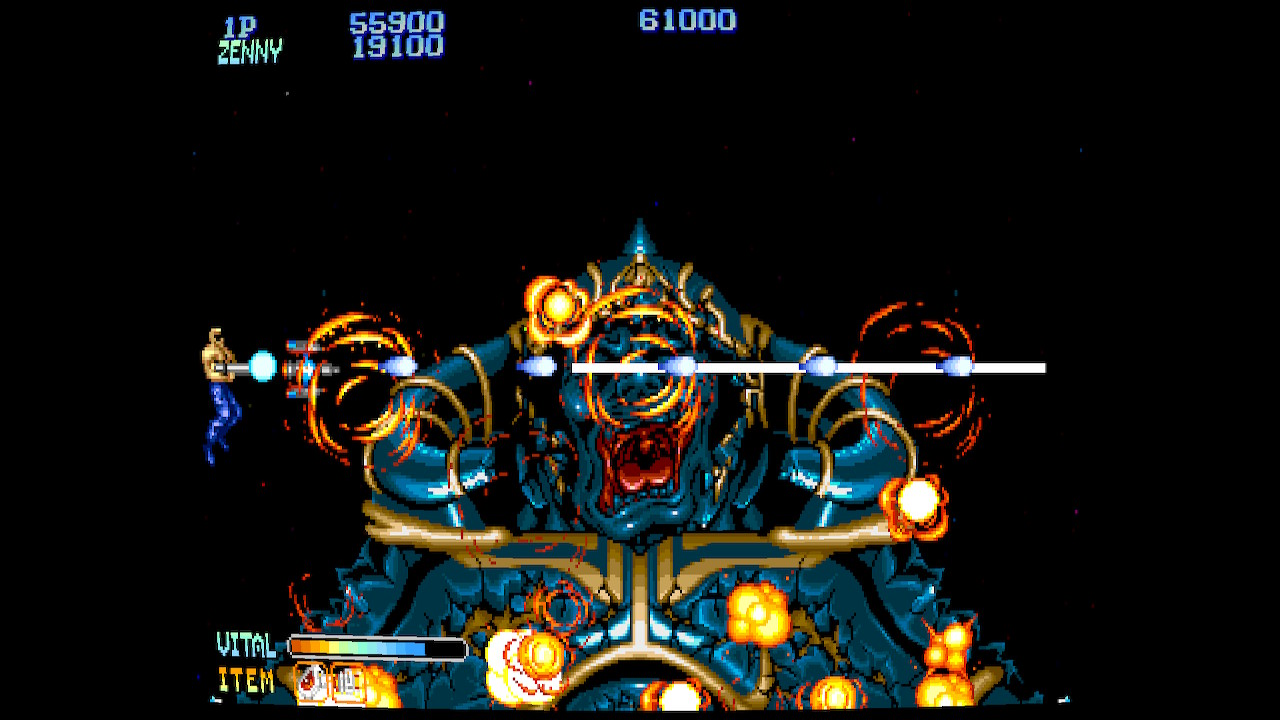 Capcom Arcade Stadium has a plethora of extra features to look out for. First things first, as you would have guessed, there is a ton of different display settings, with various frames as well. And we are not only talking about filters here, with smoother textures, scanlines and the likes. You can actually apply certain frames that look like original Arcade machines, that also adjust the distance from the screen to provide an authentic arcade feeling. Combine this with filters like a curved screen, and you have yourself an original experience, faithful again to the original source.

In regards to the display settings, a lot of other things to mess around exist, like screen orientation, display size, and more. In fact, as you play the games included in Capcom Arcade Stadium, you gather certain CESPO points. Those are the currency of the game, enabling you to unlock new frames and filters, alongside a better rank to the online leaderboards. 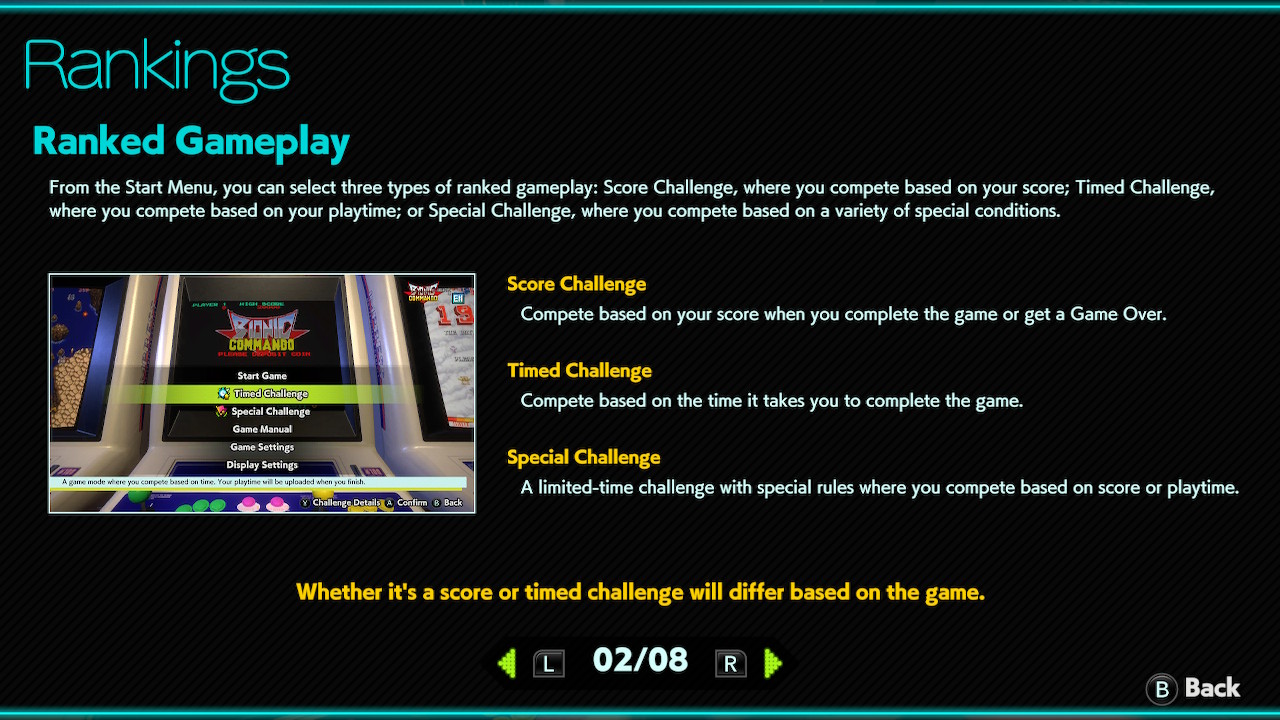 Since we mentioned that, let me talk about the online features a little bit. Yes, online activities do exist. Leaderboards, rankings, a dedicated ‘class’ system as well which acts as the ranking system of this title, and more. The more you play, the more points you gather, all adding up to a total for each game individually, and a sum of all of them alike. Weekly rankings are also a thing, and the best part of all, is that Capcom included certain online challenges for specific games, that are from what looks like, in a timed rotation.

Whenever you are about to start a certain game, it may have additional activities, like the Score Challenge and Special Challenge options enabled. Those are specific modes, with various and even more specific rules, that if you manage to complete you get a significantly boosted amount of points and CESPO. Those rules can vary from not being able to save your game, to not being able to use any continues, and so on. They are literally dozens, with each game’s being different as well. This adds so much to the replayability of the new title, that compensates for the lack of a certain desired feature, which I am going to talk about right below.

No Online Multiplayer hinders the game quite a bit.

You’ve read this correctly. Capcom Arcade Stadium seemed like the perfect retro-mix of the Switch, and it truly is in my humble opinion, but it lacks a certain feature that can be a no-go deal for some out there. Online Multiplayer doesn’t exist. You can of course play locally with up to as many players the game supports, but you can’t join others online. I can’t even stress out how awesome it would be to jump to online sessions of games like 1944 – The Loop Master – and the likes. In this time and age, especially with the current situation we live right now due to the pandemic, online availability should be there by default. 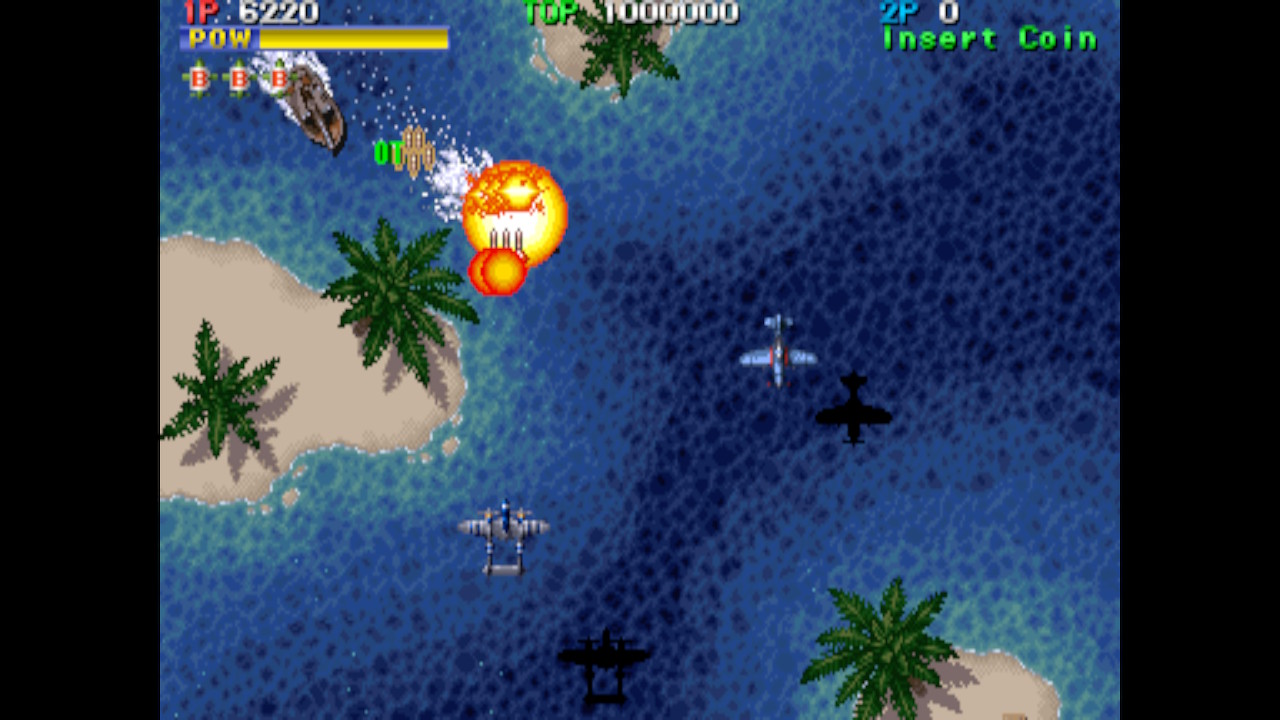 The lack of such a function does hinder the game quite a bit, but still, it is perfectly enjoyable even solo. Online Leaderboards do exist after all, so you can compare your progress with others around the globe, and there are so many online challenges you can complete, it is easy to overlook and ignore such a drawback.

A lot of Extras.

Ever missed the manuals the games used to have within the bought package? Did you ever think a game is too hard to complete, only to wish you could adjust its difficulty level? Well then, look no further, since all of the above and more are included in this Capcom celebration. Each game has its own manual, showing many details like the game’s features, controls and even extra info and tips for enemies and overall gameplay. 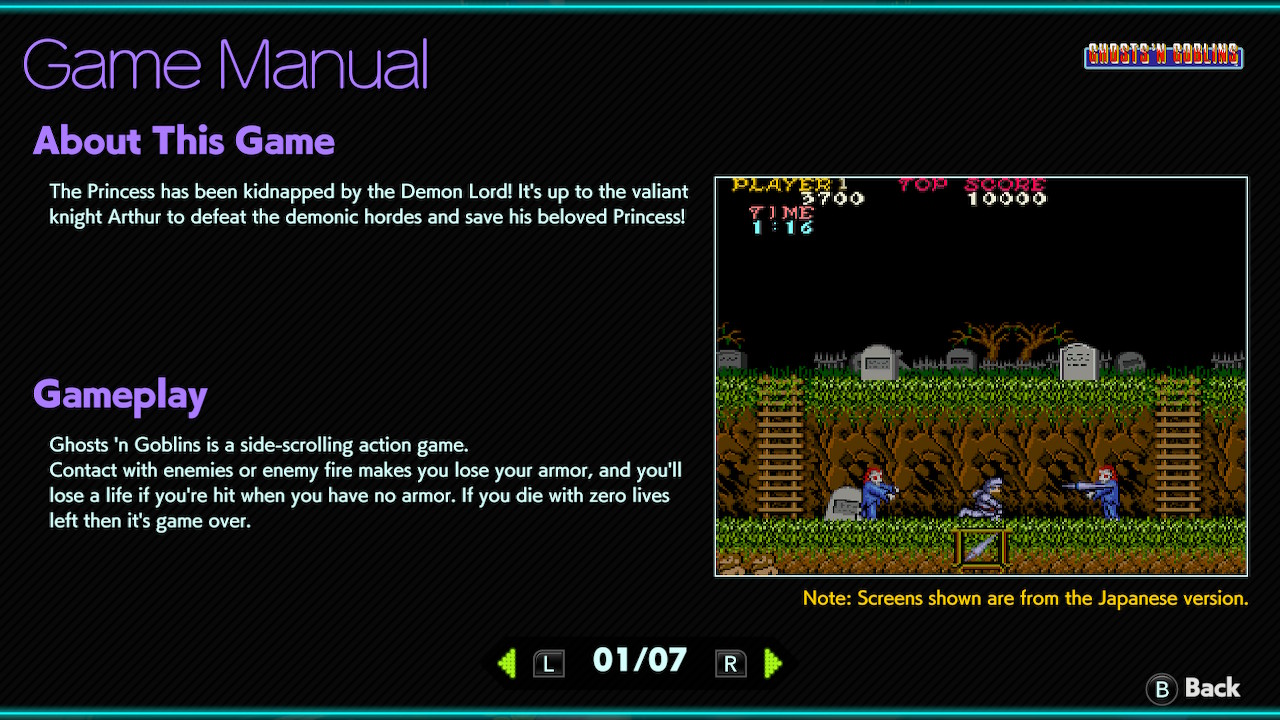 As I mentioned, adjusting the game’s difficulty is also an available option, with extra goodies like increasing your total lives or even tweaking the amount of points needed to get an extra life. Every entry is really flexible to edit at your liking, so don’t hesitate to decrease the difficulty of any game that is giving you a headache. 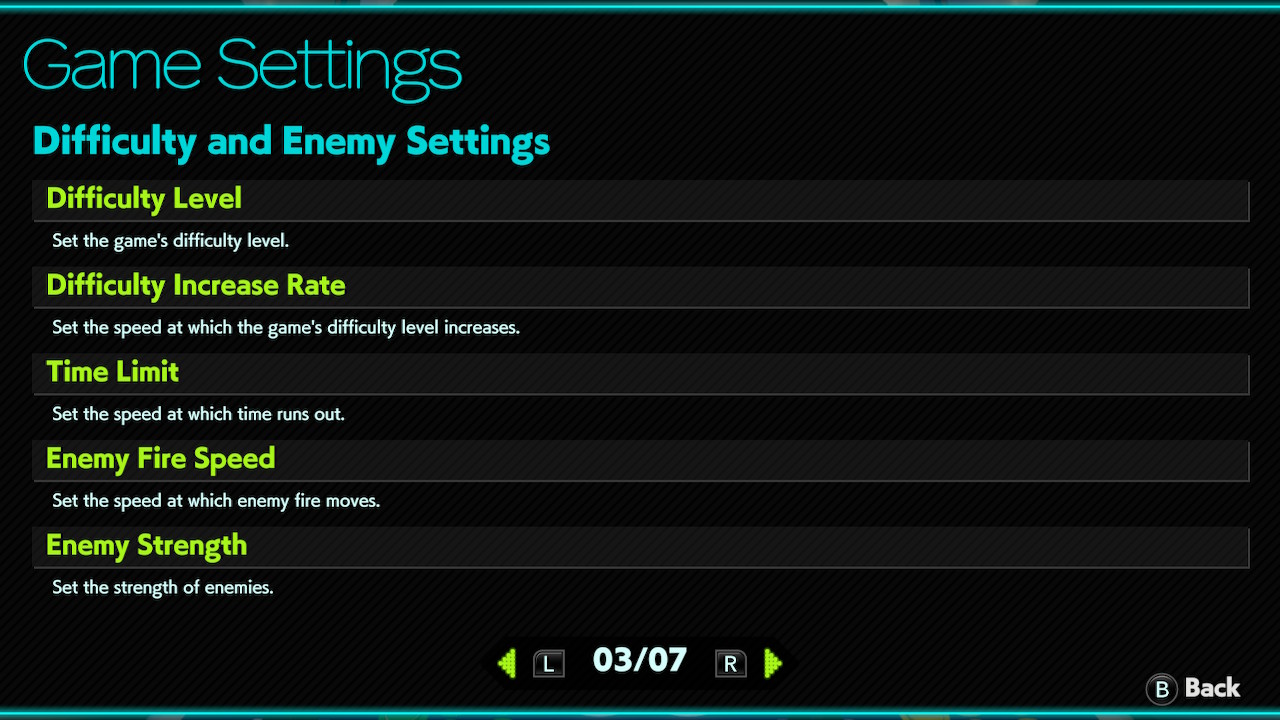 Don’t forget that all of these arcade games weren’t created with balance in mind, as they focus on getting from you as many coins as possible. They are unfair at times, frustrating at others, so decreasing the difficulty, rewinding any unfortunate moment of dying and things like that are totally acceptable for anyone who simply wishes to enjoy these gems. Did we also mention that you are able to save your progress of any game, at any time you want? Yeah, that is also possible and you can load that save file, continuing right where you left it. Taking in consideration Switch’s portability as well, you can literally keep the action going at any given time.

What keeps Capcom Arcade Stadium of having a perfect score, is the lack of Online Multiplayer and certain beloved games, that would otherwise elevate this title to new heights. That said, it’s an excellent trip to the past, with a good amount of content and tons of replayability. Certainly, a way of reminding us old-schoolers why we loved Capcom in first place and how empty our wallets were due to their arcade dominance. The Nintendo Switch received another great entry to its already big roster.