The latest news in the world of video games at Attack of the Fanboy
October 24th, 2017 by Kyle Hanson 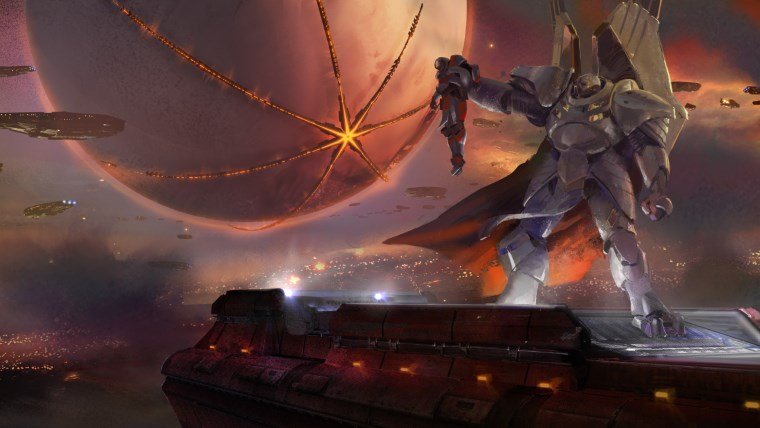 Ever since Destiny first arrived on consoles back in 2014, the game felt like it was made for the PC. The menus worked like on PC, the game was a blast to play with a controller, and mouse and keyboard controls could only make it better. Yet throughout the first game and its DLC Bungie never faltered in its devotion to consoles. With the release of Destiny 2 though we finally get to play the game with the most powerful hardware imaginable (if we’re lucky). Things could have went wrong, with Bungie either not dedicating enough to the platform, or not making necessary changes. Luckily they didn’t, and we have the definitive version of Destiny 2 available for all on PC.

This review will be focused mainly on the PC version of Destiny 2, for more robust information about the game as a whole I recommend checking out our main review of the PS4 version. There you will find that Destiny 2 has made leaps and bounds in its efforts to fix what some felt was wrong with the original effort. Destiny certainly caught the gaming world’s attention, but sometimes for the wrong reasons. It was an exceptionally solid shooter, but Bungie’s shift toward MMO-like mission structures combined with a fractured and incomprehensible story to form a package that fell flat for many, though millions found it enrapturing nonetheless.

NOTE: Destiny 2 relies on its server architecture and online features to operate. I’ve also not been able to put my full efforts into the PC build, playing through a majority of the game at an event at Bungie HQ in Bellevue. We’ll hold our final scoring and assessment until we’re sure everything is running properly. Still, I’ve played enough of Destiny 2 to offer this current review, and will update as needed.

This is the definitive Destiny 2 experience

I was one of the former, feeling that the game’s campaign was essentially broken, delivering none of the lofty promises made by Bungie ahead of launch. Years later the universe of Destiny has become more understandable, though it still dabbles in grandiosity and obtuse language too much. Where Destiny 2 solidifies things is around the characters and the more basic interactions between them. There’s no more “I don’t have time to explain why I don’t have time to explain” sort of hand-waves here. If it’s pertinent to the current situation, the player is told, and if it’s not, such as the deeper natures of The Traveler, The Light, The Darkness, and all that craziness, then it’s largely ignored.

Endearing characters cement the player’s attachment to the experience in the campaign. Failsafe was a particular highlight early in the game, and the humor this AI delivers helped soothe the feelings of worry I had diving into another Destiny storyline. The whole campaign is enjoyable, both for its story and its missions. Sure, there’s no huge standouts that deliver something astonishingly memorable, but each is fun to play through and allows for the replays that Destiny 2 will survive on. And the variety really helps, with no major theme making itself known, such as Destiny’s woefully overused “activate then defend” style of challenge.

Beyond the campaign, Destiny 2 offers Strikes, Crucible multiplayer, and the promise of Raids, though the PC version won’t get this till a bit after launch. All of this content will remain the same across PC and console versions, and these too feature improvements and changes over their Destiny 1 counterparts. A few of the Strikes I’ve played have especially impressed, delivering truly memorable moments like dodging a giant, spinning drill. Each mission, no matter what mode it’s in, will take place on one of Destiny 2’s four worlds, which are all new. 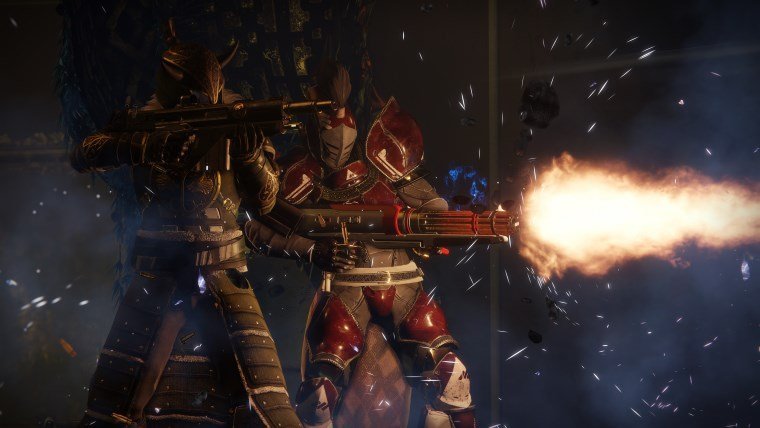 Here is where Destiny 2 really shines brighter on PC. Destiny 2 features some of the most vibrant and impressive environments that have been seen in a shooter. Lush foliage dot the landscape of Nessus, massive waves surge across Titan, and the wild of Earth’s European Dead Zone craft a somber tone. They looked amazing on PS4, and on PC they look even better.

Destiny 2 on PC runs like a dream, at least it has on the powerful machines I tested it on. There’s promises that lower end PCs can run it well enough to compete with consoles, and from what I’ve seen so far those promises seem pretty accurate. One a more capable machine though the game is simply sublime. Running at 4K resolution with 60 frames-per-second will not only be the best this game has looked, it will spoil you from ever looking at it on consoles again.

Destiny 2 was already a fantastic looking game, both due to its graphical prowess and the artists at Bungie crafting worlds that you want to explore. On PC all of these things are enhanced, with crisper visuals that feel more alive. It was tough to spot the finer differences while playing the game, but you can check out this comparison video that helps show everything in action.

There are two things that truly separate Destiny 2 PC from its console brethren. While the 4K resolution is great, few will be able to play at that high a level, and it doesn’t totally reshape the experience beyond making it look even better than it already does. 60fps does change things quite a bit though, and it was the first thing I noticed when moving back to Destiny 2 on PS4. Everything is smoother and easier to control at 60fps, and for those with a truly powerful PC, Bungie saw fit to unlock the framerate, allowing you to go even higher. 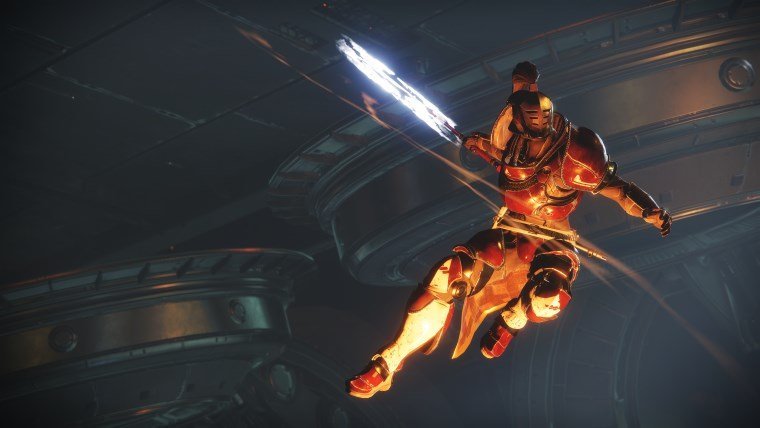 This combines with the other major factor, which are the keyboard and mouse controls. Console enthusiasts may prefer a controller, but there’s no denying that shooters work fantastically well with a mouse. The precision offered by this setup is second-to-none, and Destiny 2 utilizes it to great effect. Popping off headshots has simply never felt this good, and with Destiny 2 relying so much on players hitting with pinpoint accuracy, using a mouse truly enhances the experience all around.

What’s great is that Bungie and Vicarious Visions, who they partnered with for this PC version of Destiny 2, didn’t lose any of that magic that the console editions had. Even those who had trouble getting into the Destiny universe, such as myself, couldn’t deny that the shooting mechanics were pitch perfect. Movement, accuracy, recoil, all of those things worked together to deliver one of the smoothest and most enjoyable shooting experiences in all of video games. Shifting to PC could have had disastrous effects here, and while they had to change things like how recoil work, it all was to craft the same feeling in the PC package. The end result is an even better shooter than it was on consoles, which is truly saying something.

With all of that said, it’s important to note that this is still the same game as before. Destiny 2 doesn’t remake the wheel of the series, and if you weren’t a fan of how things played out with the first game you’ll also not be a fan of this. There’s also been some concern about the long term prospects of the game, with those rushing through the currently available content feeling like there’s little left to do. Those are special cases though, and for the average gamer, and even the hardcore Destiny fan, Destiny 2 simply delivers a better package throughout, which is made even better on PC.

With a better story, better characters, QoL improvements, and more interesting and varied missions, Destiny 2 was a better game than its predecessor on consoles, and it is even moreso on PC. This is the definitive Destiny 2 experience, offering 4K visuals at 60fps or higher with smoother and more precise controls.