Deus Ex: Mankind Divided was one of the standout games of 2016, offering gameplay with many layers and an intriguing world that was easy to get sucked into. We knew from the beginning that the game would be receiving two story expansions following its launch, with System Rift arriving shortly after and now A Criminal Past coming several months later. If System Rift felt underwhelming in a sense that it could have easily been included in the main game, A Criminal Past truly feels like its own self-contained story.

This is largely due to the fact that it takes place prior to the events of Mankind Divided, with Jensen taking on his first mission for Task Force 29 in events that are set 9 months before the main game. He’s tasked with recovering information from an undercover agent in the Pent House, which is a high-security prison made specifically for augmented criminals. Thus, Jensen is being sent in as a criminal himself to seek out this agent, though things quickly go wrong when he is immediately implanted with a chip that strips him of his augmented abilities.

While System Rift got some flack for stripping the character progression you made in the main game, it works really well in A Criminal Past and makes sense. Due to the aforementioned chip and it being a prequel, it only makes sense that you would be a weaker Jensen, though the game does give you the option to use Mankind Divided’s new augmentations or to stick with the standard ones for the sake of continuity when you eventually get your powers back. This restriction also results in some interesting gameplay scenarios towards the end of the DLC, but we’ll get to that later. 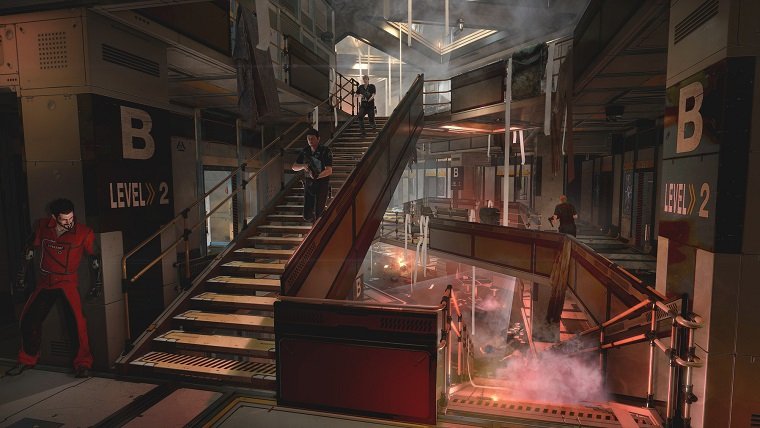 You start off the DLC with literally nothing, as you’re alone in your cell block and your only objective is to figure out where your contact is. Of course, things are never that easy for Jensen, as you soon find yourself forming relationships and doing favors for other notable inmates in order to get help with your mission. As a result, you’ll be wandering around the Penthouse seeking out people of interest, all while dodging guards, drones, cameras and all of the other hazards that you’ve come to expect from this series. The Penthouse is a fantastic level that provides lots of different ways for you to complete your objectives, allowing you to take out everyone in your way or never even let them know you were there.

Due to Jensen’s limited abilities, there’s an even greater emphasis on stealth here than there was previously. A keen eye will lead you to weapons that will allow you to take out some of your enemies, but it’s far wiser and more rewarding to maneuver your way around them unseen. Typical levels will have drones flying around while guards patrols their paths and cameras scan their surroundings, so the goal is always to figure out which path to take through these large and heavily-guarded areas in order to remain undetected. Computer terminals are once again the pot of gold that you’ll be looking for most of the time, which will often allow you to deactivate much of the resistance in your path. Accessing these terminals is accomplished by sniffing out the right code during your travels or by the returning hacking mini-game, which is as tense as ever as you need to complete it during the small windows of opportunity when enemies aren’t looking in your direction.

While I touched on how I felt the lack of being able to carry over upgrades from the main game was a strong point previously, it really does have a powerful impact on the proceedings here. Depending on how you play through this content will determine how many Praxis points you’ll accumulate to upgrade your augmentations, though you wont be able to upgrade them all. This means that you’ll undoubtedly come across situations where you won’t be able to perform actions that you otherwise would have, requiring you to choose your upgrade path carefully. I’ll avoid spoilers here, but there’s a certain situation between characters that can only be resolved in the best way possible if you’ve upgraded a certain skill. Just as was the case with the main game, this and similar junction points throughout the mission provide for a solid amount of replay value as you go back to see how things may have played out differently. 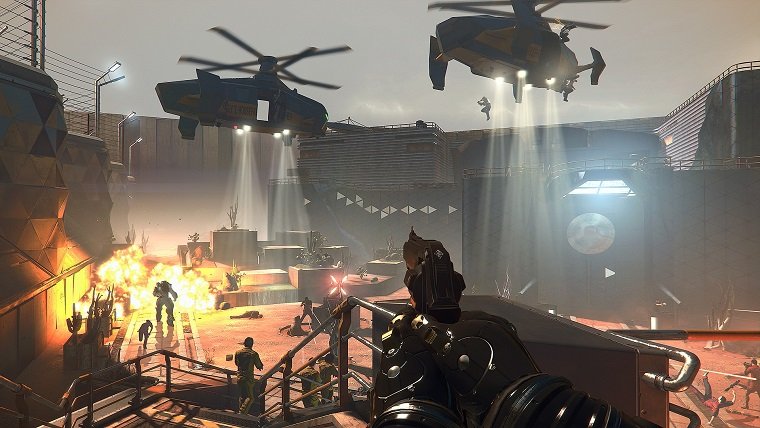 The narrative is the main aspect where A Criminal Past stumbles the most, as it doesn’t really have much of an impact on anything in the main game or provide a plot that really sticks with you. When all is said and done you don’t feel like you’ve really gleaned anything new, though there’s just enough of a tease at the very end to make fans start scratching their heads. Luckily, despite the underwhelming story, the characters that you meet along the way are very interesting and well-written. You truly feel like you’re an inmate in a high-security prison, and all of the politics and secret plans that you would expect from something like this are front and center. It all lasts for around 5 hours if you take your time to seek out the optional objectives, but it can other wise be beaten in a single session if you’re familiar with the series. However, the aforementioned junction points provide enough motivation to come back for seconds.

A Criminal Past will likely be the last that we hear from the Deus Ex series for a while, but if that’s the case then it at least ends things on a high note for the time being. The DLC offers a bite-sized version of just about everything that was great about the main game, while taking things to a new setting that offers plenty of variety and thrills to get wrapped up in. It may not deliver any grand revelations on the main story that was already a little lacking in that department, but it nonetheless is a worthwhile experience that fans will eat up.