Dragon Quest Heroes: The World Tree’s Woe And The Blight Below Review 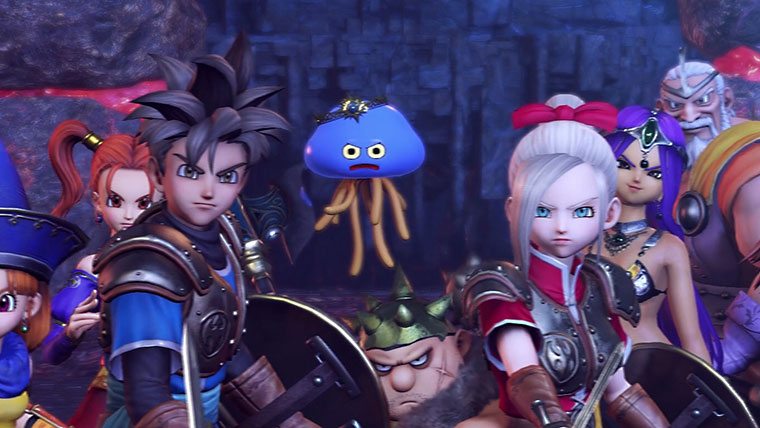 The Dragon Quest franchise is one of the oldest in all of gaming, though it has found much more support in Japan than it has elsewhere. With hype building for the first offline game in the mainline series in awhile with Dragon Quest XI, Square Enix has teamed up with a unique partner to combine the world of Dragon Quest with the increasingly popular musou style in Dragon Quest Heroes: The World Tree’s Woe and the Blight Below.

Omega Force is a developer under Koei Tecmo that is most well known for their highly successful Dynasty Warriors series, and last year saw them branching out even further with the very fun Hyrule Warriors. Now, they have taken their formula to yet another long-running franchise with Dragon Quest.

The musou style of gameplay is pretty distinct, with it having very strong roots in the hack ‘n’ slack genre. The Dynasty Warriors series has almost always had players running around large battlefields taking down hordes of enemies and that style of gameplay transfers over in Dragon Quest Heroes with ease.

Dragon Quest has a very rich history that dates back to 1986 and Dragon Quest Heroes does a phenomenal job at bringing together so many elements of the series into one game, albeit with a different gameplay structure. From the very beginning, the very recognizable Dragon Quest style soundtrack is present, with not only the music itself, but all the memorable sound effects that are included will just bring a smile to your face. 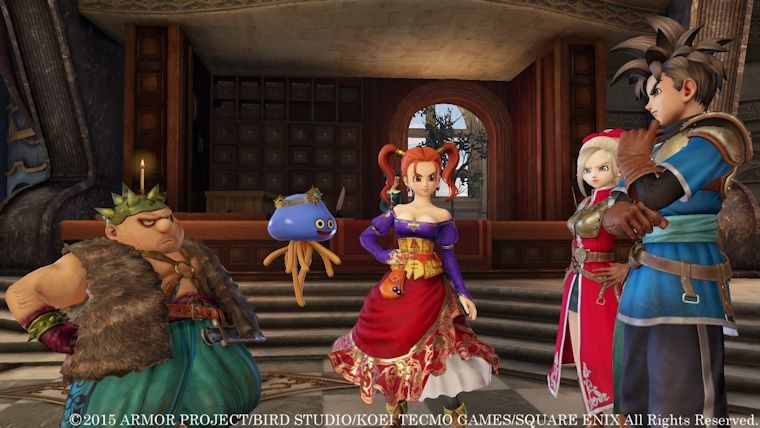 Offering a serviceable yet cliched story, the main characters are brand new to the series, but the rest of the roster is made up of classic characters from past entries in the franchise. Seeing characters for the first time in ages like Alena, Jessica, and Yangus is a trip down memory lane, but over half of the games in the mainline series have no representation in the playable characters at all, including even VII.

Between all the old and new, there is argument on how absolutely gorgeous this game looks from top to bottom. The Akira Toriyama designs have always looked good in the past, but being on PS4 has really allowed them to take this animated style to new heights. Even more, seeing just how beautiful this looks make the wait for Dragon Quest XI all the more difficult

In typical Dragon Quest form, the start of the game will find you in a small town, but everything really opens up upon getting the airship. This is your navigational tool to travel all around the map and get you from place to place, which is perfectly fitting for a Dragon Quest game, while also allowing the mission structure of a typical musou game to be present.

This is how the story starts to unfold, as you have the option to do the main story missions here, or just go after an impressive number of sidequests that will provide you plenty to do. Within each one of these missions, you will be tasked with fighting waves of monsters, which just like any musou game can get very repetitive, making this one better to play in short bursts.

These missions include objectives like destroying all enemies or protecting an area from being attacked. There are also boss battle missions, which can actually take quite awhile to complete, as typically there is more involved than just that one enemy. These are the missions where some type of cooperative multiplayer addition would have been very welcome, though it sounds like that is coming in the already in development sequel. 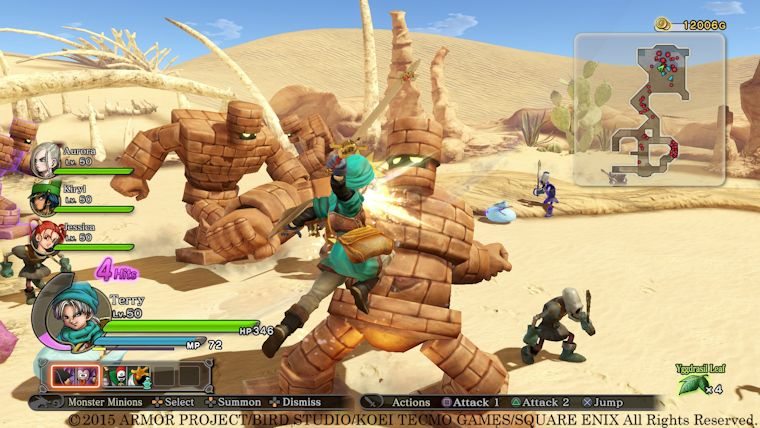 Each battle will have you taking on armies of enemies with gameplay that is rather simple to use, which is good for a game like this. There is the regular gameplay, with combos mixed in, as well as special attacks that you can unlock and upgrade in tandem with the game’s Skill Point system, which should be very familiar to fans of Dragon Quest.

Each character in the game has three different special attacks, with one unlocked from the start. These can be further enhanced by spending skill points, which will become very important the deeper you get into the game. There is also the ability to unlock increased attributes and specials that are the same across the board, as well as some unlocks that are exclusive to each individual character.

A fantastically crafted love letter to fans of the series

While fighting the variety of different enemies within each area, you will collect what are known as Monster Medals. These are very useful, as you can then summon said monster to help you when you are being overwhelmed from many different angles. This is a little wrinkle to the gameplay that adds a whole new layer of strategy into each fight, which is just what a game like this needs.

The airship also is very important, as it houses very important locations that fans of the franchise will remember like the Weapon Shop, Alchemist, and Chapel. This really does further bring out the RPG element that really makes it feel at home with the rest of the Dragon Quest series.

Within these various locations, the aforementioned Weapon Shop and Alchemist will quickly become two of the most important places, as you are able to buy weapons and craft new accessories that will help you in battle. Throughout combat, you will come across a bevy of different items in little bags, just like in the mainline games, which can then either be sold for Gold to use on the weapons or use them together to alchemize. The alchemy mechanic is not the most complicated, but it adds in a solid RPG element that fits well with this game. 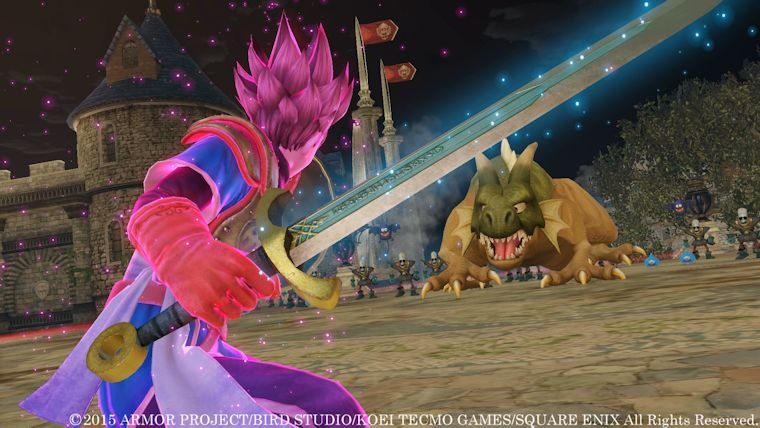 The Chapel plays a very big part in the game, as it not only allows you to reallocate the aforementioned skill points, but more importantly holds the save system, which has a two-pronged approach in Dragon Quest Heroes. The game gives you the option to have auto-save on that is done quite often and stays ongoing at all times. On top of that, there are 10 save slots that you can use to “Confess” and save manually with, allowing you to have some safeguards in place throughout the game, which is always good for a game like this.

Just like how Hyrule Warriors was to the Legend of Zelda franchise, Dragon Quest Heroes is just that to Dragon Quest, serving as a fantastically crafted love letter to fans of the series. Best played in short bursts due to the nature of the genre, the musou action is very well designed, while also meshing well with the world of Dragon Quest. Toriyama’s designs look better than ever on PS4, and while this style of game isn’t for everybody, Dragon Quest Heroes: The World Tree’s Woe and the Blight Below is a shining example of a partnership done just right that may just attract some new fans to both franchises.

Dragon Quest Heroes: The World Tree's Woe and the Blight Below