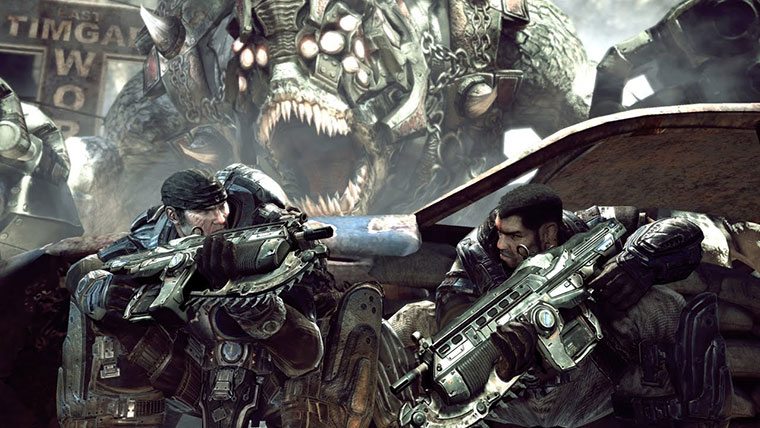 Remakes, Remasters, and Re-Releases have become the standard for the Xbox One and PlayStation 4 generation of consoles.  If a game saw even a modicum of success it has been deemed worthy of a release on the new platforms.  Some have been worthwhile, but some have left us scratching our heads wondering why.  While most of these games were at least decent to begin with, in most cases they end up being higher resolution versions of identical content from the PS3 and Xbox 360.  Most of them aren’t worthy of the term re-master, and not even close to earning the title of a remake.

Gears of War: Ultimate Edition falls somewhere in between.  It’s not quite a full-on remake.  It’s certainly not just a re-master, and it’s definitely not just a re-release of old content.  Like Halo: The Master Chief Collection, Gears of War: Ultimate Edition is a more ambitious project, maybe it doesn’t have as much content as 343’s effort, but it makes up for that in visual upgrades that bring the near 10-year old shooter to a new generation of players.

The thing to remember about Gears of War: Ultimate Edition is that this game is almost 10 years old.  The mechanics which influenced an industry at large and ushered in the next-generation of Unreal Engine games are dated.  This game is no longer paving the way with its unique cover system, and it doesn’t look the part of a 2015 release no matter how much shinier it gets.  This can be attributed to The Coalition sticking with Unreal Engine 3 for this Ultimate Edition of the game.  That said, Gears of War: Ultimate Edition is a nostalgic trip for fans.  It’s still a solid shooter that looks much better than the initial release.  Environments are beautifully redesigned, cutscenes have been paid a lot of attention, this Ultimate Edition of Gears of War is probably as good as we’ll ever see when it comes to visuals for this first game in the series. 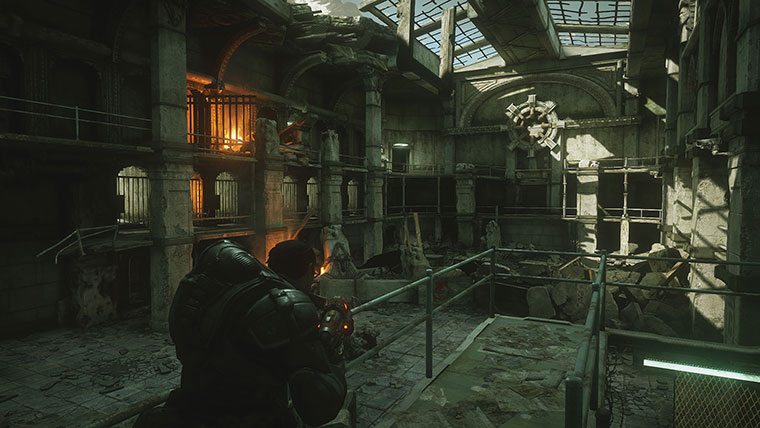 Let’s start with the single player side of things.  Is single player Gears of War going to blow you away in 2015?  No.  That’s not to say that the Gears of War’s campaign is horrible or intolerable, it’s still a lot of fun to play, and if you add a friend to the mix things are even better.  You just can’t escape some of the dated tech.  AI and scripting have come a long way in 10 years, ways  that games are designed have changed and there are many times where Gears shows its age here.  Times where enemies or A.I. teammates don’t show up or go to their pre-determined spots to progress the story happened numerous times in our playthrough.  Unfortunately, this requires a checkpoint reload.  Although it’s been almost ten years, I can still remember actually doing this the first time around.  So some of the old problems are still there in Gears of War Ultimate Edition.  What has been changed on the single player side of things is mostly the graphics.  The single player is still locked in at 30 fps but the game is in 1080p.  Lighting, environments, characters, and almost every aspect of the visual presentation has been at least touched up and in some cases completely redone.  While it doesn’t look like a new-gen title in all aspects, it’s had a significant amount of work done to it to bring it awfully close.

The campaign in the original Gears of War isn’t the best work that Epic Games did in the series.  They most certainly got better as the series ran-on, but it is the game that introduced the cover mechanics that so many games copied.  Single player is essentially a long series of bombastic and bloody firefights where you use the environment to take cover, flank, and battle the locust horde with a variety of weapons.  It’s still quite fun, actually.  You can definitely see why this game started a trend in the third person shooter genre.  It holds up surprisingly well for its age.  And for those who only played this on the Xbox 360, there’s some additional story content that was exclusive to the PC release. 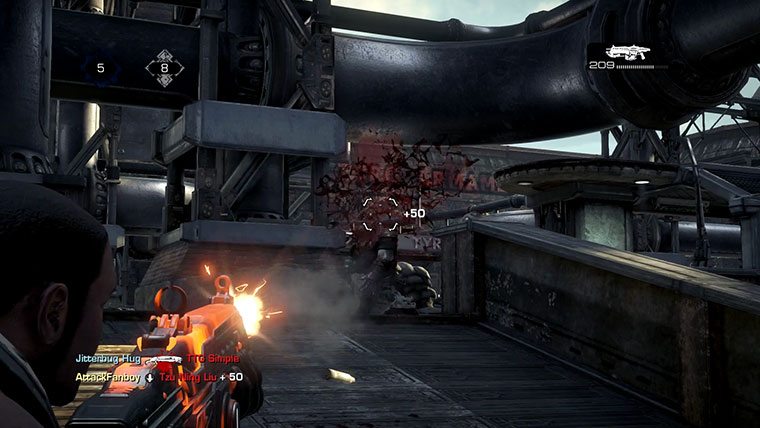 The real star though for Gears of War has been its competitive multiplayer.  This is the aspect of the game that kept fans glued to their controllers long after the campaign credits rolled.  Gears of War: Ultimate Edition is no different, and in many ways it feels like this is the major selling point for this release.  However, given the issues that Microsoft had with Halo: The Master Chief Collection, I wasn’t quite sure what to expect when I fired up Gears of War: Ultimate Edition’s online mode.

First and foremost, if you want to get a real good idea of what the difference between sixty frames per second looks like when compared to thirty frames per second, just compare the Gears of War campaign with multiplayer.  There’s a fluidity in the 60fps multiplayer offering that single player just doesn’t have.  The multiplayer looks fantastic, runs smooth as silk, and the connections to other players seems stable.  That is a relief, considering just how many games have bungled their online launches in recent memory.  The beta test that rolled out around E3 can probably be thanked for that. 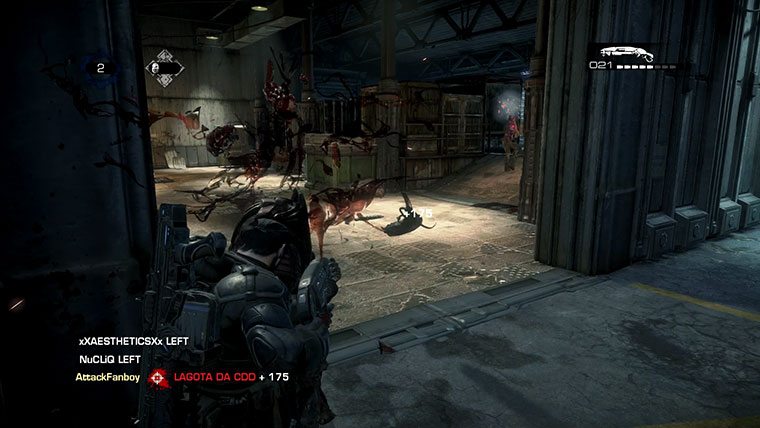 There’s a bunch of extra content in multiplayer to make this the more robust portion of this Ultimate Edition.  Gears of War, like other good multiplayer shooters, is the gift that keeps on giving. There are nineteen maps, which includes all of the ones that arrived as downloadable content on the Xbox 360.  There are PC-exclusive maps stuffed in there as well.   Each one looks like there was a considerable amount of time spent on bringing it up to par with new-gen standards.  Multiplayer looks good enough at the 60 fps benchmark that it gets you kind of excited about what this game could play like when Gears of War 4 rolls around, new engine in tow.  The mechanics of the multiplayer are still fun after all these years.  The hide and seek style gameplay, the rewards for teamwork and communication, the satisfaction of curb-stomping an enemy opponent that may have had your number —  it’s all still so gratifying for the multiplayer aficionado.  The progress system still works as well, a system of unlocks will keep you working towards grinding your levels for new character skins and other unlocks.

After spending some time with multiplayer, Gears of War: Ultimate Edition will make you not only feel some nostalgia for this popular Xbox series, but maybe even question why we’ve had to wait so long for a new Gears of War game on the new hardware.  Ultimate Edition is a stop-gap in the wait for Gears of War 4, but the multiplayer is still so sound after all these years, that you can’t help but think a new game in the series could move the needle when it comes to console sales. Two years into the Xbox One’s life, Gears of War is still one of Microsoft’s best exclusive franchises and Ultimate Edition hammers this point home like a Locust with a Torque Bow.

Somewhere between a remake and a remaster, the work done to the original Gears of War is evident at every turn.  You’ll come to see the impressive new coat of paint, but you’ll stay for the timeless multiplayer.