The latest news in the world of video games at Attack of the Fanboy
October 5th, 2017 by William Schwartz 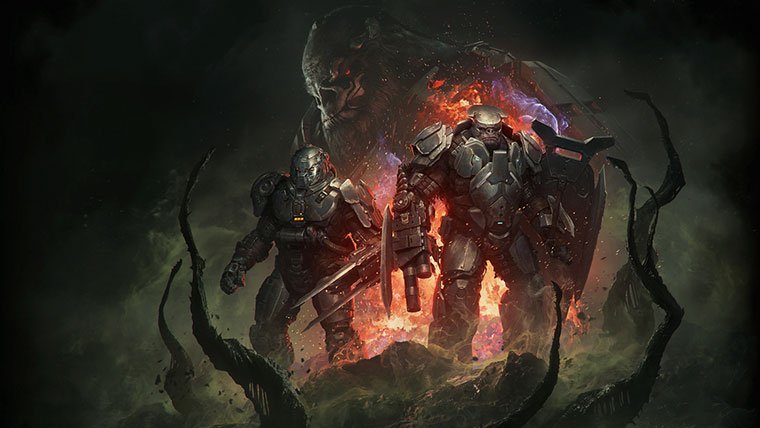 Halo Wars 2 arrived earlier this year as an Xbox One and Windows 10 Exclusive.  The investment to resurrect this IP was a risky one.  Microsoft Studios teamed with one of the best developers in the genre, Creative Assembly, for a Real Time Strategy title at a time when most developers were working on a new hero shooter or MOBA.  It did not seem like a recipe for success and I’m not sure that it was one for them in terms of sales. The game didn’t get bad reviews.  It is currently rated as generally positive on the review aggregator, Metacritic.  A brand new expansion to the game has arrived in Awakening the Nightmare and with us being nearly eight months out since launch it’s time to go back and check the pulse on one of Microsoft’s most highly touted exclusives of the year.

I was a big Halo Wars fan.  The now defunct Ensemble Studios did an amazing job with that first game.  It featured both an incredible campaign and online multiplayer that was good enough to keep you coming back for more.  Though even as one of the most devout Halo Wars fans, I wasn’t that impressed with Halo Wars 2 at launch.  I even passed on our original review of the game due to a bias that I might have towards it as I had sunk so many hours into the original.  Heading in to Halo Wars 2 at this point I did not have high expectations for the game, but was pleasantly surprised to see that there’s a thriving community on Xbox One, a lot of new content in terms of leaders, well balanced gameplay in competitive multiplayer, and a number of fun new modes for the game. 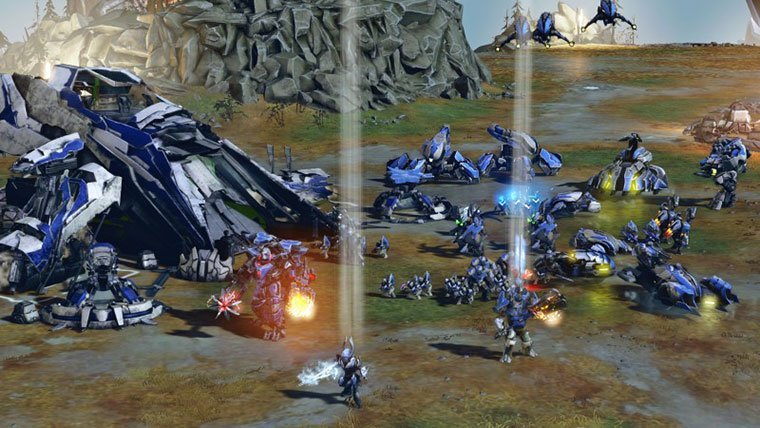 Most of my time with the original was spent in competitive multiplayer and that’s where I started with this second look at Halo Wars 2.  For something that’s been deemed as DOA in terms of having a player base there’s still a bustling community of Halo Wars 2 players on Xbox One in the competitive modes that are out there playing in the competitive seasons that the game features.  At this stage of the game, there’s a lot of content here.  The number of hero units have been doubled, and this has considerably changed the landscape of the battlefield as each one features unique abilities that players must use wisely.  The Complete Edition of the game, which we used for this second look at Halo Wars 2 features all of this content.  These new heroes were doled out to Season Pass holders on a monthly basis, and those who didn’t opt for the Season Pass would’ve needed to have paid $5 per hero as they arrived.  What felt like a vanilla experience at launch seems more robust at this point with multiple unique character classes to use across a variety of competitive game modes that allow for ranked and unranked play in either 1v1, 2v2, or 3v3 scenarios.  The balance between all these different leaders is a delicate one for Creative Assembly to balance, but by my account they’ve done a good job.  Where I saw the biggest imbalance wasn’t on the competitive battlefield itself with overpowered leaders and units, but in the matchmaking for the game that often times matches you with players that are far more experienced if you are a newcomer to the game.

A spin-off of the competitive multiplayer is a brand new mode called Terminus Firefight which is much different than anything else in the game.  This cooperative mode is a “Horde” type experience that really seems to draw a lot of inspiration from the Gears of War series.  Here players must collaborate and defend the Terminus as wave after wave of enemies attack.  As the waves increase in difficulty the computer will start throwing numerous combinations of units at the player.  The mode allows you to pick your favorite character and it gives you access to all of their special abilities and units, but the twist is that you can also set up defenses around the map that include things like barriers to slow down the onslaught.  This culminates in boss waves where massive enemy units hit the battlefield.  It’s an interesting twist on the cooperative portion of the game and definitely something for RTS players who don’t like the intensity of PvP. 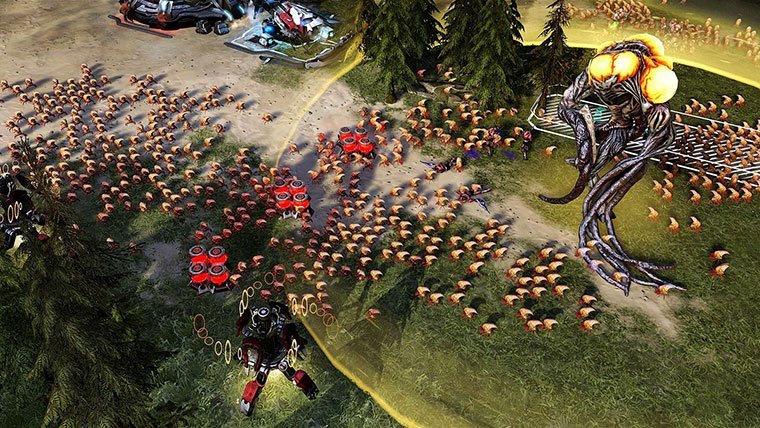 It’s not the only mode in Halo Wars 2 that features PvE, there’s an excellent campaign here as well.  You can tackle this either on your own or with a cooperative partner.  While it’s not a mainline entry in the Halo series, it tells an interesting story.  One of a powerful Brute leader that the Covenant at the height of their power couldn’t even take down.  For fans of the Halo lore, this offshoot story is a can’t miss.  It’s told beautiful cutscenes interlaced within the RTS gameplay.  It’s a shame that Halo fans that are only into first person shooting will miss this main story.  Hopefully 343 continues to take the series in this direction.  There are a number of interesting characters that are introduced here that could play integral roles in Halo 6.  Though most recently, the release of Awakening the Nightmare expands on this narrative and puts players in the role of the Banished faction fighting against The Flood.  This five mission campaign adds even more to great campaign.  Halo Wars 2 Complete Edition does feature this content, as well as the two central leaders from this storyline in multiplayer, but for those that purchased Halo Wars 2, even with the Season Pass, will need pony up $20 for admission.  This is a point of contention among Halo Wars 2 faithful.  While Creative Assembly and 343 delivered a lot of content in the Season Pass for the game, asking players to open up their wallets yet again is divisive.

While most of our time taking a second look at Halo Wars 2 was spent on the Xbox One, we did go back in and look at the PC version of the game as well.  It supports 4K resolution and HDR so it was worth taking a gander at to get an idea of what it’ll look like on Xbox One X when the new console releases this fall.  Halo Wars 2 on PC looks amazing, but unfortunately the PC gaming community did not take to the game with enough numbers to give it the same type of community experience as the Xbox One version.  Trying to find matches on the PC was a long process that many times ended up in unsuccessful matchmaking attempts.   While Microsoft did ultimately end up releasing Halo Wars: Definitive Edition on Steam, it would probably help the community if they’d just release Halo Wars 2 on there as well.  Until they do, it’s hard to recommend purchasing any version of Halo Wars 2 for the PC at this point.  Though it’s worth noting that this is a Play Anywhere title that gives you a copy of both the PC and Xbox One version with one purchase.

Halo Wars 2 got out of the gate a little on the slow side, but in its current form in the Complete Edition it’s got a ton of content.  The Awakening the Nightmare DLC and all of the characters available for players to master make this one of the most robust competitive RTS games on the market and there’s really nothing like it on consoles.  While you don’t need to be a huge Halo fan to enjoy Halo Wars 2 and its strategic gameplay, those that are will obviously get the most out of it.  This spin-off story of a new war with the Banished is both interesting and well-told, offering some of the best cinematic content that the Halo series has ever seen.  While early adopters might be a bit miffed on spending an extra $20 to get the full experience in Awakening the Nightmare, Halo Wars 2 Complete Edition feels like a good spot where anyone can still jump in.