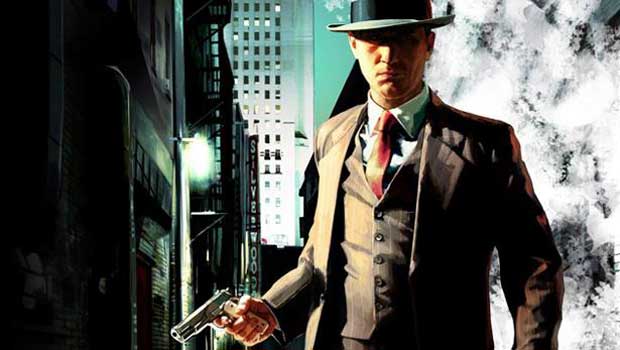 L.A. Noire is a gritty, single player detective game set on the infamous streets and in the smoke-filled back rooms of post-war Los Angeles. Designed and developed with a nod to the classic film noire movie genre, L.A. Noire blends crystal clear graphics that bring the iconic look and feel of the era to life, with a combination of innovative technology and unique gameplay that allow you to solve crimes through interrogations and investigation. The game includes five LAPD based crime desks to work, the ability to analyze the case as well as suspects for clues, throughout an accurate block-by-block recreation of eight sq miles of 1947 Los Angeles.  Each case features a distinct storyline with a beginning, middle and end, and each successfully solved case brings new challenges and leads Cole closer to the true story at the dark heart of the Los Angeles criminal underworld.

Believe the Hype – Over the course of my history with video games, I’ve fallen victim of the hype train more times than I can count.  With a gaming history littered with gimmicks that were touted as something much more than they actually were, it’s rare that something comes along and can be seen as literal “game changer”.  LA Noire’s big feature that has been touted over the months leading up to release, is the facial motion capture technology used in the game.

It’s a fact that video game developers and graphic artists have perfected the inanimate object.  Cars, trees, buildings, objects, lighting, developers have captured these things and have begun to make photo-realistic experiences in today’s games.  One piece of the puzzle that is still missing, is re-creating a believable human face.  With the narrative elements of most games pushing along with the use of beautifully rendered cut-scenes, the one glaring piece of the puzzle that is always missing is the believability of the characters in these scenes.  Usually these cinematics are saddled by poor lip-syncing and animatronic facial features.

In LA Noire, this has been remedied for the most part.  The level of quality in the facial animations have never been seen before in video games.  I was very skeptical prior to release on just how well it would actually be implemented, and was blown away when finally seeing it in action.

Innovation and Tradition – The concept of LA Noire is an ambitious one.  You play the role of a detective that must uncover clues to solve mysteries in post war Los Angeles.  The facial technology, as talked about above, is coupled with a wide array of new gameplay elements that come together to make the full experience.  You’ll be examining crime scenes for clues, questioning witnesses, using evidence to trap suspects into lies, there are a wide range of variables that come into play in LA Noire that have never been seen before.  Stand alone, these things don’t really make for the funnest of experiences.  They are methodical core elements of the game, that are mixed with more traditional things that gamers are used to.  Breaking up the investigative sequences are chase scenes, both in-vehicle and on foot, hand to hand combat sequences, third person shooting scenarios, and plenty of driving.  One thing that LA Noire doesn’t do, is define itself within one specific genre, and possibly creating one in its own right.

A Twisted Tale –  A game driven by narrative should have a great story, one that takes you on a fantastic ride, introduces you to fantastic characters, and hold your interest.  In LA Noire, I thought the story was exceptionally paced and nailed all three of these key pieces.  From your introduction to Cole Phelps as low level street beat cop, who takes a chance to solve a mystery by going against standard protocol, all the way through his rise to the top, LA Noire adds twists and turns in the main story enough to keep you guessing, and grinding for more.  While the major story narrative is driven through flashbacks, and hidden items throughout the game, it’s also driven by the cases Cole solves throughout, which have their own miniature story to solve within each.  This is where I thought Bondi achieved a level of greatness.  The sheer variety of cases and colorful characters that Cole interacts with throughout the game to solve specific instances never get stale, and some of the mysteries are down right twisted.

Emoting – With the new technology used in LA Noire, actors were able to deliver powerful and much more believable performances than anything I have ever seen in a game before.  Numerous times throughout the rather lengthy campaign I had to remind myself that I had a controller in my hand while watching the characters interact onscreen with lifelike performances.  It goes back to the facial capture technology.  It captures everything that the actor expresses.  It gives the game a different dynamic and can conjure a different level of believability that has never been seen before.

A Taste of the Future – After playing through LA Noire, I think other developers will look at how well Team Bondi pulled off the facial capture and take it a step further.   That’s not to say that all will delve into more complex narratives and movie like structure, as LA Noire does.   I just believe that the facial capture technology adds instant credibility to the story going  on on-screen.  You can see the potential for any game that moves its story along by cutscene, to use this sort of tech to further both the immersion and believability of the characters.

A Presentation to Die For –  LA Noire is a beautiful game, even when you cut out all of the facial capture technology.  The era has been preserved from the recreated streets of LA, period specific vehicles, clothing, music, and of course an homage to film-noir .  The game manages to run the gambit from pretty to obscene and for the most part, it’s all very well done.  You’ll visit new and distinct locations across the sprawling city that offer a bundle of clues to uncover while on the case.  In your search, you’ll find clues strewn throughout locations of interest and be guided by a musical warning to alert you to the possibility of evidence nearby.  You’ll encounter grizzly murder scenes, interrogate both the innocent and the guilty, and it will be your job to piece together these mysteries which are accessed by a journal, which Cole keeps on his person at all times.  The journal is seamlessly integrated into the gameplay in such a manner that you’ll be able to check off questions to ask a suspect, and contrast these answers to the evidence that you have and ultimately either get answers, or in some circumstances a confession.

The game progresses from a levelling standpoint as well.  You’ll earn points for drawing truthful response from suspects, and its a game that will definitely have you using your head when determining whether what the person in front of you is telling the truth or not.  Each case can play out in a variety of ways.  In certain instances, your direct questioning and assumptions will make a suspect give up all the information that they have.  In others you’ll anger them and need to continue to search for other clues.  At the end of each level you’ll be told what you could have done to get the answers in a different way.  It’s always interesting to see the alternative possibilities of the game and even cooler to go back and play through them for yourself.

A Blast from the Past – LA Noire is not a completely revolutionary game.  It takes some new elements, mainly the detective work, and incorporates them into what feels very much like a Rockstar game.  It’s kind of like Grand Theft Auto, but without some of the liberties that you can take on the civilians.  Driving is probably the worst thing about LA Noire, and unfortunately you’ll be doing a lot of it by default.  No matter how much I concentrated on driving well, each and every case ended up with me being deducted points for crashing my vehicle.  I think there was a bad mix of poor A.I. drivers, an attempt to recreate super congested areas, and poor controls in the driving aspects of L.A. Noire.  There is an option to allow your partner to drive to destinations, but you don’t get to see nearly as much of the city if you take this route.  It’s a give an take, if you can put up with poor incorpotation and implementation of map use, and iffy driving controls, you get to see a lot of this well designed city.  Or you can bypass it completely but you miss alot.

Beauty and the Beast – There are definitely some frame rates issues with LA Noire.  It’s not a complete deal breaker, and nor is it prevalent all the time, but it does crop up enough to take notice.  Other graphical glitches included the famous texture pop-ins that used to occur in previous Rockstar games when galavanting across town in your vehicle.  Even with these minor annoyances, the game shines in the graphics department.  I suppose because the game is so polished in other areas, you definitely notice them during the extremely lengthy campaign.

Rinse & Repeat – What Team Bondi did here was nothing short of brilliant.  The game is a refreshing change of pace of what has now become “traditional” gameplay.  The investigation pieces that are tied together into one larger story of a mans life as a detective, is and was amazing.  However, some of the crime scene pieces, and investigations for clues are a little bit repetitive.  The whole get to crime scene, examine points A,B,C, gets a little redundant towards the end of LA Noire.  The many side quests, massive city to explore, and extras to earn, will do well to occupy you if this becomes the case, but the truly innovative stuff does get rehashed quite a bit.

L.A. Noire is definitely ground-breaking stuff.  After getting the chance to play through it, I think it definitely marks a landmark in gaming from a technology standpoint.  The story telling devices used in L.A. Noire open new doors for developers to explore believable narrative driven games.  The actors delivered a monumental performance in L.A. Noire, one that in my book, is the best I’ve ever experienced in a game.  However, L.A.  Noire is a game that can be quite conflicting.  There are times when you are sitting there watching the performance of the actors on-screen and forget all about that controller in your hand.  Then, there are others where more traditional gameplay mechanics rear their ugly heads to remind you of design flaws of yesteryear.  Overall though, LA Noire is an exceptional game that truly must be seen to be believed.

More on Attack of the Fanboy :
LA Noire Xbox