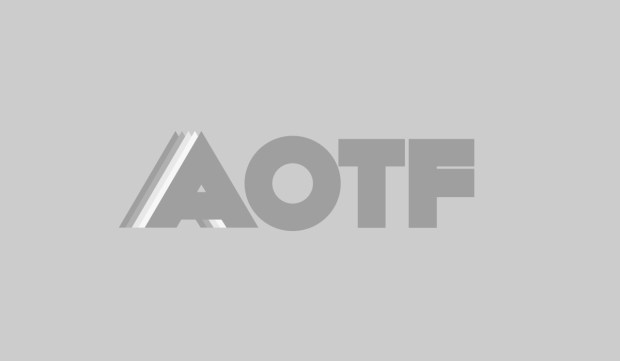 It’s been a decade since the last Marvel Vs Capcom game was released, and the years have been very very kind to the franchise.  The 2D fighting game from Capcom has progressed leaps and bounds in recent years with the Street Fighter series.  Marvel Vs Capcom 3 has gotten the same treatment.  I consider myself a casual fighting game player, so the biggest comparisons I can draw in the game are that between Super Street Fighter IV and Marvel Vs Capcom 3.  Most of the special moves and combos feel like the ultras from SSFIV.  That being said they are a bit more frequent and because of that there is a lot of eye candy in Marvel Vs. Capcom 3.

It’s all very sexy actually,  right from the moment you fire up the game you are treated to an all new trailer that doesn’t get old no matter how many times you watch it.  It’s all styled in comic book wash that you might expect.  Font’s and Backgrounds mixed with pairs of fighters squaring off mark the pages as you select what you want to do in Marvel Vs Capcom 3.  Which is usually bringing you to the fighting.  No matter which mode you choose, Arcade, Versus, Training, Mission, or Online you are in for a visual treat.

As many of the screenshots and videos that have been released for the game have shown in great detail, Marvel Vs Capcom 3 is a vibrant and colorful game, a beautifully rendered game.  Perhaps it’s one of the best looking fighting games I have ever played.  What isn’t shown in the screenshots and videos, are the wide array of moves that each character posseses.  Within these move sets for each chracter, there are 100’s of animations which seem to flow together seamlessly.  Tagging back and forth between teammates and calling for assistance is a big part of Marvel Vs Capcom 3.  Team management is a deciding factor in many battles in this game, and it works flawlessly each and every time.  To a flaw almost.

We are all familiar with some of the big names in the game.  Wolverine, Deadpool, Ryu, Dante, some very popular characters from both factions are gonna be favorites for most.   But Marvel Vs Capcom 3 has also included some niche characters that make their place well in the game.  Through interesting sets of animations, special moves, and character models the least likely of characters just may become your favorite to play with, if just for some of the visuals that are achieved.  Aside from the visuals each character has personality attached to him or her.  These characters each feel as you think they would.  From the cocky smack talk of Deadpool, right down to trollish taunts of M.O.D.O.K., each character has a level of detail that goes far beyond just the superficial looks or actions that they can perform.

Standard fare for Capcom fighters are the inclusion of a robust set of game modes to hone you skills.  Marvel Vs Capcom 3 is no different. Loading up the game you will find that you have a wealth of options at your disposal both online and off.  You offline modes are broken into four segments.  Your standard Arcade Mode will have you selecting three fighters to take on all comers, as you battle your way to the game’s boss character, Galactus. Local Versus mode where you will be able to battle local opponents from the comfort of your couch is of course included.  Training, is an open sparring session where you can test your combinations without the computer putting up a fight.  And finally the Mission mode, who’s name is a little misleading.  Your mission being to perform very specific combinations or moves.  These four modes are highly recommended as a starting point for the Marvel Vs Capcom 3 newcomer.

The gameplay has changed significantly from Marvel Vs Capcom 2 and it’s also a deviation from the traditional controls of a Super Street Fighter if that is what you have been getting you fighting fix from.  I will touch on this later in the review as I wasn’t as impressed with the new controls setup.

Marvel Vs Capcom 3 does have your standard online features as well.  You have your ranked as well as player matchups, where a matchmaking service will match you with players also looking for matches.  At the end of a match you can opt to rematch, or return to the character selection screen to readjust your lineup.  Of course you always have the option to back out of the current matchup as well.  Aside from the standard 1v1 matchups you also have the option to create a lobby or join another’s already in progress.   The lobby mode has some great points like the ability to chat and see the progress of the match, as well as see statistics about who the players are using and victories and streaks..etc.  All in all the online runs smooth, and a lag free experience is pertinent in an online fighter.  Lag has been one issue that I haven’t encountered in the slightest.

Through all of these gamemodes, you will earn experience, unlock character costumes, movies, character bios, character endings, character models, artwork, and sounds.  These can all be viewed in the gallery tab of the main menu, and as beautiful a game as Marvel Vs Capcom 3 is, there are some very nice treats to be earned indeed.

The new control scheme for Marvel Vs Capcom leans a tad to the casual player.  I think that Capcom struck a good balance between making the game accessible and challenging for those that want more out of the game.  But, being that it is more accessible there’s a lot of spam occurring in the online mode of the game.  The default controller breakdown has the buttons mapped for Light, Medium, and Heavy Attacks with Specials being one button press away.  Many of the combinations that can rack up 30 hits or more are executed by the press of a button and the flick of an analog.  They are definitely not as intricate as say Super Street Fighter IV and I think it kind of hurts the experience.

If you take the time to play through the mission mode, you will find that many of the characters moves are derivative of one another.  The game repetively teaches you to perform the same moves with pretty much every character.  There are some tweaks, but for the most part it feels that the combinations are very similar because they are only three buttons to choose from.

It is also highly recommended that if you are seriously going into Marvel Vs Capcom 3 do yourself a favor and get a fight stick.  The Xbox 360 version of the game has better controls than alot of fighting games I have played, but input can still be frustrating.  This is even more apparent in the heat of a battle.  Executing moves in training with the Xbox 360 controller is one thing.  Stringing combos together in the heat of the moment in an online battle is another.  Many times you don’t have the opportunity to try a move three times to get it to work.  Simple moves like standard 1-2-3 combinations aren’t hard on the controller, but when moves require the user to input more complex analog stick inputs it can get a little tricky.  Your best bet is a Fight Stick, and although this game was reviewed on the Xbox 360, the PS3 Dual Shock is notoriously better for fighting games so that may be a better option as well.

The stark difference in the controls between using the Xbox 360 Controller and  a fight stick should be night and day.  The sluggish nature of the Xbox 360 controller speeds the game up immensely.  So with Marvel Vs Capcom 3 being an already fast paced fighter, be prepared to practice if you choose to go the route of the controller if just to get the hang of the way it handles.

There wasn’t much to hate on with what was included in Marvel Vs Capcom 3, as much as what wasn’t.  No Spectator mode in challenge lobbies is a big minus for the online play of Marvel Vs Capcom 3.  Not being able to see the action unfold in front of you takes you out of the game for quite a while in a full lobby.  While you can still entertain yourself with in game chat or the other vital statistics that are shown in the lobby, it would have been nice to be able to view the game in real time.  I must note that there is a status bar which shows you the progress of the fight, labeling each characters energy levels.  So there is some indication of the battle at hand.  And the non inclusion of this feature very well may be the reason that Marvel Vs Capcom 3 has zero lag, but it’s still hard not to wish for.

Furthermore, in the lobbies, if someone quits on you before you have started a match you go to the back of the list which is extremely frustrating.  Noone likes to wait between games, but having to wait double because someone decides to leave during character selection shouldn’t have an impact on whether you get to play or not.  This is something that can hopefully be patched in the future.

From the moment you pick up Marvel Vs Capcom 3 you are treated to one of the best fighting experiences that has been made.  Capcom is running neck and neck at this point with it’s only competition being itself.  The lip service to the fans of Marvel and Capcom wrapped in a completely diverse and addictive collection of game modes, will have you yearning to perfect your game, and earn all unlockables.   A game that looks and plays as good as Marvel Vs Capcom 3 is sure to have a large following in 2011, which should give you ample opportunity to get online and earn your stripes with this great fighter.

Attack of the Fanboy / GAME REVIEWS / Marvel Vs Capcom 3 Review

Marvel vs Capcom 3: The Fate of Two Worlds