The latest news in the world of video games at Attack of the Fanboy
September 13th, 2017 by Bill Hess 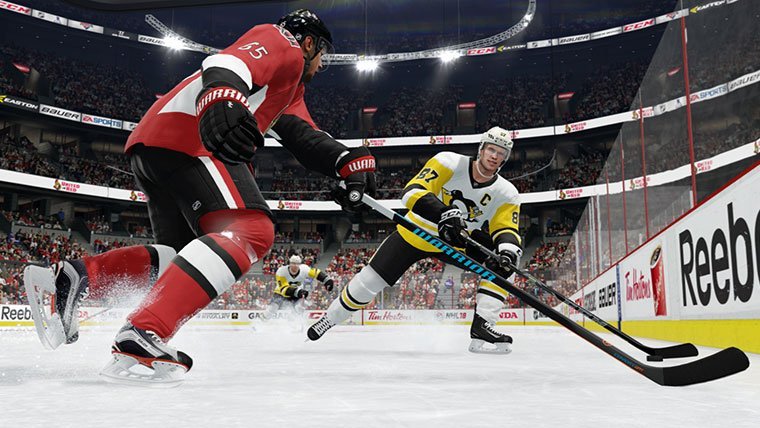 EA Canada has been making good of being the only game in town when it comes to video game hockey ever since 2K left back in 2011, never to return.  There’ve been some up years and down years for the series, eventhough the quality has pretty much stayed consistent.  NHL 18 is one of those years where EA Canada has focused on small gameplay additions and ways to play the game than any major overhauls for the series.  However, it is its headline mode Threes that is the biggest change to the franchise, potentially giving players a more casual and palatable hockey experience.  So long as you don’t jump into NHL 18 expecting sweeping changes, there’s a lot to enjoy here.

NHL 18 is full of smart changes, not big ones

On the gameplay front, a number of new moves have been added to build on to the attacker and defender arsenals.  “Creative Attack Dekes” have been added to the game which allows for some creative freedom on the offensive side of the puck.  If you’re skilled enough, you can pull off some pretty amazing moves in NHL 18.  Between the legs dekes, toe and heel drags, puck flips, one-handed moves and more are all at your disposal.  A new gameplay branching deke system allows players to string these moves together in different combinations when reacting to the defense.  On the defensive side of things, the Skill Stick has been introduced that gives players full control of the stick.  This allows for targeted poke checks, extending your stick to disrupt plays, and use of the stick in a sweeping motion to cover a wide zone.  On the ice, the new moves mesh with the old systems relatively well.  Add to that EA Canada has done a little work on the A.I. in NHL 18 to make them a little more creative themselves, and the gameplay feels great. 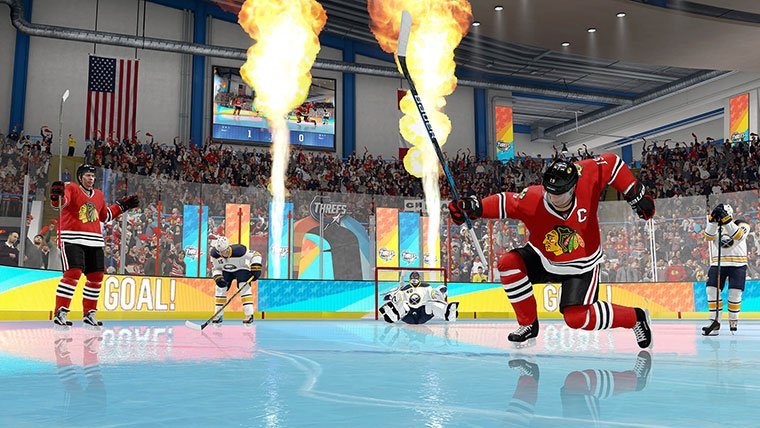 As it has for quite a few years, NHL 18 still looks great as well.  The physics of the game feel spot on, the player models look lifelike, and arenas are chocked full of rabbid hockey fans.  Like the gameplay, the presentation for NHL 18 is top notch.  While you’ll still get some weird occurrences where sticks will clip through the rink or glass, it’s mostly a flawless presentation on both the visual and audio side of things.  Menu systems are relatively simple and intuitive, though loading times on the Xbox One did feel a little long.  Simulations seemed to take forever, longer than most sports games when it comes to loading.

The addition of all these great moves on offense and defense goes along well with the introduction of a brand-new mode for the game in “Threes.”  This fast-paced, arcade brand of hockey offers faster action with more room to work in creating dekes and dangles, big goals and big hits.  There’s simply more goals in a shorter amount of time, because there are less players on the ice clogging up your paths to scoring.  Since this is a fictional mode, EA Canada takes some liberties here.  It’s a party game for sure, with the announcer attempting to deliver humor and commentary in an over-the-top fashion.  There are a number of ways to play Threes:  There’s a single player campaign where you compete against different teams and leagues in circuit style mode.  You can play online team with up to five friends.  There’s local team-play with up to five friends, and you can also play online or local head to head.  There are some interesting rules that get thrown into the mix here.  Things the “Money Puck” get added to the game, and these different colored pucks have different effects.  One can reward you up to three points for a single goal, while the other can give you a single point while detracting from the other team. 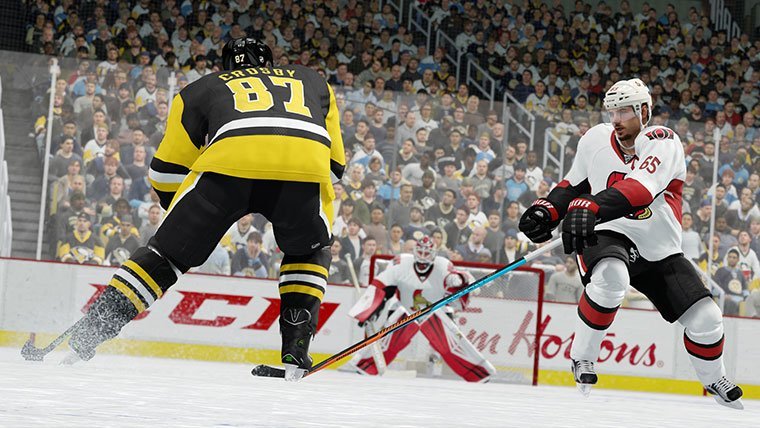 If you’re entirely new to the NHL series, this won’t be a bad spot to start.  Hockey Canada Training Camp has been added to the game that teaches you a wide range of hockey concepts for both offense and defense.  It features real-life training videos from Hockey Canada pros and then you take those lessons on to the ice to perform them in in-game challenges.  Other aspects of NHL haven’t been improved all that drastically, more or less refined. The Franchise mode has been made a bit more realistic in terms of free agents, draft classes and skill gaps. For the true blue franchise fan, these improvements are certainly welcome.  NHL 18 also features an Expansion Draft that allows you to re-shape the landscape of the NHL, introducing the Vegas Golden Knights.  The mode will also allow you to add a 32nd team into the mix.

Depending on how you look at it, NHL 18’s Be A Pro mode is either a reprieve from the often badly told stories of how you make your way to pros found in many sports titles of late.  Or, it’s a more sterile, calculated career mode that has all the features of those modes without all the hokey story telling and bad cutscenes.  Regardless, the mode hasn’t changed all that much… though you can make trade requests to other teams with specific criteria (for example a division rival or team contending for the cup.)  A lot of the core of NHL 18 only features small tweaks to the formula.  HUT for example has only one real noteworthy change to the mode, and that’s in the solo challenges that the game now offers to put it on par with Madden, FIFA, and NBA Live.  All that said it’s hard to imagine a hockey fan not enjoying NHL 18.  It’s got all the options that die-hard fans will love, but it could bring some folks into the fray with this more approachable arcade style of play in the new game mode.

While NHL 18 might not be a huge improvement over recent entries in the series, the introduction of Threes mode could change the way that people play video game hockey. This more palatable mode is made up of all the funnest parts of the sport.  It’s fast-paced, full of big hits, and fancy stick work.  That said, if you’re looking for improvements to the traditional package, they’re small this year, but for the best.