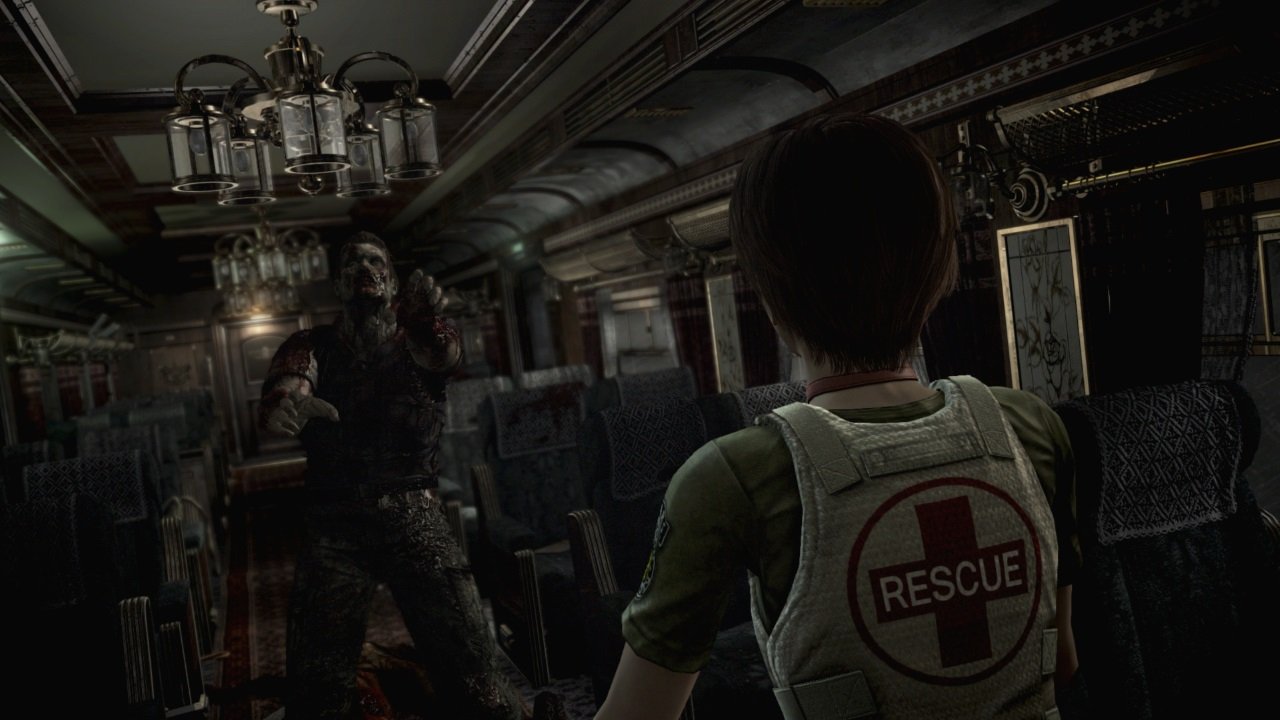 The Resident Evil series has two distinct eras contained within its twenty year history. There are the current games, sort of the post-Resident Evil 4 chapter, where the horror has taken a backseat to a more action-heavy focus. Then there are the classics, with survival horror elements being the main element of the experience. Which of these two styles you prefer really comes down to your tastes, but many have yearned for a return to the long ignored classic style.

They got their first taste of this possible resurgence with last year’s Resident Evil HD Remaster, and now that trend continues with Resident Evil 0 HD. The remastering is still top-notch, adding great visual flair and some newer, more modern control schemes. However, the underlying game isn’t as enjoyable as that original classic, making for a lesser experience, but still one worth having if you have been dying for some classic RE horror.

Resident Evil 0, like the excellent REmake, released exclusively for the Gamecube back in 2002. It retained the visual upgrades of the Gamecube classic, while taking fans way back in the storyline, to before the Spencer Mansion incident even began. Following the S.T.A.R.S. Bravo Team that Chris and Jill first set out searching for at the beginning of Resident Evil, its story acts as a precursor to those events, setting the stage, while giving background on Umbrella and its many machinations. 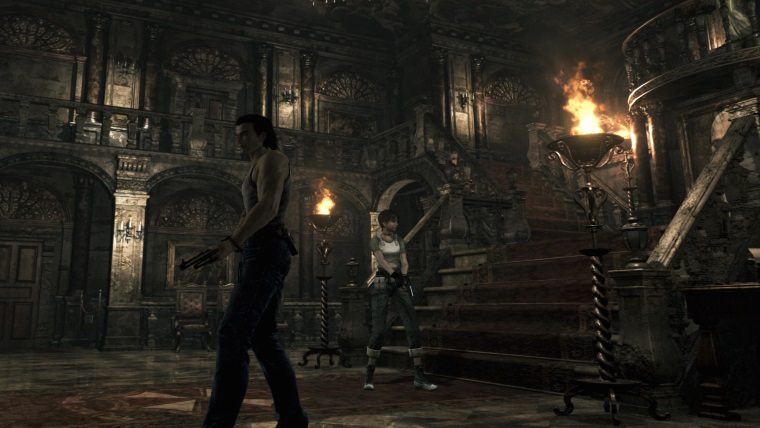 Rebecca Chambers is the main star this time around, with the secondary slot being filled by suspected murderer Billy Coen. The two team up when they begin encountering zombies, and other monsters on a train. The action doesn’t stay on the train though, eventually delving into the history of Umbrella, and leading right up to the beginning moments of the original classic.

The puzzles and even the boss fights have the same sort of tired, been-there-done-that feeling

The story of Resident Evil 0 HD feels a lot like classic RE stuff, but unfortunately it falls well short of the older games’ higher standards. It’s far better than what we’ve seen lately, such as with RE5 and 6, but the overall feeling is of a series that was running out of steam. There just isn’t enough meat here to justify the experience, and the questions that it answers weren’t really that important to series fans in the first place. It falls into that trap that so many prequels do, where it doesn’t feel good enough to stand on its own, and the events aren’t interesting enough without what comes after.

In the gameplay department, the puzzles and even the boss fights have the same sort of tired, been-there-done-that feeling. By this point in the series even the classic style of survival horror had become somewhat tiresome, and it really shows through in Resident Evil 0, even with the improvements made here. There was just some sort of extra magic in the puzzles and boss fights found in Resident Evil HD Remaster that didn’t make its way to this newer game.

Thankfully Resident Evil 0 takes quite a few departures from the series formula that came before it, which does breath some new life into the proceedings. While the overall experience is 100% tried-and-true RE, many things were added and changed that created something different, while remaining very much in-line with what came before. 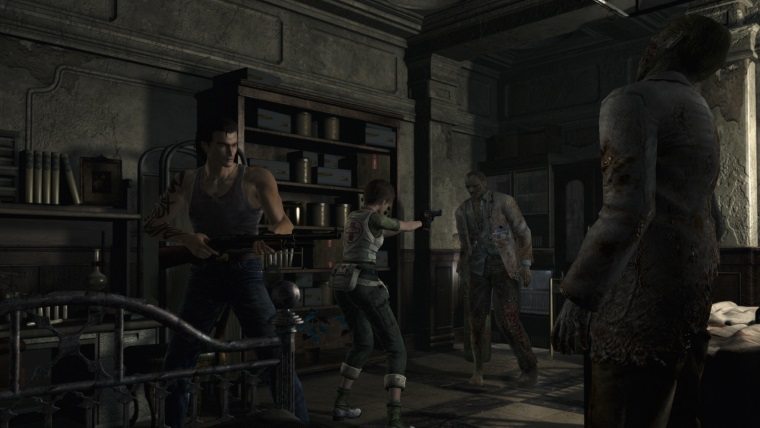 Perhaps the biggest of these is how Resident Evil 0 handles its two protagonists. In past RE games players could choose one character, play through the campaign, then try it again with the other to see what was different. With RE0 Capcom made it so both characters were active at all times, with players switching between them to solve puzzles, or explore different parts of the level. This alteration was fairly well received back in 2002, and it’s still an interesting mechanic today, though the novelty has worn off a bit.

However, not all of the changes were for the better, such as being able to drop items around the map, which came with the removal of the series’ usual item chests. It seemed like a great idea, and the actual ability to leave things behind wasn’t bad in and of itself. The lack of chests does hurt though, as your inventory fills up, and you have to make critical decisions about what stuff to carry with you.

This ends up leading to a lot of moments where you don’t have what you need, and end up traversing across the map, then back to where you were, just to proceed. Something else that can happen, is finding yourself without ammo, or other necessary items, as the game decided to separate your two characters. You can plan around this of course, but having to eat up two inventory slots for the same type of ammo is annoying. 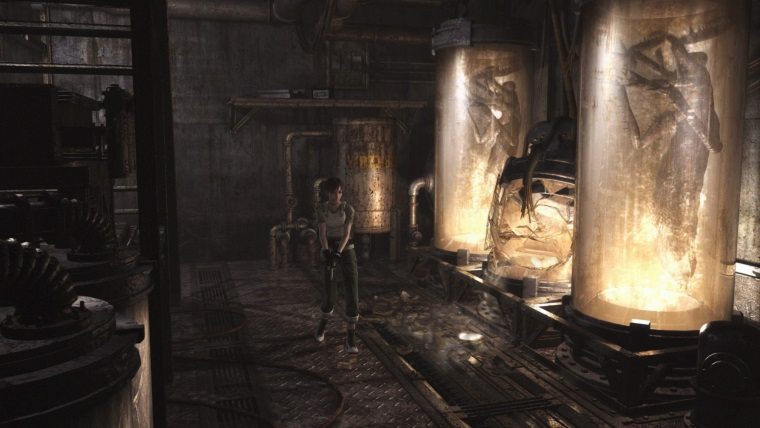 Of course, it wasn’t expected that Resident Evil 0 HD would fix what was wrong with the game, but they were flaws back then, and they are only worse today. Thankfully, where Capcom did improve on the game, they did so masterfully. Just like the Resident Evil HD Remaster before it, Resident Evil 0 HD has improved graphics and sound, while enhancing the controls. Of course, longtime fans might still prefer the tank controls of the original game, but having the option of a more modern style is great, even though camera transitions become a bit of a chore.

There is also a new mode added to the game, which unlocks when you finish the campaign for the first time. Wesker Mode puts you in control of the longtime series antagonist, with all of his ouroboros infected powers intact. It’s an interesting diversion, and will please those who’ve made their way through this adventure before, but isn’t enough to justify a purchase all by itself.

What really does enhance the experience are the graphical improvements, which go a long way to update Resident Evil 0 for modern audiences. The game looks absolutely gorgeous in many ways, and could be mistaken for a contemporary game in the right scenarios. The background work that was done on this game was simply magnificent, and getting to see them updated in 1080p widescreen is fantastic. 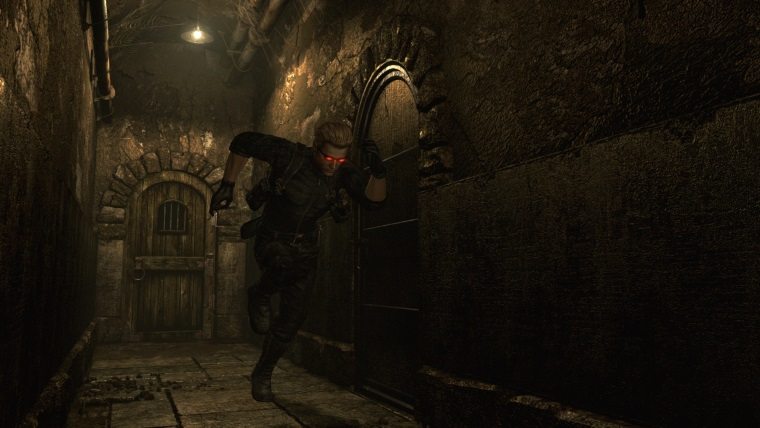 Likewise, the audio has been improved, upping the experience to full 5.1 surround sound. Resident Evil has always had great audio, from the moaning zombies to the moody soundscape, and Resident Evil 0 HD doesn’t disappoint at all. Players will find themselves engrossed in the game thanks to the atmospheric tones and various noises causing tension to rise steadily.

Resident Evil 0 HD Remaster has a tougher job than its predecessor simply by the fact that the original game it is remastering isn’t nearly as enjoyable. It’s still a good game, and in this day and age it’s always good to get more classic survival horror gameplay, but it definitely lacks the magic that made the original a true masterpiece. However, the work put into updating this game is still great, and for those who want to re-experience it they will find a lot to love here. Even newcomers will find this a great introduction to the series, though the Resident Evil HD Remaster would be a more enjoyable place to start.