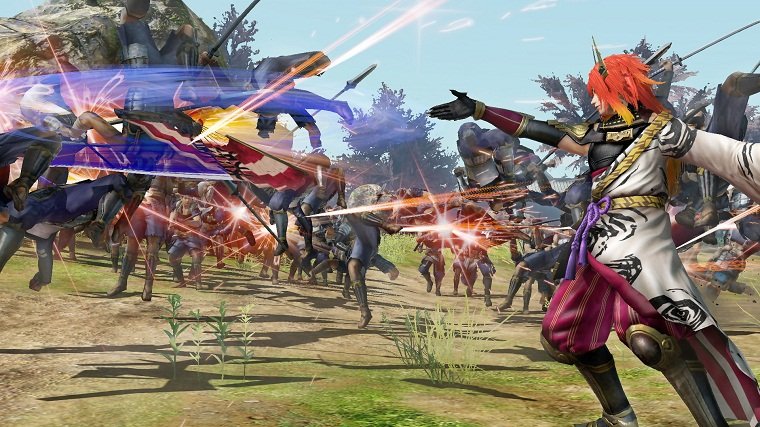 There are two types of hack-n-slash games out there in the market. There are the ones that are like Devil May Cry that mixes explosive action with intricate puzzle solving, and then there’s all the slashing games published by Koei Tecmo.

Koei Tecmo started this hack-n-slash trend with the release of Dynasty Warriors franchise. The success of this series spawned itself a spin-off with Samurai Warriors releasing in 2004. Samurai Warriors 4-II celebrates the series’ tenth anniversary and it brings with it a ton of features that were not available in the original game.

Koei Tecmo describes Samurai Warriors 4-II as a “revised” version of Samurai Warriors 4. It is not a sequel, but a re-release that improves and further expands on the original game. It is like the “definitive” edition of the game that adds all of the previously released DLC and also includes some improvements to the overall gameplay experience too.

Much like the Dynasty Warriors games, Samurai Warriors 4-II features the same type of gameplay that fans should come to expect. For players unfamiliar to the series, they might think the gameplay gets too repetitive and boring after a while. For veterans of the series however, they can expect the same type of explosive action that the series is renowned for.

The thing that makes the gameplay unique in Samurai Warriors 4-II is just how many enemies there are onscreen for the player to kill. There are literally hundreds and hundreds of soldiers on the screen simultaneously and the player is able to kill every single one of them. It is not hard to at least kill well over 1000 soldiers in one level. This level of action is unseen in any other game apart from Koei Tecmo’s “Warrior” series of games and spin-offs. 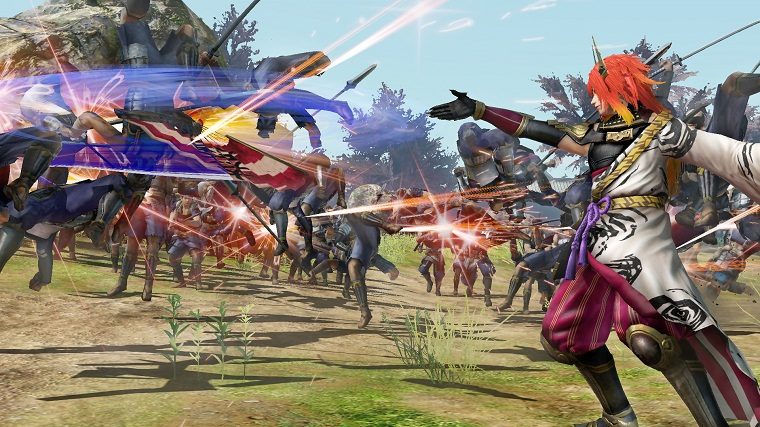 To try and spice up the hack-n-slash gameplay, there are multiple objectives and side-missions that the player can do within each level. This can include killing a boss using a specific character or special ability. In some other scenarios, the player may have to kill multiple enemies within a strict time limit. It adds a level of variety to what could be described as a repetitive style of game.

Despite the added “variety” in the gameplay, at the end of the day hacking and slashing is 99 percent of the gameplay in Samurai Warriors 4-II. There are no times to rest or break up the gameplay like exploring levels or solving puzzles like in other third-person action adventure games. Hacking all of the time does get monotonous after playing for several hours. It feels like doing the same types of missions over and over again and it can get kind of boring.

The other thing that Samurai Warriors 4-II fails to change up is add any type of actual boss battles. Bosses do appear on the battlefield, but they are treated like any other enemy soldier. The only difference is that they are usually bigger in appearance and have a larger life-bar. Other than that, bosses are still easy to defeat and won’t prove to be much of a challenge. It would have been interesting if boss battles were included much like they were in Hyrule Warriors.

Hacking and slashing is 99 percent of the gameplay

Even though the core gameplay feels like any other Warriors game, Samurai Warriors 4-II excels with the many different playable characters that are on offer. In total, the game has 56 playable characters and all of them have their own unique playing styles. This is because they all have a different array of weapons and ways to attack. There are a multitude of alternate ways that the playable character can kill enemies ranging from the very deadly to even the absurd. The name of the series is Samurai Warriors, but not everyone in the game attacks using swords.

There is one character in particular that attacks using only a ribbon, while another uses only her fists. A personal favorite is the one character that utilizes a shotgun. Apart from weapons, every character also has the ability to do awesome looking special moves too. There are around three special moves that are available to each character and all of them look pretty cool. The special moves are very helpful in eradicating a huge group of enemies that may be surrounding the main character. 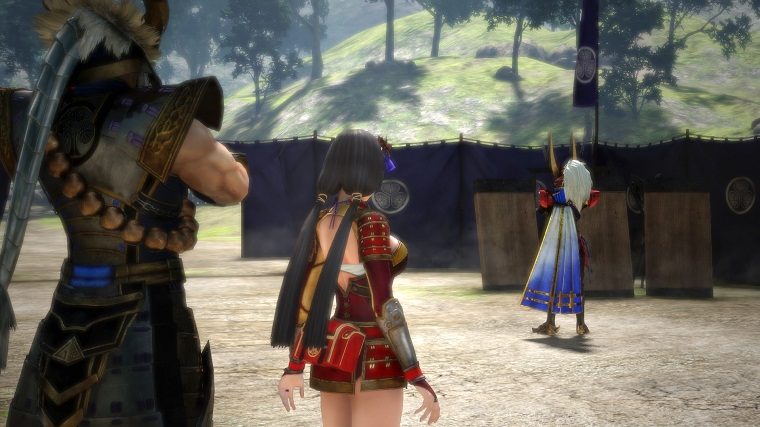 Samurai Warriors 4-II may have a large number of playable characters, but only two of them are able to enter the battlefield at one time. The player can switch between the two characters simply by pressing the options button on the PlayStation 4. This comes in handy because some objectives may be on the other side of the map. It’s much easier switching to another character other than running all of the time.

Aside from the main story mode, Samurai Warriors 4-II adds Survival and Challenge Modes. These modes allow the player to defeat as many enemies as possible in a certain time limit and more. The player can use any character of their choosing here including creating a character of their own. Gone from the original game is the Conquest Mode. However, characters can still upgrade weapons, skills and abilities via playing the game’s Story mode.

The overall amount of content packed into this game is very large. There are a number of chapters for the player to play and each of them houses five levels each. The levels themselves may take 20 to 30 minutes to complete – depending on the difficulty that has been chosen. As a whole though, there is hours of content to be explored here.

Presentation wise, the game captures feudal Japan quite nicely. The graphics look nice and bright, although appear to be outdated with the lack of textures in the background. The character models fare a little better than the level design. Despite this, the framerate is still pretty smooth even with so many enemies on the screen at one time. I personally did not experience any lag while playing this game.

Samurai Warriors 4-II offers everything that fans want from a hack-n-slash game from Koei Tecmo and developer Omega Force. There are several levels to play through and an impressive list of playable characters. However, the repetitive style of gameplay might get tiresome for some and the lack of innovative gameplay means this game doesn’t bring anything new to the table.