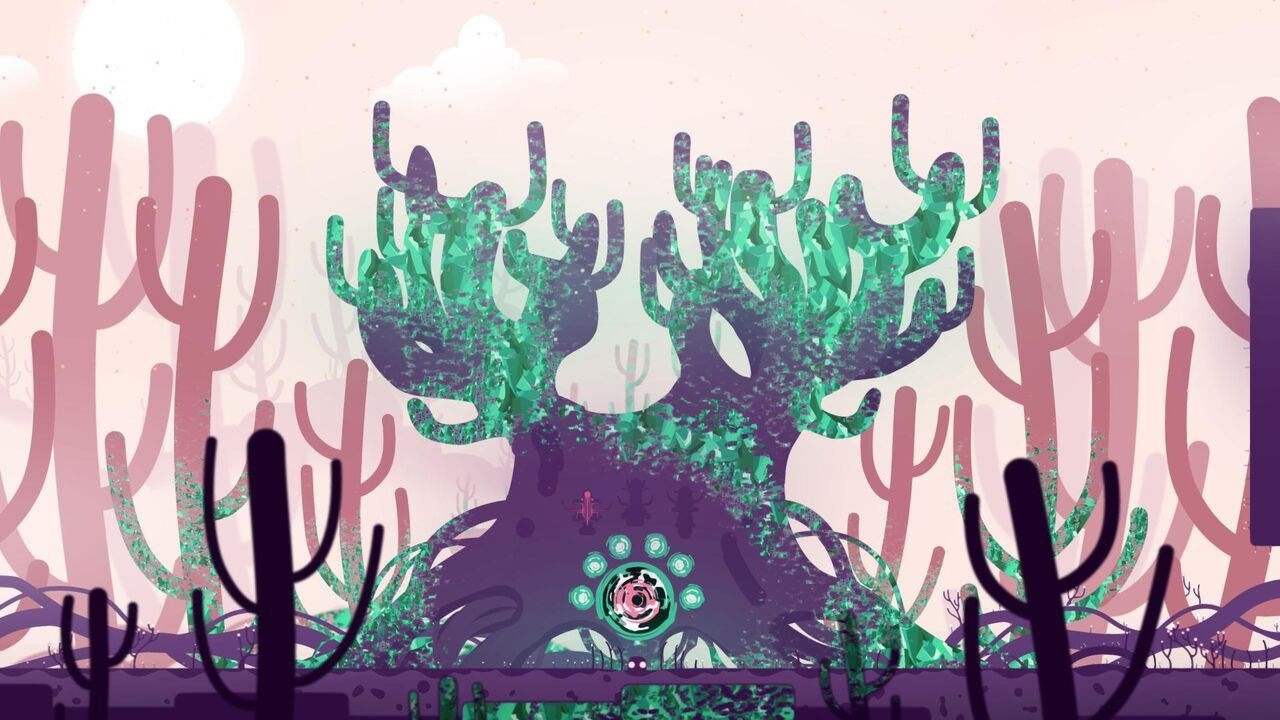 With the explosion in indie games over the last decade we’ve seen some truly unique takes on classic genres coming from diverse backgrounds of developers. Semblance fits this mold perfectly, with its fresh look at the puzzle platformer which was developed by Nyamakop out of South Africa. But even without this interesting origin story, Semblance is a solid expression of all the things we love about puzzle platformers.

Described as a “play dough platformer”, Semblance doesn’t just task you with getting from A to B, running across the screen from left to right. Instead it slows things down and puts obstacles in your way that must be completed, if you want to really save the world, but aren’t directly opposing you in any way. This is a puzzle platformer after all, so the obstacles aren’t often about stopping you from moving forward. They instead are housing mysterious orbs that clear the corruption that has spread across the land, and eventually unlock further exploration. 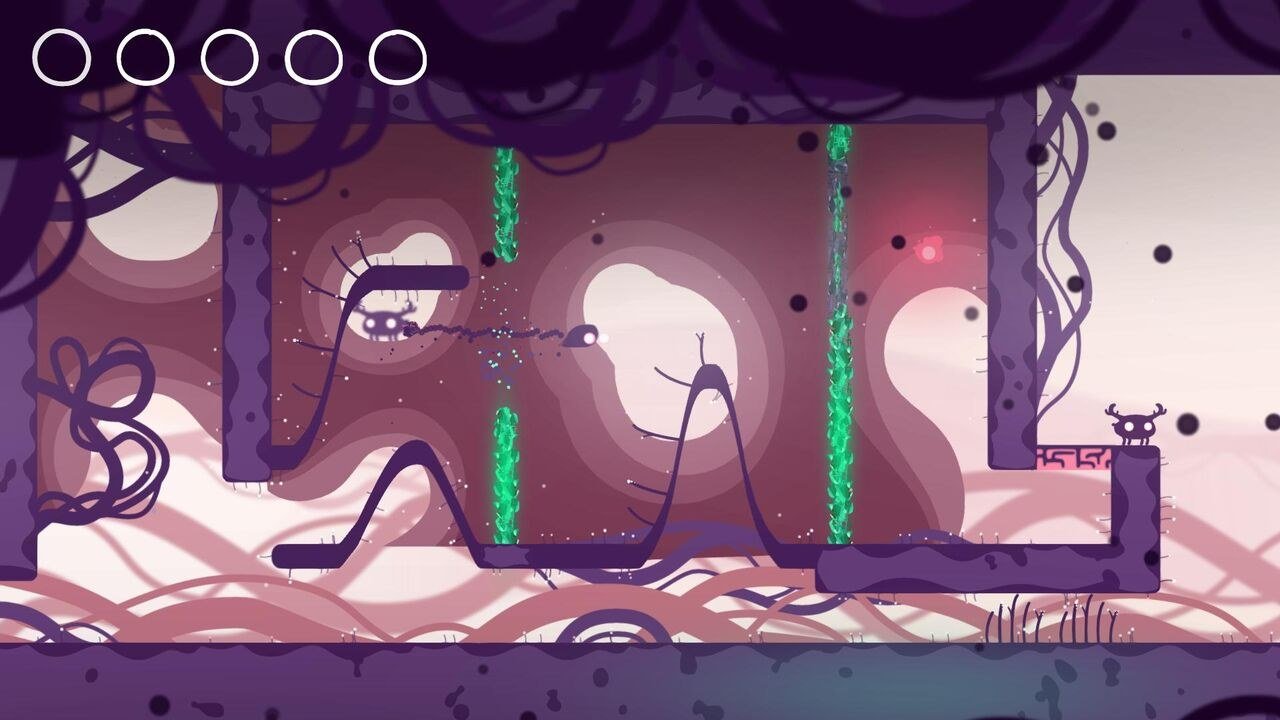 The main hub world of Semblance houses the main levels of the game, which are then segmented further into separate stages. Each features between two and six puzzles that range in difficulty and are based around a theme. The first world is mostly intro, getting players used to Semblance’s main mechanics, along with some lasers for good measure. So what is that main mechanic that makes Semblance so interesting?

Semblance is a fresh and interesting take on puzzle platformers

This world is pretty much wholly made up of squishy elements, such as clay. As you explore, will jump, dash, and climb your way through the level mostly by manipulating that clay for your own benefit. Stand beneath a platform and dash up into it and a bump will be made. Dash again and it will grow. Reset it and you now can move the bump to another area, or try to move the whole platform by dashing into its side.

Entire walls can work into this mechanic, with players able to create dents to stand in or use as platforms of their own. Taking this simple formula, the makers of Semblance expand it to great lengths. Each new world offers some fresh element that mixes perfectly within the formula of the puzzles. One stage will add beams of light that causes platforms to reset, offering some very interesting puzzles of its own, while another will have you manipulating your own body’s shape to fit between openings and alter your jump mechanics.

Every time you think that Semblance might have exhausted the ways it can mix up its platforming and puzzles it finds something new that will interest players. This can lead to some difficulty spikes, especially since the levels aren’t necessarily laid out in a specific order. In fact, every puzzle in the game can be skipped, but they’ll all need to be completed if you want to really beat the game. This helps limit the frustration, but there still is some of it present. 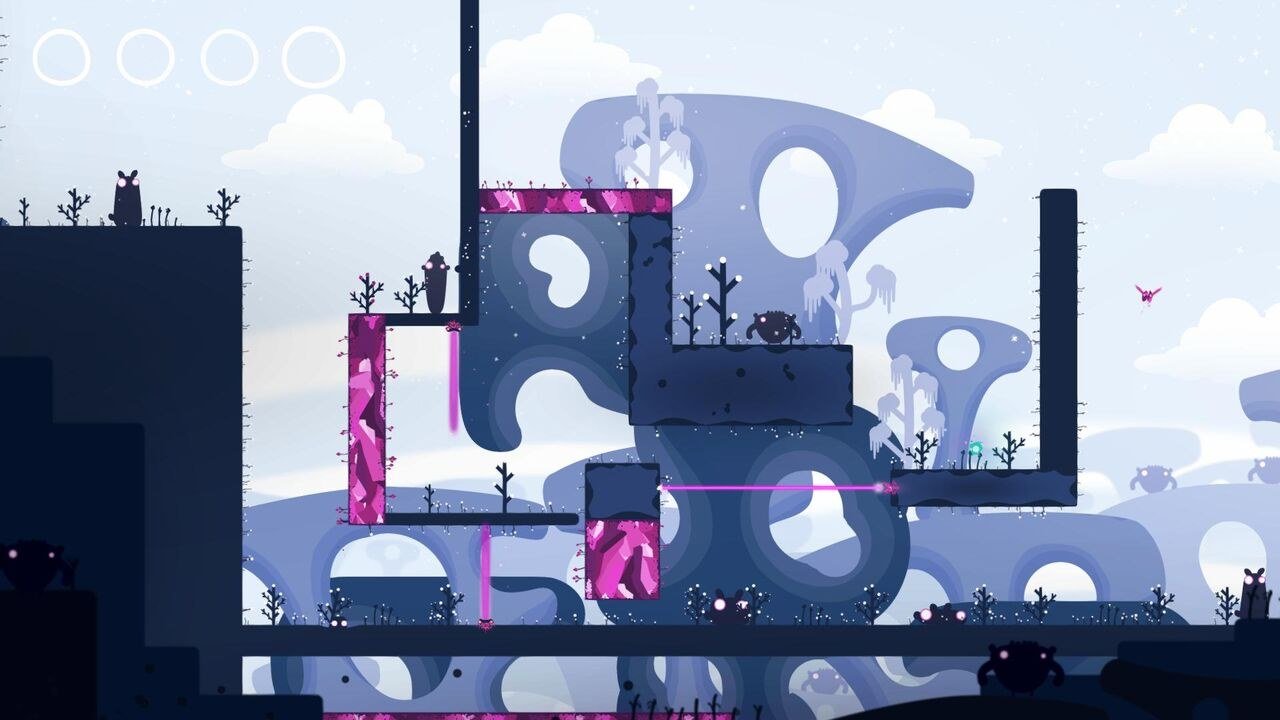 Semblance is a minimalistic game through and through. From its simple color tones and geometry to the aumbient soundtrack that never fully takes over your attention. This minimalism is great in a lot of ways, offering very enjoyable visuals and sound, along with  its easy to understand level design. Where the minimalism can hurt the experience is when players get confused. As this is a puzzle game that will happen from time to time, and the remedy is simply to back away and approach the challenge again later.

There’s no hints and there’s no tutorial to break down how these new mechanics might not be gelling with how you think they should work. For example, it might take players awhile to figure out that you can reshape platforms or move them, not both. Once it’s been reshaped it will not move, and vice versa. Nothing in-game tells you this, you have to discover it, which could take a few instances of trial-and-error. Some small bugs impact this as well, such as getting wedged into walls. It can sometimes be unclear what is intentional design and what is just random noise.

Again, this isn’t an inherent flaw (well, the bugs are, but they are rarely impactful), the focus on showing and not telling is admirable and preferred in a lot of ways. And when I did come back to a puzzle that had frustrated me, a head of steam built up behind me, and I beat it…well there’s few greater feelings in video games. But not everyone will build up that steam. Some players might encounter something that confuses them, or just downright doesn’t make sense, pass it up and never return. The game allows for this to some degree, but you’ll always be feeling like you missed out on something. 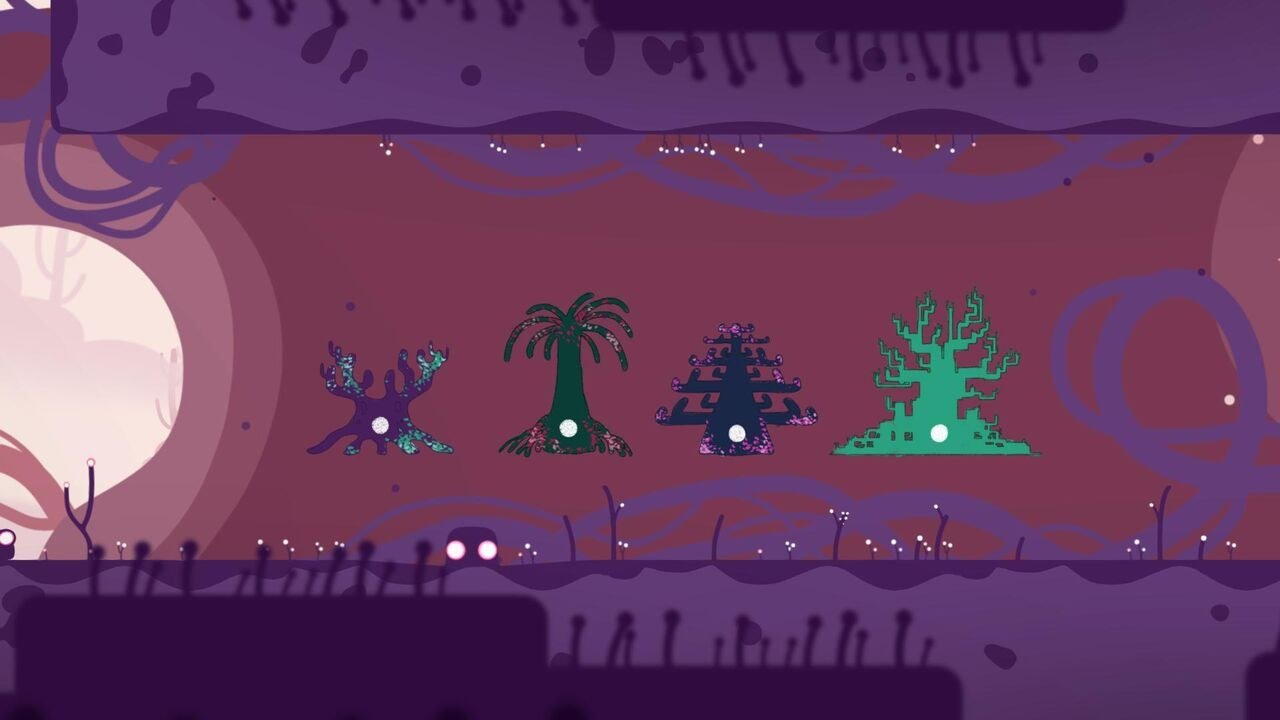 This is especially true as the game doesn’t explain what you might be missing out on. There’s no overworld that shows what levels are completed and which are not. If you missed a puzzle, you have to navigate the main hub to find that level (there are then indicators of what is missed here, to be fair), head inside and find the tree that represents the stage where the puzzle was skipped. Entering you then have to navigate again to find it and hopefully complete it. This sounds like a longer process than it is, as the stages are pretty small with few real obstacles, but there is backtracking and it can get annoying at times, especially if you skip a lot of puzzles.

Of course, if Semblance is working its magic well then you won’t skip those puzzles, or you’ll at least be interested enough to go back to them when the time is right. That magic, which has similar feelings as Journey, Super Meat Boy, and other indie classics, is effective. The platforming and puzzles in Semblance are fun, the atmosphere is excellent, the visuals are fresh, and the overall feeling of the game is great.

Semblance is a fresh and interesting take on puzzle platformers. Players who like testing their mental fortitude will want to jump right in. Those who struggle and are easily frustrated might have more reason to be cautious though. A minimalistic style does benefit the game in most ways, but can cause puzzles to be needlessly difficult at random times. Getting through them delivers great satisfaction though, so Semblance is definitely worth your time and energy.