The spinoffs come to the West for the first time. 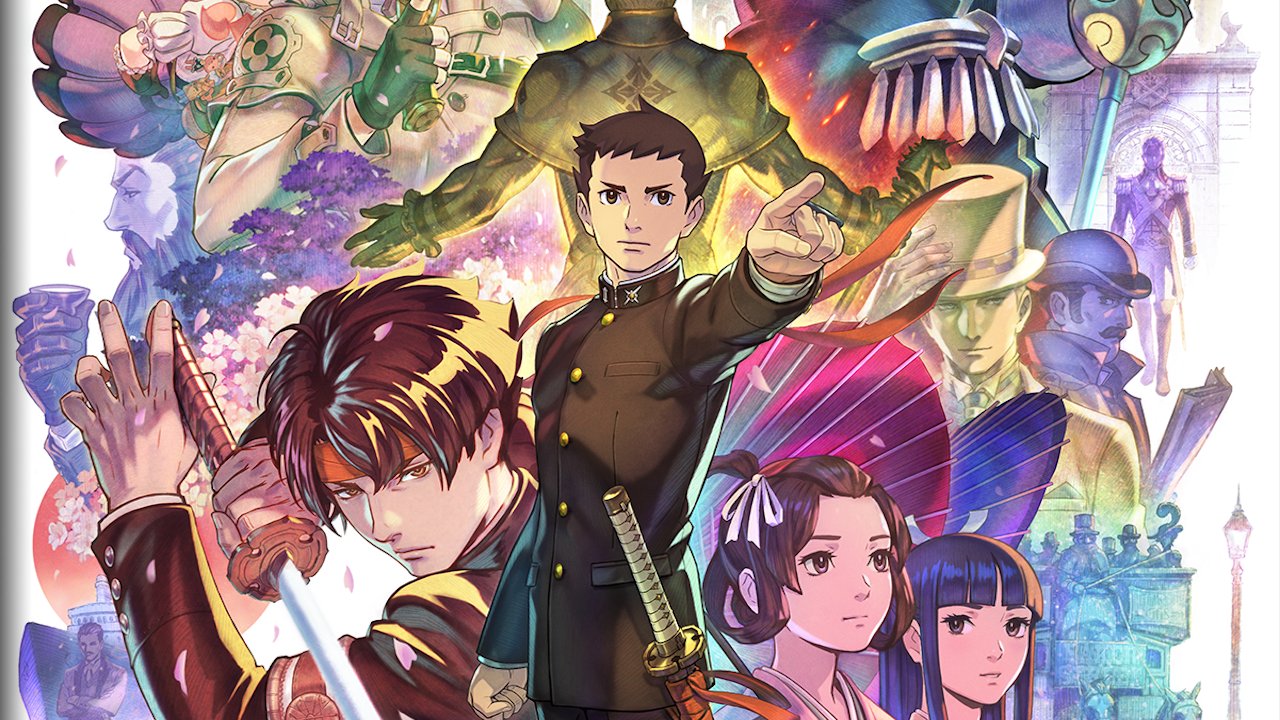 When anyone thinks of the Ace Attorney series, most think of the titular Phoenix Wright that has starred in most of the games over the years. The mainline series has always been set in present day, but the series did have a duo of prequel spinoffs back in 2015 and 2017 respectively known as The Great Ace Attorney. Due to a number of reasons, these games were never localized to the West back on the 3DS though, which fans of the series have been asking for ever since. The wait is finally over though as both games have now arrived around the world as The Great Ace Attorney Chronicles.

Interestingly enough, The Great Ace Attorney Chronicles will be the first two Western releases in the series to be set in Japan proper for parts of the games. While the mainline series is set in Japan in the Japanese versions, they took some major liberties to make the Western versions set in a different Japanese-inspired version of Los Angeles. The fact that the Great Ace Attorney games were so distinctly Japanese in their story is why many thought they would never release outside of Japan, but Capcom decided to actually have them set in Japan at the beginning at least while maintaining the cultural elements throughout even when they leave the country. 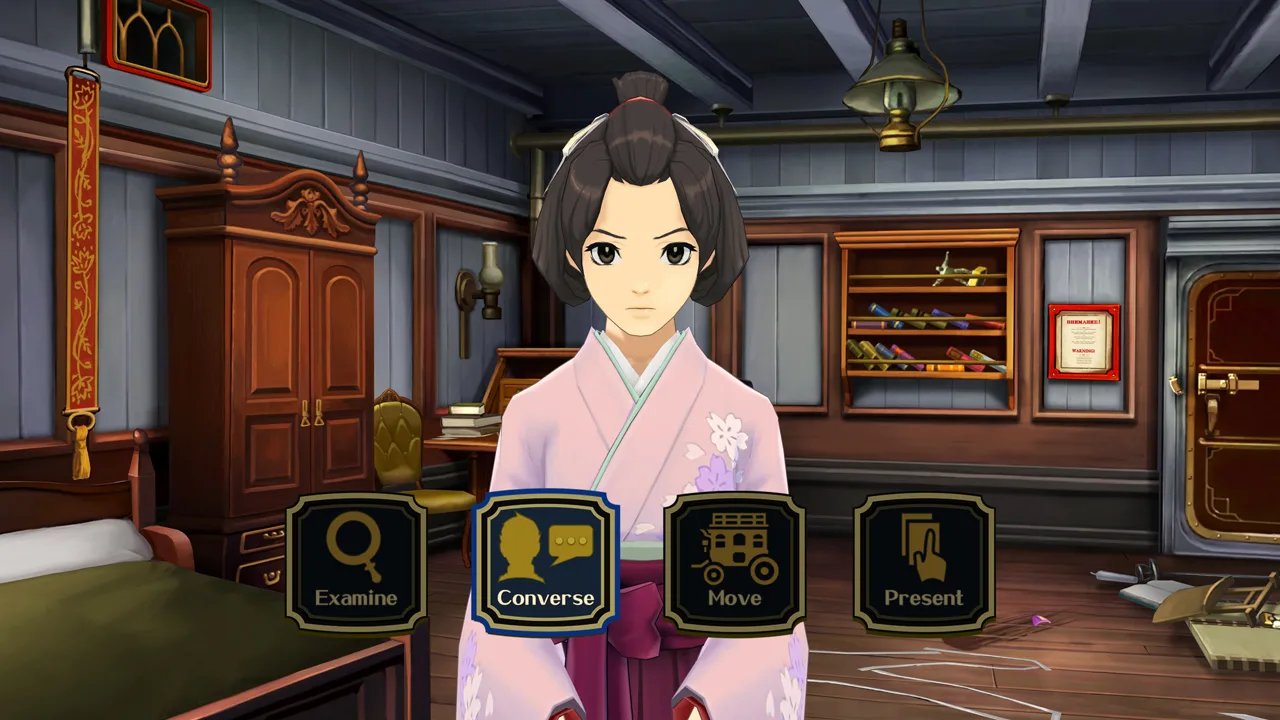 The Great Ace Attorney Chronicles are set near the end of the 19th century and beginning of the 20th century starting in Japan, where the idea of a defense lawyer is a relatively new concept during what was known as the Meiji Era. You play as lead protagonist Ryunosuke Naruhodo, a second-year student at a local university who starts the game on trial himself for murder. Up to this point, Ryunosuke had no desire whatsoever to be an attorney, but after some events that occur in the first few chapters, he ends up in London to study and become an attorney himself. This should come as no surprise though, as Ryunosuke is in fact an ancestor of Phoenix Wright himself.

Unlike a lot of the Phoenix Wright games that have some very self-contained cases, even though there is still an overarching plot of the games, the story found in The Great Ace Attorney Chronicles is very connected throughout as players are introduced to Ryunosuke and get to watch him grow as a character. This is in some ways similar to how the first Ace Attorney game showed Phoenix Wright as a rookie attorney, but Ryunosuke is even more green than Wright ever was. After multiple entries into the mainline franchise though, this is a refreshing take with someone that is very new who you get to experience from the very start of their career.

Ryunosuke is far from the only important character in the game though, as there are multiple others that have reoccurring roles as well. This includes his best friend Kazuma Asogi, judicial assistant Susato Mikotoba, and the absolutely absurd detective Herlock Sholmes among many other characters. Going into too much more detail would potentially spoil some major events, but there is no question that the characters found within the two games are very much what you would expect from the Ace Attorney series. 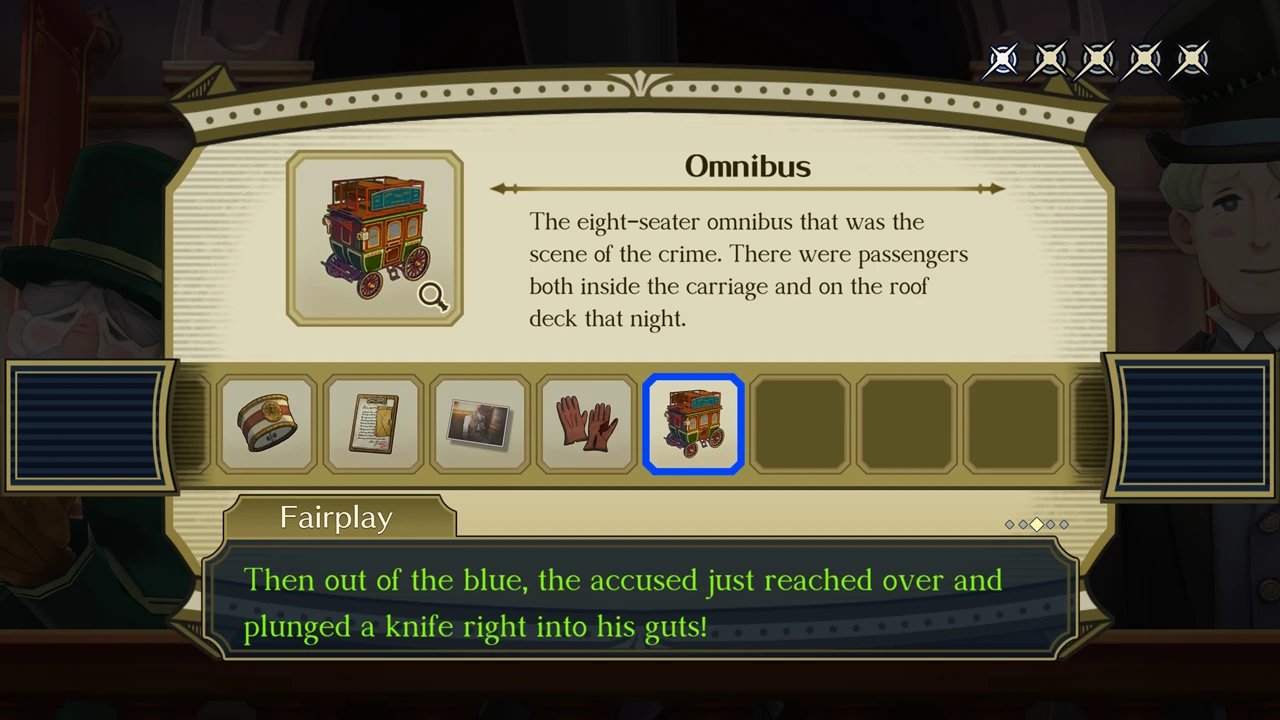 Both games thrust you right into the courtroom from the get go, with the second game featuring a unique twist on that even. These are pretty straightforward introduction chapters that get you used to the courtroom and the classic style setup where you go back and forth with the prosecution while trying to avoid having the judge call for a guilty verdict. This is really no different from any of the past games, so you should know what to expect here. The followings chapters though are where the game really opens up with more exploration and detective work being brought into the mix.

In the first game, for example, the second case does not even take place in a courtroom, but instead aboard a ship as Ryunosuke and company are heading to London as part of a study abroad type program. Without giving away too much, this is where Herlock Sholmes is first introduced as a master detective take on Sherlock Holmes, though this one is a little off in his deductions. He knows how to get there broadly, but doesn’t always have all the facts right. This is where Ryunosuke comes into play in what is known as the Dance of Deduction. While the rest of the chapter has you doing typical Ace Attorney tasks like checking crime scenes and nearby locations for clues and presenting evidence in certain areas outside of a courtroom settings, the Dance of Deduction is brand new.

The Dance of Deduction will start with Herlock Sholmes giving a rundown of a case, sometimes even seeming like he is making total sense. However, someone will always point out some major flaws in his deductive reasoning, which is where Ryunosuke has to step in. Sholmes will then redo his Dance of Deduction, but now stop at certain points and let you replace certain words or phrases with the correct ones, whether they are from something you can select at the scene or something you have already as evidence. The multiple Dances of Deduction are really entertaining to perform not only because Sholmes is a hilarious character in of himself, but because they are a unique new twist for the gameplay of the series. 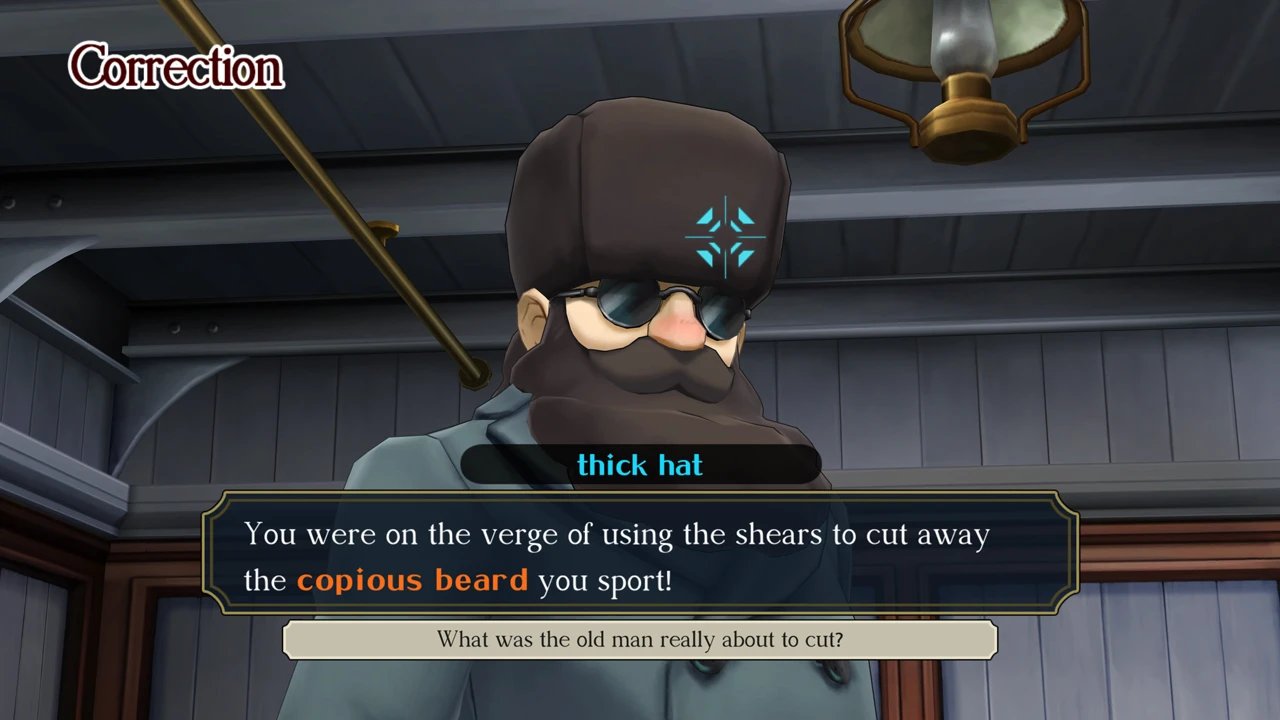 Once you arrive in London though, things start to change quite a bit when it comes to the courtroom setting. This is because Great Britain handles things differently in their courtroom than Japan or even the Japan-influenced Los Angeles setting of the mainline games. Rather than simply featuring a defense attorney, a prosecutor, and a judge, these westernized courtrooms feature not just a judge, but also six jurors that you have to sway in your favor. In typical Ace Attorney fashion, the prosecutor always gets off to a hot start and will turn the jurors completely against you and your client, which means you have to take part in what is known as Summation Examination to turn it back in your favor.

The multiple Dances of Deduction are really entertaining to perform

Summation Examination is similar to the cross-examination that you do of witnesses, as the point here is to find contradictions in their statements about the case. Doing this successfully will get jurors onto your side, with the goal of getting the majority of them on your side so that the trial proper can continue as per usual. This is not that far off from what you already have to do in the trials, while also managing to add something new as well. 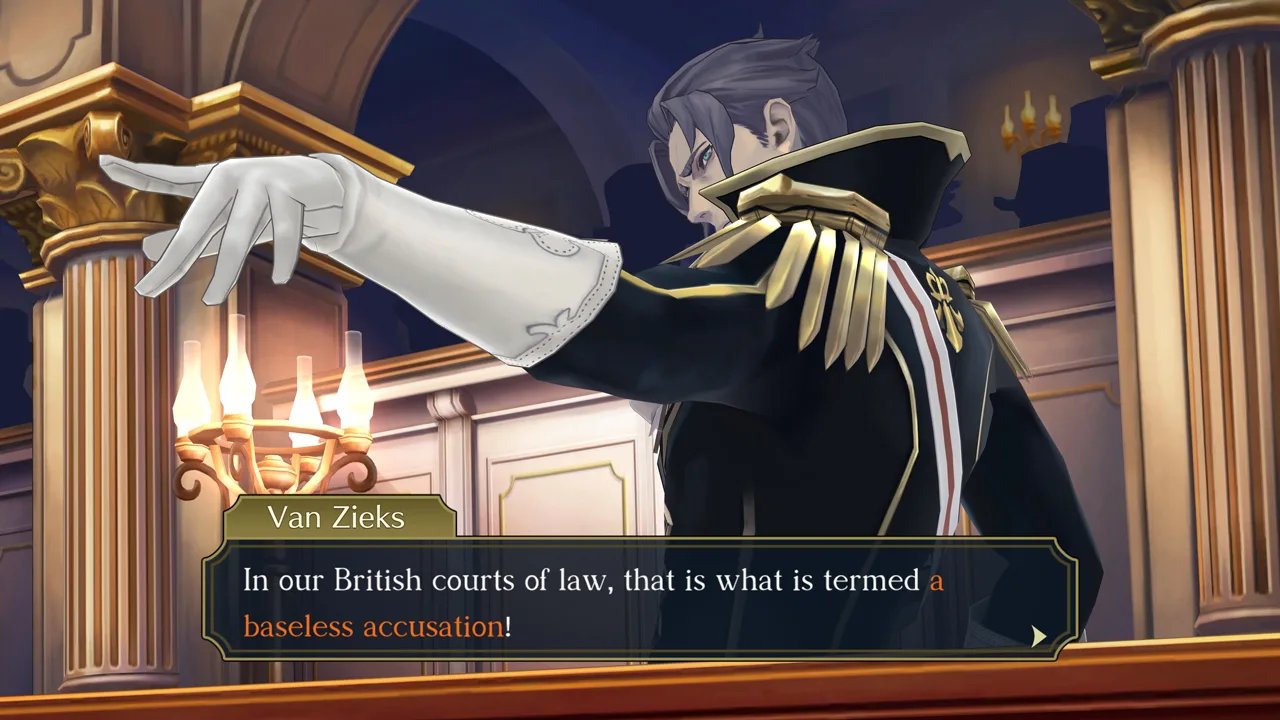 Just like was seen with the Phoenix Wright: Ace Attorney Trilogy HD remaster that was released on consoles two years ago, The Great Ace Attorney Trilogy received a much needed visual upgrade from the 3DS version. The 3DS itself was very limited with its screen size and resolution, so it’s great to see the two games in the collection in their full glory. Everything just looks cleaner now all around, with it not even looking like the game was originally designed for a handheld. The only downside here is the loss of the second screen that has always been very useful in the Ace Attorney games, but it’s still handled quite well here regardless, even if it’s not quite as convenient.

While the two games in the collection look better than ever with polished HD visuals, this new collection did not add anything in the form of additional voice acting. The original Japanese release on 3DS was limited with the amount of voice acting, which is also the case here. The beginning of each case has a short scene with voice acting, but that quickly turns into only written dialogue pretty much from there on out. You can’t have an Ace Attorney game without the loud “Objection” and the like sound effects during the courtroom scenes, which are very present, but that is about it otherwise. The likely reason for the lack of extra voiced lines though is that the game includes dual-audio with Japanese voices and that would have been a tall task to record more dialogue in both languages.

Capcom did decide to add in some other extra content as well for you to enjoy, including its own in-games accolades, a gallery, and even an area to listen to the game’s music. The Great Ace Attorney 2 specifically has alternate costumes you can switch between if you want for three characters too. Most importantly though are the eight slice of life Escapades episodes that you can play through. These are little side stories that take place around the existing narrative, which are best enjoyed after completing the game. 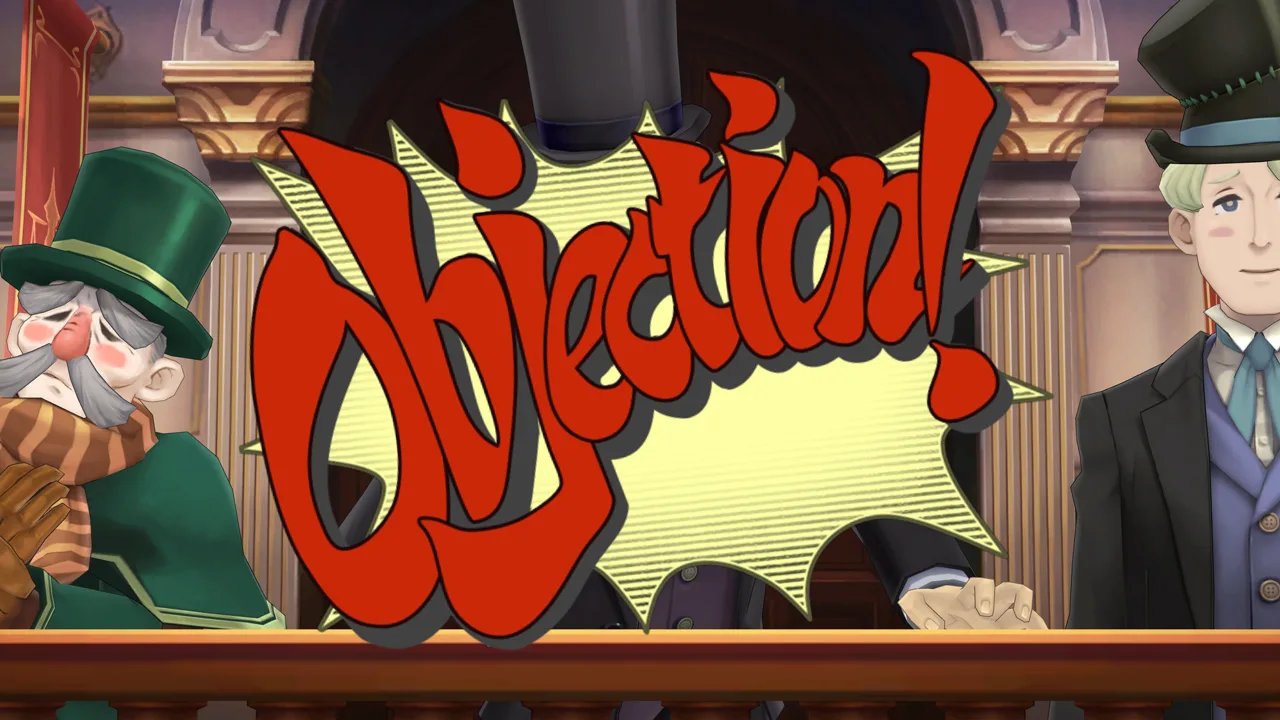 Once thought unlikely to release outside of Japan, The Great Ace Attorney Chronicles has finally been brought West for the first time. Set more than 100 years ahead of the original games, the two games have the distinct Ace Attorney feel that fans know and love, while also introducing some new mechanics that set itself apart. Even without the popular characters of the main series, there is no objection that the new characters introduced here are very likable and work well in one of the most interconnected stories in the franchise’s history.

Like you would come to expect from the franchise, The Great Ace Attorney Chronicles features both classic detective and Ace Attorney series tropes and gameplay that come together around some very intriguing mysteries that will keep you busy for many hours across the interconnected story of the two games included in the collection.