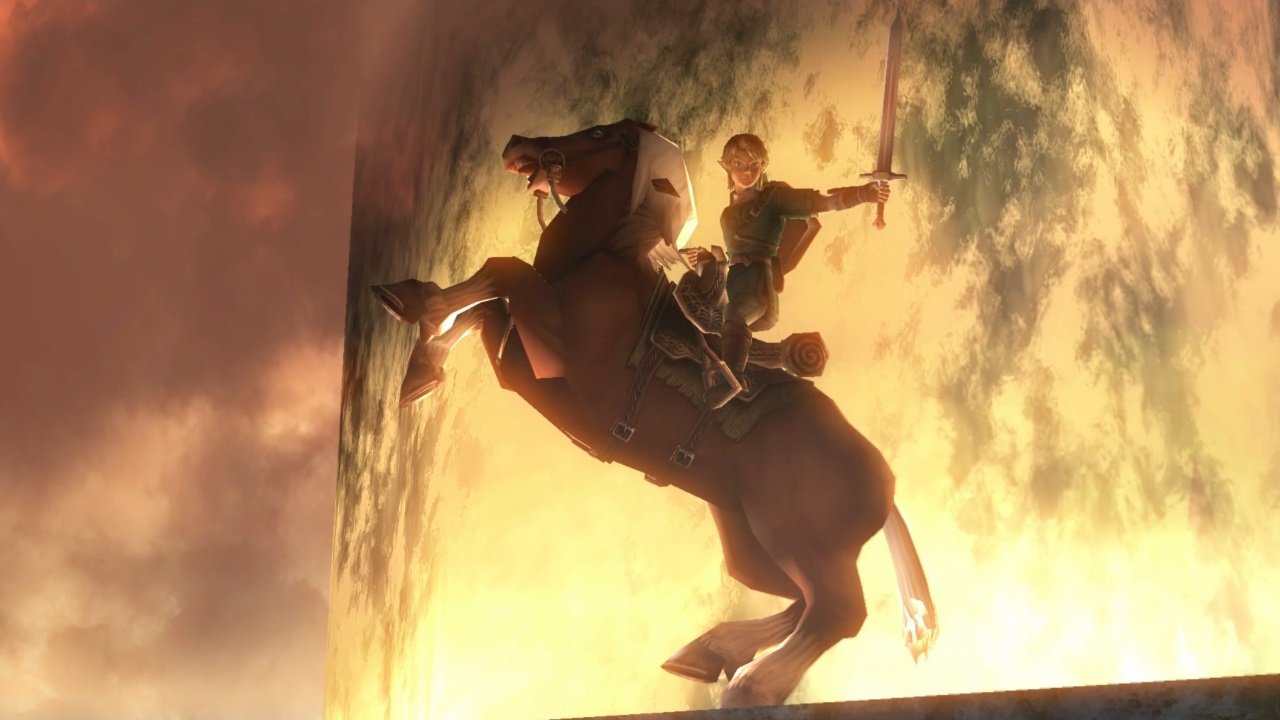 The Legend of Zelda: Twilight Princess hasn’t aged well. At least, that was the mantra of those who thought an HD re-release wasn’t the best idea for Nintendo’s Gamecube/Wii entry in the franchise. As the wait for a proper Wii U title in the thirty year old series lengthened, it became clear that the Big N was pumping out more and more remakes in order to satiate fans’ appetites. After The Legend of Zelda: The Wind Waker HD was so well received, it only made sense to move onto the next game in the series, despite the rumblings of jaggy graphics, and dull colors. With the final product in hand, it’s easy to see why those fears were there in the first place for The Legend of Zelda: Twilight Princess HD, but it’s even easier to see that this is a true adventure masterpiece that has only been made better with the transition to Wii U.

The story of The Legend of Zelda: Twilight Princess HD is very much a classic tale for the series. Darkness is falling upon the land, and it is up to Link and his newly found companion Midna to set things right. Along the way players will discover interesting tidbits of history for Hyrule, and encounter friends and foes, both old and new. The story took a more adult track, but that doesn’t stop it from being the same old “save the world, save the princess” style of adventure that Zelda fans crave. This is very much indicative of the game itself, which follows the standard Zelda formula quite closely, to either its detriment or benefit in different cases.

This is The Legend of Zelda Twilight Princess HD

The Legend of Zelda: Twilight Princess can’t truly be understood without a healthy dose of history. With the unveiling of The Wind Waker, Nintendo set off a firestorm of angry fan reactions. The cel-shaded graphics that are seen today as some of the best that gaming has ever seen, were quickly dismissed as “too kiddy”, with fans calling for a more realistic and adult take on the series. That wish was granted in the form of The Legend of Zelda: Twilight Princess, which gave fans a more grown up adventure, full of interesting characters, and a much darker atmosphere.

However, many then realized that that was not at all what they wanted, and the realistic graphical style was quickly seen as too low quality to match what was being put out for the other systems at the time. This was why Nintendo shied away from remaking Twilight Princess right away, opting to update the much better aged Wind Waker instead.

And indeed, that game has aged better than The Legend of Zelda: Twilight Princess. The art style lends itself well to being updated, and many feel that the original game still looks beautiful even today. This is, unfortunately not true for The Legend of Zelda: Twilight Princess HD, which does look very much improved over its Gamecube and Wii counterparts, but couldn’t be confused for a more modern game by almost anyone. 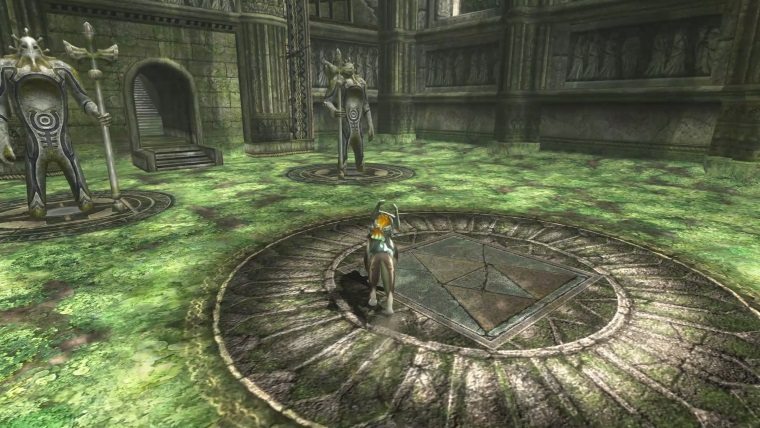 That isn’t necessarily a deal breaker though, as the game truly does look great in many respects. Nintendo didn’t do a full reworking of the graphics as they did for the 3DS remakes, but they definitely dove in and did a lot to get this running in its current state. The much maligned jaggy visuals have been properly anti-aliased away, the bloom lighting has been turned down, and everything has a very nice HD coat of paint. Textures have obviously been improved across the board, with some teetering on the edge of looking truly current-gen. The whole game simply looks crisper and more alive this time around, which really pushes the atmospheric feeling even more.

Environments are where The Legend of Zelda: Twilight Princess HD really shows its chops, with vast, open landscapes to explore for hours. The original game had a definite sense of place with its locales, giving players a real feeling for how massive these locations were, and making Link look appropriately small in comparison. This makes the transition to HD with ease, looking even better than it did before. Character models all look great as well, which helps as these are some of Twilight Princess’s best qualities.

Character design throughout The Legend of Zelda: Twilight Princess is fantastic, with designs that have now become almost the standard for many of the most classic characters. New ones shine as well, with Midna not only looking great, but also having a fantastic personality that stands out among Link’s other companions. Midna, with her sassy banter, and overall fun demeanor is the true star of Twilight Princess, and the HD remake only lets her flourish more with an updated character model that looks stellar on the Wii U. The characters are great and have been updated, but only slightly. It’s in the gameplay where this HD re-release really mixes things up. 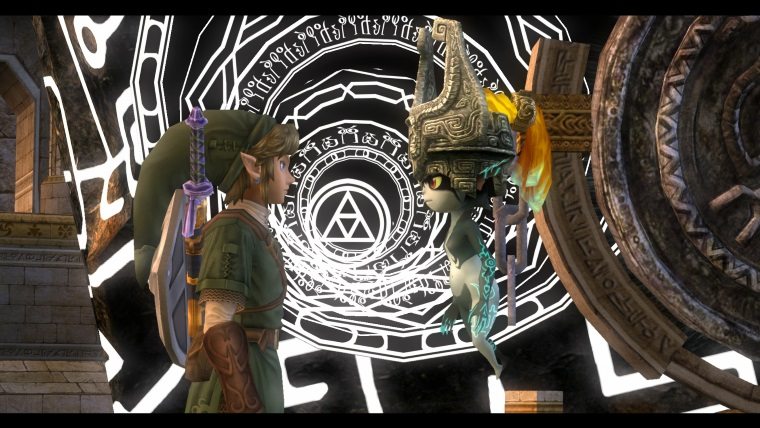 As with The Wind Waker HD before it, the Gamepad is the standout improvement in The Legend of Zelda: Twilight Princess HD. Being able to manage your inventory on the screen, never having to pause the action as you move about the environment is simply the best way to play a Zelda game. Whatever the NX is, it had better allow for this functionality, because it will be hard to go back. Having a map handy is also helpful, as the tiny one on the TV screen isn’t very easy to see most of the time.

The Gamepad is the standout improvement in The Legend of Zelda: Twilight Princess HD

However, this Gamepad support comes at the cost of the Wii remote and its motion controls. Even in the mirrored Hero Mode, which also doubles the damage dealt out by enemies, players will have to use the Gamepad or Pro Controller. It’s unfortunate to have missing features in what is definitely the definitive version of the game, but most will agree that playing with standard button controls is the way to go for this particular journey.

Nintendo didn’t stop at just messing with the controls though, they took a deep dive into the inner workings of The Legend of Zelda: Twilight Princess. Looking for differences is almost like playing Where’s Waldo, as some are really tough to spot. This is actually a compliment though, as it’s obvious that this is how the game should have been presented from the beginning. Things like not reminding you of rupee values, better controls for swimming, larger wallet sizes, and a streamlined quest for Tears of Light, all seem obvious in hindsight, but are really effective at making The Legend of Zelda: Twilight Princess HD play much better than its progenitor.

Some items could have used a bit more tweaking though, with the Tears of Light in particular still feeling like a boring slog that messes with the game’s pacing. Originally you had to locate 16 of these items in each of the three quests. That was brought down to 12, but possibly a few more could have been shaved off. In other areas, the loading between sections of Castle Town and Hyrule Field are still a bit disruptive. If these could have been worked out then it would have made for an improvement on par with Wind Waker HD’s Swift Sail. Instead we have a very nicely upgraded game in all respects, but one that doesn’t quite hit the lofty heights of its HD predecessors. 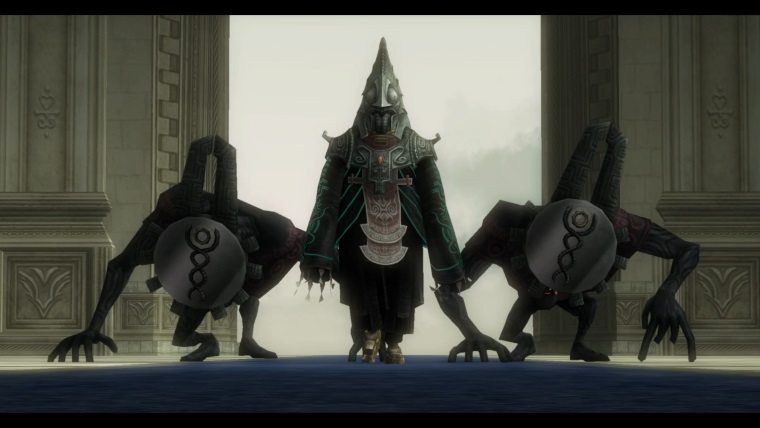 One area where The Legend of Zelda: Twilight Princess HD does far exceed Wind Waker is in its dungeon and boss design. This was true of the original game as well, but going back to it really hammers it home. There are not only more dungeons here than many other Zelda titles, but they are also expertly designed. There are some truly memorable and interesting moments contained in each dungeon, such as using the Iron Boots to magnetically attach to the ceiling and walls. The real standout though is the City in the Sky with its dual Clawshot action.

Disappointingly, Twilight Princess might contain some of the most interesting items of any Zelda game, but you don’t really get to use them to their full potential. The series has been criticized before for giving you something cool, teaching you how to use it, then tossing it aside for the next shiny object in the following dungeon. It is much more pronounced in Twilight Princess though, which is all the more apparent due to how cool and fun some of the items are. It’s also odd how they are introduced, with the bow essentially making the slingshot useless later in the game.

Amiibo support is, of course, a big part of the game. The Smash Bros. Zelda figures give you certain boosts, with Ganondorf actually making the game more difficult for those that thought the original was too easy, which it was. The special edition included Wolf Link Amiibo opens up the Cave of Shadows, a gauntlet where you descend through levels of enemies battling them in ever increasing numbers and difficulty. Unfortunately this section utilizes Wolf Link, which is easily one of the worst parts of The Legend of Zelda: Twilight Princess HD. 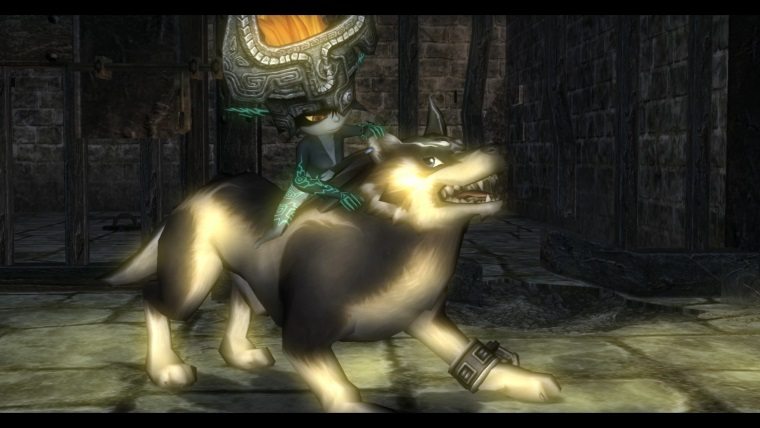 One of the more unique aspects of Twilight Princess is this wolf transformation. Why it happens isn’t really explained fully, perhaps it was just because it was the mid-2000’s and all the cool protagonists were doing it. Still, while the mechanic is interesting, its implementation, even in this HD re-release leaves a lot to be desired. Controlling Wolf Link just isn’t as interesting as playing as Link, especially in combat. The requirement to kill all enemies in an area at the same time adds some strategy to it, but overall the fighting just feels dull and frantically uncontrollable. This also could have used some work with this update, especially in the camera department.

The Legend of Zelda: Twilight Princess HD is another stellar re-release of a true adventure game classic. It hasn’t aged as well as its predecessor, but no one should have expected that due to the more realistic art style utilized here. However, Nintendo definitely went the extra mile in updating this for the HD release, giving it a graphical coat of paint, and adding in some nice gameplay tweaks. A few areas could have used more attention, but overall this is the best way to play an already fantastic game.