The latest news in the world of video games at Attack of the Fanboy
September 9th, 2016 by Mike Guarino 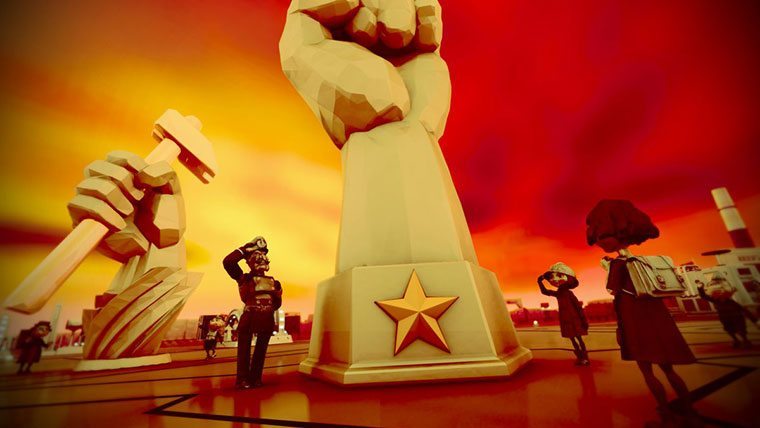 In the world of crafting games there tends to be those who play nothing but those kinds of games and those who want nothing to do with those kinds of games. We’re in the era of Minecraft where people just log into this massive world and create whatever they want and make their own game in the process, with that level of control and lack of rules being the appeal. While there have been plenty of imitators since then, The Tomorrow Children stands out for taking things in a thematically and mechanically different direction, for better and for worse.

While this game can be one that is difficult to really pin down with a concrete summary, you’re essentially tasked with rebuilding towns in a post-apocalyptic world by travelling to strange and vast structures to mine for resources. You control a little clone girl (that looks like every other little girl in the game) and start off with very little in order to complete your tasks, and the game just drops you into its world to figure most things out for yourself. While there are some tutorials to help you along the way, the sheer amount of things to take in at once is a little overwhelming and causes the opening hours to really grind.

Basically, the game tries to stand out with its social element where you are tasked with creating and powering up a town with other players online through asynchronous gameplay. You’ll craft shops to buy new mining tools, weapons to take down monsters, devices to give the town more energy so it can run everything that has been created within it, and so on. Everyone has a part in the end goal of meeting all of the stat requirements to make the town as good as it can be, though the process of doing that is extremely repetitive. 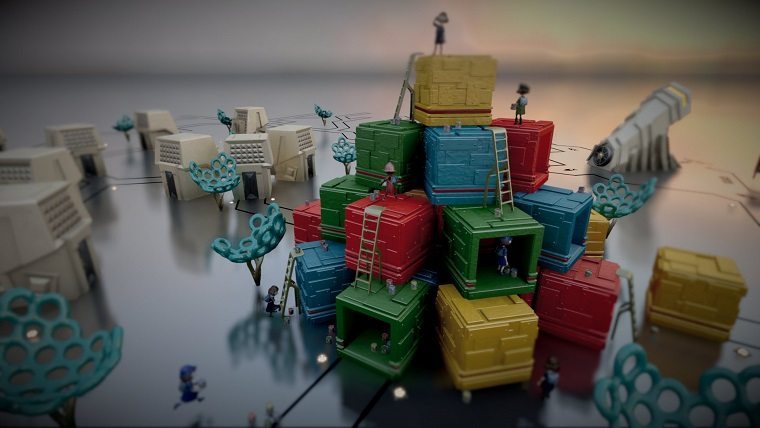 Throughout the journey you’ll be taking buses to new areas to explore massive structures for resources, with the structures sometimes being nothing more than a sequence of floating objects and other times being jaw-dropping edifices of things like massive pigs or a man looking up at falling missiles. These structures can be hacked through with a pickaxe, shovel or the like to reveal labyrinths within that will contain the resources you’re looking for, but also enemies that seek to keep you from getting them. While the initial wonder of what lies inside of these structures is exciting, unfortunately, the game’s lack of variety results in the shine wearing off fast.

Scaling these massive monuments can be enjoyable in its own right, as you look for walkways, ledges and other things in order to try and get to the top of them. Other players who have already made their way up them can leave a ladder for you so you can get up easily, or you can purchase your own jetpack and soar all the way up to the top. Just how big some of these things are can result in you having to stop a moment to take it all in, and while they’re not always interesting, when they are they don’t disappoint.

For as much as the layouts can change with these structures, you’ll typically be dealing with the same batch of enemies and will utilize the same methods of mining what you need. You have a very limited storage supply that allows you to hold just a handful of resources at first, meaning you have to chuck things back to ground level to either deliver them to the bus stop yourself later or have another player do the job for you. Enemies attack in very predictable patterns, and the combat (melee or ranged) is very clunky and not all that fun to take part in. You can take on the most common floating bat-like enemies with your mining tools, or you can whip out a shotgun or even a rocket launcher to get things done faster. Once you’ve taken down the enemies they’ll also drop resources to be brought back to your town, and thus continues the cycle of explore the structure, find resources, return to town, and repeat. 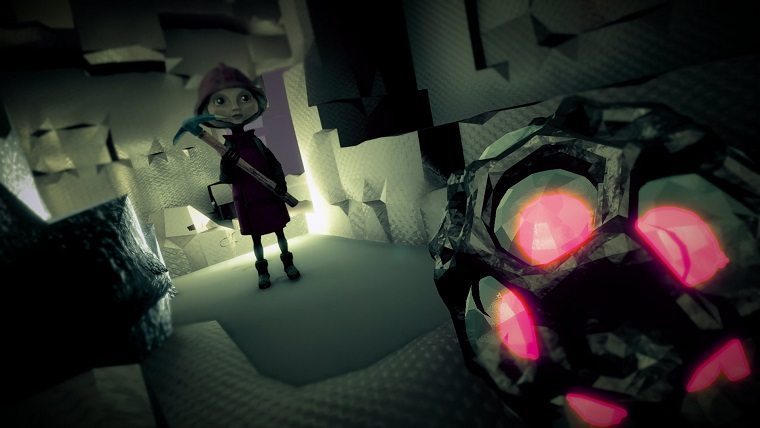 This isn’t to say that there isn’t any enjoyment at all to be found in this process, but it’s just that the game isn’t scaled well enough to keep it interesting for very long at all. The initial wonder of what lies before you and the goal of rebuilding your town wears off when you complete said town and are just shuffled off to the next one. There’s no real drive given to the player to really make them want to complete the town, as the reward for doing so just isn’t all that rewarding. This would be fine if the mechanics at hand were enjoyable, but they just aren’t.

A problem with these towns is the fact that you’ll be entering them at various stages of development, though in my experience they were usually already very far along. While it’s good that you’ll be able to make use of all the various shops, crafting tables and so on as soon as you arrive in them, it leaves you with not that much to do on your own to really make a big dent in the town’s creation. A town that is crowded with other players means that it will fill up fast and leave you with little to do, though entering into a ghost town results in progress being at a snail’s pace. This means that your enjoyment of this process can largely hinge on what kind of town you’re placed into, and while you can pick them from a list it doesn’t always mean you’ll get a good town.

There is a character progression system to give you some sense of progress as you complete town after town after town, as the points you accumulate will allow you to hold more items, do more damage and mine things more quickly. While this certainly speeds up the process of the aforementioned gameplay loop, it doesn’t make the process any more enjoyable. You’ll still be doing all of the same monotonous actions, but just more efficiently as the game goes on. 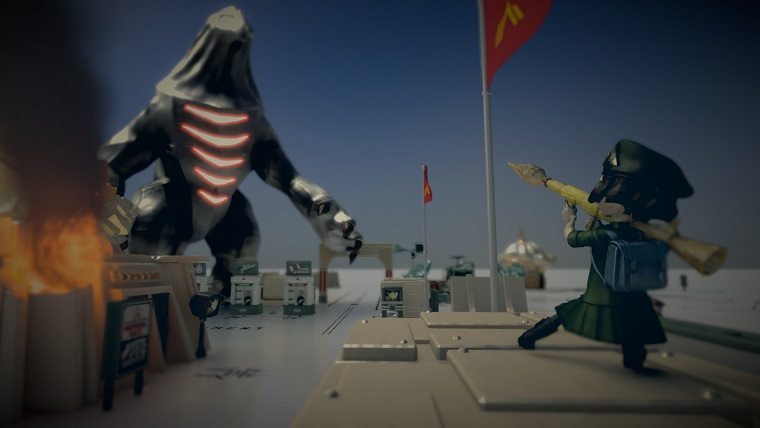 Thankfully, the game features a very appealing visual aesthetic that makes your journey easy on the eyes. Everything has a creepy, doll-like look to it that is riddled with Soviet Union-themed imagery and symbolism. There’s a very robotic way that all of the townsfolk carry on with their duties for the greater good, with everyone being nice little sheep who wouldn’t dare question their superiors. It’s definitely a unique setting for this kind of a game, and though a linear narrative obviously isn’t delivered considering the type of game it is, it nonetheless makes wandering around the game’s world a little more interesting.

The Tomorrow Children is a very interesting game, but one that left me feeling lukewarm towards it. I was drawn in by its post-apocalyptic theme and its bizarre structures that beg to be explored, but was left underwhelmed by the lack of depth that lies under the hood. Exploring, gathering resources and then slowly building a town doesn’t result in the best gameplay loop here, and the game’s lack of scale means that you’ll see everything it has to offer before long.