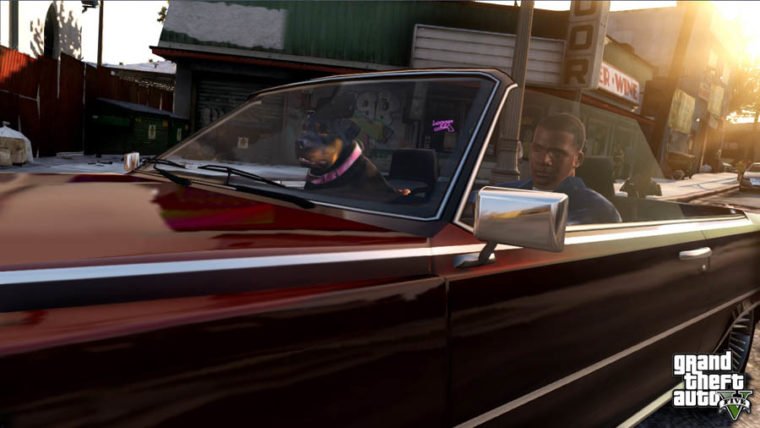 If the collection of GTA V screenshots that Rockstar Games has released over the last few months tells us anything, it’s that the game has got a ton of variety. Today the developers released four new images, two which contain a look at classic cars in GTA V, one depicting the tried and true method of acquiring vehicles in the open-world title.

The other two show off a murkier underwater environment, as well as Franklin making what appears to be a evading police on a dirtbike.