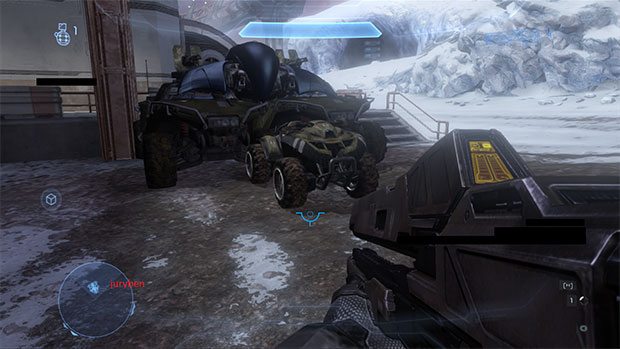 A new image has been leaked from what is either a private beta test for Halo 4, or an internal testing situation for the upcoming shooter.   In it, you get an up close look at the rail-gun in the game, as well as a ghost, two wharthogs, and a mongoose that looks like a super-vehicle at first glance.

Other things that can be seen from the shot include a new feature in the HUD radar that show where vehicles are located on the map.  In previous Halo titles, vehicle were displayed on the map with larger dots than soldiers on foot.

There is no public beta scheduled for Halo 4 prior to its November release on the Xbox 360.

These images are no longer available.