The latest news in the world of video games at Attack of the Fanboy
October 12th, 2013 by William Schwartz 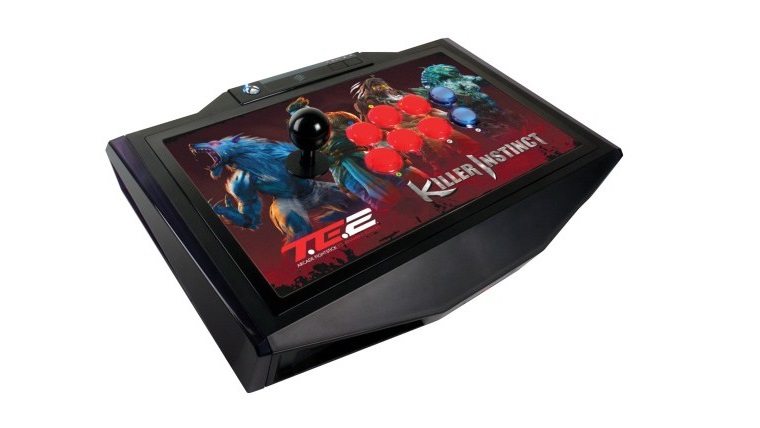 Six new pictures of the Xbox One’s exclusive Fight Stick for KI have been released recently. The first can be seen above, and the rest can be found by pressing the arrows at the top. It can be preodered in the US for $199.99, and will be available to order in the UK soon.

The six pictures, released by Mad Catz and Double Helix, show the joystick from all angles, including a sneak peak at what’s under the hood. The full name of the joystick is actually ‘The Killer Instinct Arcade FightStick Tournament Edition 2’. It will be available from 22nd November, the release date of the Xbox One and KI.

If you want to see the FightStick in action, Mad Catz have a 10-minute preview over on their YouTube channel, which can be found here.