No Black Ops 2 Uprising Yet? Live vicariously through these screenshots

The latest news in the world of video games at Attack of the Fanboy
April 17th, 2013 by William Schwartz 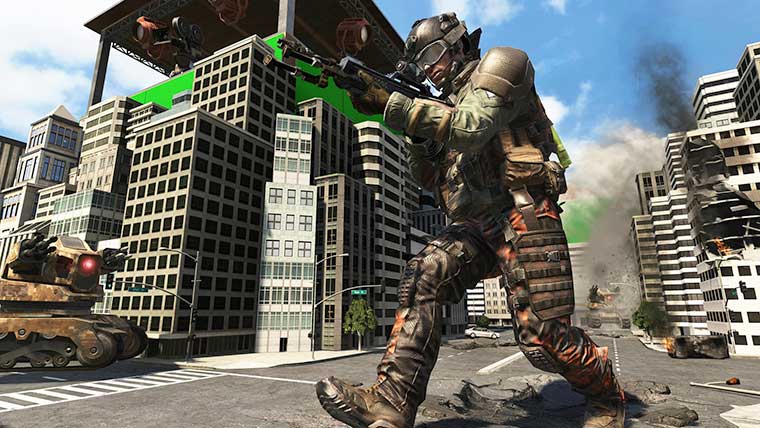 Yesterday Activision released the second round of downloadable content for Call of Duty: Black Ops 2. The standard issue map pack features four multiplayer maps and one new zombies experience called “Mob of the Dead”. If you’ve yet to pick up the map pack for the shooter, Activision has released a bunch of new screenshots for the new content.

Included in the press release, Treyarch’s Mark Lamia explains his excitement about the release of the new map pack.

“Uprising is equal parts creativity and passion, all rolled into four amazing multiplayer maps, and entirely new and ambitious ‘Mob of the Dead’ Zombies experience,” said Mark Lamia, Treyarch’s Studio Head. “We’ve packed a ton of gameplay into the multiplayer maps, including game-changing environmental challenges and opportunities. And with ‘Mob of the Dead,’ the team has pushed the boundaries of the Zombies fiction into new territory, anchored by top Hollywood talent.”

Uprising is available on Xbox Live for 1200 Microsoft Points and is available as part of the Call of Duty: Black Ops 2 Season Pass.

Home / Screenshots / No Black Ops 2 Uprising Yet? Live vicariously through these screenshots