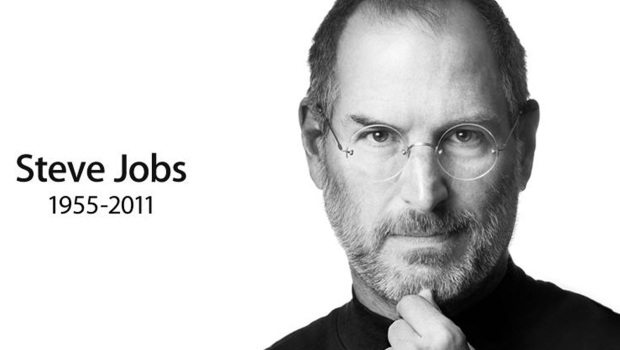 Decades from now when we remember Steve Jobs and commemorate his life, work and achievements, we’ll be celebrating a man that has brought to life countless innovations which have unquestionably revolutionized our society and mainstream culture. The film, music, and even the automobile industries have irrevocably been changed and forever influenced by the genius of Jobs. If there is one such area of entertainment and technology that some would consider virtually untouched by Jobs, it would be that of gaming.

Sure, Jobs’ impact on the medium of video games will quite obviously not be as prominent as was his influence on the personal computer, but the gaming industry would be remiss if it didn’t acknowledge the effects of Jobs’ innovation. The Apple II for example, one of the first 8-bit personal computers mass-produced for the home, had the ground-breaking ability to translate colored pixels onto the computer screen. What does such a seemingly minute invention have to do with video games? The innovation would become the precursor to the incremental steps that would lead to what is now defined as modern “PC gaming.” So when you’re utilizing the abilities of your Nanosuit in Crysis or engaging in an epic 64-player skirmish in Battlefield 3, remember, Steve Jobs helped to make such luxuries possible. Yes, Bill Gates is cringing.

Through the years, Apple would become one of the preeminent technological companies and with the help of visionary Jobs at the helm, they would not only consistently redefine the capabilities of the home microcomputer, but they would also pioneer the concept of social, mobile media. With the introduction of the iPod and iTunes, the company would break new ground in the area of digital distribution and would soon come to dominate the market. In June of 2007, Apple entered the cellular phone business with the introduction of the iPhone, a multi-touch display cell phone with a fully functional web browser, subsequently changing the face of the mobile browsing and social media scene forever.

More recently, the popularity of the iPhone, iPad, and their inventive iOS software have opened up new doors for Apple as a gaming publisher. The evolution of today’s mobile gaming industry and its enormous growth in less than five years is undeniable. As a result, Jobs and Apple, perhaps unintentionally, found themselves amidst a new generation of gamers that yearn for deep, innovative gaming experiences for a relatively inexpensive price.

The embodiment of this new mindset came in December 2009 with the release of Angry Birds, a mobile game developed for Apple’s iOS that requires players to fling birds via a slingshot in attempt to retrieve a set of stolen eggs from evil pigs guarded by various structures. The game’s premise is simple enough, but the game’s user-friendly controls and replayability value allowed it to become a commercial hit and cultural phenomenon. Since its release, over 12 million copies of the game have been purchased from Apple’s App Store.

In this sense, Jobs and Apple have inadvertently created arguably the most successful mobile gaming device on the market today. One could in fact accredit the impact of iOS with delivering a new era of game design to the industry – one that is epitomized by quick digital delivery methods, sleek touch-enabled controls, and feasible prices when compared to their console counterparts.

Just a few years ago, most involved with the gaming industry would have considered it unfathomable for there to be an apparent bridge between those who would define themselves as “casual” gamers, and those who would define themselves as “hardcore.” Nevertheless, the success of iOS is clearly causing the gap between these two factions to close, albeit, methodically. The popularity of Angry Birds has led to an era in which the independent game developer has little to no limitations and an abundance of creative options in terms of what devices like the iPhone and iPad will allow them to do. It is very likely that even the most prominent game developers will begin to adapt to the methods of these new platforms, drawing off of their innovative design and incorporating it as such into future releases.

It is relatively easy to dub Steve Jobs as one of the most creative men ever to walk this planet, because he will undoubtedly be so remembered. Judging his legacy and lasting influence on our culture however, may come to be harder than it seems on the surface as Jobs’ impact reaches to countless aspects of our society. Jobs always demanded quite a bit from his colleagues and those around him, but you would be hard-pressed to find an Apple employee who believed he asked for an effort that he himself was not willing to give. The following quote from his 2005 Commencement speech at Stanford University can be viewed as a microcosm for how he sought to live his life and additionally, his management style – as a man who always aspired to position his company’s products at the vanguard of the technological medium by setting trends rather than following them.

“Your time is limited, so don’t waste it living someone else’s life. Don’t be trapped by dogma – which is living by the results of other people’s thinking. Don’t let the noise of others opinons drown out your own inner voice. And most important, have the courage to follow your heart and intuition. They somehow already know what you truly what to become. Everything else is secondary.”