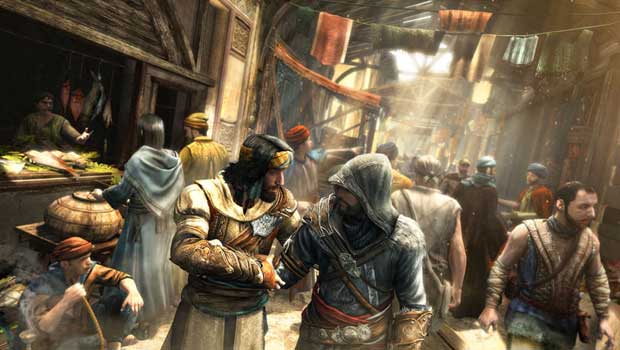 In Ezio’s final chapter, Assassin’s Creed: Revelations, Ezio is on a personal quest in search of the secrets left behind by legendary Altair.  Instead of finding the answers he seeks, he soon realizes that the Templars are also looking for the keys which are scattered throughout Constantinople, that unlock the hidden library.

Ezio will need to utilize his allies to make his way from Constantinople with the Ottoman guards doing all they can to stop his escape.  Ezio needs to circumvent the blockade, find the Templar which he seeks to find one of many keys required to unlock the library.