Take the fight to sea in Assassin’s Creed III 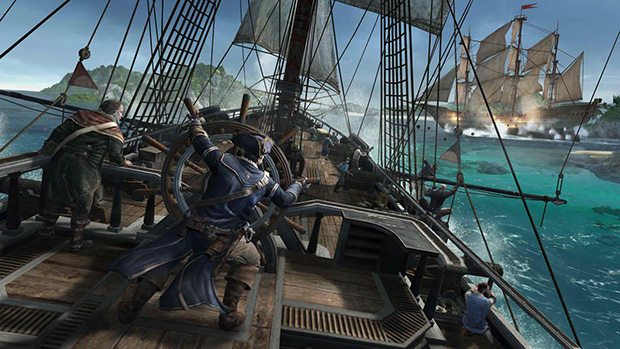 Earlier this year Ubisoft revealed that Assassin’s Creed III would be taking to the high seas come the Fall, but today, a bit more of the naval warfare from the game has been revealed in a trailer released for Gamescom.

Ship versus ship battles will have you firing cannonballs across the bow of your opposition, boarding their ship and cleaning up those who’ve chosen to go down with the vessel. It wouldn’t be a proper sizzle trailer without a daring escape by the protagonist as well.

Assassin’s Creed III is shaping up to be a game that is full of variety. Earlier this month Ubisoft revealed Frontier gameplay which showcased many other new gameplay features for the sequel.

Assassin’s Creed III is due out on October 30th, 2012 on the Xbox 360 and PlayStation 3 with a PC version and Wii U version scheduled to release in 2012 as well.