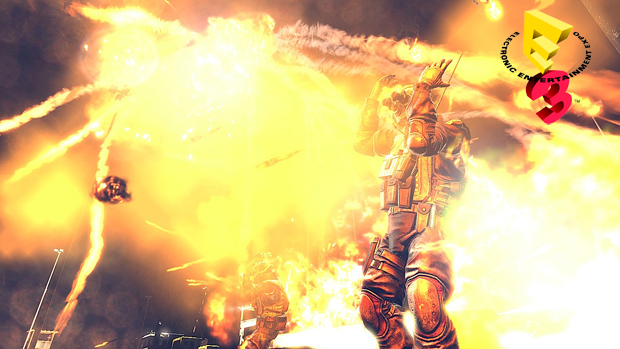 The year is 2027 … A once proud America has fallen, her infrastructure shattered and military in disarray. Crippled by a devastating EMP strike, the USA is powerless to resist the ever expanding occupation of a savage, nuclear armed Greater Korean Republic.” — THQ product description, Homefront

More simply put, Homefront is Red Dawn. Just replace the Russians with the Koreans and there you have it. But unlike Red Dawn, you’ll be immersed in this FPS shooter. We’d have given our left arm to watch the hands off display that bigger sites like IGN, Kotaku, and Joystiq got to see but we’ll go head and take their word for it, when they say it looks awesome.

The game is set for multiplatform release in first quarter 2011  by THQ and Kaos Studios.

Update: As it turns out, Kaos is now defunct. Though Homefront is still kicking around, and is quite possibly getting worse as time goes on. The original Homefront release was bad. You can check out our review for the game. Years later a sequel was released, and it was just as bad, if not worse than the original.