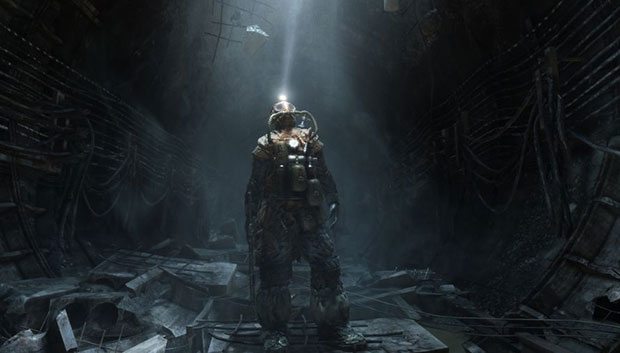 Back at E3 2012, THQ showed off this segment of gameplay for Metro: Last Light. While the footage looked familiar to Metro fans, it also shows off the more supernatural twists that Last Light will have when it releases in 2013. For those that played the original, you’ll also notice that the landscape above the Metro has changed considerably with the seasons.

In this sequence, Artyom is forced into an alliance with the young Red Line officer named Pavel as they attempt to cross the hostile surface of post-apocalyptic Moscow in a bid to reach the relative safety of the legendary station city, The Theatre.

Following out E3 viewing of the title, we got together with Huw Bey to speak briefly about the changes we’ll see in Metro: Last Light.