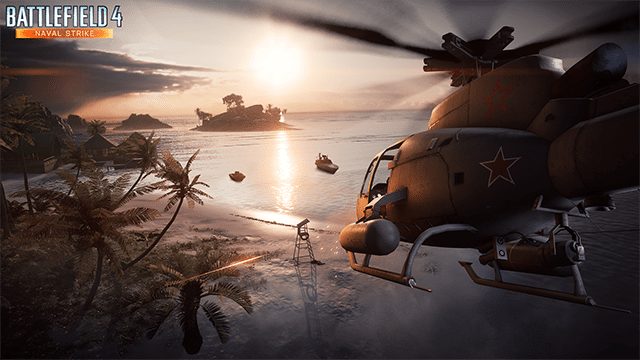 Battlefield 4 on PC is finally getting their Naval Strike expansion, following a multi-week delay of the content. DICE says that Battlefield 4 Premium subscribers on PC will have access to the new content as it rolls out today, March 31st.

DICE had originally claimed that the PC release of Naval Strike was delayed due to “performance issues on mid-range to high-end PCs.”