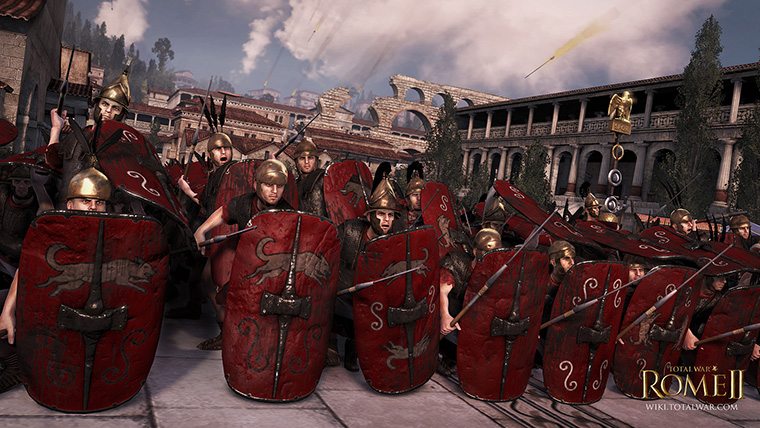 It has been a busy week for Creative Assembly, as they have been showcasing their new upcoming game, Total War Rome 2, in the city where it all started: Rome, Italy. You can click here for a Youtube vlog of some stuff that happened at the special event.

Of course it is nice that some people are already getting their hands on the game to play around with. They got to play the prologue campaign which amounts to about 2 to 3 hours of gameplay, which you can read more about if you click here.

Undoubtedly, it is around the time where reviewers will soon be receiving copies to do the final box-tickings and the game is most likely not going to change much from what we see now in gameplay footage minus potential bug-fixes and DLC.

So, here is what you’ve been clicking on this article for, a collection of all the gameplay footage on Total War Rome 2 from this event. Interesting enough, everyone has the same footage (sent to them by Creative Assembly as opposed to self recorded), but different commentary, pick and choose whichever you wish to view!

The Prince of Macedon is one of (if not) the best Youtube Total War commentators. With his great voice and interspersed historical facts and snippets, you will bound to have a good time watching his videos, if you’re into this kind of thing to begin with. Unfortunately, all of his footage from the event relevant to gameplay, on his Youtube channel, amounts to about 8 minutes, separated into 8 different parts. Still, a good starting point.

If you prefer to listen to two British guy’s commentary over a solitary American’s about Total War Rome 2, this is the video for you. Also more streamlined with all the clips in one.

A Sit Down With One of the Developers

In this version of the footage, you get to hear a developer talk about Total War Rome 2.