Though the world has shifted towards online co-op, there are still some great Xbox local co-op games to play. It is always better to play together, and with the growing popularity of online gaming, local co-op is diminishing. While that is true, there are still many games, both new and old, that are perfect for couch co-op. In this list, you will find some of the best Xbox local co-op games. Let’s get to it.

Caution, this list will feature old games that you’re probably familiar with, but also some new ones that you may not have heard of yet. No matter what, if you haven’t tried one of these games with your roommate, best friend, partners, or siblings in a local co-op setting, you’ll definitely want to try them as each one is fun in its own way.

First up is the Holy Grail of Xbox games. If you are looking for the best Xbox local co-op game, then look no further than Halo: The Master Chief Collection. Especially if you didn’t grow up on the series, like me, replaying the saga from the beginning is an absolute blast that still holds up.

From Halo: Reach all the way to Halo 4, you and an other of your choosing can enjoy the entirety of each Halo game’s campaigns in local split-screen. This is one of the best Xbox local co-op experiences of all time, possibly ever. As the 2021 Game of the Year recipient from The Game Awards, It Takes Two isn’t one to miss. Though the overall plot of forcing a marriage that might be better broken up and getting your daughter to cry by ripping her favorite stuffed animal limb from limb can be pretty problematic, the game is very fun.

Once you’ve embraced the cringy, problematic story and have pushed it off as light-hearted fun, the gameplay of It Takes Two is perfect for all skill levels and ages. I have been playing video games since I was 4 and my best friend just started about 2 years ago and we are playing It Takes Two together and having a blast.

The game never runs out of fresh ideas to throw at players. You’ll absolutely love playing It Takes Two locally. Also, It Takes Two is on Xbox Game Pass, so try it there.

Of course, no “best of local co-op games” list would be complete without putting Minecraft on it. If you haven’t heard of this game, congratulations, you’ve done the impossible. Minecraft is basically a never-ending procedurally generated cube world where you explore, craft, and just relax.

Minecraft is an incredible game that plays up to 4-player local co-op. Vibing out with your buddies as you find a new cave or build your own community in the mountains is a ton of fun that never gets old. If you haven’t tried Minecraft, do. You won’t regret it.

What isn’t there to love about running around a busy kitchen with a pan on fire and hungry, angry customers yelling at you for their food? Overcooked 2 is that, but a lot more fun and a lot less stressful.

A game perfect for local co-op, Overcooked 2 will take you through varying degrees of difficult missions as you work your way to become a master chef. You’ll need to work together in a kitchen, one person chopping vegetables and serving and the other cooking the meat and combining the plates for example, in order to succeed. Order up! 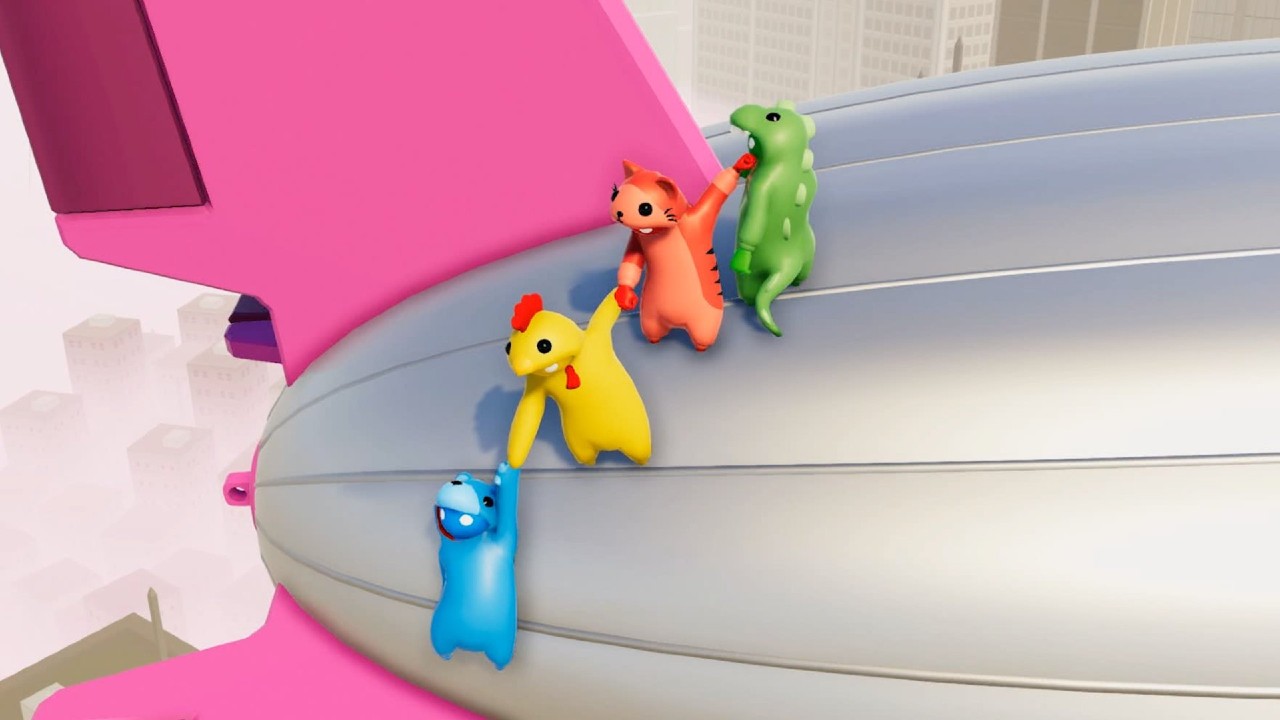 Gang Beasts is always a good time. Basically, you play as your favorite colored ragdoll in any costume you want. When you’re ready, gear up to fight in a last man standing type brawl. The stages rotate from things like a lighthouse to two moving vans.

Gang Beasts will have you rolling on the floor laughing as you attempt to take out your friends. It is definitely one of the best Xbox local co-op games around.

Last, but not least, and by far not the actual last, A Way Out is another great local co-op game. Developed by the same people who made It Takes Two, you and another person of your choosing will play two convicted prisoners planning an escape.

If you’ve ever dreamt of breaking out of prison with your best friend, A Way Out is your chance to live out that fantasy without the whole real-life jail thing.

And that was the best Xbox local co-op games you can play right now. And the best part is that most of them are on Xbox Game Pass so you can try them risk-free.