Call of Duty: Modern Warfare 2 Preview | A Fresh Start for a New Era of COD

Infinity Ward's sequel is on the right track. 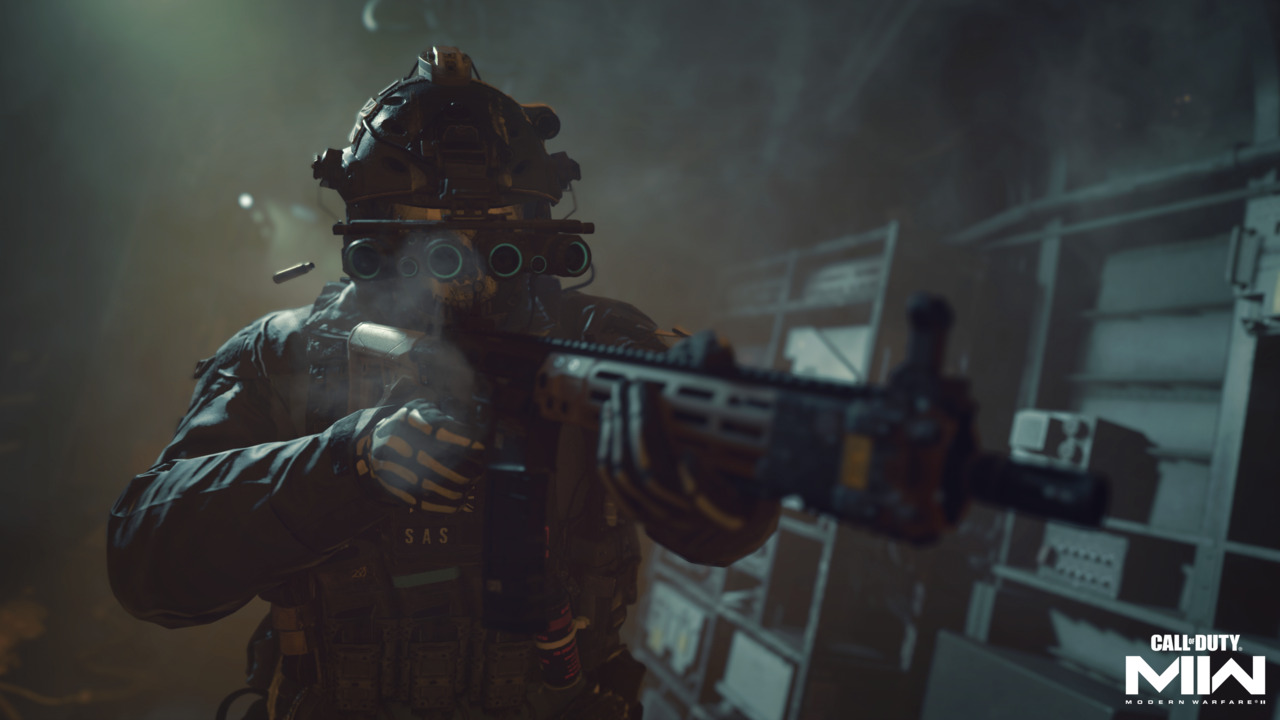 If you ask people what the peak of Call of Duty is, most of them are going to reply with “Modern Warfare 2.” There’s no overstating the cultural impact of the original Modern Warfare trilogy, which is why Activision kickstarted development on a reboot after fans expressed backlash to the franchise’s futuristic direction a few years ago. The Black Ops series has also seen a slightly less successful resurgence along with Sledgehammer’s revisiting of World War 2 in Vanguard, but Infinity Ward’s Modern Warfare reboot series is clearly the most popular of the trio.

Modern Warfare 2019 had a lot to live up to. The original Modern Warfare had a campaign with a gritty, melodramatic story that broke new ground for the industry at the time, and the multiplayer component revolutionized progression and influenced basically everything that followed in its wake. The reboot was mostly successful at recapturing that, delivering a reimagining of Task Force 141’s origins and providing one of the most enjoyable multiplayer suites the series has seen in quite some time. It was also the birthplace of Call of Duty: Warzone, which needs no introduction.

While COD 4 had a much larger impact on the gaming industry at large, it’s the sequel that fans continue to reminisce about. It makes sense though, as Modern Warfare 2 was the go-to multiplayer game during the golden age of Xbox Live at a time when online gaming was still somewhat novel. It was a time when everyone had their microphones plugged in and didn’t retreat into party chat or Discord calls. People laughed, cheered, fought (and said way too many slurs) as killstreaks rained from above. Modern Warfare was the blueprint. Modern Warfare 2 refined that blueprint. 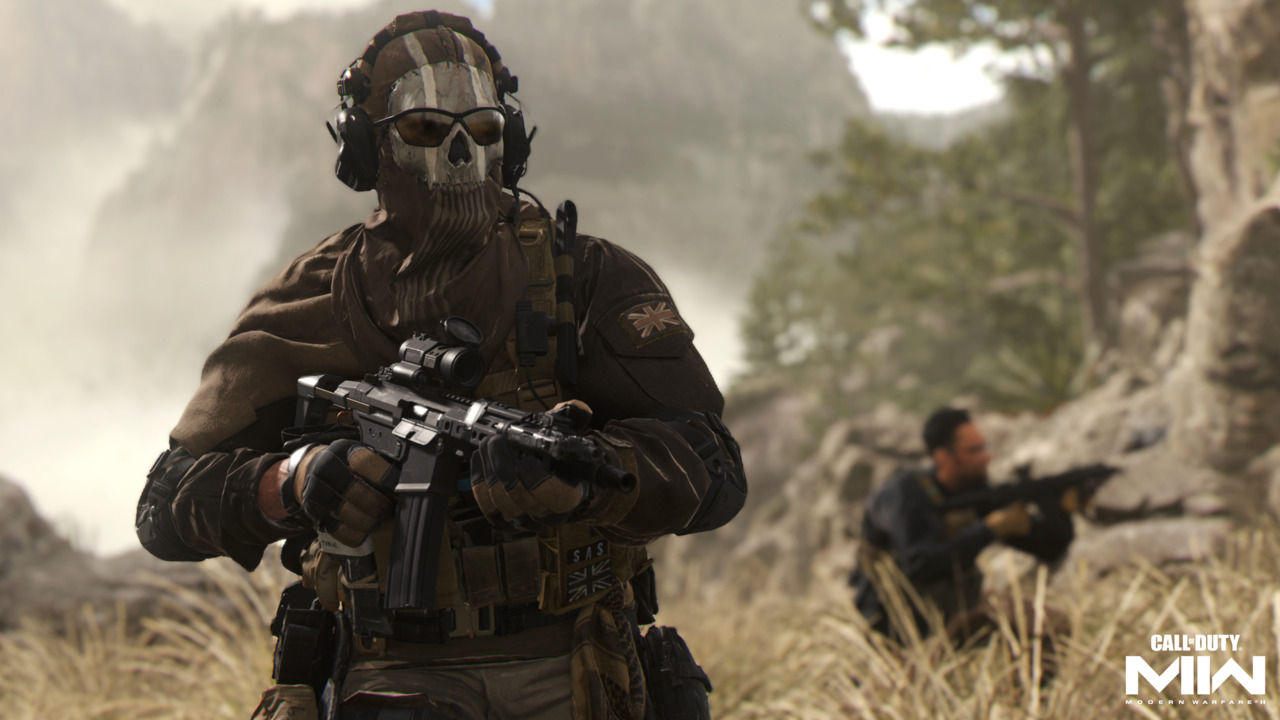 This preview has such a long preamble because Modern Warfare 2 is a cultural icon. It’s remembered fondly even 13 years later. The phrase “pre-nerf akimbo 1887s” still strikes fear into the hearts of many, and I personally can still hear the sound of the suppressed ACR with a heartbeat sensor when I close my eyes. You cannot ignore that if you put the name “Modern Warfare 2” on the box. There’s a reason why fans are so hyped for this game when (at the time of writing this), the world reveal trailer has yet to be shown off. It’s that name: Modern Warfare 2. It’s the legacy that comes attached.

Can Modern Warfare 2 Live Up to the Original?

I thought about that legacy quite often during my visit to Infinity Ward earlier this month, where the development team shared an exclusive first look at Modern Warfare 2 ahead of the global reveal. As they walked us through campaign missions, discussed new technological enhancements, and detailed changes to core systems, I couldn’t shake a strong sense of nostalgia. The sounds of Intervention quickscopes and “Mom, get the camera” played on repeat in my head. Can this game really live up to its namesake? Is it even possible to recapture that lightning in a bottle?

Only time will tell how the general public reacts to Modern Warfare 2, but from what I saw, it looks like this sequel is following a similar pattern to the one it’s named after. Modern Warfare 2 (2009) took the foundation from its predecessor but pivoted to a more explosive, blockbuster action tone. It traded the slow, methodical sniping of “All Ghillied Up” for the kinetic favela shootouts of “Takedown.” Modern Warfare 2 (2022) is doing the same, ditching the likes of “Clean House” for Uncharted-style convoy chases. 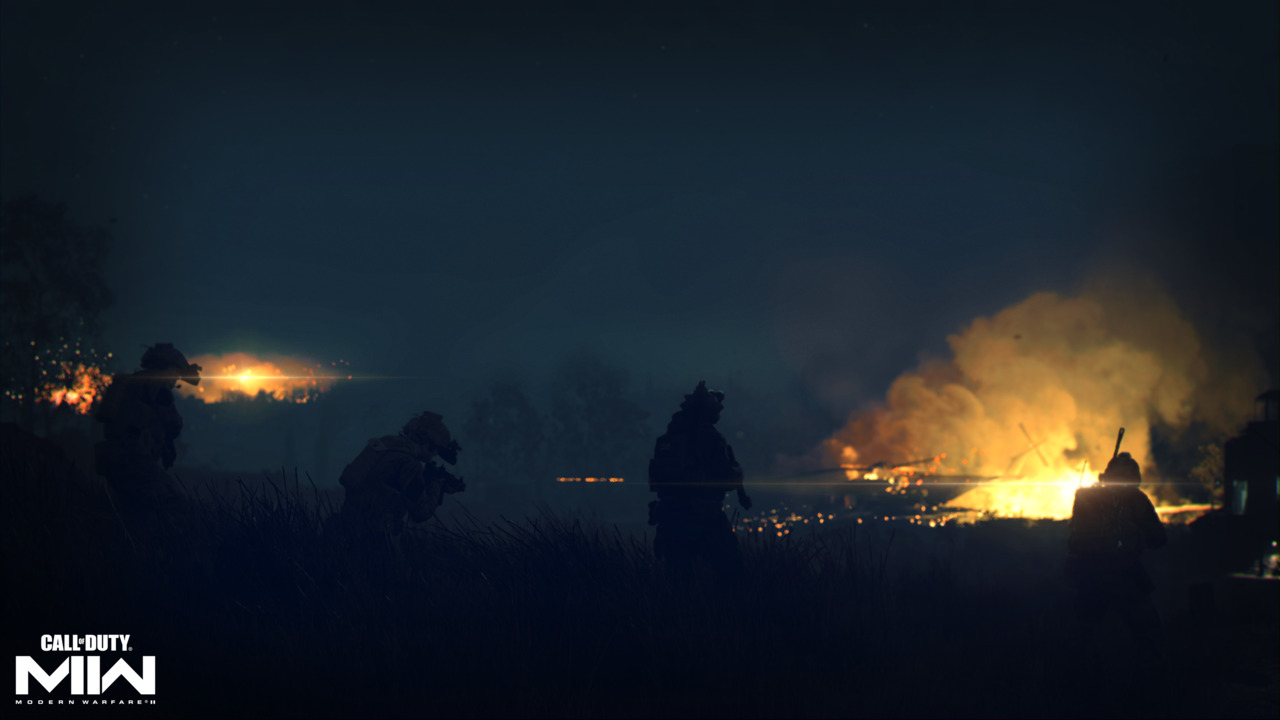 The narrative team at Infinity Ward assured us that while the game will still deal with heavy subjects and grounded scenarios, the campaign’s focus this time around will be on entertainment and excitement. Task Force 141 is finally assembled in this sequel, and it’s time for the boys to get together and take down some bad guys. It’s a globe-trotting adventure filled with explosive setpieces. Don’t expect to see anything similar to “No Russian” this time around.

The handful of campaign missions we got to see looked very interesting, however. The team has gone to great lengths to avoid the typical corridor shooting traps that these games so often fall into. An early mission of the game, a nighttime raid that sees Task Force 141 defending a downed helicopter, is standard Modern Warfare fare, but things quickly diverge from there.

A mission set in an Amsterdam dock sees Captain Price and Gaz stealthily taking down enemies while using the water as cover. Water was a huge focus of the presentation, and Infinity Ward has done a lot on the technical side to make it look as great as possible. The gameplay possibilities opened up by water are the most exciting parts, however. 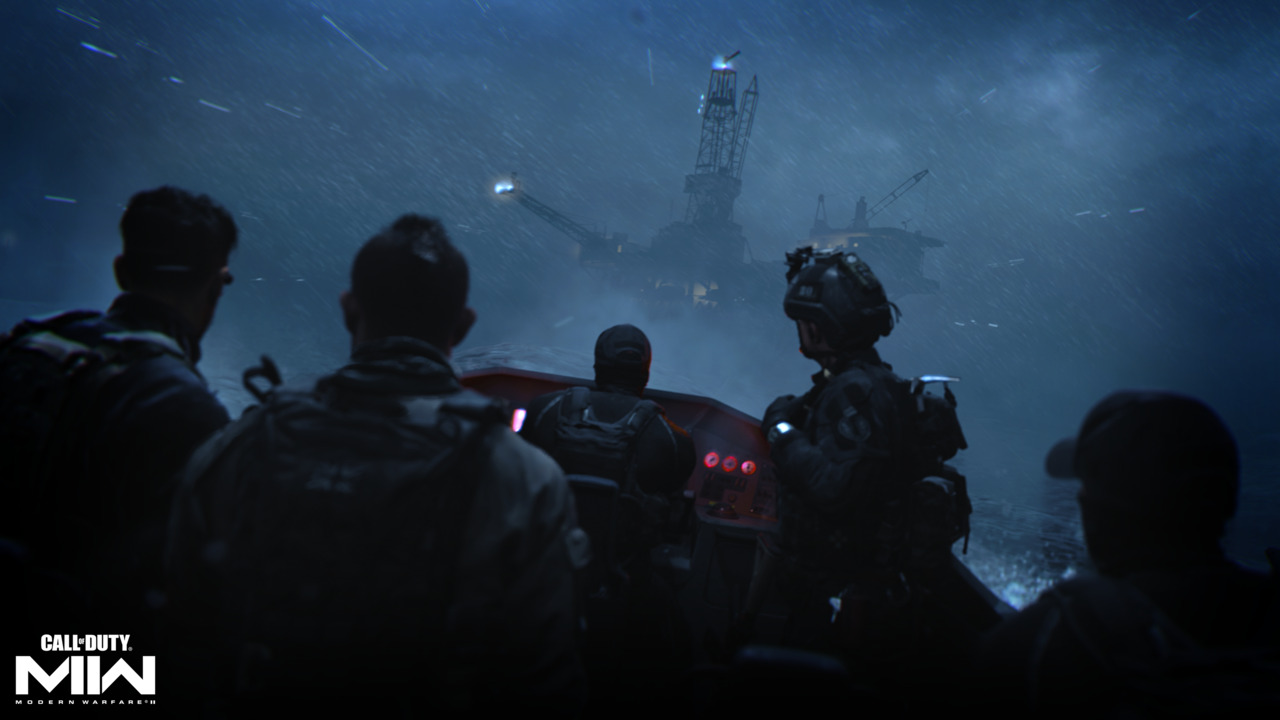 In this campaign mission, Gaz could freely dive and swim underwater to lose enemies, resurfacing elsewhere to take potshots with a silenced pistol. He could also climb onto the docks and take enemies’ weapons for a more direct approach, diving back into the water for cover if needed. If you’ve played the recent Uncharted games, then you know what to expect here.

This water gameplay isn’t just a one-time setpiece for this campaign mission, either. It’ll be present in multiplayer maps similar to Black Ops 4, allowing players to dive underwater to escape from firefights. Only pistols can be fired underwater and their damage is severely reduced though, so don’t expect to rack up killstreaks while sitting in a pool.

There are other new mobility options present across all modes of Modern Warfare 2 as well, such as the new dive option. Just like the slide, you can press the crouch button to dolphin dive like in the first Black Ops. It’s designed as an escape tool though, so it has a lot of ending lag and you won’t be able to fire your weapon immediately after landing. 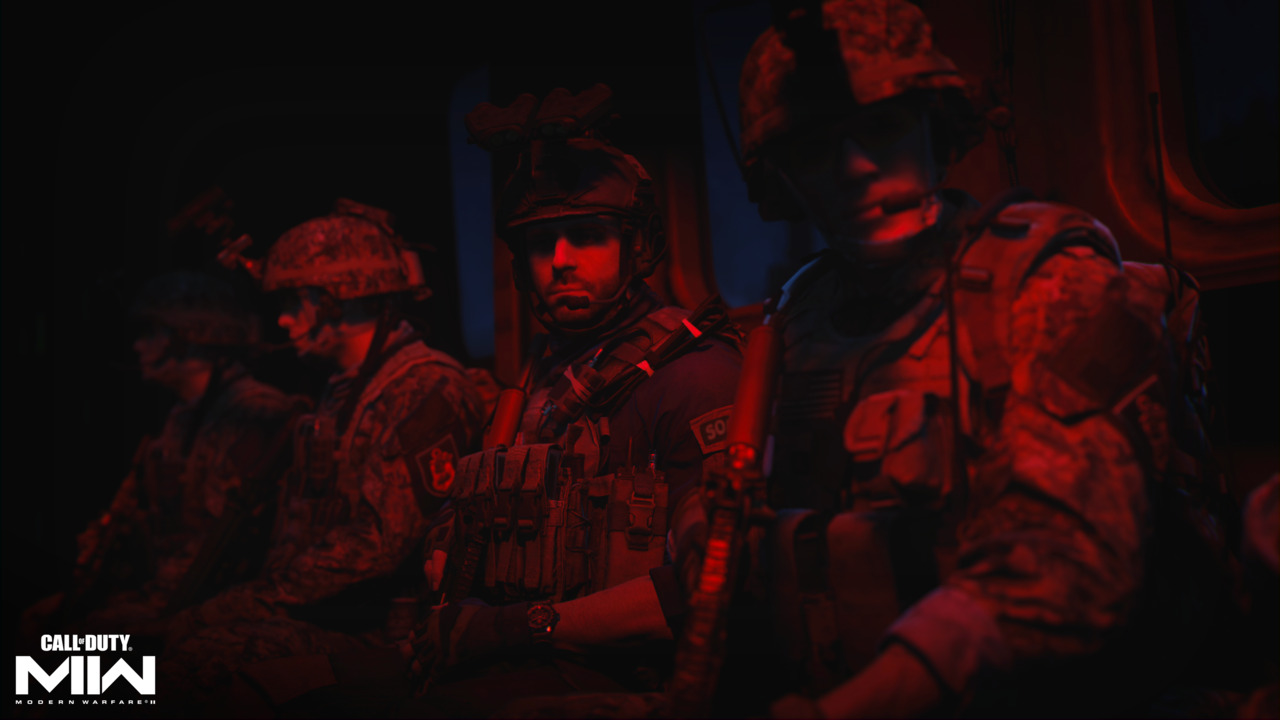 The next campaign mission shown off was an exhilarating convoy chase that takes place later in the game. During this mission, players can drive any of the vehicles and jump from car to car just like in Uncharted 4. You can also lean out of windows to shoot or climb to the roof of your vehicle, both of which are new mechanics for Modern Warfare 2. Just like the Amsterdam mission, this level offered a ton of freedom and variety for the player, something that campaign fans are sure to appreciate.

The slower-paced missions are still present as well. The final mission showcased took place atop a skyscraper where players can rappel down the sides and eliminate targets from the windows. You can rappel upside down as well to get a better angle on your targets, and choosing which order to shoot your enemies plays a large role in your success in this mission. If you liked the tactical gameplay of the first game’s campaign, then you can still find plenty of that in Modern Warfare 2, just with blockbuster twists like this. 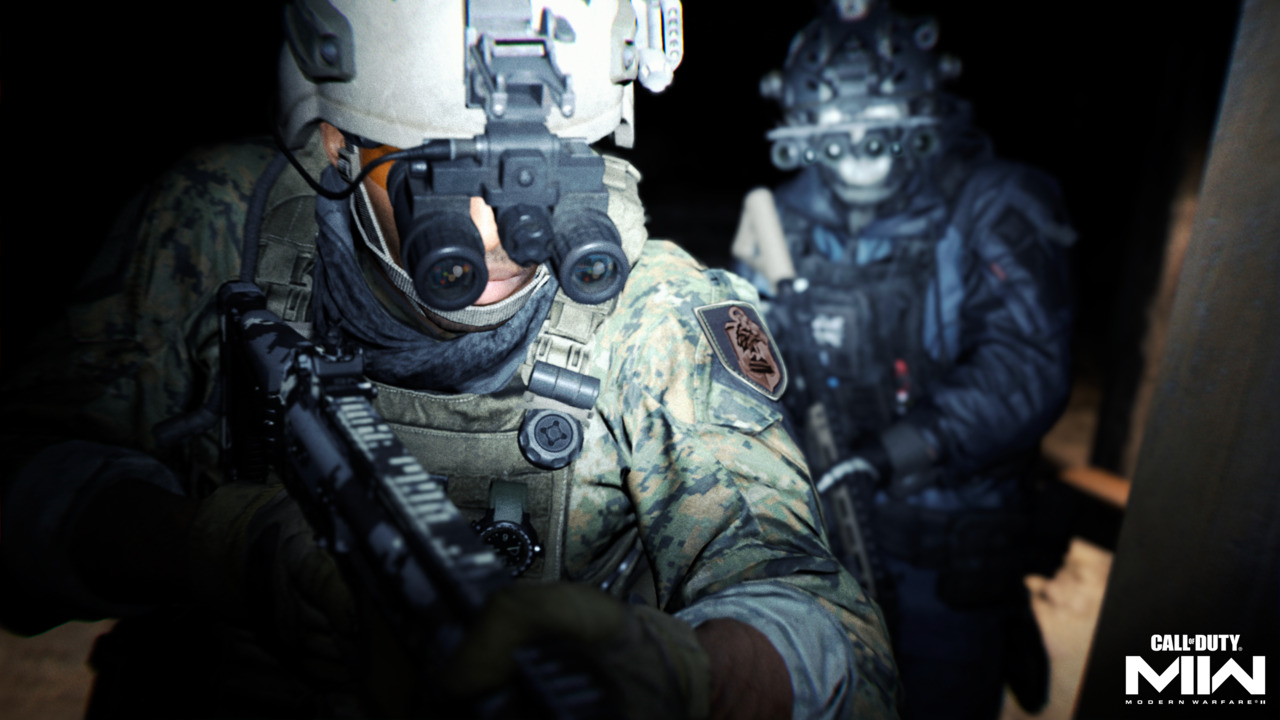 The presentation largely focused on the campaign, but some Modern Warfare 2 multiplayer features were showcased as well. The aforementioned dive mechanic and water mechanics will be present in multiplayer, and plenty of new gadgets are available as well. There’s a new deployable decoy similar to the inflatable decoys in Metal Gear Solid V, and they have multiple poses depending on where you deploy them.

Some of the other new gadgets have more situational purposes but could be very useful in tactical modes like Search and Destroy. There’s a remote camera that can be thrown anywhere, allowing you to monitor certain angles and areas of the map. There’s also a new lethal gadget that deploys explosives on the other side of a wall, similar to Fuze’s ability in Rainbow Six Siege. You could also make use of the new DDOS ability, which disables gadgets and vehicles temporarily. These new tools pave the way for interesting new strategies across all multiplayer modes.

The most interesting tidbit about multiplayer, however, is the revamped Gunsmith. In Modern Warfare 2, weapons are sorted into platforms and you will unlock different variations as you level up. This feels like a natural evolution of what players were doing in Modern Warfare 2019, using the Gunsmith system to convert an MP5 to an MP5k or building an AK-47 into an AK-74u for example. You can still equip attachments and things like normal though, so not much has changed on that front. 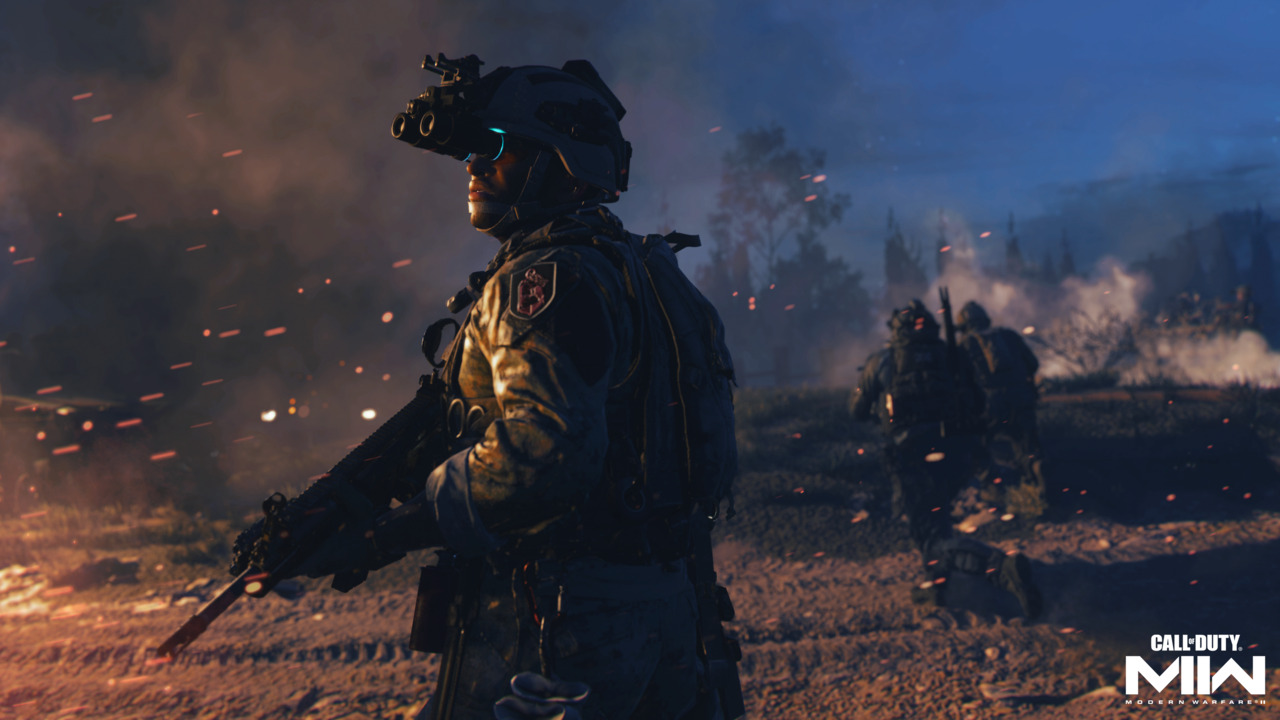 The team also touched on a new attachment tuning feature, allowing you to fine-tune your weapon’s stats and create something that is truly unique to you. It’s easily the most exciting addition to Modern Warfare 2, but it was only barely touched on during this preview event. We didn’t get to see it in action or learn anything more about it other than the fact that it exists. Expect to hear more details about the new Gunsmith features in the coming months.

All in all, Call of Duty: Modern Warfare 2 is shaping up to be a solid sequel to one of the best games in the series. The campaign looks great and appears to offer a level of freedom and variety that the franchise hasn’t really seen before, and the little we heard about multiplayer and Warzone sounds promising (except the part about skins not carrying over). It’s great that Call of Duty games will use a unified engine going forward too. Spec Ops and the new Warzone experience will obviously be huge parts of Modern Warfare 2 as well, but we’ll have to wait a little while longer to hear more about those.

Attack of the Fanboy / ORIGINAL ARTICLES / Call of Duty: Modern Warfare 2 Preview | A Fresh Start for a New Era of COD