There are free-to-play games with better transmog systems than the one Bungie devised. 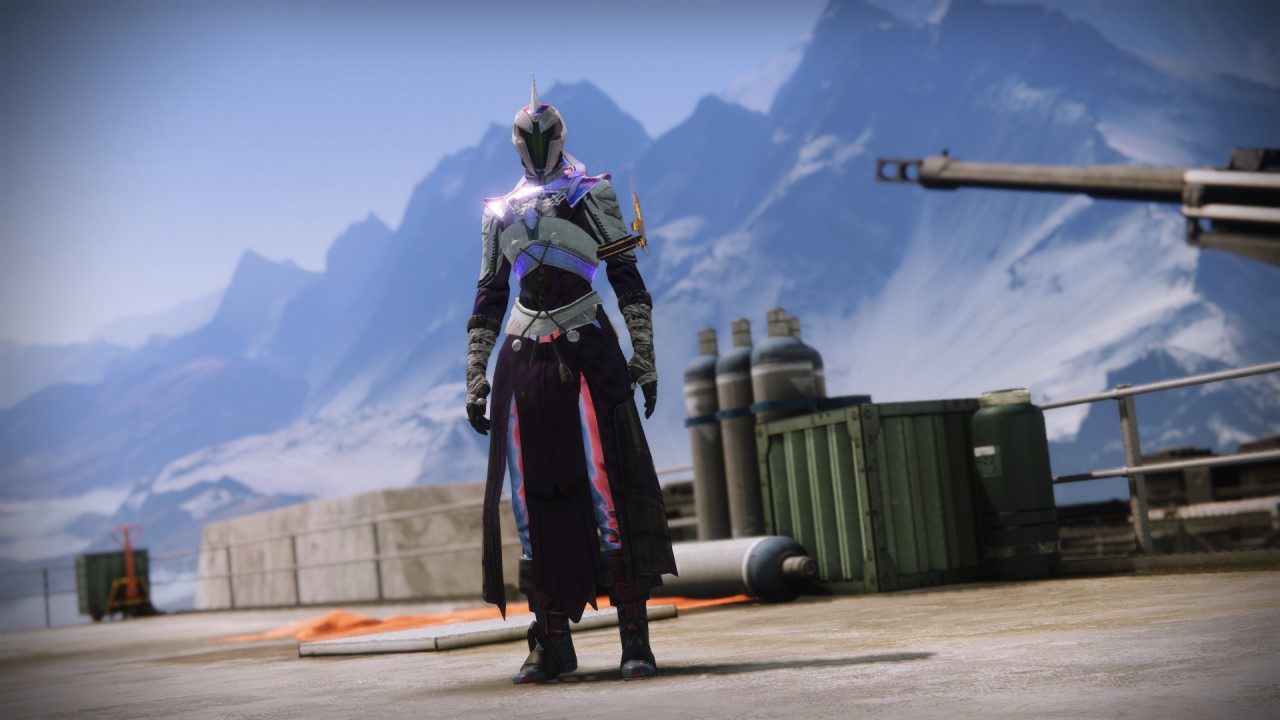 When Bungie revealed a couple months ago that Destiny 2 would finally receive armor transmog in an upcoming season there was much rejoicing. There was plenty to celebrate within that article actually, but armor transmog had been a long requested feature. But, the road map update also left many concerned thanks to the mention of the Eververse store. Would obtaining transmogs in-game be an ungodly, boring grind to incentivize Silver purchases, or would both the in-game and monetary methods of earning transmogs live in harmony with one another?

Well, we now know thanks to the This Week At Bungie update from a couple days ago, and I can easily summarize the general consensus in a single statement: congrats Bungie, you fucked up transmog.

Destiny 2’s armo transmog is somehow worse than any other implementation seen in other games.

The transmog system revealed in this week’s TWAB article is easily one of the most obscene, grindy, and greedy features ever implemented by Bungie. Rather than give the community what they wanted, someone at Bungie decided transmog was the perfect system for aggressive monetization. I’m not here to argue whether Bungie should or shouldn’t further monetize Destiny 2, but this transmog system is transparently avaricious.

Why is transmog such a mess, and why is the community justifiably outraged by the reveal? First, let’s start with the obnoxious method required to earn a single transmog token, which can only be used to convert one piece of armor into a Universal Armor Ornament (aka, cosmetic skin). It should be mentioned that this process only unlocks a transmog token for the class that completes it (this is important to note for later).

To earn a transmog token players must first kill enemies to gain a new currency, Synthstrand. Players then redeem their Synthstrand for special transmog bounties that will reward Synthcord. After, they’ll have to convert Synthcord into Synthweave, and once they’ve accumulated a certain amount of Synthweave they can redeem it for a transmog token that’ll convert any legendary or lower armor from their collection into a Universal Armor Ornament (aka, cosmetic skin).

I promise you, that is not a Reddit shitpost; that is the actual method for grinding transmog as described in the This Week At Bungie article. Oh, and here’s the absolute best part: you can only get 10 tokens a season. Not a week, not a month; per season. That’s two full armor sets a season you can transmog, out of the hundreds in-game. Oh, but don’t worry, the introductory season will allow you to grab 20 tokens! This is per class by the way, so if you want to unlock every single transmog available today it will take you 33 years worth of seasons to do so. 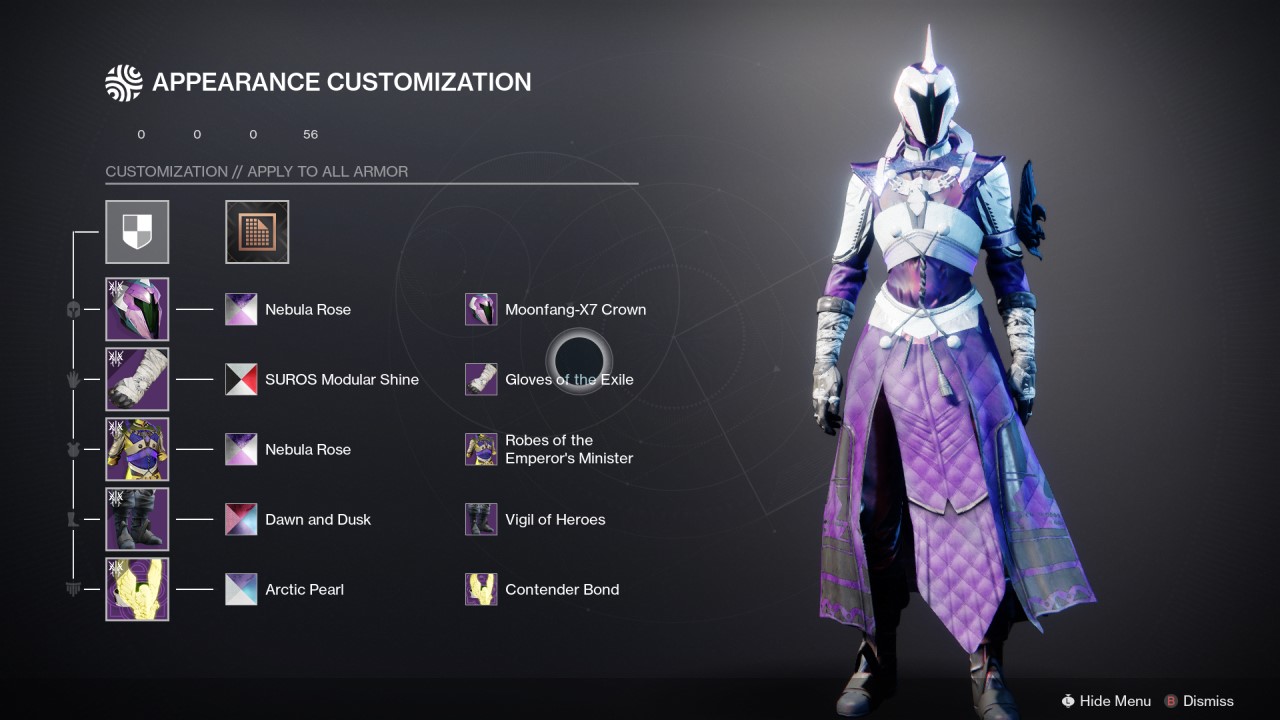 The grind for tokens would be annoying yet sufferable if the seasonal cap wasn’t a thing. As it currently stands, however, the transmog system in Destiny 2 was clearly made this much of a headache for one reason, and one reason only: to motivate players into spending money within the Eververse store for transmog tokens. See, the tokens there are not locked to the class you grab them on, and they bypass the seasonal cap. So, if you want to skip the remarkably convoluted grind, want an extra slot or two to get your look just right, or simply both you’ll have to pony up some cash. We’re talking $10 per armor set, which will add up quickly.

This is hardcore free-to-play monetization in a game that is anything but free-to-play. Destiny 2: New Light has been culled so hard thanks to the Destiny Content Vault that it’s essentially a demo at this point. That, and if you want to enjoy current content you have to pay up, whether it be for the season, or the expansion in general. Neverwinter, published by monetization overachievers Perfect World Entertainment, has an infinitely better transmog system, and that game commits damn near every free-to-play sin.

I’m not even anti-selling transmog as an option! Most people aren’t. But this system ain’t gonna work

Hell, even The Elder Scrolls Online, which is arguably over-monetized, has a more flexible transmog system. Sure, you have to purchase additional loadouts and that’s a pain, but at least every single piece of armor and every weapon I loot gets added to the transmog pool. It’s costly to swap transmogs, but earning gold in ESO is no where near as grindy as the process Bungie devised.

And then there’s the hard limit, which is obviously not in-place for technical reasons. Final Fantasy XIV has a hard limit on how many items can be converted into transmogs (or “Glamours,” to use the official term), but that’s due to server constraints. Trust me, we’ve seen what increased inventories do to that game, so while the limit is annoying it’s at least somewhat justifiable. But in Destiny 2, you can purchase transmogs until you’ve converted your entire Collection (which will cost you thousands). The only reason the limitation is in place is to push most players into making Silver purchases. 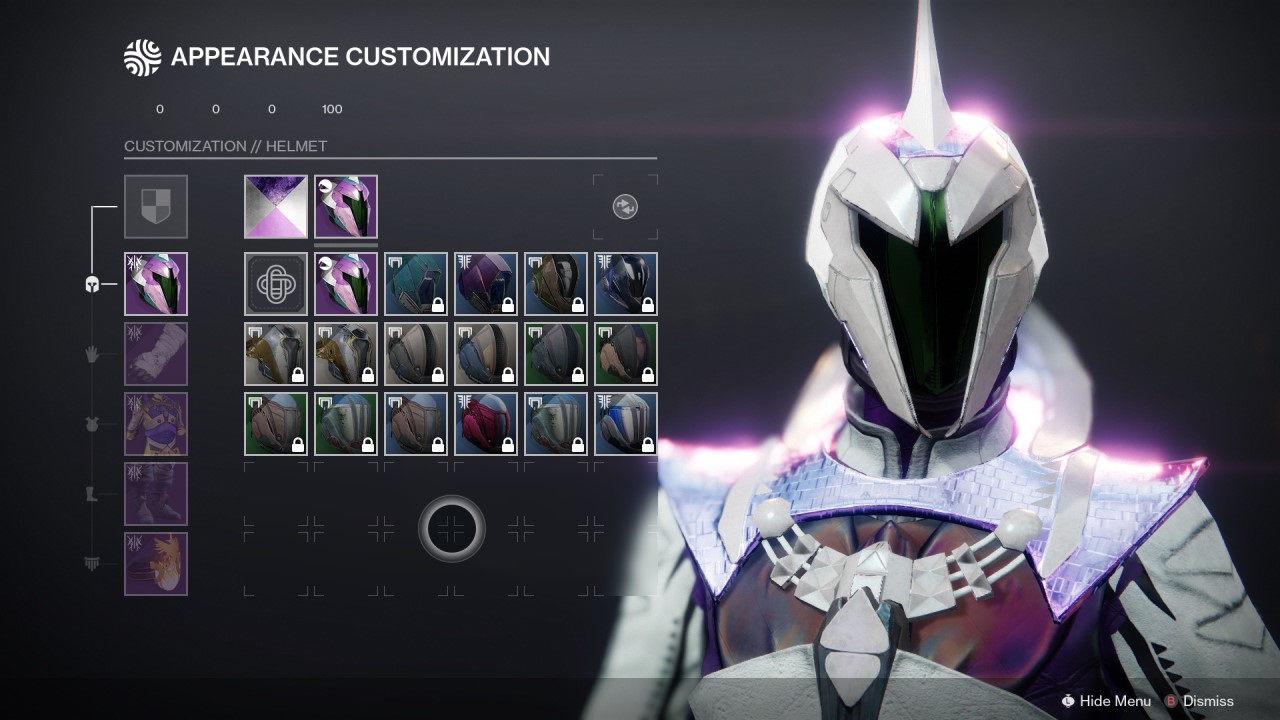 I feel absolutely bad for the developers over at Bungie who busted their asses to get transmog into Destiny 2. To get the engine and servers to play nice was likely not an easy task, and their tireless efforts to deliver one of the most requested features by the community should be applauded. The new Appearance UI alone is absolutely fantastic, and the team in charge of it deserves a pat on the back. But whomever above them decided, “hey, we can make all the money with this,” has completely undermined all their hardwork.

Seriously Bungie, what the hell? I know we as both the press and as fans sometimes complain for the wrong reasons, but the current implementation of transmog in Destiny 2 isn’t just some thinly veiled cynical cash grab – it’s overtly greedy and heavy-handed. The worst part of all this: the transmog system will likely be walked back and made slightly less shitty, and Bungie will be praised “for listening.” No, fuck that. You don’t get to intentionally manufacture praise by deliberately making a system so terrible that any adjustments made to it are objective improvements.

Bungie's approach to transmog is way worse than any of us could have predicted. A needlessly complex, overly grinding, cartoonishly stingy system that feels like the thing you announce so that it can then be walked back and then defenders can be like 'see, they listened'.

That’s not to say I don’t want Bungie to overhaul this transmog implementation. Myself, the community, and other members of the press all seem to be in agreement: the transmog system in Destiny 2 is hot garbage. It will very likely be adjusted. It’s just annoying knowing we’ll move from a dumpster fire to a slightly smaller trashcan fire and that we’ll make peace with that.

I’m not arguing everything should be free, but as the transmog system is currently designed in Destiny 2 why even bother with the free path? I didn’t expect Bungie to not monetize transmogs (they like to make extra money like every other major developer under the sun), but the currently implementation swings too hard into the grosser side of monetization. It’s hard not to be cynical about the upcoming season when one its key features is this grindy and clearly driven by profits.

Oh, I nearly forget to mention Shaders! Shaders, which are no longer consumable yet remain a one-time unlocks, now cost 750% more Bright Dust. It’s not like everything else in the Eververse store was cheap to begin with. So, once again, congrats Bungie. You fucked up transmog in Destiny 2.