The latest news in the world of video games at Attack of the Fanboy
September 12th, 2016 by William Schwartz 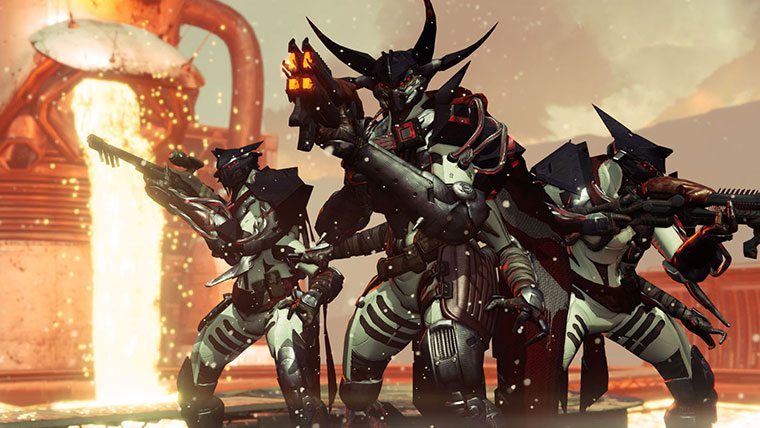 Bungie made great strides with Destiny in some of its more shallow aspects with the release of The Taken King and accompanying refinements of the Year 2 update.  While they’ve certainly been tweaking things over the last year, adding live events and activities to participate in, it’s been in lieu of a full-fledged expansion.  Destiny: Rise of Iron is set to release later this month, and we got a chance to go hands-on with the expansion at Bungie HQ.  For full disclosure, Activision paid for our travel to Bellevue to look at the game for this preview event.  We got a chance to take a look at most of the content in Rise of Iron (everything except the raid), and in part one of our preview of the expansion we’re going to look at the Story and Strike Missions first.

Bungie has been pretty upfront about what to expect from Rise of Iron.  They’re doubling down on those aforementioned strides they’ve taken with the game, and targeting that large playerbase that has stuck with Destiny through its first two years.  In that, Rise of Iron is an unsurprising release from Bungie given the trajectory that the game has taken over the last couple of years.  Vanilla Destiny was largely considered a skeleton of a game.  The expansions that have been released have added color and story to the world, one after another.  Rise of Iron looks to build out yet another sliver of the Destiny universe, telling the story of the Iron Lords and their battle with the Fallen House of Devils.  Lord Saladin, of Iron Banner fame, recruits a new generation of Guardians to stop this Fallen varient from using a technology called SIVA.

Rise of Iron introduces a brand new area in The Plaugelands of the Cosmodrome.  It’s not exactly a new planet, but it’s got plenty of new environments and missions to tackle within.  Highlighted by your first mission ‘King of the Mountain’ you’ll immediately notice a distinct difference between your fight to Felwinter Peak and other missions in the game.  It’s a snowy barren wasteland where you’ll encounter your first taste of the new Devil Splicer enemies — one where you fight to unlock the game’s new social area and take your place among Saladin’s ranks. 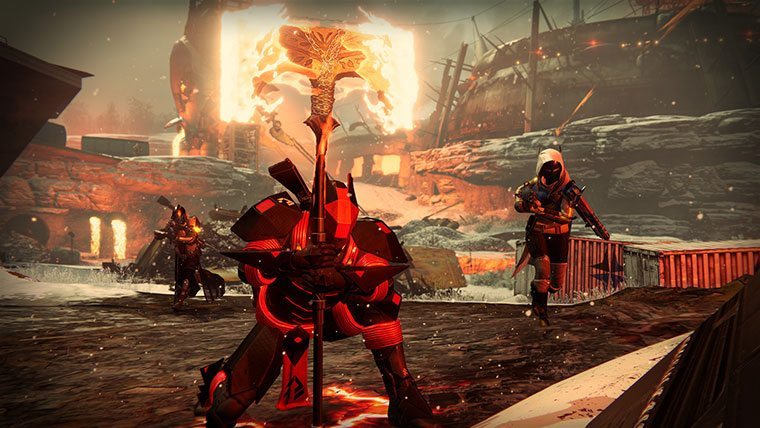 Highlighted by some great cinematics, the story of the Iron Lords is one that sheds light on a part of Destiny that’s feels ‘off the beaten path.’  While we’re not going to spoil anything here in terms of story, Rise of Iron’s main path missions are comparable to what we’ve seen in previous expansions for the game in terms of length.  However, some may be disappointed with the studios’ persistence in re-using character models as they’ve done with the Taken and now Splicers.  While they’ve done a great job in making these enemies feel different in terms of how they attack, it’s hard to shake the fact that Splicers look relatively the same as their normal Fallen counterparts, with some aesthetic changes. Completing the story missions in Rise of Iron will unlock new Strikes for you to play.  Two of which we got a chance to look at.

Bungie has “remade” a couple of the original Strikes from Vanilla Destiny.  We got a chance to play “The Devils’ Lair and The Wretched Eye,” the former a remade map.  A lot of people will likely be very familiar with The Devil’s Lair.  It was the Strike available to play in the beta, and it’s changes are relatively minor.  You’ll see some differences here and there, but it’s path is relatively the same — one where you’ll end of fighting your way to Sepiks Perfected. This is a SIVA infused variant of Sepiks Prime.  You’ll also have to hold off an onslaught by an army of SIVA-infused Fallen enemies. One new thing that’ll you’ll notice playing the strikes in Rise of Iron is the addition of Strike Chests that’ll drop exclusive items.  You’ll need to have a key on hand upon finishing the Strike to unlock it.  You can get these by completing Weekly Strikes/Nightfall Challenges.  While we didn’t get to play it, there’s another “remade” Strike:  The Summoning Pits.  We’ll assume that similar adjustments have been made to this Strike as were made in The Devil’s Lair.  Not exactly brand new content, these “remade” Strikes aren’t exactly the type of stuff that gets you excited to tackle.

On the other hand, we have The Wretched Eye Strike.  This Strike has you battling your way through Devil Splicers, destroying SIVA nodes, collecting data on a captive Ogre, and then defeating Splicer High Priest in a what is mostly a completely new area that sprawls across the Cosmodrome into the depths of a Missle Silo.  The boss battle of this Strike culminating in a close quarters battle with a Splicer High Priest and captive Ogre which breaks free and starts running amok.  This should be a great Strike when it starts rolling out to challenges and getting tackled at harder difficulties.

This is Destiny: Rise of Iron

Rise of Iron’s Story and Strike Missions don’t really stand well on their own, but unfortunately that’s all we can talk about right now.  We’ll be taking a look at the new PVP maps ‘Skyline’ and ‘The Last Exit’ as well as the PVP mode dubbed ‘Supremacy’ later this week.  After that we’ll take a look at some of the Plagueland patrol options, which include the new group activity instance at Archon’s Forge.  Afterall, Destiny is the sum of many parts and Rise of Iron is multi-faceted.