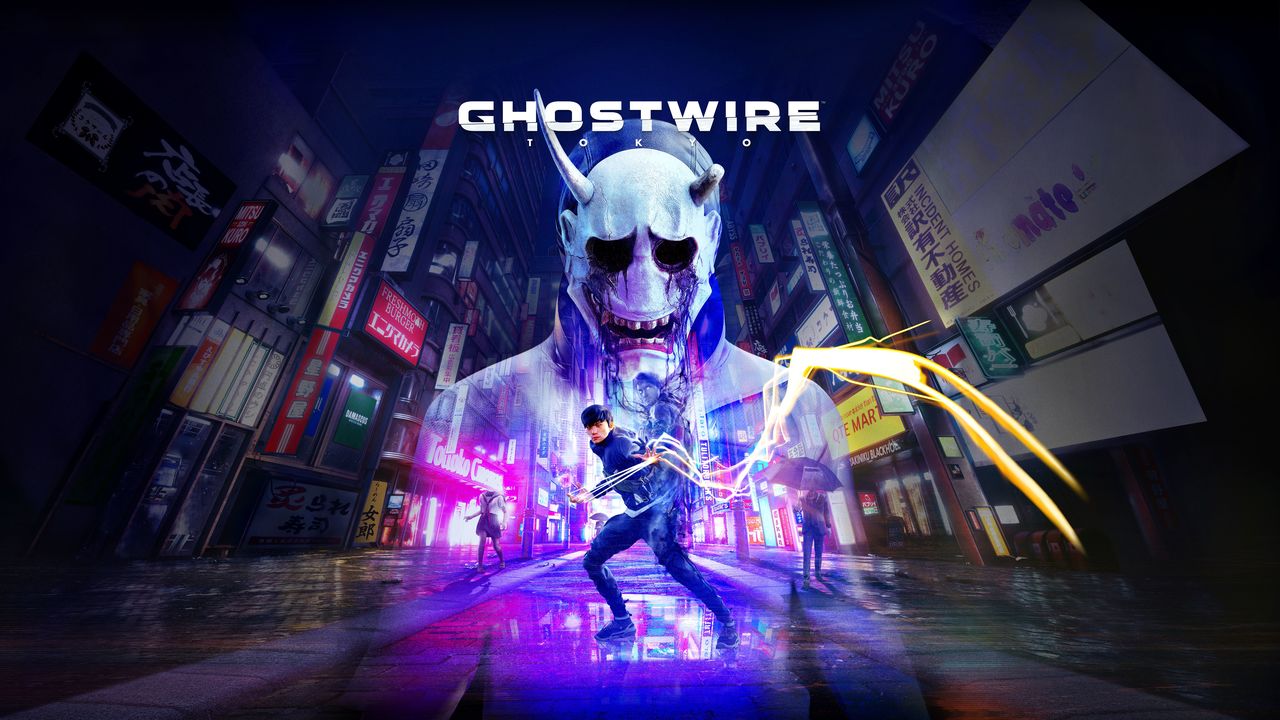 Bethesda Studios recently put on an impressive preview for Ghostwire Tokyo. With the release date near, let’s talk about why this horror game has shaped up to be something incredibly unique to the genre.

Right from the jump you can tell that Ghostwire Tokyo has the potential to be something special that’s designed to attack the senses.  Ancient imperial court music with an eerie twist, the calming music spiking up to a creepy pitch while a woman’s beautiful voice echoed in the background — This “Gagaku” music is something that you could listen to on repeat and sets the tone for the experience with an elegant, yet creepy vibe.

What we got to see was footage captured from the beginning of the game.  Ghostwire Toyko’s Game Direction Kenji Kimura stood proudly in the streets of Shibuya Tokyo and it was a great representation of just perfectly the game mimics reality and the nightlife of the real world location.  You can really see the precise attention to detail the design team was going for.

“What you will see in the demo is a Shibuya that is abandoned and empty, but the culture and the style will all be the same. – Kenji Kimura”

We quickly dove into about a half hour of early demo gameplay footage that took place at what I think would be about the 1-2 hour mark of the game.  The demo showcased a player exploring the lifeless streets of Tokyo after an event called “The Vanishing” has unfolded which has resulted in almost of all of Tokyo’s population disappearing.  Now all of the people’s souls have assumingly been ripped from their physical bodies and the player will need to investigate the massive city now beset by tormented spirits and creepy supernatural threats. 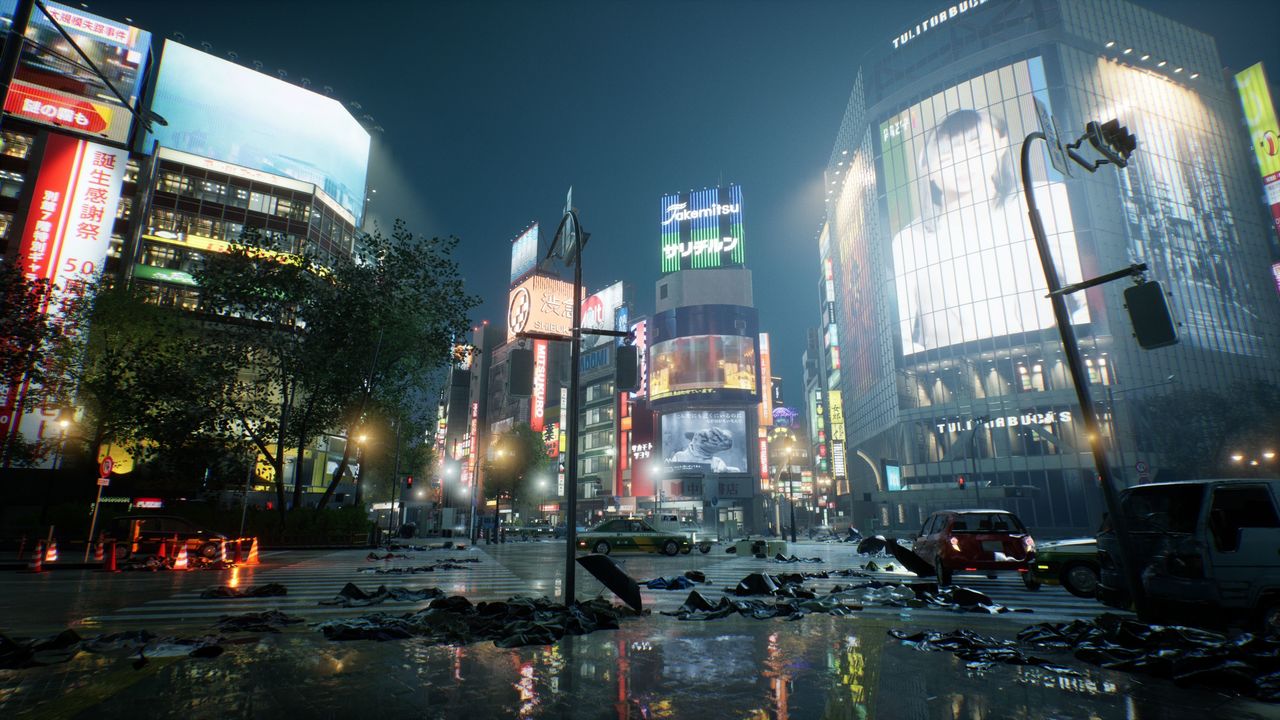 The main character, Akito, is a young man who gets possessed by a phantom named KK. KK once served as a ghost hunter and gives Akito supernatural powers. While the two clearly have different agendas, their common goal is to figure out the truth behind the Vanishing. This mysterious ghost hunter will act as a teacher, instructing Akito on how to navigate this nightmare scenario defeating the evil spirts, sorcerers, or whatever big bad is behind that creepy Oni mask.

It became very apparent to me that this game has the potential to be one of the best magical combat games of all time. It looks incredibly smooth, all the abilities that were showcased came with different hand gestures, colors, and effects. If the game can consistently plays like what we saw in the demo then it could become known as one of the best magic mechanics we’ve seen in games. Easier seen than explained, take a look at the video below which highlights these mechanics

The game, at least at the beginning, seems to revolve around wandering Tokyo and cleansing shrines by exorcising the evil or corrupted spirits that infest them as the core game loop. Doing so allows you to gain new powers, buffs, or items that help you cleanse other spirits.

There will also be human spirits being tormented or collected by the evil ones that you can help save by cleansing them and depositing them into pay phones. (Why this is the process I have no idea, but in a crazy/creepy game such as this, that is one of the least surprising things). The overworld map seems very informative, and does allow for fast travel between major areas as you will see in the video below!

One of my favorite things I got to watch was the side quest Akito went on. While wandering the streets of Tokyo he came across the soul of an old woman who could not move on as her landlord had stolen an idol of hers that brought good luck. Upon accepting the quest Akito and a cynical KK ventured into the landlord’s apartment. Incredibly creepy music lead the way to a hidden room that housed the idol. The demonic looking landlord’s soul sprung out from nowhere and refused to let the idol go. Akito was forced to exorcise his soul and was then able to release the spirit within the idol and return it to the old woman, who could then finally move on.

It was a simple little quest that took almost no time at all, but you could tell a lot of thought and effort went into the lore of the quest. The dialogue with the creepy landlord, the stubborn old woman’s soul, and the perfect background music made a recipe for a great side quest. This showcased the potential the title has when it comes to story telling and if the rest of the game’s missions and moments have the attention to detail that were seen in the preview content, players should be in for a treat.

The enemies in Ghostwire Tokyo’s come off as urban evil spirits that come in all shapes and sizes, some are slendermen or headless schoolgirls, and others are creepy looking demons. We got to see a wide array of these creatures and it is clear that there will be plenty of fights that will have us on the edge of our seats. 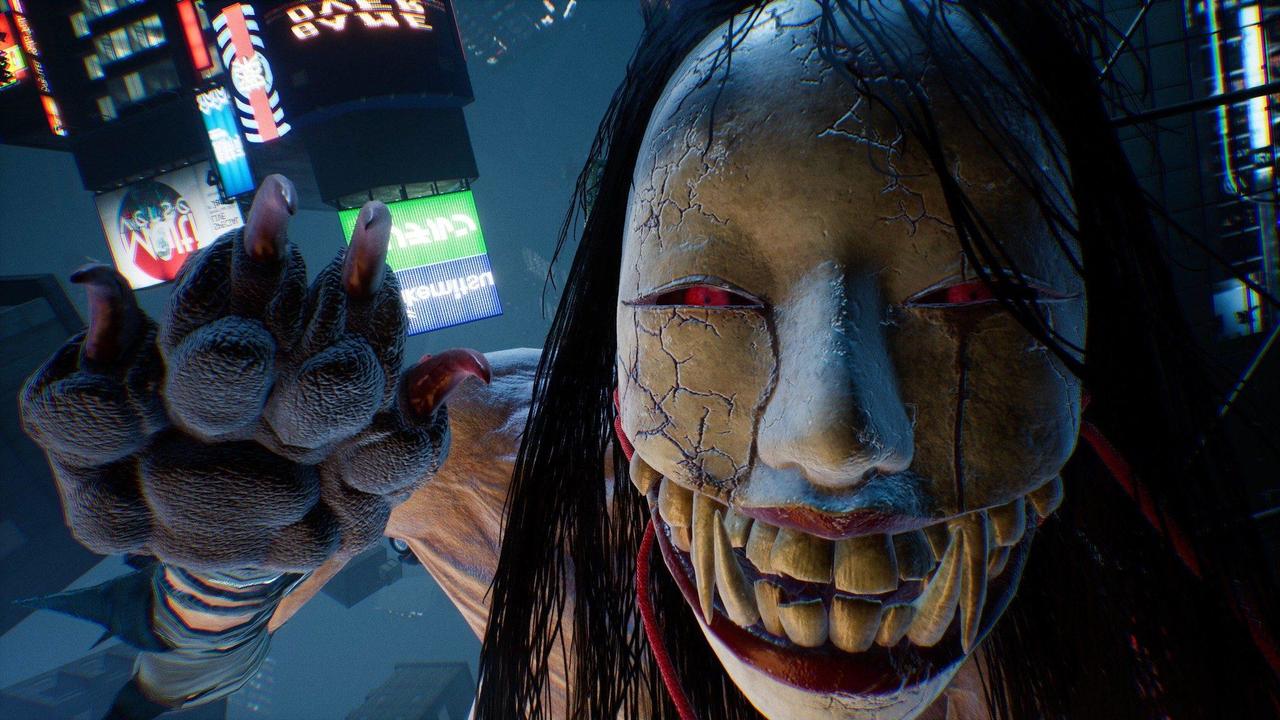 The preview wasn’t all frights and scares, we did get to some heart-warming mechanics as well.  So for those of you pet obsessed gamers I have great news for you… You CAN pet and interact with all of the animals in Ghostwire Tokyo! All of the adorable furry creatures that still frequent the streets of Tokyo are more than happy to let you pet them and may be a little surprised when you read their mind. Also it is important to note the best part of this game… Cat merchants! Better known as Nekomata, a cat yokai, these spirit cats act as vendors or merchants which you can purchase items from and sell items to.  This weird mechanic again highlights just how unique the game is and if you want to see it in action you can take a look at the video below.

While what we got to see was small slices of the many mechanics of the game, if anything we’re certainly excited to see how it all comes together.  If nothing else, Tokyo Ghostwire is going to be a unique experience.  The music was incredible and did a great job of setting the tone.  While we didn’t get to go hands-on with the game what we saw from gameplay looked varied and potentially fun. The world was mysterious with what looked like an incredible amount of high quality side quests and a solid game loop which had you pushing to expand your character’s abilities.  Plus, there were CAT VENDORS!  Color us interested in seeing more and seeing how it all turns out when Ghostwire Tokyo releases on the PlayStation 5 & PC on March 25th.