How Toys For Bob is Bringing Spyro Back The Right Way

It always helps when the developers are even more passionate about the series than the fans are. 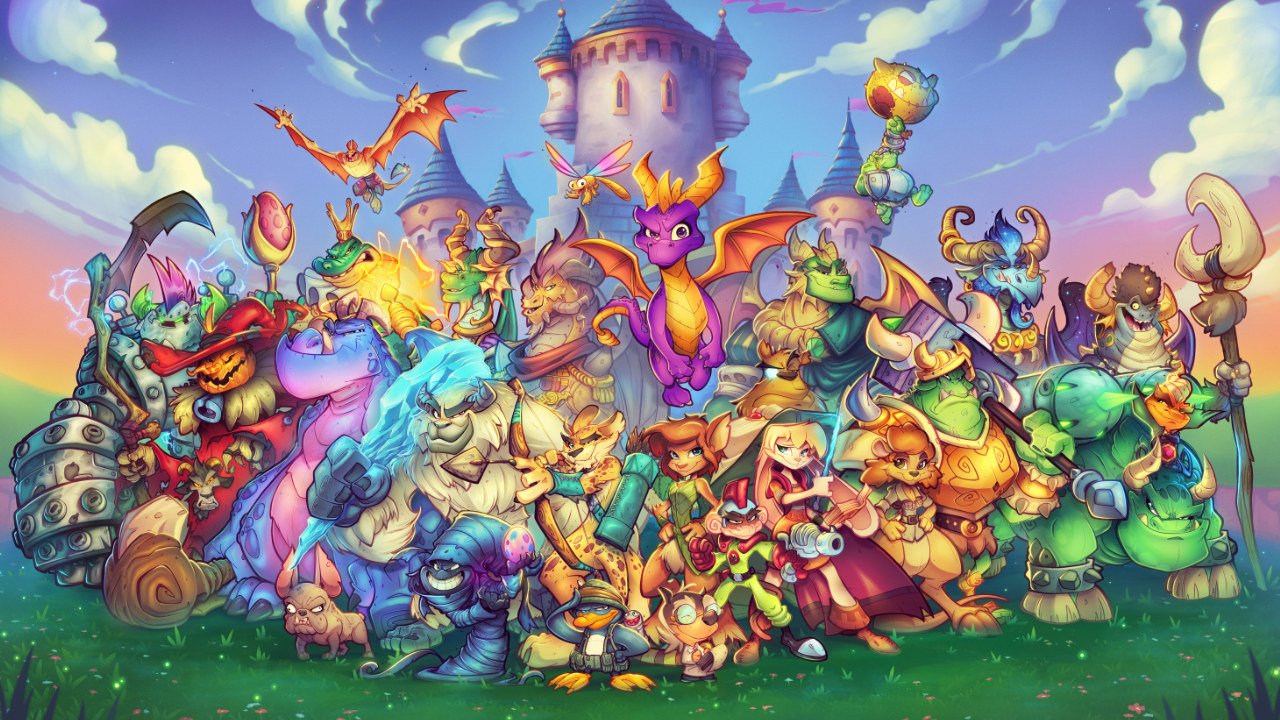 Remaking a relatively simple PS1-era game might sound like a simple task, but it’s actually quite the opposite. Making a twenty year old game look acceptable by modern standards requires more than just updating the music, cleaning up the textures, and increasing the frame rate. Rather, it requires a concerted effort to completely re-imagine the game as if it were being made today. This is what Toys for Bob’s Co-Studio Lead, Paul Yan and others told us during our recent visit to the studio. To them, remaking the original Spyro games isn’t just a matter of delivering the exact game fans remember, but rather to deliver the game that matches the mental image fans have cultivated over decades of nostalgic thinking. Essentially, they want to deliver the “rose-colored glasses” version of the game that everyone remembers.

Achieving this has been no small feat. To start, Toys for Bob has had to rebuild these games completely from scratch. They of course requested the original source code from Insomniac Games, but it turns out that that code had been lost some time ago during a move. Insomniac Games didn’t leave them hanging though and provided the next best thing: the original design documentation. With this, Toys for Bob had a place to start; more importantly, they had a written example of Insomniac’s original intent for the games. According to Paul Yan, this and several conversations with the original developers would turn out to be extremely important for keeping Toys for Bob’s remakes on track. Again, it wasn’t about just delivering a carbon copy of Insomniac’s originals, but “filling in the blanks” in such a way that the enhancements felt like a natural step.

Another important aspect of remaking these games for modern times was ensuring that the details were correct. Toys for Bob is very aware of the special place these games hold in the hearts of many gamers, so a major goal of theirs was to rebuild these games in a way that the fans agreed with. This was reflected in just about everything from the art direction to sound design and gameplay of course. Replicating the gameplay accurately (something they achieved with flying colors by the way) was accomplished through the use of some data extraction tools, meticulous observation, and a lot of trial and error. With no source code to work with, a lot of this just had to be done by feel, and it absolutely had to feel right. If it didn’t, then fans would quickly notice and find themselves disappointed. 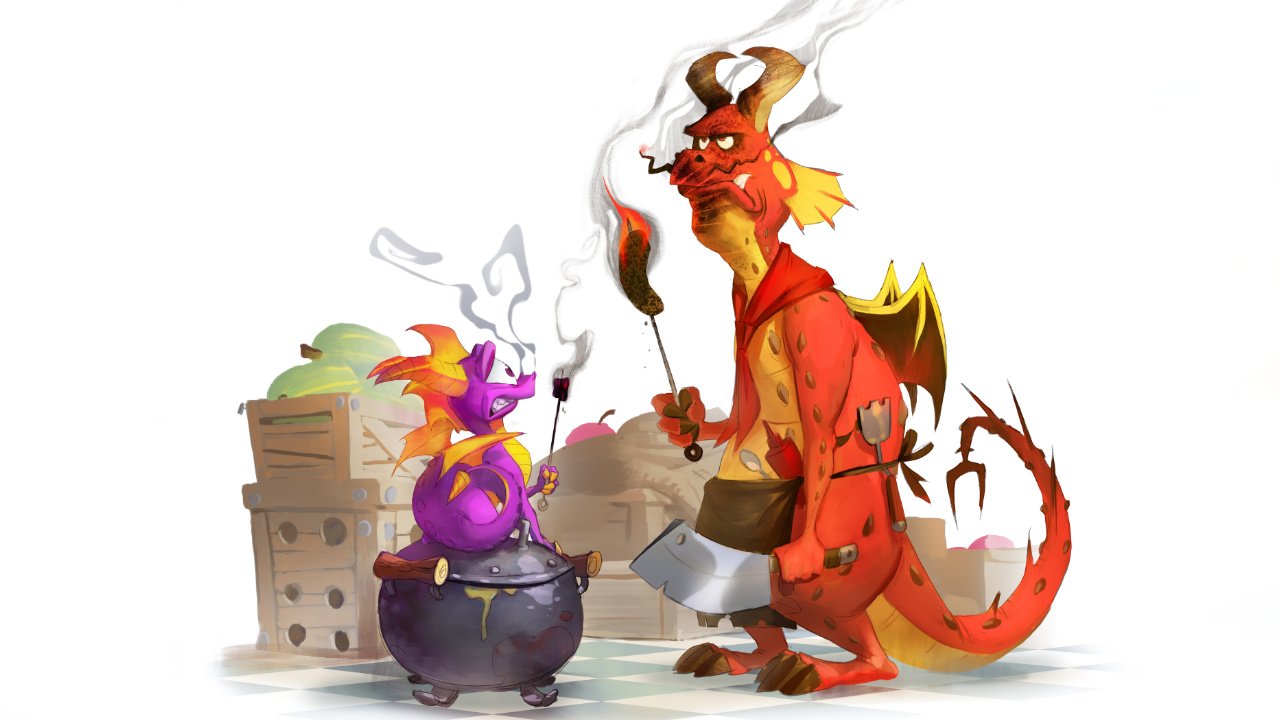 It seems updating the character designs and music was kind of tricky too. The technical limitations of the original PlayStation meant that characters couldn’t be terribly expressive or even all that unique from one another. This was something fine for the time, but such wouldn’t really fly today. To address this, the studio’s art department decided to do their best to build more detail into every character’s designs and animations. They still talk and generally act as they always have, but now they have some nuance to them. Enemies are generally more expressive, while allies such as the dragons each have their own unique designs, mannerisms and even a few implied backgrounds to help round them out. One example of this is a barista dragon Spyro can encounter early on in the first game. He’s got all the trappings one would expect to see of a high-minded barista; so much so that one could help wishing they could try a cup of his coffee.

Spyro and his closest allies received the most attention of all the characters of course, and their redesigns were directed largely by the aims described in the original design docs and running the new concepts past the veteran developers at Insomniac Games. They didn’t need Insomniac to sign off on them per se, but the team at Toys for Bob really wanted to get their blessing, and longtime fans will be happy to know that they absolutely did. With that in mind, one could reasonably take this new look as how these worlds and characters would’ve looked had Insomniac made Spyro the Dragon in 2018 instead of 1998.

Revamping the music also presented some unique problems. There are many techniques available to game musicians these days that weren’t available back in the 90’s, and Toys for Bob’s wanted to leverage some of these in order to enhance the games further. They were in regular communication with Stewart Copeland, the composer for the original games, throughout the process in order to ensure that the changes and enhancements made sense. They even received a fair amount of assistance from the fan base in their quest to track down the unique sounds used by Copeland for the originals. 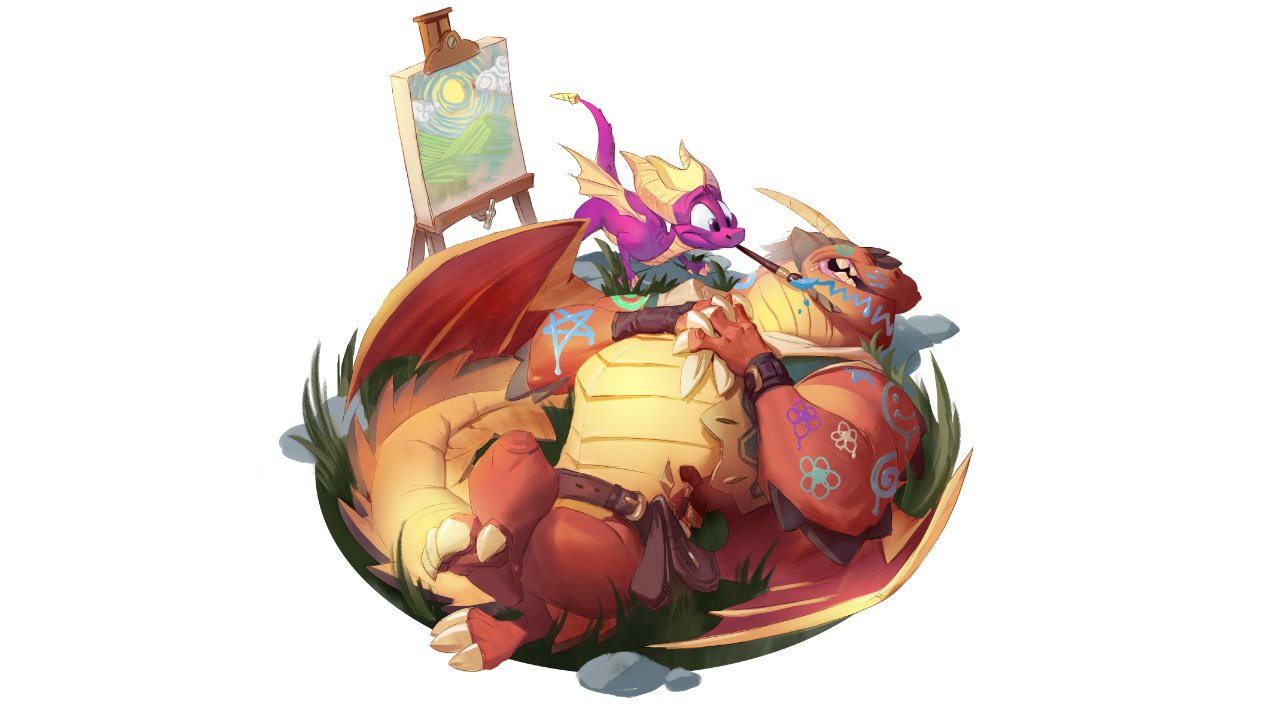 They didn’t find absolutely everything, but thanks to their efforts and plenty of assistance from the fans, they found most of what was needed. The result is new, dynamic music that makes full use of modern processing power. These new tracks have 4 main versions: a base version used during normal play, an idle version that fades in while the player is standing still and adds to the ambiance, a “charge” version that picks up the tempo while Spyro is sprinting around, and a more subdued “inside” version to help distinguish interior and exterior spaces from each other. Players can also switch to the classic tracks if they so desire. This is actually a feature that started life as a development tool used to compare their tracks with the originals. It wasn’t exactly planned, but is now being included out of consideration for fans who absolutely love the original music. Finally, the Spyro Reignited Trilogy will feature one brand new track from Stewart Copeland titled “Tiger Train.” It’s a piece that incorporates elements from all three games and can be heard on the main title screen for the collection.

The Spyro Reignited Trilogy isn’t just a collection of simple remakes. It’s a collection of classic games painstakingly remade from the ground up by people who are major fans of the originals who want to deliver the “rose colored glasses” versions of the games that they and all the other hardcore fans out there both love and remember. They did this through regular consultation with Insomniac Games, careful study of the shipped games and their design material, collaboration with the fans, and paying attention to the very smallest details. Our hands-on time with the Spyro Reignited Trilogy strongly that this developer has achieved their goal, and it’s very likely that fans will agree once they’re able play it for themselves.

The Spyro Reignited Trilogy launches for PlayStation 4 and Xbox One on November 13.