How Will BlazBlue: Cross Tag Battle’s Story Work When Half The Roster Is DLC? 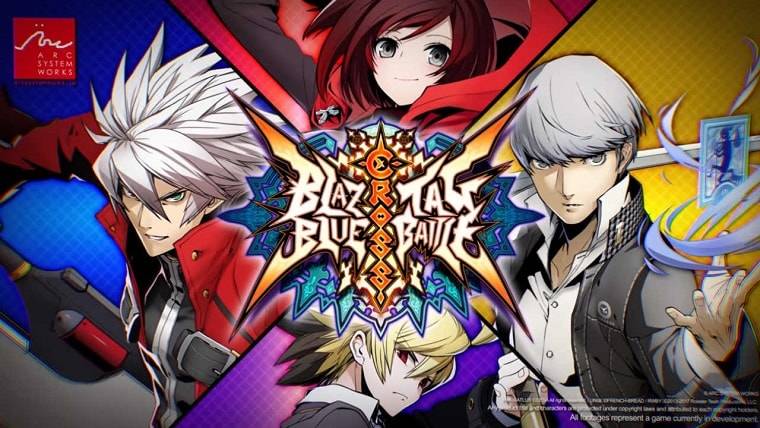 Arc System Works is currently taking some flak for making half of the upcoming BlazBlue: Cross Tag Battle’s roster be DLC and it looks like more could soon be on the way thanks to the recently announced story mode.

Based on what’s been said thus far, the story mode will be separated into four stories that will be told through the lens of each of the four participating titles (BlazBlue, Persona 4 Arena, Under Night In-Birth, and “RWBY”).

At face value, taking this route is brilliant. If you’re at all familiar with BlazBlue titles, then you’re aware that the story mode and the overall plot is long, complicated and sometimes exhausting. Considering that BlazBlue: Cross Tag Battle has BlazBlue in the title, then the assumption would be that the story would’ve followed that format. Unfortunately, between that and 40 anticipated characters that BlazBlue: Cross Tag Battle features, then the story would likely turn out to be something of a nightmare.

Separating the cast into four groups allows the game to have four succinct stories (which presumably overlap at one point), instead of one long, complicated one.

Unfortunately, there’s a problem with this: DLC.

As mentioned before, BlazBlue: Cross Tag Battle will have half of its roster be DLC and that will cause some complications depending on how the story is implemented. In fact, I can only think of one conceivable scenario where BB: CTB can pull this off “well” and it would still involve a rather shitty practice.

Wait Before Adding The Story

Assuming each story allows for players to use every character on a given “team,” the only way players would be able to do everything in these stories would be to release them once all the characters are available.

The issue here, however, is that this route would essentially be the equivalent of locking players out of single player content unless real money purchases are made. This is bad regardless of how you look at it, but its particularly bad here because Arc System Works generally makes good stories. It’s one thing to force players to buy all the characters in order to use a single mode, but it’s another thing to do that with a mode that they generally look forward to.

Another thing worth mentioning is that the simple fact of it being late, no matter the stipulation, will irritate some people. Not all players are out there looking to become top ranking players online and often enjoy more casual elements of fighting games — like the single player modes — and get pissed off when it’s not there. Just like how Capcom received flak for the lack of single player content in Street Fighter V, ArcSys will receive the same if the story is late.

Include The Story On Release

On the other hand, ArcSys could include the story on release, but make parts where certain DLC characters are featured unavailable unless you have them.

While this means that everyone can play the story, only those who pay will be privy to the complete one. Unless you pay, there will be holes in certain stories and their level of completeness will wildly vary as a result. For example, BlazBlue will still have 10 characters and thus have a passable story, but both Persona 4 Arena and Under Night In-Birth will be less cohesive with just four characters apiece.

There’s the possibility that the stories would only revolve around the base roster, but that would make “RWBY’s” story, with its two non-DLC characters, pretty much pointless. All four team members need to be present in some capacity or the story just won’t work (even the most recent two seasons of “RWBY” followed the affairs of each individual member until they were reunited).

Put In The Full Story

Lastly, ArcSys could have the story include every character regardless of whether you actually purchased them or not, allowing players to experience the full story on release without having to pay a cent.

At face value, this would be a win for both camps: players get to use their favorite characters in at least some capacity, while ArcSys could use the story as a means to offer a sneak peek of future characters and incentivize purchases.

To be fair, having on-disc DLC is all that different than making players pay for DLC that’s already finished when the game is released; but fans still have to at least hack the game to find out if its the former. In this case, ArcSys would openly do it for the sake of a cohesive story.

How exactly is story mode going to work? Can it be implemented in a way that won’t piss of the playerbase even more?

BlazBlue: Cross Tag Battle has already fallen out of favor among some fans due to the gratuitous use of reused assets; and though ArcSys did at least explain much of the discontent away by announcing some price points ($70 gets you pretty much everything), there are still those who are less than enthused about how the game has turned out thus far.

Now, combined with the possibility that the DLC could have a genuine impact on the story, ArcSys is left in yet another unenviable position for it to explain its way out of.

I don’t doubt that it can though. As mentioned in a previous article, $70 — even if it’s mostly reused assets — isn’t an entirely bad deal; so surely ArcSys has something good it’s not telling us.

All that’s left is to wait until the official announcement to learn what that something is.

Home / Original Articles / How Will BlazBlue: Cross Tag Battle’s Story Work When Half The Roster Is DLC?