$70 Gets You BlazBlue: Cross Tag Battle And All Its DLC

The latest news in the world of video games at Attack of the Fanboy
February 16th, 2018 by Jelani James 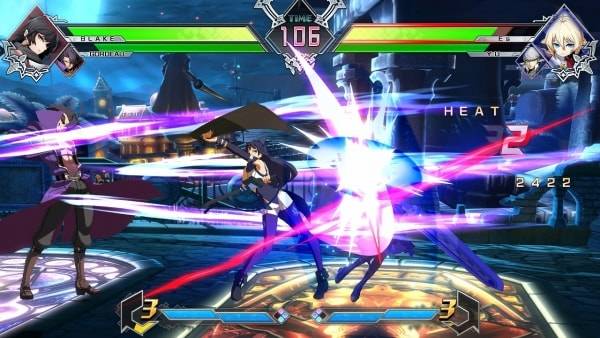 At long last, we finally have the answer we’ve been waiting for ever since the whole BlazBlue: Cross Tag Battle DLC debacle began: the price.

As you might recall, almost all the hype surrounding Arc System Works’ crossover title was killed in an instant when it revealed that the 20-man roster would be doubled via DLC featuring reused assets. One of the ways it tried to get back in its fans’ good graces was the promise that the game and the DLC would cost a little more than a full-priced one.

Well, those prices have been announced and they’re honestly not that bad:

All in all, regardless of whether you’re getting the season pass or the deluxe digital edition, players will be getting pretty much everything BlazBlue: Cross Tag Battle has to offer for $70. This is actually less than past BlazBlue titles. Using Central Fiction as an example, the base game cost $60 on release (and still does digitally) and three DLC characters — Jubei, Es and Mai — cost $8 apiece, while the fourth, Susano’o, costs $2.49, amounting to roughly $86.

Even compared to other fighting games, like Street Fighter V, BlazBlue: Cross Tag Battle presents a better deal. If you purchased the original game at release ($60), as well as the first two season passes ($10 and $20), that is already $10 greater than BB: CTB. If you add the third season pass, then that gap widens to $40. Granted, you can use Fight Money earned in-game to get these characters for free, but without it, the only way for SFV to break even in this comparison is if players pick up the Arcade Edition Deluxe for $69.99.

Granted, the key difference in both these comparisons is that neither SFV or BB: CF dealt almost exclusively in reused content. This was a clear mistake (that’s putting it lightly) and something that producer Toshimichi Mori openly admits to in an interview with Destructoid, saying:

“I’m in total agreement. We’ve been making efforts to make the price accessible for everyone, but we should have communicated it a lot more clearly though so we didn’t have that misunderstanding. Our first mistake was announcing [fighter] Blake as DLC before saying he was free.What should have happened is that we should have said Blake is coming as a DLC for free. But because of so many events late last year and early this year, we wanted to announce things little by little. Unfortunately the first announcement was muddled. We said Blake was DLC but we should have announced it all at once. That caused confusion and Arc is very sorry for that.”

So, in the end, when compared to other fighting games on the market, $70 isn’t all that bad. Yes, that’s a price point that comes in a game filled with reused assets, but that can’t be helped at this point. The marketing should have been better, but the damage has already been done and ArcSys has to live with it.

Just ask yourself this: Are you willing to pay $70 to see 40 characters from across four different IPs duke it out? If yes, then you’ll probably enjoy this. If no, then you can still enjoy BlazBlue: Central Fiction and UNDER NIGHT IN-BIRTH Exe:Late[st], along with other ArcSys titles not represented in the game, such as Guilty Gear Xrd REV 2 and Dragon Ball FighterZ.

Home / Game News / $70 Gets You BlazBlue: Cross Tag Battle And All Its DLC