Let’s Wait Before We Condemn Rin And Catherine: Full Body

The latest news in the world of video games at Attack of the Fanboy
December 22nd, 2017 by Jelani James 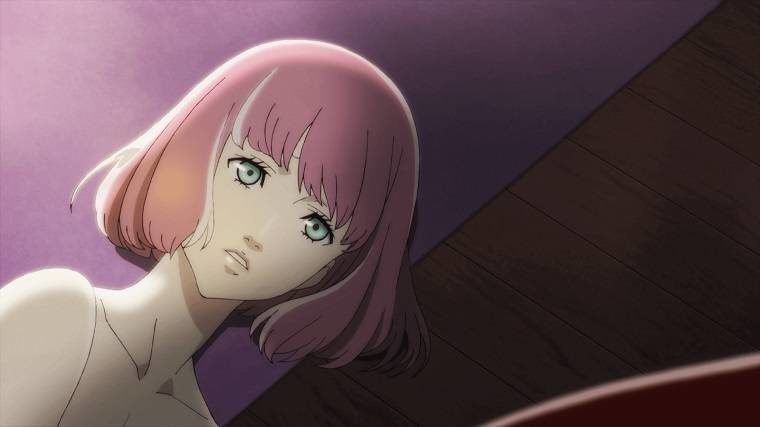 Catherine: Full Body isn’t out yet. Hell, its existence wasn’t even made known to the public until two days ago; but that hasn’t stopped it from sparking a controversy — or at least stopped some from starting one.

The source? Rin, the newly-announced character that will serve as a character for Vincent to potentially become romantically involved with.

At first, her introduction was met with curiosity and fascination. After all, considering how complicated Vincent’s life is with just the two previous heroines, Catherine and Katherine, one can only imagine what would happen when yet another woman is thrown into the mix.

However, a recent trailer has caused some folks to turn on her — and Atlus by extension.

Specifically, there’s a part that comes at the end (around the 1:29 mark) where Vincent is alone with Rin inside of a room somewhere. She exposes herself to him and while we don’t get to see what he sees, whatever it is that Vincent saw causes him to stare at it with his mouth agape and break out into a cold sweat.

Check it out for yourself:

To be fair, we don’t know what Vincent saw and he is prone to making such faces when he finds himself in shocking situations, but based solely on context, it’s highly likely that Rin has a penis. Of course, this could mean a few things: Rin could be a crossdresser, hermaphrodite or transgender. Among these possibilities, transgender seems the most likely, especially since that symbol is featured on Catherine: Full Body’s official website.

And this is where things get messy.

Under normal circumstances, the presence of transgender people in a video game wouldn’t be much cause for concern. However, assuming Rin is transgender, this would be the second time that a transgender person is featured in Catherine, and Atlus has received some flak after its first stab at it.

The first transgender character in Catherine was the waitress Erica Anderson, who serves as the source of all the rumors circulating about “The Woman’s Wrath” and routinely stops at Vincent’s table to spread the latest information on it.

Due to her personality, she quickly became a fan favorite and she was well-received by the LBGTQ community due to the fact that she was a compelling character that only happened to be transgender, i.e. Atlus didn’t use Erica being transgender as her raison d’etre.

But while many liked her as a character, others felt that her gender was often used as a joke or punchline, such as how the game drops hints repeatedly about her gender, but not getting confirmation unless you beat the Katherine True Ending; or believed that the developers were transphobic due to her being deadnamed (using her name given at birth) in the credits, manual and Venus Mode Art Book. Furthermore, the game itself still treats Erica as a male due to her having nightmares (these are reserved for men), and perhaps worst of all is the fact that the book outright says she’s male by using (男性 dansei) instead of female (女性 josei).

It would have been one thing if this was a one time occurrence, but with Atlus committing similar offenses in Persona 3, 4 and 5, it’s not hard to see why many would assume the worst this time around.

However, that’s all anything can be at this point: an assumption.

Like indicated before, the game was unveiled just two days ago. We know next to nothing about Rin or how her relationship with Vincent will start or develop, so to accuse Atlus of doubling down on its alleged transphobia due to a single clip is silly. And in all honesty, I’d wager most men would at least be a little taken aback if they were to find out that a woman they are physically attracted to, was born as a male. At best, you can argue that the reaction was done for comedic effect, but then you have to remember that Vincent also made that same reaction when he first realized he cheated on his girlfriend.

With practically nothing to go on, everyone should be going into Catherine: Full Body with an open mind. In fact, the mere notion of Rin being marketed as the third “Catherine,” suggests that players will have the option to engage in a serious relationship with her (something that Catherine does extremely well) — just like with Katherine and Catherine.

When the game comes out then, and only then, can we truly pass judgement on Atlus and Rin. And if we find that Rin was done or treated poorly, then we can call Atlus out on it.

But until then, let’s see what Atlus does next, be cautious and hope for the best.