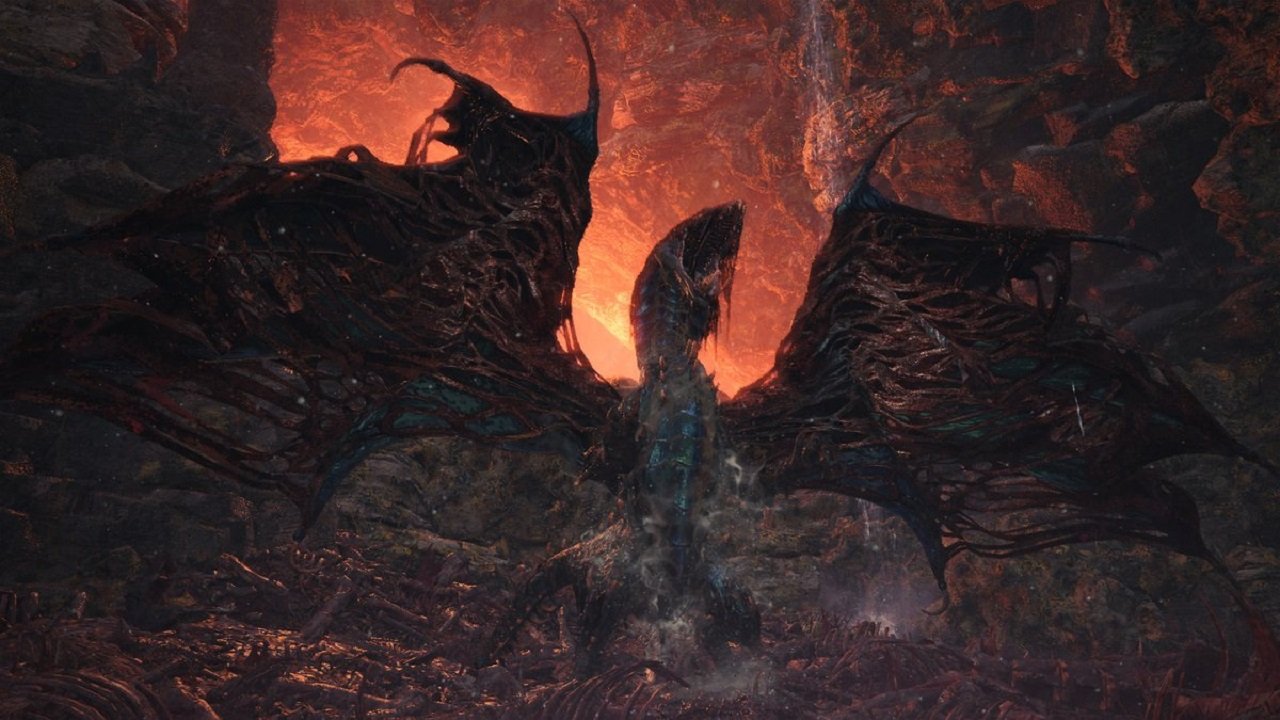 Two weeks ago, I wrote about Monster Hunter: World‘s latest introduction: Arch-Tempered Elder Dragons. Overall, I was enthused with the possibilities the new armor presented, but I feared that future AT ED’s would be designed in a similarly lazy fashion and just end up being the same as their regular counterparts except with even more health and damage. Well, Capcom has rolled out its next AT ED — Vaal Hazak — and those fears have been put to rest.

Not only is AT Vaal Hazak not a snooze-fest, but the fight is actually pretty fun now. There’s still no new attacks, but there were a variety of changes to its abilities and behavior that causes the encounter to differ greatly from the usual affair.

To start, Vaal no longer spawns in the usual area, meaning that you can’t drop the boulders on its head for free damage; instead, it spawns in Area 6/8 which is filled with regular effuvium. Furthermore, its breath attack is wider, the cloud “spit” is multi-hit, your hunter is affected by wind pressure after it roars and it’s highly aggressive, causing it to chain multiple tackles and use the aforementioned breath attacks more often. Lastly, Odogaron is roaming around now.

However, the biggest changes in the fight is the greater role effuvium now plays within it. Remember when Vitality Mantle rendered regular/tempered Vaal’s effuvium clouds a non-factor? Well, they do a lot of damage now, so not even Vitality Mantle will protect you for long. In addition, Vaal doesn’t even serve as a giant pincushion anymore since it can enshroud most of its body in a shroud of gas that negates shot damage.

Needless to say, these aren’t the kind of changes that AT Kirin got when it arrived two weeks ago, and I would have been far more receptive toward the encounter if it did. These changes will force some players to approach the fight in a more methodical manner, greatly reducing kill times (my first kill took nearly 28 minutes compared to my usual 7-8), while others will be prompted to use different skills altogether in order to complete the hunt faster (I’m considering a build that uses Effuvia Resistance and Earplugs). Bow users in particular will need to buckle down and change the way they fight, since they don’t have the luxury of simply attacking anywhere they want anymore (though I bet they’ll have the fastest kill times once they settle on an appropriate setup).

Of course, this isn’t the only thing I like about AT Vaal Hazak — the gear is pretty nice too: 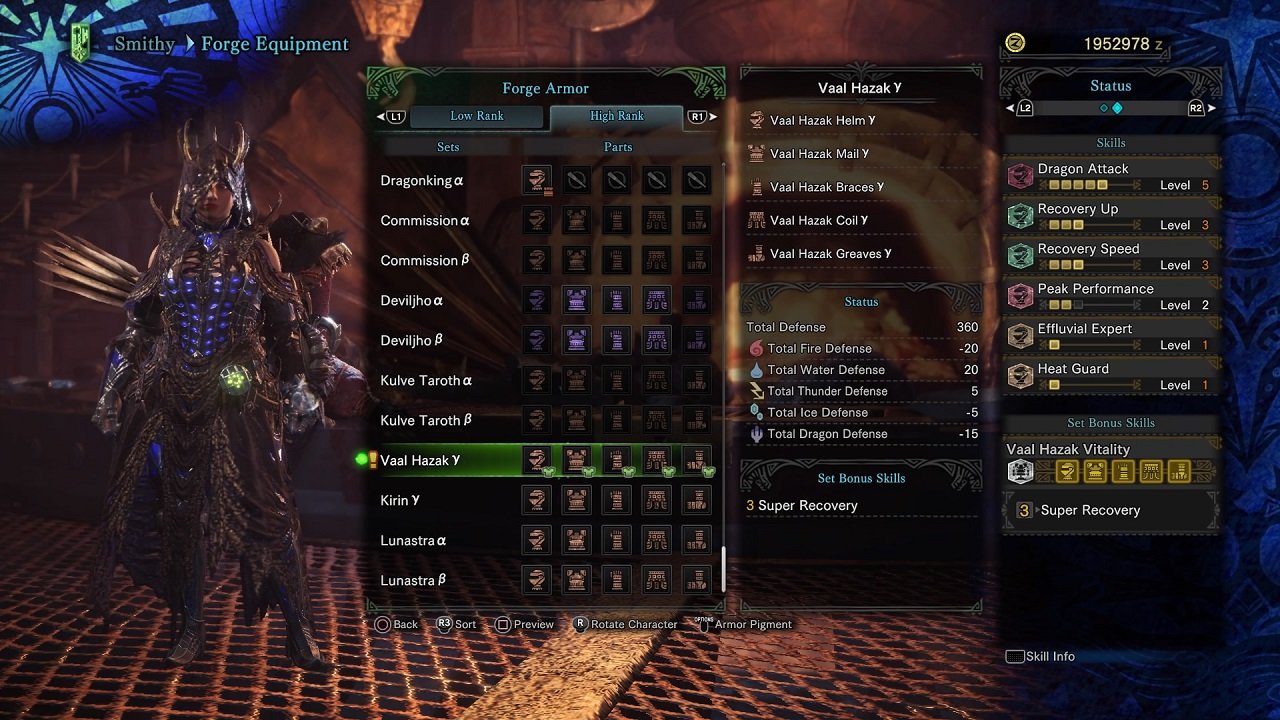 Between all the skills the armor provides, as well as the slots available on each, I can easily imagine someone making a very strong build that uses some of those pieces to maximize Dragon-based damage and the damage boost gained from Peak Performance.

Luckily for those who may find AT Vaal insufferable, they won’t have to spend too much time fighting it to gain all the rewards. Like before, you only need to do the event seven times at most and it has a tendency of awarding multiple tickets upon completion as well.

If this is what we can expect from future Arch-Tempered Elder Dragons, then I’m all for it. Sure, new moves would be ideal, but this is good enough. That said, please don’t do anything crazy with Kushala Daora, Capcom. 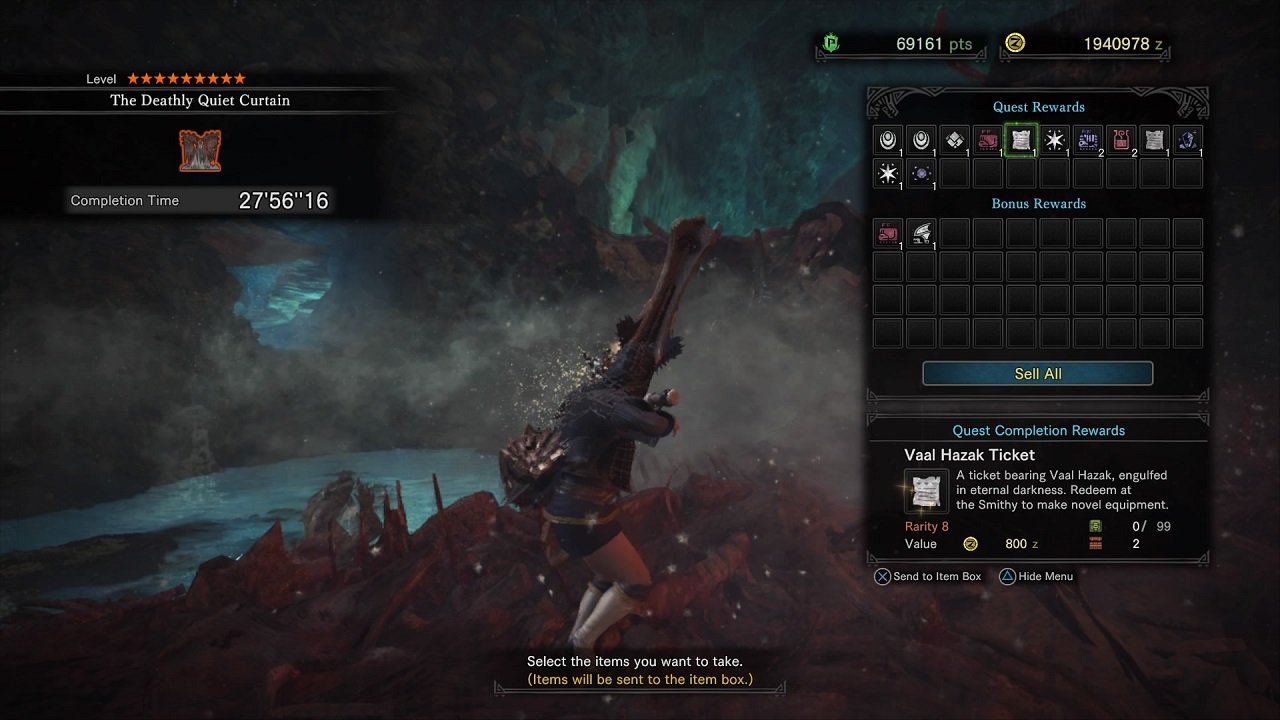