See how each Warner Bros. fighter stacks up.

Trying to decide who to play in MultiVersus? This tier list ranks every fighter in the game from best to worst, showcasing the unstoppable S-Tier characters and exposing the least-desirable C-Tier fighters.  The game is still very new and people are still figuring things out, but the closed alpha and ongoing beta have already shown that some characters are easily the best.

Everyone in MultiVersus has the potential to be good, but some fighters just have better movesets and equipment than others. While things could very easily change as players spend more time with the game, these are the best characters in MultiVersus so far.

Here are all 16 characters in MultiVersus ranked from best to worst. The fighters within the tiers are not ranked in any particular order. These are also subject to change and take into account the character’s performances in both 2v2 and 1v1 matches. 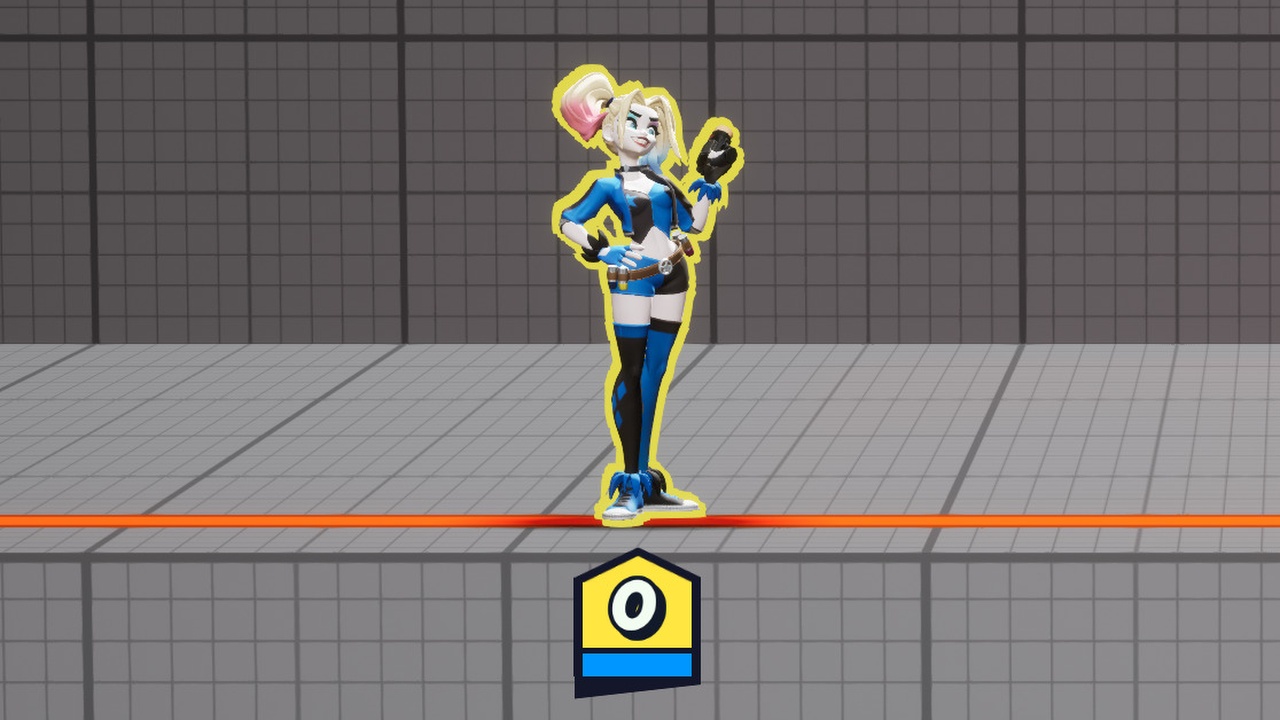 Starting the S-Tier off is Harley Quinn, who has already proven herself to be one of the best Assassins in the game. She has strong zoning tools in the form of her jack in the box and bat plush, but that’s not even the best thing about her. Harley is a vertical character, and her kit is incredibly efficient at killing in the top blast zone. When you pair that with her potential ignite damage, she can take enemies out very quickly.

Taz is the second character of the S-Tier, and that’s largely due to the insane amount of pressure he can apply. If you don’t know what you’re doing, it’s very hard to get in and find an opening on Taz. His tasty debuff is also great for 2v2 matches because it can incapacitate a fighter and heal allies. 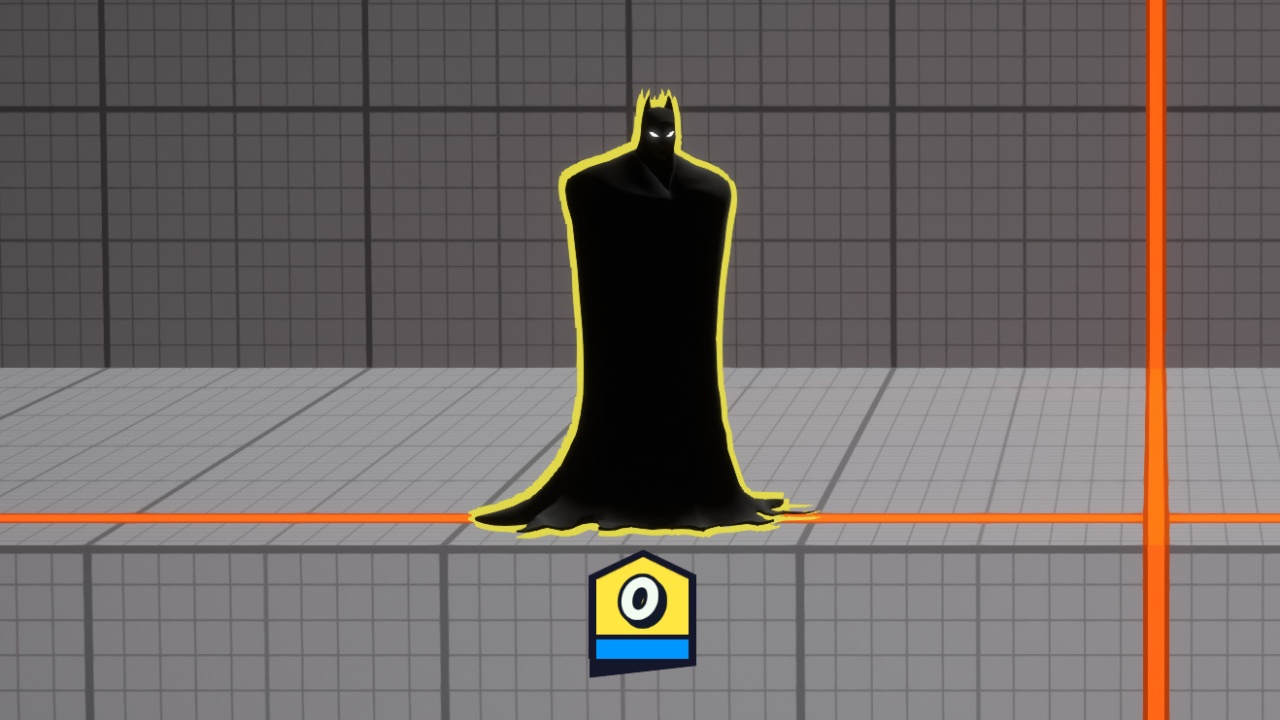 In the A-Tier is Batman, who is a solid fighter as expected. He’s more technical than most would expect, relying on gadgets to create openings. It’s his gadgets that make him such a capable character, however, as the Batarang and grappling hook help him approach with ease and his smoke bomb obscures his next move.

Wonder Woman joins Batman in the A-Tier because of her remarkable abilities as a Tank. Her shield makes her a very useful ally in 2v2 matches, and she can hold her own in one on one engagements as well. Her kit is very well-rounded and she’s capable of holding off aggressive Assassin players, giving her time to think and plan her next move. 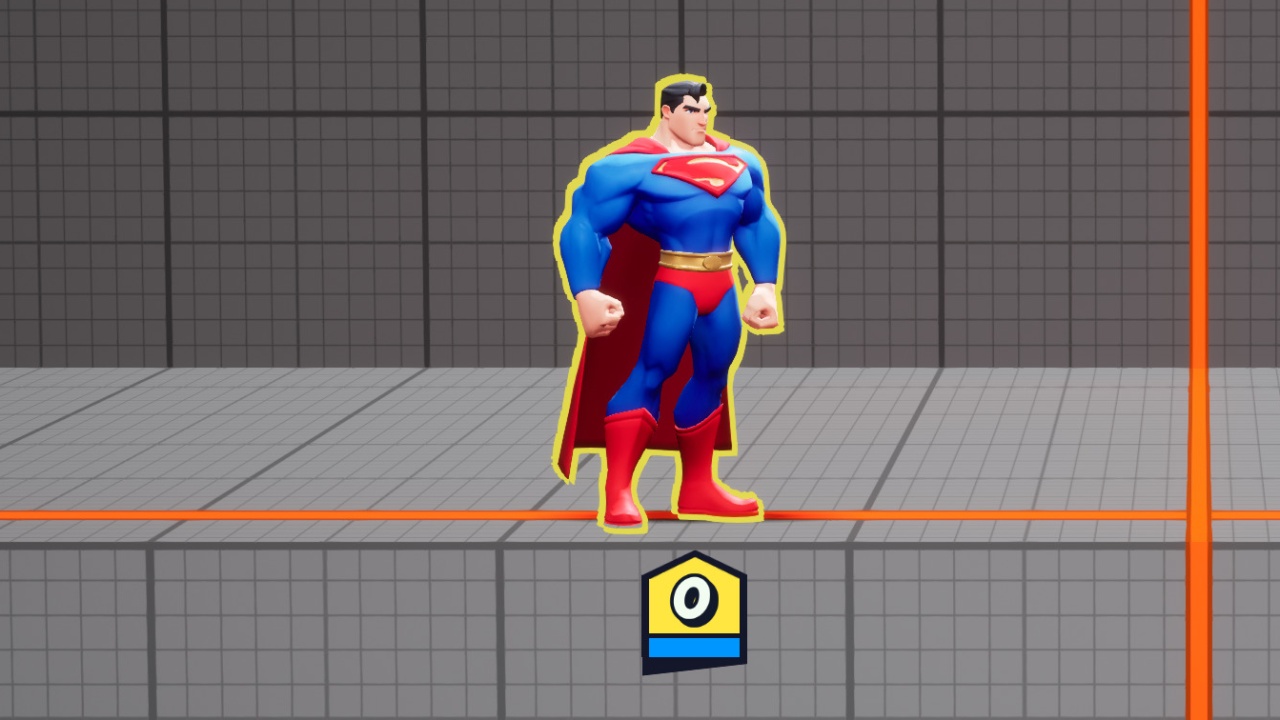 Yet another DC superhero enters the A-Tier. Superman is a solid choice because of his well-rounded mixture of close-range and long-range attacks. His heat vision and ice breath are his two standout moves, with the latter being able to create huge openings if he manages to completely freeze an opponent. In a 2v2 match, Superman is a great pick.

Arya Stark is the only character in the game with the “Expert” label at the moment, and for good reason. She’s the hardest character in the game to play efficiently, and for that reason, she can either be remarkably deadly or a complete waste depending on who’s in control. She has the potential to deal insane damage and zip all over the stage, but it takes skill to do so. 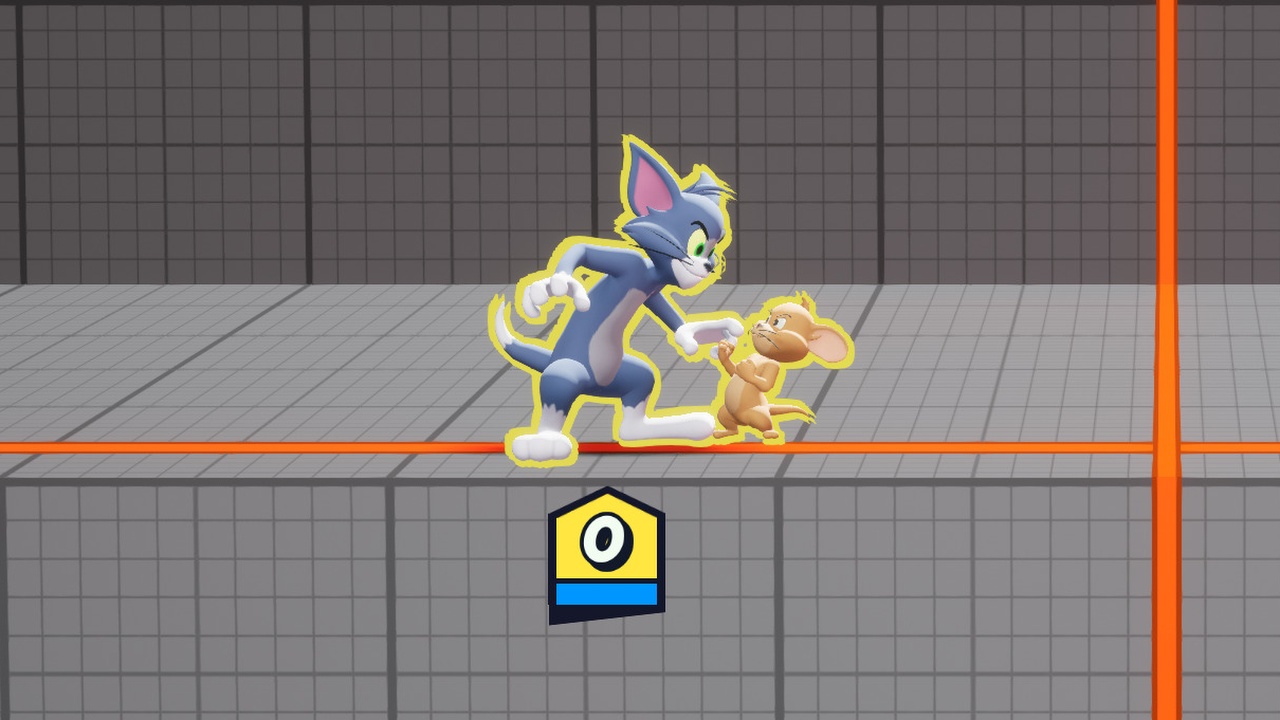 Tom & Jerry are a solid duo character, but they lack any real highlights to place them anywhere above B-Tier. Their gimmick that allows Jerry to separate from Tom is great for 2v2 matches where the small mouse can get lost in the chaos, however. Still, Tom & Jerry lack many close-range options since they’re classified as a Mage, so it can be hard for them to break out of combos.

Bugs Bunny suffers from a similar fate as Tom & Jerry, although he has a few more options at his disposal. A good Bugs Bunny player will dominate the stage and prevent opponents from getting in at all, but if someone manages to get past his array of cartoon defenses, he’s going to take a lot of damage.

Reindog is the game’s only original character, and he’s a mixed bag. He’s a fantastic support character for 2v2 matches, but he’s pretty bad in 1v1 modes. His tether ability is one of the most useful support moves in the game though, allowing an ally to be pulled from danger at any moment. 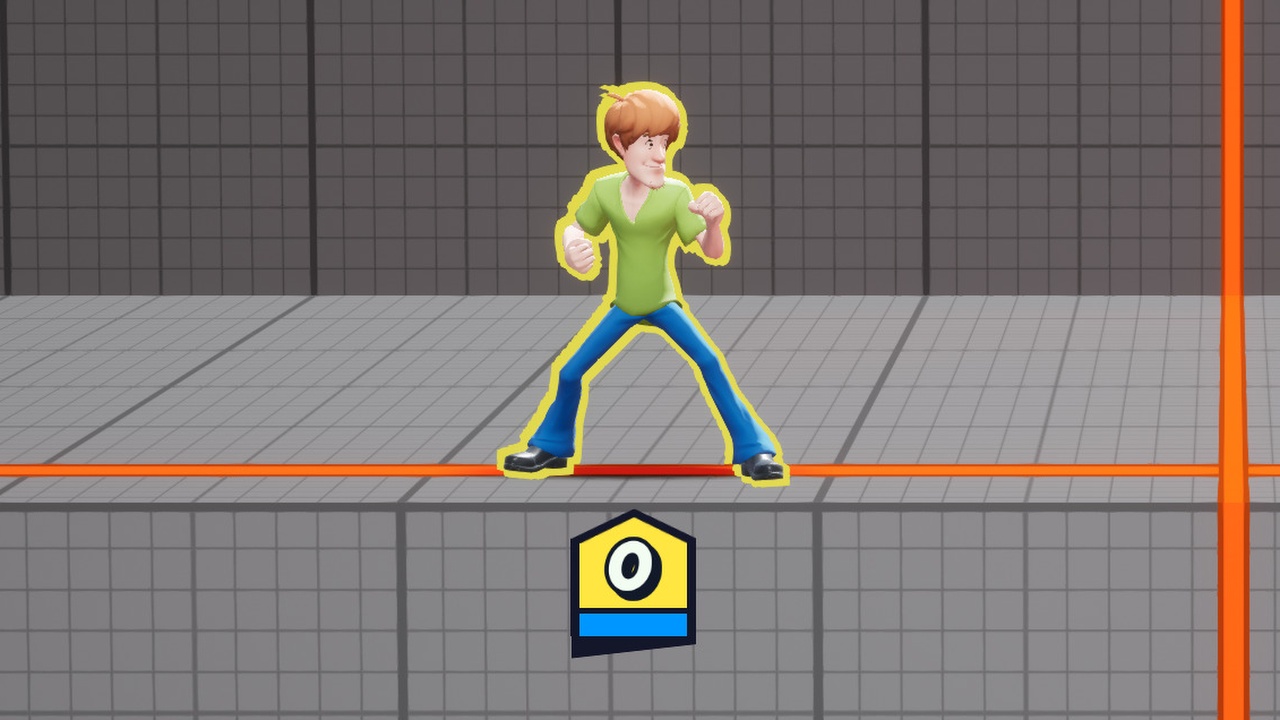 Shaggy is the game’s all-around default character, earning him a spot in the center of B-Tier. He’s your standard brawler, and there’s not much else to say about him. If he can charge up, he can deal devastating damage, but that’s pretty much his only unique trait. Maybe if he used more than a fraction of his power, he’d climb the list.

Velma is a surprising addition for a fighting game like this, but she can hold her own surprisingly well, earning her a B-Tier position. Velma has a ton of projectiles at her disposal, including one that tracks opponents, which allows her to put immense pressure on enemies. However, as a ranged Support character, she isn’t as well-equipped for an up close fight as other fighters on the roster. 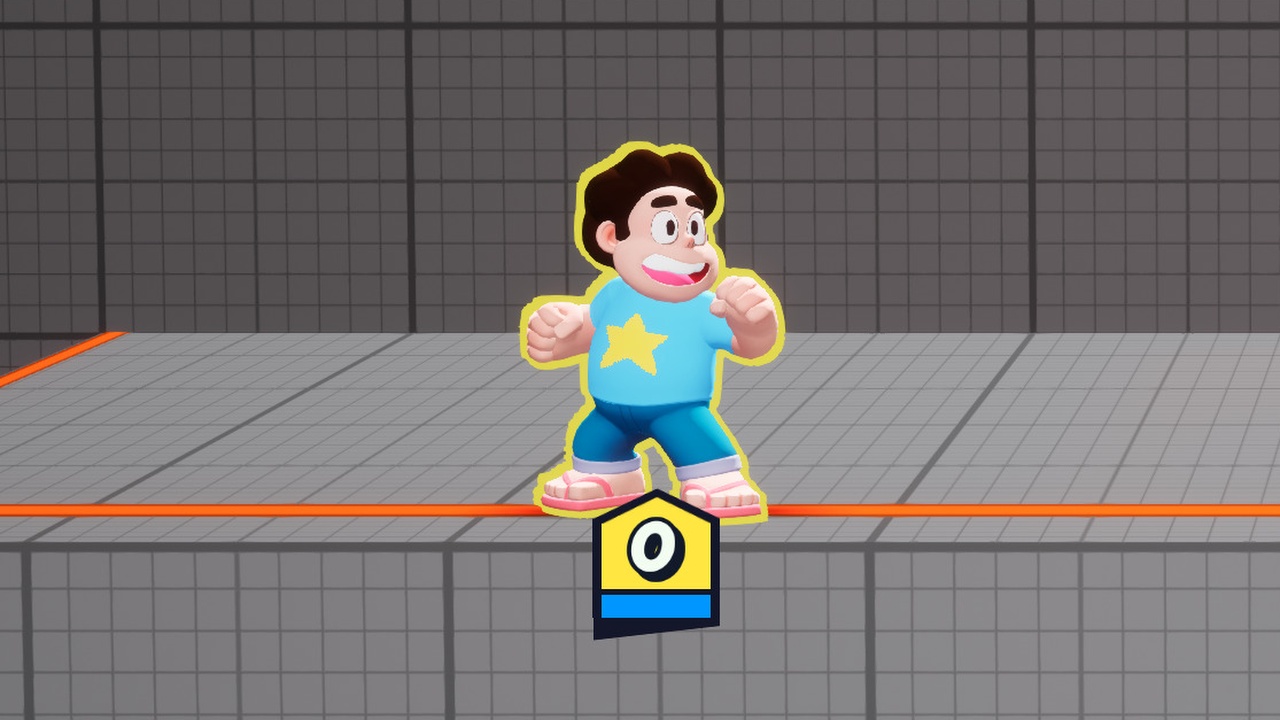 Finally, the Iron Giant is the newest fighter to join the MultiVersus roster and he earns a solid spot in B-Tier. His kit allows him to do some serious damage in the right hands, but he’s such a big character that is easy for other fighters to hit. His size is both his greatest strength and weakness. Still, he’s very hard to knock off the stage and can take quite a beating, making him a good defensive character.

Steven Universe is slow and doesn’t have many useful attacks, earning him a spot in C-Tier. He’s the worst Support character in the game. His main feature is a shield that protects both him and his duo partner, but it’s highly situational and can be broken very easily. His kit just isn’t as good when compared to the rest of the roster.

Garnet is a similar case, standing right next to Steven in C-Tier. Garnet is a Bruiser meant to pressure opponents with close-range attacks, but her moves are slow and easy to counter. She does have some ranged attacks at her disposal, but they’re not particularly useful either. That just leaves her as a character without very many strengths at the end of the day. 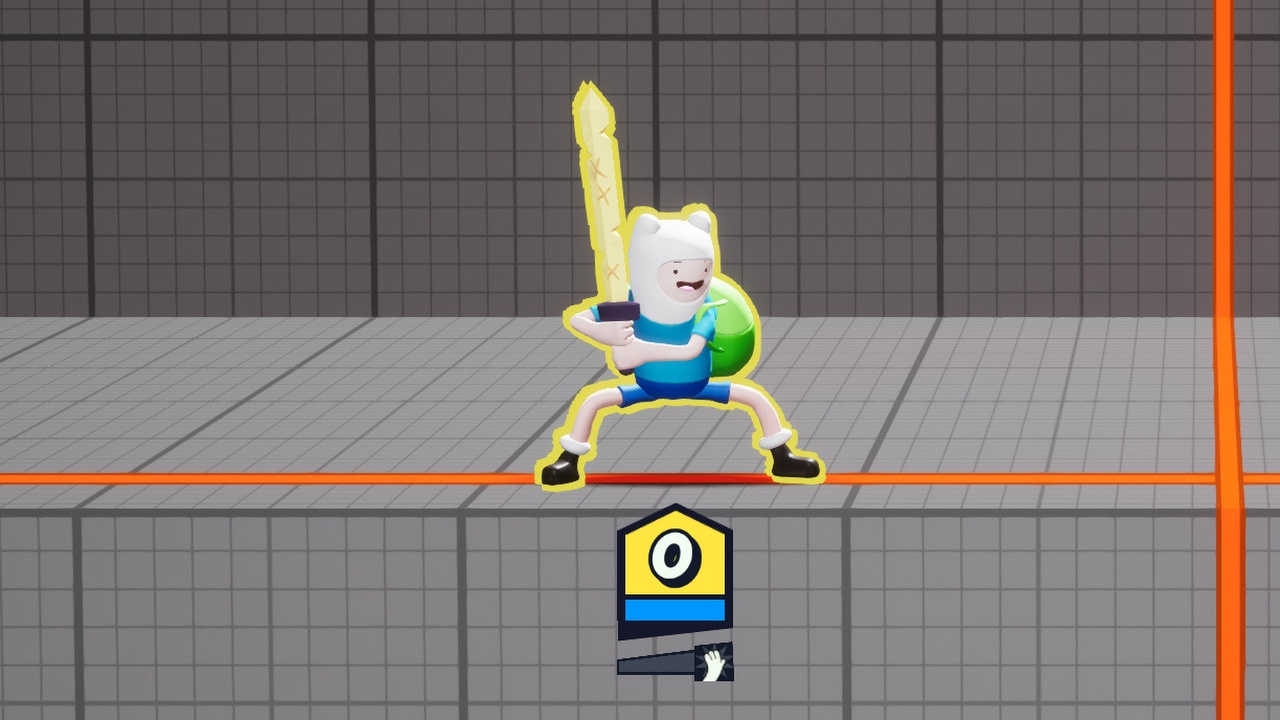 Finn from Adventure Time joins the Steven Universe duo in C-Tier because he’s the worst Assassin in the game. Assassins specialize in high damage and fast speed, which characters like Harley Quinn and Arya Stark excel at. Finn’s kit isn’t as great as theirs, and on top of that, he needs to collect gold coins to make his attacks do decent damage. It’s not worth the effort it takes.

Finally, Jake the Dog rounds out C-Tier. Like Garnet, Jake is a Bruiser and he actually has a pretty good advantage over the rest of the roster with his stretch attacks that have a long reach. However, Jake’s transformation attacks are slow and easily dodgeable, leaving him vulnerable to follow-up attacks nearly every time if his opponent knows what they’re doing. In hectic 2v2 matches, he may be able to get some sneak attacks in from long range, but if he’s being pressured, there’s not much he can do that’s effective.

Attack of the Fanboy / ORIGINAL ARTICLES / MultiVersus Tier List: The Best Characters in the Game, Ranked