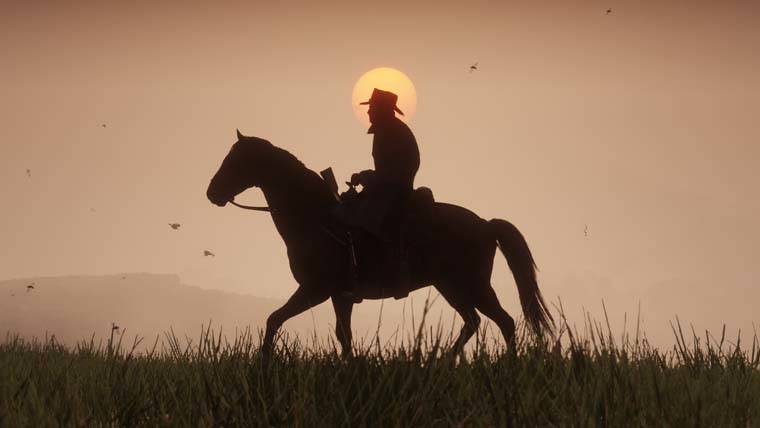 In an investor call where Grand Theft Auto V was revealed to have sold 90 million units worldwide, Take Two CEO Strauss Zelnick made a surprise comment about Battle Royales such as those seen in games such as PlayerUnknown’s Battlegrounds or Fortnite: Battle Royale, calling them derivative.

This comment, of course, was spurred by recent rumors which suggested that the upcoming Red Dead Redemption 2 would feature a Battle Royale mode.

Here is what he said:

“More detail on game mechanics specifics really comes at the label level, but I will just observe that someone else’s success is really interesting and we’re obviously informed by what our competitors do. Our goal is to be as innovative as possible. And titles, even really good titles that are derivative, never seem to do as well as innovations that are unexpected.”

“When we came out with the first Red Dead Redemption the convention wisdom was that Westerns don’t work. It had been an awfully long time since a Western themed video game had come out. Rockstar took a massive creative risk and the result was extraordinary. I don’t see our labels being super excited about being derivative. That said, of course, we play in the world and we’re informed by what’s going on. It is our job to bring consumers what they want.”

At first glance this comment seem to be entirely off base. Yes, being innovative is certainly better than being derivative, but neither PlayerUnknown’s Battlegrounds or Fortnite: Battle Royale are actually groundbreaking when it comes to gameplay (Minecraft has had a Battle Royale mode of sorts since 2012, for example) and they’re both overwhelmingly successful. So it seems odd that Take Two would be so quick to write off a genre that could easily help boost Red Dead Redemption 2’s sales.

However, recent developments seem to suggest that Zelnick isn’t so crazy after all.

Based on the latest numbers on Steam Charts, PUBG is actually losing players right now. Granted, the game still has an incredible peak amount of concurrent players within the past 24 hours (2.7 million as of writing this), but the average amount of players has noticeably declined over the past 30 days.

What makes this event so noteworthy is that this is the first time PUBG has experienced any such decline in numbers. PUBG has been doing nothing but trending upward and breaking records since it hit PCs last year, but it seems that this momentum has started to slow down as of late. Of course, we still have to see how things turn out once the month is over before saying anything definitive.

There could be any number of reasons for this, ranging from performance drop-offs following the last set of anti-cheat updates to players having other stuff to play thanks to the holiday season and January. But Fortnite can likely be counted among them.

PUBG developer Bluehole has made it no secret that it resents Fortnite, and even went as far as to attempt to claim ownership of the entire Battle Royale genre in a bid to snuff it out. That move clearly didn’t work and now PUBG is feeling the pain, because Fortnite is positively booming right now.

In a recent update, Epic Games revealed that Fortnite recently hit 3.4 million concurrent players (this puts it above PUBG’s 3.2 million on PC) and cited that growth as the reason why there were several service outages on Feb. 4 and 5.

There is no timeline similar to Steam Charts to detail how Fortnite has done over the past several months, but it’s clear that the game is doing extraordinarily well and shows no signs of stopping. Hell, PUBG, even with that indicator of a decline, is still doing well.

In the end, we’re left with a game that is apparently starting to slow down (yet is still doing well) and another game that is at least partially to blame for it.

And it’s with that in mind that we have to consider Zelnick’s comments about being derivative.

It’s clearly not a knock on either title, but as good as they are, neither quite seem built for permanence. They’re at each others throat day after day and their fates are seemingly linked with one another (PUBG started slowing down when Fortnite arrived, hence why it tried to claim ownership of the genre). Not to mention with neither title being out for a whole year yet, it’s difficult to say whether these titles are here to stay (both games were fortunate enough to arrive when the genre was hitting its peak in popularity).

And even if Red Dead Redemption 2 does get a Battle Royale mode (he didn’t take it off the table, after all), there’s no guarantee it would attract the user base from other games in the same genre — at best, it would only be getting a piece of the pie. Furthermore, regardless of how it turns out, it would still be susceptible to the same trends that the rest of the genre could face in the future.

As such, Zelnick’s past comments may actually have some merit to them. Why imitate another genre when it doesn’t have to? Let Red Dead Redemption 2 be its own thing. And if it does get a Battle Royale mode? Make damn sure that is its own thing as well.