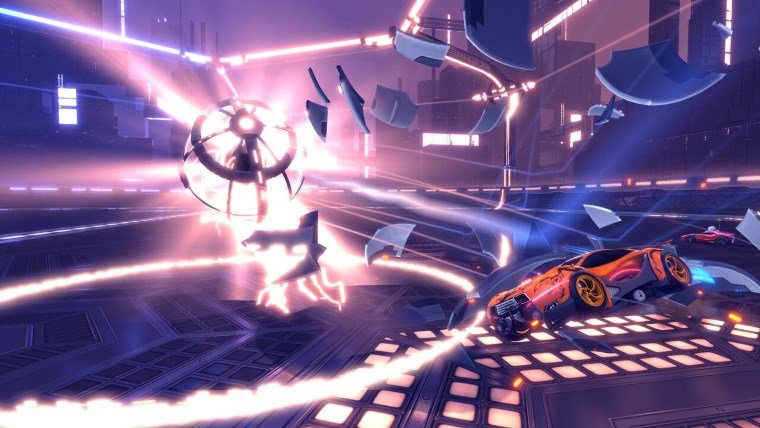 The concept of Rocket League is kind of crazy, at least this is what I’ve come to understand after trying to explain it to people who haven’t experienced the game. “You drive a car and play soccer, but the car has a rocket on it, and you fly around a lot.” This is usually the part where they start looking at me really weird, like I’ve said something odd, for some reason. This has happened a few times, so when Rocket League’s developer Psyonix showed off the brand new mode Dropshot, I knew that I was close to giving them the same look. Like they’d said something totally nuts. But I knew that they hadn’t, because this is exactly how they operate. Once I played Dropshot I understood that they once again had something great on their hands, something that might be Rocket League’s best new mode.

Dropshot, like the game in which it is built, sounds crazy. What was once a very definite take on soccer now has no goals, at least not any that are set and present on the map. Instead the goal is the entire floor, but you can’t just chip the ball over and in. Instead you are making the goal as you play, striking the ball into your opponent’s side of the map, breaking away parts of the floor in order to make an opening for you to score.

The best way to describe it without just showing you Psyonix’s traditionally excellent trailer is to point you toward the Disc Wars scene in Tron: Legacy. It’s sort of like this, with players fighting over a single ball, which will blast away parts of your enemy’s floor if you hit it hard and long enough. Cars won’t fall through though, so no worries about messing up your maneuvering. Instead the holes are just for the ball, and these impromptu goals can get rather large.

The ball doesn’t just always chip away at a single hexagon of the floor, instead it will charge up throughout a volley, with players trying to keep it from smashing into their floor, while sending it over to the other side. This also messes with defense tactics, as the ball won’t hurt your side of the map if your team was the last to touch it. So yes, you want to get good shots, but sometimes just a light tap will save the day. 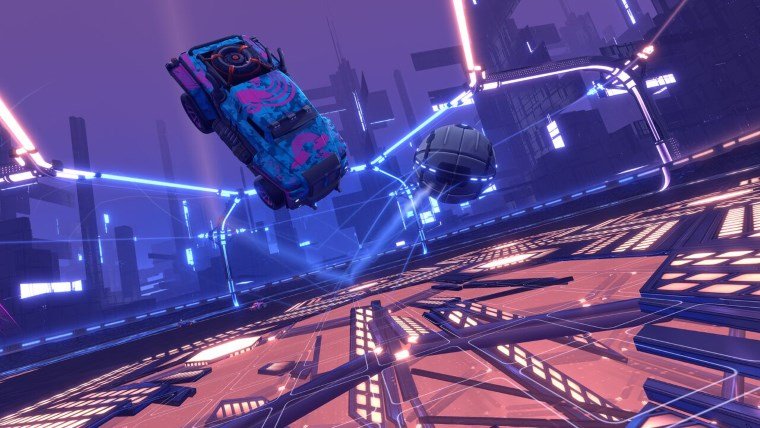 If the ball is fully charged, sending electric sparks across the arena like a mobile Tesla coil that you hit with a rocket powered car, it can do some devastating damage to the enemy’s side: completely knocking out at least one hexagon and charging a ton around it. Sometimes you need to work at an area to get it to open up into a goal, hitting it twice in different spots to knock away enough of the floor to make for a good sized goal. Or you can be like the pros and just get a single hexagon out and then slam the ball in, maybe doing some air dribbling along the way.

Psyonix put a lot of thought into this new Dropshot mode, and it shows

Dropshot seems, from the few games I was able to play of it, like an exceptionally balanced take on Rocket League. The main mode has a massive skill ceiling, allowing for the amazing plays that are currently being pulled off in the Rocket League Championship Series Season 3. But that also can lead to some trouble for less skilled players. Dropshot doesn’t make it so you can take on the top guys without getting murdered, but it’ll give you some semblance of balance due to how the map resets.

Whenever you score a goal the enemy team’s side of the map heals up while yours doesn’t. If you’re playing truly effective defense then your side won’t be too bad, but even the best teams will have some solid damage after a couple of rounds. This gives the enemy a bit of an advantage in the next one, though it’ll never be enough to totally compensate for lower skill. And when games go to overtime they don’t reset, so that last second tying goal won’t totally redeem you this time, if your map has been decimated by the opposition

Our three matches were consistently tight, with two going to overtime and one being decided by a goal in just the last ten seconds. The energy of the game was exceptional, bringing back some of the early feelings I got from playing Rocket League. The magic of the game still hasn’t worn off in my 400+ hours, but Dropshot gave me some new choices to stress over. The strategy of this game is totally altered from its main “soccar” mode counterpart, which is different from the other modes that have been added, which have mostly been slight spins on the base game. 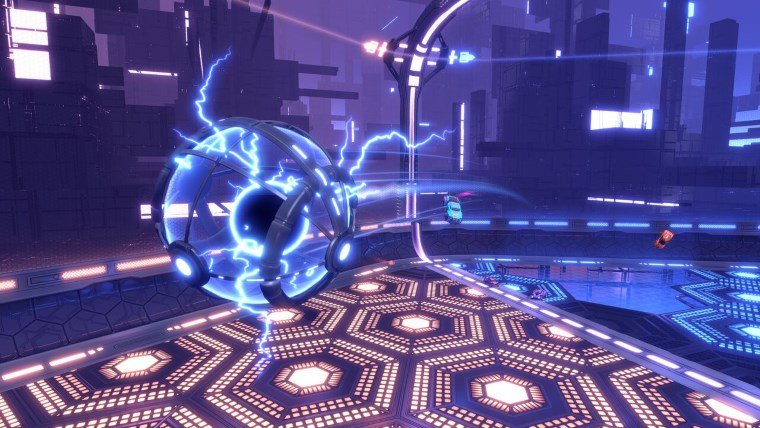 Psyonix put a lot of thought into this new Dropshot mode, and it shows. During my time with the game we discussed other gamemodes that they’ve looked at, such as volleyball. These might seem like good ideas, but they never work out, which is sort of the opposite of how Rocket League and Dropshot have ended up. Dropshot specifically works because it feeds into what makes Rocket League work, giving players interesting new ways to play, and offering deep strategic gameplay with the core physics that you’ve come to love.

As a fan of the game I approached Dropshot with caution, much as I did with the original game and Rumble. Once again Psyonix proved their skills and their dedication to this game that has surprised so many over the last year and a half. They’ve delivered once again on that “sounds crazy, but plays so well” concept while also giving their fans something new to dive into and tear apart in new and interesting ways. Once my time was up with Rocket League’s Dropshot mode I just wanted to see how the pros would take it to a whole new level. Luckily I’ll get to see it when it arrives on March 22nd as a free update.

After trying out the mode I got to chat with one of Psyonix’s Rocket League developers. We’ll have that interview up very soon, so check back for that later on.