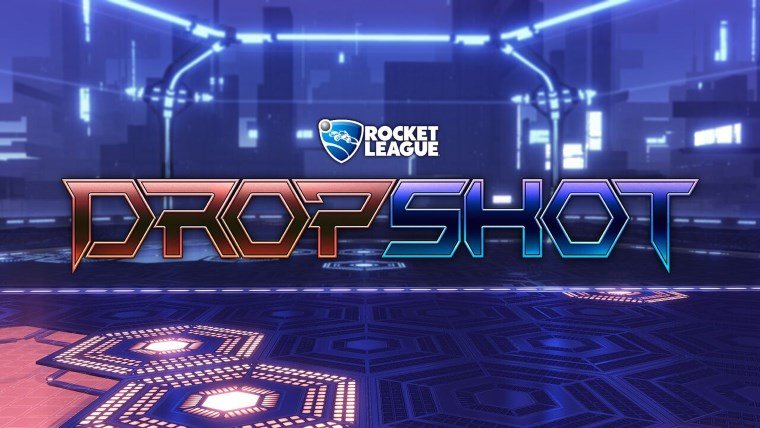 After debuting with a very minimalist approach to its core game design, Rocket League is expanding once again with a brand new gamemode called Dropshot. Adding onto the already available sets of Hockey, Hoops (Basketball), and Rumble, Dropshot looks like it might be Rocket League’s best new mode since launch, offering a more strategic option that still adds a ton of creativity to the signature Rocket League formula. At least that’s what I thought when I got to play it at PAX East 2017. You can read about that right here, but continue reading this article for more on this brand new mode.

“Launching March 22, Dropshot takes place in a new hexagonal arena known as ‘Core 707’,” reads the official press release from Rocket League developer Psyonix. “Regular goalposts are nowhere to be found in the new stadium, so players must create their own dynamic scoring areas by using an electrified ball to break and eventually open the floor on their opponent’s side. Once a goal has been scored, that side of the arena closes back up and the action begins anew until time expires. As an added twist, the electrified ball itself will gain strength as players continue to hit and dribble it, with harder hits giving it stronger damage potential that can be unleashed on the opposing team’s floor to varying degrees.”

As always with Rocket League, the Dropshot update will be a free download for anyone who owns the game. And while the new mode is the headliner for this update, there’s much more to it than just that. Players will also get “six new Achievements and Trophies, an all-new Esports “Live Now” button for official streams, the end to ‘Competitive Season 3,’ and the start of ‘Competitive Season 4.’ Players who competed in the third season will be granted exclusive Wheel rewards based on their highest competitive skill tier reached!”

Be sure to check out our impressions of the new Rocket League Dropshot mode linked above. We also spoke with one of the game’s developers about the update and will have that interview up as soon as it’s ready.