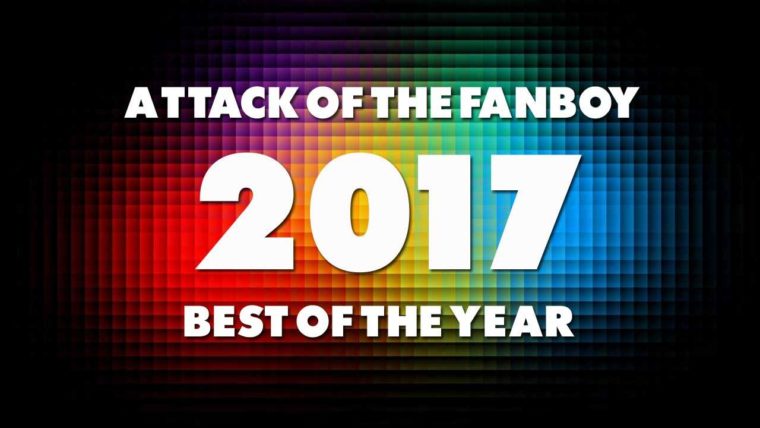 Depending on who you ask, 2017 was either an incredibly great year for gaming or an incredibly bad one.  There were a ton of highly rated games for every platform available, multiple consoles were released this year, and the general quality of big budget games was pretty good.  In this article we’ll focus on the incredibly good aspects of 2017, giving Attack of the Fanboy’s take on all of the best that video gaming had to offer in 2017.

The rules are pretty simple for our Best of 2017 List.  We consider different games in each category and select one for each.  However, you’ll notice that a single game cannot win multiple categories except for the case of a game being our overall Game of the Year and another category winner.

Without further ado, here is the Attack of the Fanboy Best of 2017. 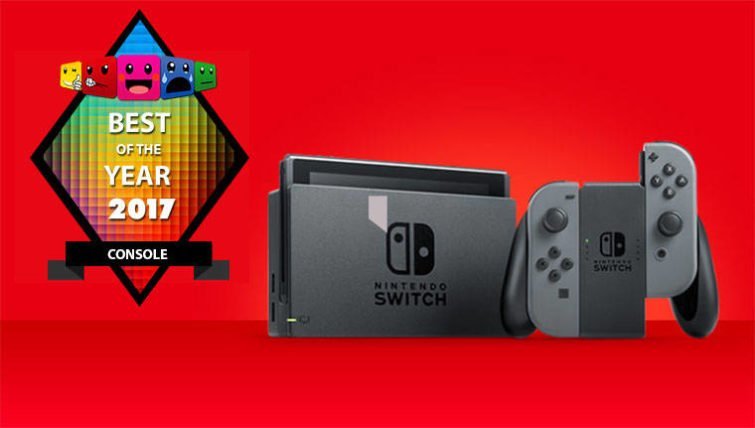 Having launched this year, it’s no surprise that the Nintendo Switch was the biggest console on the block.  However, it did have strong competition thanks to the PS4 Pro and the Xbox One X, and it still demolished them all. Nintendo systems have been hit or miss lately, and many thought the Switch might be another Wii U sized miss. But now that the platform has had one of the best years in video game history, it’s clear that Nintendo not only had a solid plan, they knew exactly how to execute it and then did so while also winning third party support the likes of which they haven’t seen in years. With two easy Game of the Year contenders, a plethora of other great titles, and more promised for 2018, the Nintendo Switch killed it in 2017 and looks to have even better days ahead. For our full impressions on the Nintendo Switch, check out our review.

Runner Up – Xbox One X 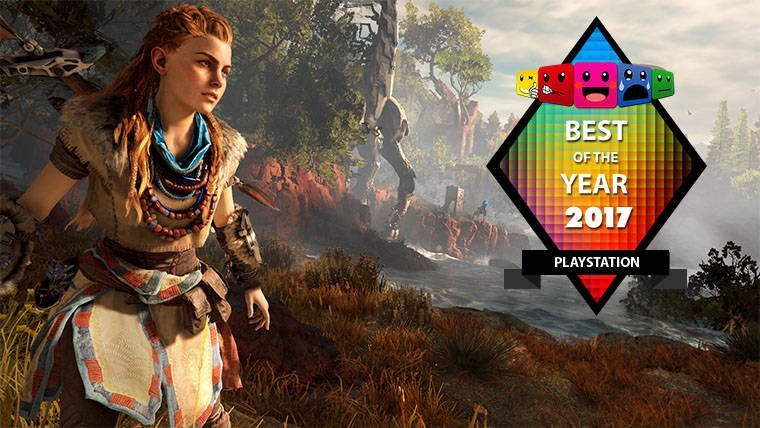 Horizon Zero Dawn was Guerrilla Games stepping out of their comfort zone of dreary first person shooters and delivering one of the strongest open-world entries of the year in a year that had plenty of great open world games.  A likeable new protagonist in Aloy that played the central role in a compelling story, paired with a great combat system and mind-blowing visuals, Horizon Zero Dawn certainly lived up to the hype.  Followed up by a big expansion at the end of the year with the Frozen Wilds, Horizon Zero Dawn was one of the biggest and best reasons to own a PlayStation 4 or PlayStation 4 Pro in 2017. 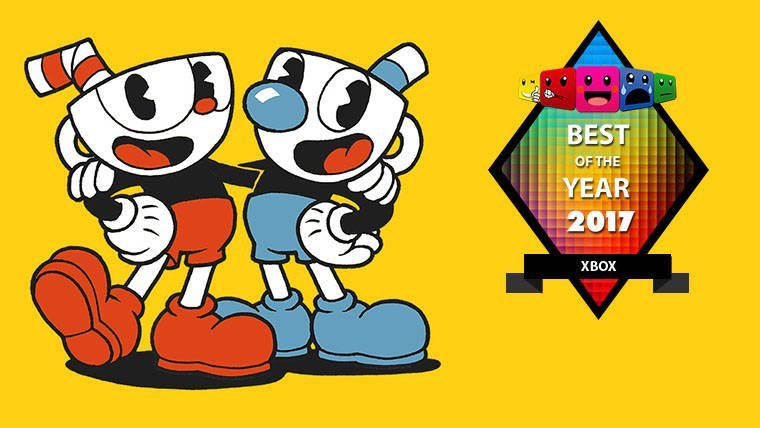 Sure, you can play Cuphead on PC, but in a year that didn’t have much to offer in terms of exclusives for the Xbox One this console exclusive stood out as a must play title for Xbox One owners. This classic run and gun action game gave players all the challenge they could handle with an aesthetic inspired by cartoons of the 1930’s.  From the hand drawn animations and watercolor backgrounds to the original score, Studio MHDR absolutely nailed it.  Cuphead is filled to the brim with challenging boss battles, run and gun sequences and unlockable weapons for players to try.  With each level featuring its own unique visual style, Cuphead might not have had the depth or length of some other games in this list but it certainly had the quality.  For more on Cuphead, check out our review of the game. 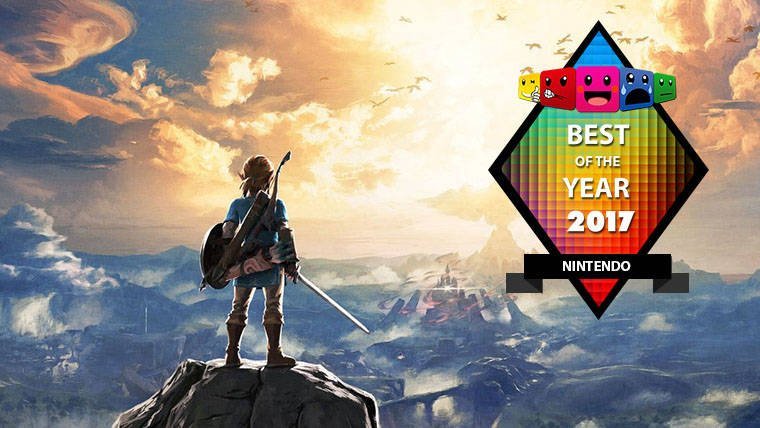 Best Nintendo Game of 2017 – The Legend of Zelda: Breath of the Wild

Only once before has a Nintendo platform launched with a Zelda title, and while Twilight Princess was a solid game, it failed to reignite the true passion that many have for the franchise. It stuck too closely to its predecessors, almost serving as a remake of Ocarina of Time in a lot of ways. The Legend of Zelda: Breath of the Wild on the other hand was a total departure from recent series norms, and it was all the better for it. Featuring a gorgeous, massive world that’s ripe for exploring, the game truly delivered on the initial idea of Zelda. Players could choose what to do and where to go, and the fun was in what might happen along the way. Dozens of hours later, players are still enraptured by the experience, and while there was solid competition from the fantastically sublime Super Mario Odyssey, The Legend of Zelda: Breath of the Wild is still the Nintendo Switch game we’re all talking about. 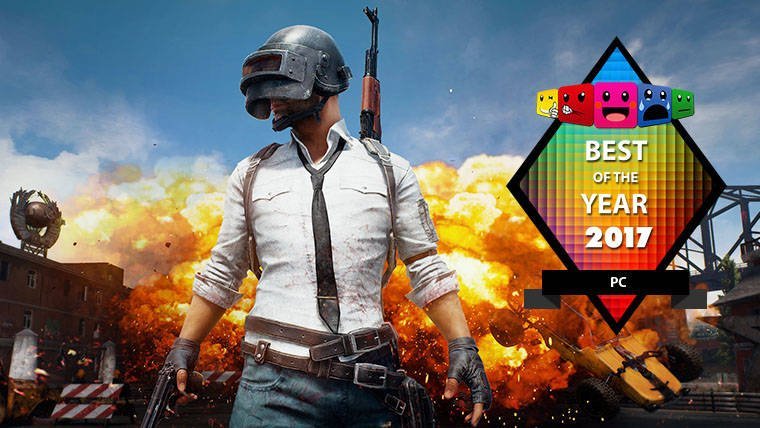 While PlayerUnknown’s Battlegrounds launched as an early access title on Steam and remained as such for the majority of the year, Bluehole managed to release their 1.0 version of the game before year’s end, allowing us to consider it in Game of the Year.  While some still say that it’s not quite up to the level of quality that you’ll find in “AAA” releases, the fun factor of PUBG cannot be denied.  Whether playing solo or playing squads with friends, the thrill of dropping into a war zone with 99 other people, scrounging for weapons and equipment and hoping to be the last man standing is a rush that few other games deliver.  While the first year has been a building process for PUBG, we’re excited to see where this one continues to go in 2018 and beyond.

Runner Up – XCOM 2 War of the Chosen 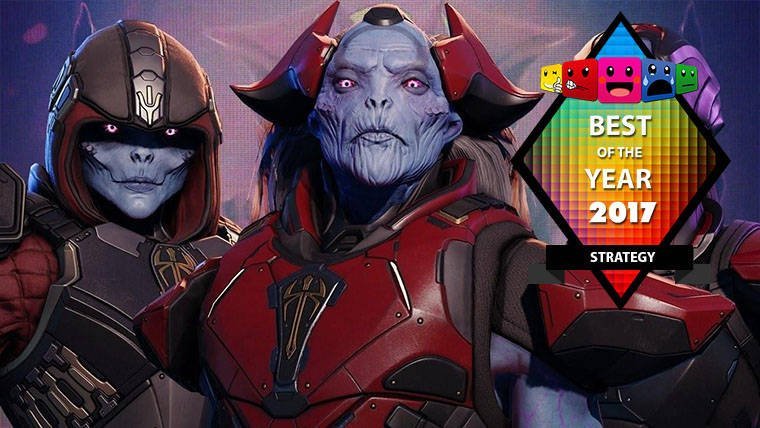 XCOM 2 War of the Chosen is essentially an expansion for the base XCOM 2 game, but calling it just an expansion isn’t doing it justice.  It goes far above and beyond any of the previous downloadable content that came from Firaxis or mods that have come from the community.  War of the Chosen forces players to start a new game in XCOM 2 where they’ll find considerable changes to the way the game plays.  New characters, new weapons, new gameplay systems, and new enemies… War of the Chosen feels like an entirely different XCOM 2 experience that introduces a completely new storyline for players to tackle.  War of the Chosen was a near perfect addition to a great strategy game.