Find out who the fan-favorite bosses are in Elden Ring. 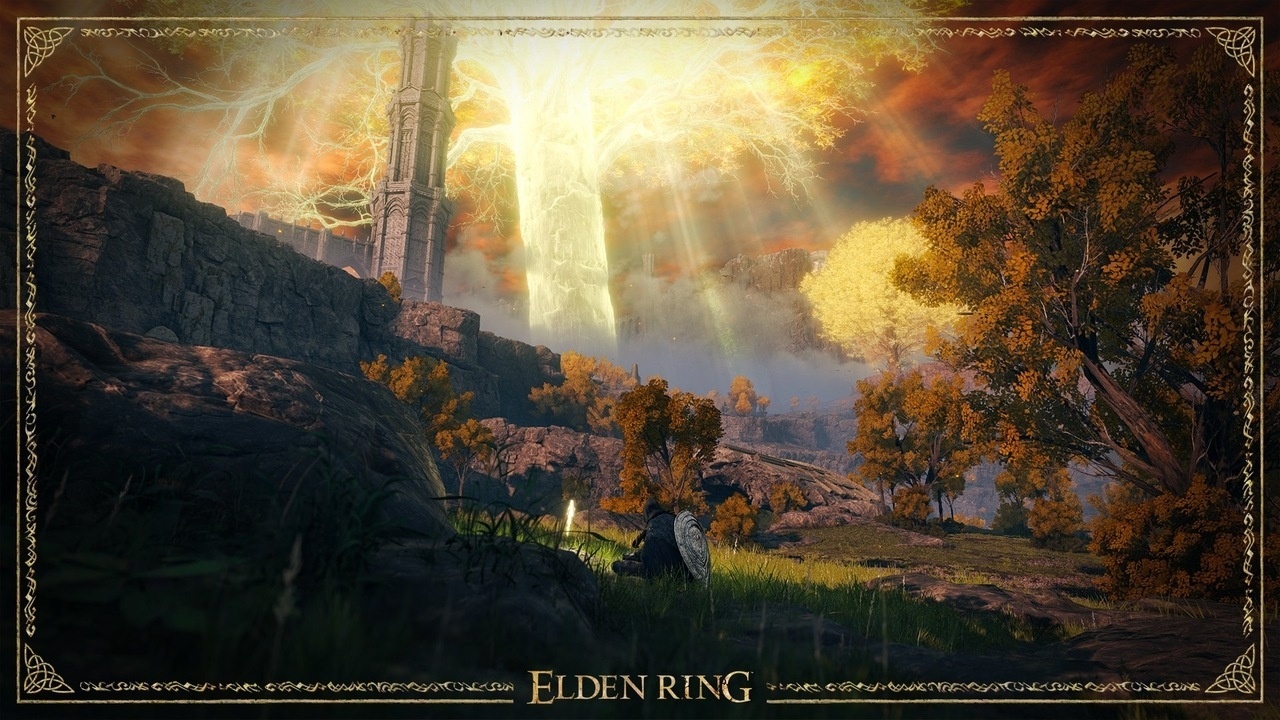 As you make your way into the Lands Between, you’ll come across some of the most ruthless bosses that have ever been seen in a game. Some of them are capable of taking you down in a single shot, and some of them can steal your heart in a second. And players in Elden Ring are happy to take on the challenge while finding some standout favorites of them all.

After surveying 1,700 gamers, Frontline Gaming Japan has translated these results from Famitsu and has found that these bosses have left a permanent mark on players, in the best possible way.

These are the most popular Elden Ring bosses according to the player survey: We aren’t sure if it’s his comically small horse or his overwhelming power, but Starscourge Radahn has been met with an immeasurable amount of love, rage, and every other emotion under the sun. One of the most difficult bosses in the game, you’ll find yourself in awe of the absolute size of the unit, as well as his incredible power. Plus, the horse is great. 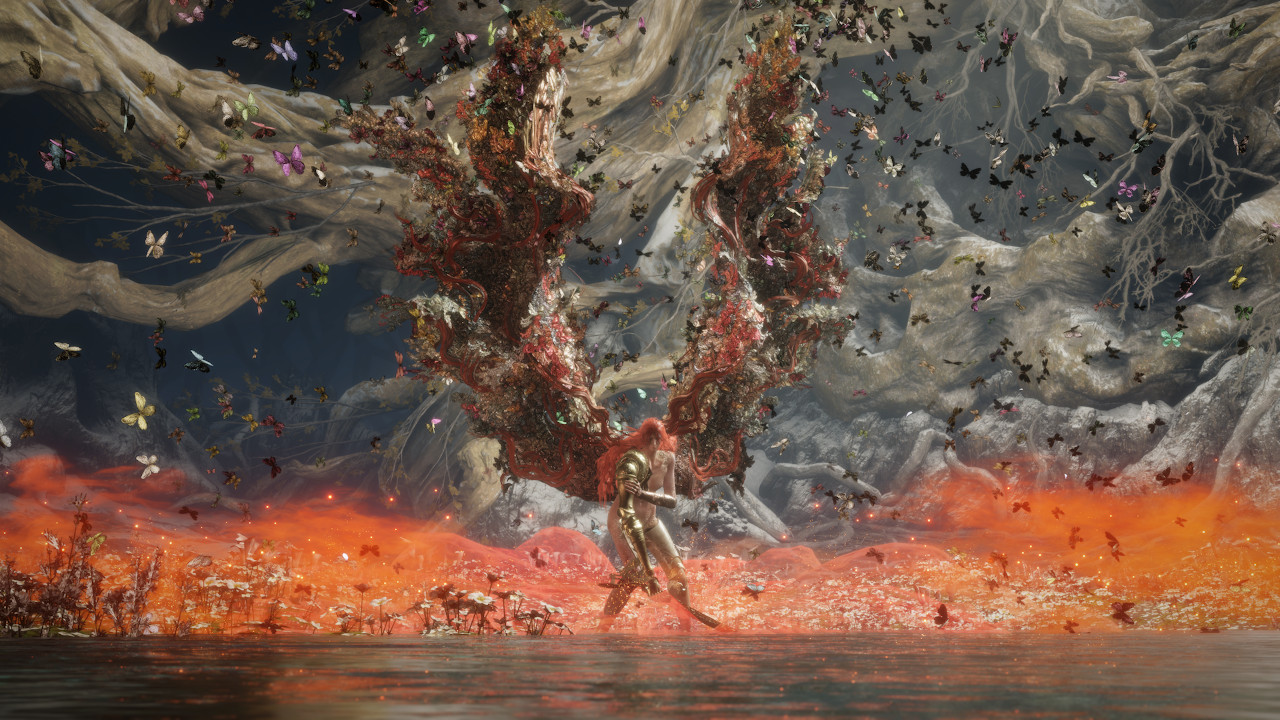 Malenia, Blade of Miquella has seen a huge spike in popularity lately, with no doubt placed on the player who wants to solo her for you. While she is an impressive visual spectacle, it’s her attacks, anger, and willingness to put a stop to you quickly that has left a mark that most gamers have been happy to add to their growing list of Elden Ring frustrations. Possibly the first big challenge, except for another character on this list, Margit the Fell Omen is a massive monster that will put your early game skills to the test. If you aren’t prepared, you are going to die, and quickly. His speed, agility, and power are more than enough to put you in your place quickly, so make sure that you’ve practiced on some other foes first. 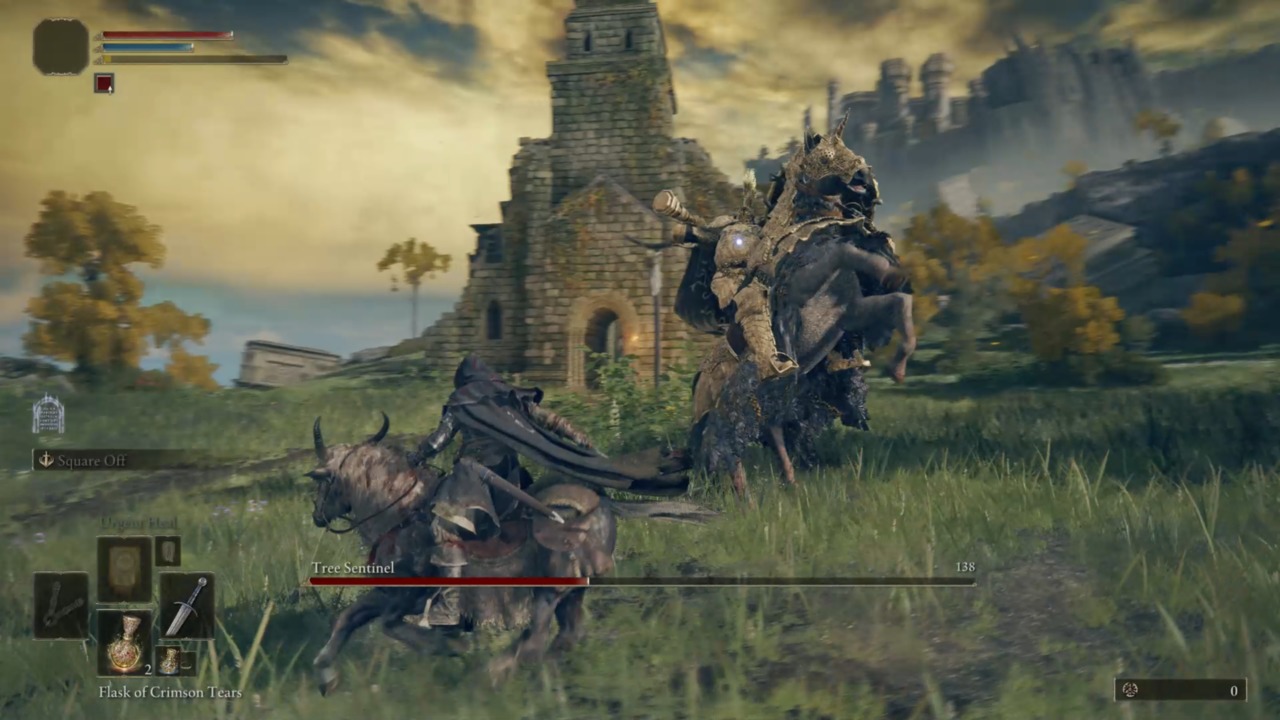 Imagine being in the shoes of the Tarnished. You walk out into the world, immediately get roasted for having no maidens, and then try to fight the first enemy that you see. That’s where the Tree Sentinel comes into play, to show you that the world is not a kind or friendly place. Prepare to lose a lot, even if you are a Dark Souls veteran, as the Tree Sentinel doesn’t take it easy on you. This is one monster that you don’t want to mess with. With their long, flowing mane, disgustingly large sword, and massive damage potential, Maliketh, the Black Blade is a force to be reconned with. You’ll find yourself in one of the best battles of the game when you go against this creature, and claim some amazing spoils once it is finally done. The Elden Beast is the final obstacle between you, and finally becoming the true Elden Lord that you have spent countless hours working towards. Featuring some of the most stunning visuals and vistas in the game, they did wait to save one of the best until last. You’ll find a hell of a challenge awaiting you if you can take your eyes off of their glory. Most enemies are going to give you a hard time with just two hands, but when you go up against Godrick the Grafted, it’s like the world’s worst version of Spider-man comes to life. You’ll have to protect yourself from an onslaught of attacks from his many, many appendages to make sure that you can continue on your journey. Not afraid to get a little bit handsy with you, either. Some of the most memorable fights in Elden Ring are against those that aren’t the most spectacular. While the Crucible Knight features a set of armor that you would love to get your hands on, you’ll find that this one-on-one is some of the most intense swordplays that you’ll come across throughout the game. You’ll need to be prepared to take this mammoth man down for the count.

9. Radagon of the Golden Order In another intense one-on-one with someone near your size, you’ll find the power and speed of Radagon of the Golden Order will put you in your place faster than you can say “I can’t wait to get his armor”.  Finding victory against this foe isn’t the simplest task you’ll come across, but the skills that you put on the line will never be forgotten as you continue onward in the Lands Between. Fighting with the power of the earth, and his spectral lion, Hoarah Loux isn’t afraid to lay the smackdown on you with his axe, or with his fists. You’ll find a massive mountain of a man in this fight, with nothing else to lose. In one of the most memorable fights of the game, you’ll need to be on your toes to bring him down and claim his powers for your own. Seemingly ripped right out of the pages of an H.P. Lovecraft novel, Mohg, Lord of Blood is another horrifying, powerful beast that can take you out with a plethora of special attacks. While his get-up may not look like it, Mohg is one of the most powerful bosses you’ll come across, making sure you know the true power of magic along the way.

12. Rennala, Queen of the Full Moon One of the most breathtaking battles waged across any game, the fight against Rennala, Queen of the Full Moon is something that you most likely will not forget any time shortly. While she may be beautiful, she is also brutal, and willing to bring you down to your knees. Not as a servant, but because her power is just that immense. A battle for the ages remembered forever. 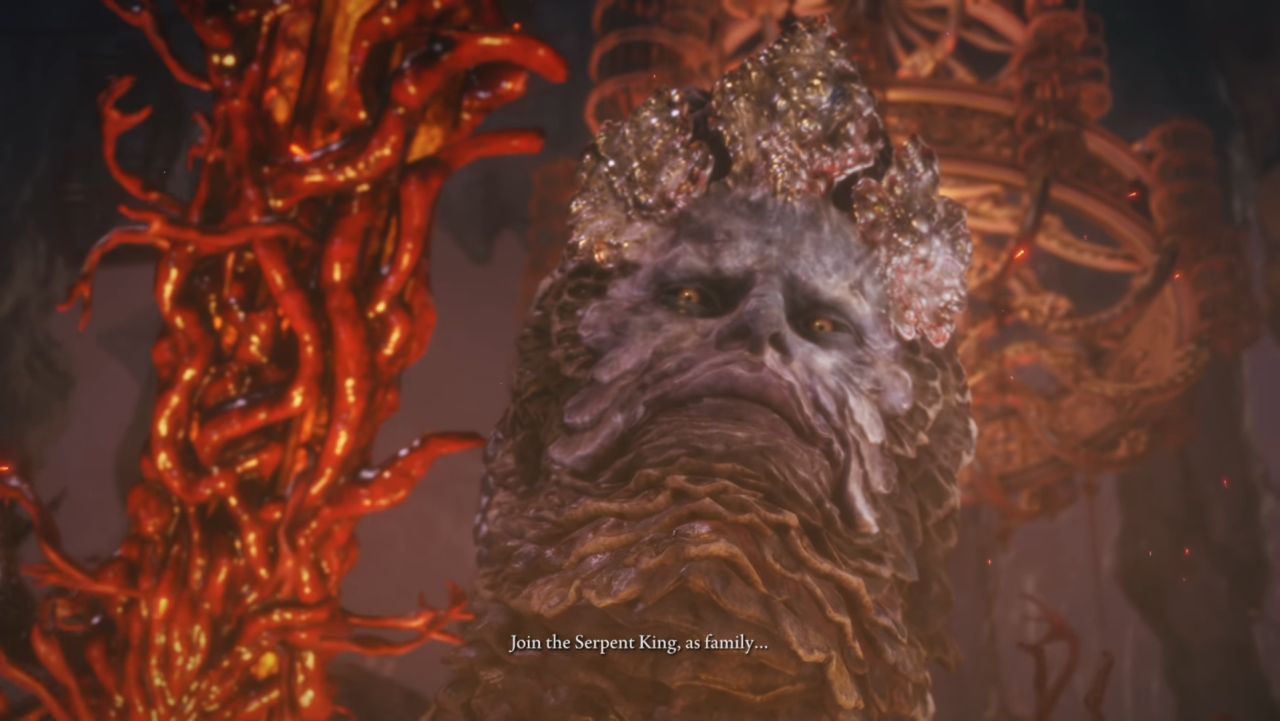 One of the most haunting characters on this list, Rykard, Lord of Blasphemy will rip you to shreds while piercing you with those golden eyes of his. Huge and powerful, his blade will sweep at you from across the entirety of the stage, so you’ll need to remove your eyes from his horrifying visage to make sure you aren’t caught in the sweep of his sword. 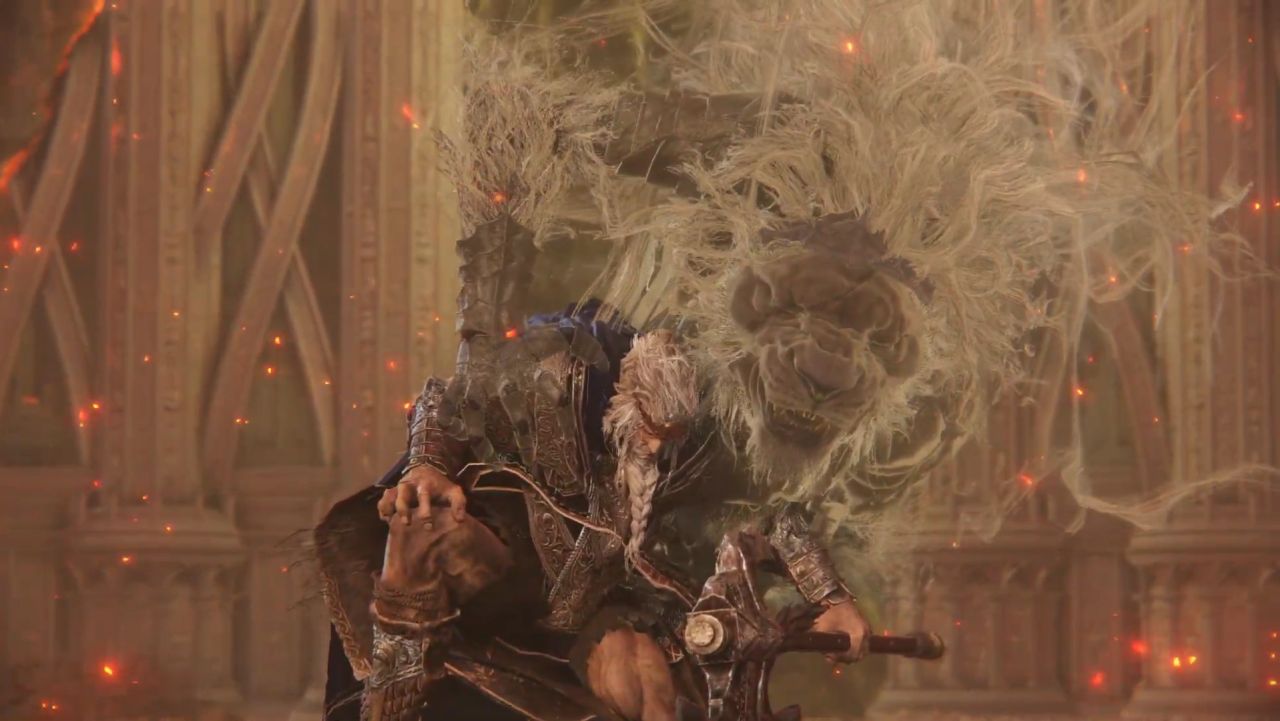 So popular, he makes his way onto the list twice. Hoarah Loux, also known as Godfrey, First Elden Lord. You’ll need to fight this form, until the spirit of his Lion companion tries to help, where it is slain and he is transformed into Hoarah Loux. Crazy powerful in both forms, you’ll have a great fight on your hands. 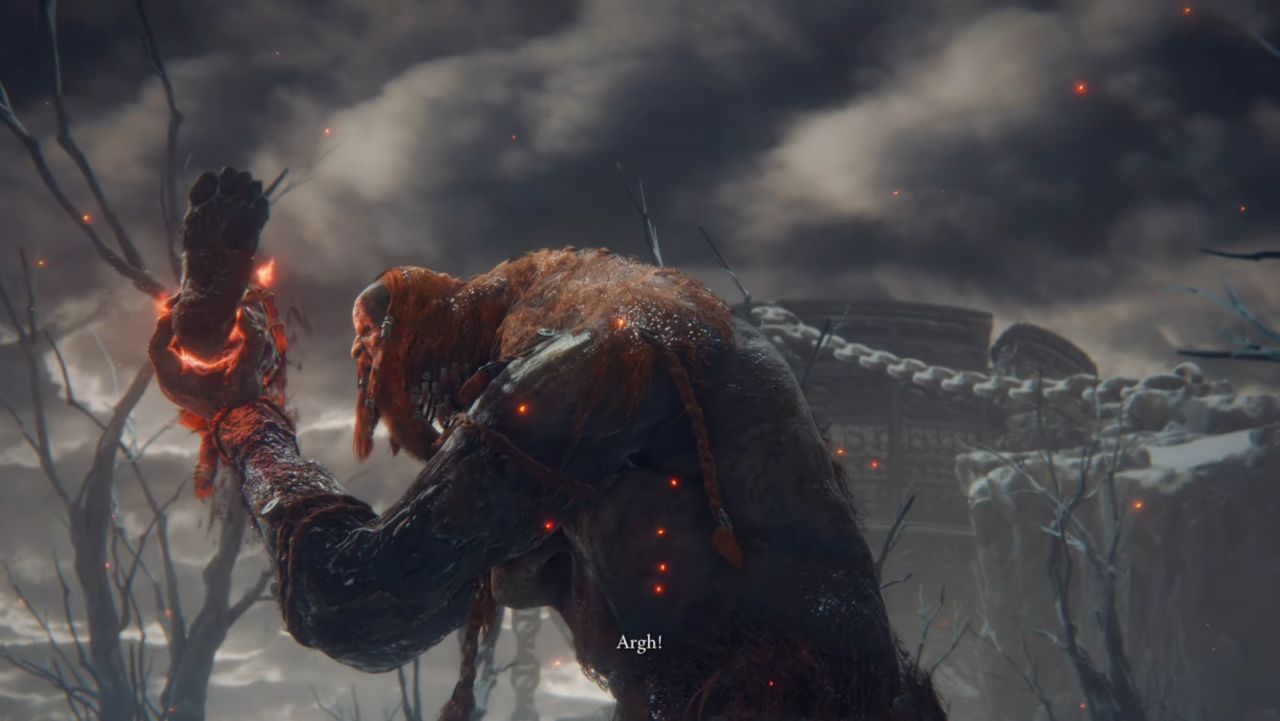 And last, but not least, is the battle against the Fire Giant. You’ve come a long way in your fight to become the Elden Lord, but you’ll find your progress comes to a halt quickly as you try to bring down this behemoth. You’ll need to use every bit of your wit, skill and power to best this foe, and continue on your journey.

And there we have it, the list of the best 15 Elden Ring Bosses. With over 80 bosses to take down, you’ll come across a variety of characters that will be willing to fight you and make sure that you pay before you can become the true ruler of the land.