Ubisoft Forward September – What We Want to See

Our wish list spans the probable to the preposterous 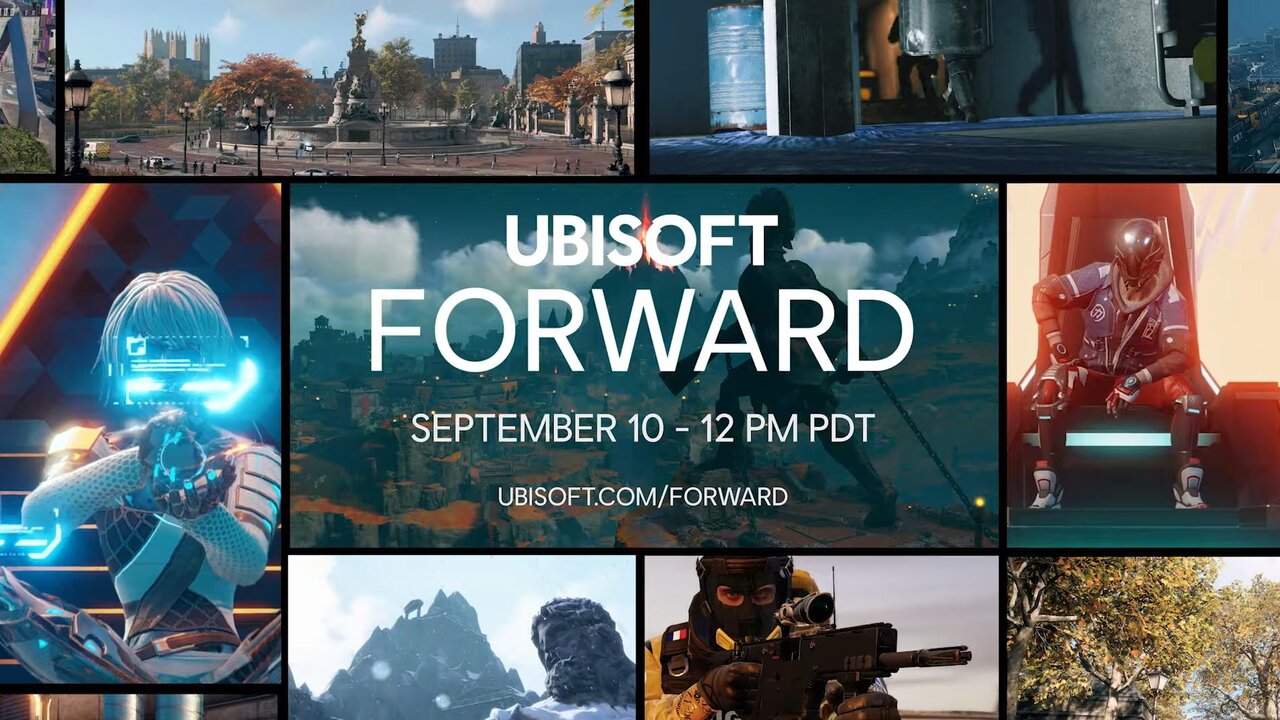 Ubisoft Forward is returning on September 10th and it is bringing updates on its current and impending releases. Following up on the middling reception of July’s Forward event — Assassin’s Creed: Valhalla, Watch Dogs: Legion, and Far Cry 6 helped counterbalance the triple threat of mobile games — Ubisoft needs to bring the heat for a more decisive victory this time around. We have compiled a short list of how next week’s stream can surpass July.

Let’s dive into we want to see during the online event.

Before we go any further, I would like to point out that MAJOR SPOILERS for Warlords of New York and upcoming seasons are included here. Due to audio files accidentally left on the Public Test Server (PTS), Division 2 players were able to excavate details on the next two Manhunts in Season 3 and 4. This information is not rumor and has been confirmed by the developer, Massive Entertainment. Continue reading at your own risk.

If you’re still here, I will assume that you either already read the leak or care very little about the narrative tied to live service games. Either way, here we go. The Division 2 will be present during the second Ubisoft Forward and it makes sense that Season 3 will be discussed since Season 2 is currently wrapping up. As the audio leak informed us, Season 3 will bring in new Manhunts that fall under the leadership of Bardon of the Black Tusks. There is also mention of Natalia Sokolov, a character whose involvement has yet to be revealed. The Season 3 Manhunt is said to conclude with a new Shrapnel Trap skill. All of these components could, and should, appear at the September Forward.

I would say it is fairly likely that the Season 3 announcement and accompanying gameplay will hit the event, but I will take it a step further. If Ubisoft really wanted to lock in the win for Division 2, they could wrap up the game’s segment with a tease of Season 4, which will revolve around the traitorous former Division Agent Faye Lau. This is all assuming that the company goes for the bold approach instead of showing off their recently announced 100-story skyscraper PvE mode, Summit.

July’s Ubisoft Forward showed off Breakpoint’s teammate AI in action, a feature long awaited by the community. In order to keep the game alive moving into the busy holiday season, Ubisoft needs to show off Episode 3: Transcendence. Other than adding a new class to Ghost Recon’s most recent iteration, there is another reason that players are becoming increasingly hyped for the next story addition. To put the hype in perspective, we have to rewind a bit.

2017’s release of Ghost Recon Wildlands saw the release of Special Operation 3 the following year. The reason the addition garnered so much attention is because it brought back Scott Mitchell, a recognizable name for the series. More importantly, Mitchell returned in an add-on that was themed after Future Soldier. Up until that point, players pulled bits of dialogue pointing to an overarching connection between the two games. Sadly, not much came of the crossover.

Fast forward to the release of Breakpoint and the Future Soldier connections started to pour back in. The Jon Bernthal-led Wolves were all too reminiscent of Future Soldier’s Bodark (which is Russian for werewolves) and they were inhabiting an island brimming with advanced technology. Given that the games take place on year apart and recent content has directly referenced Raven’s Rock and Bodark, Transcendence should relaunch Breakpoint’s relevancy by tying it all together in a gripping story addition.

Players have longed for a return to the tight focus of Future Soldier. While Breakpoint’s framework won’t be able to mimic the 2012 entry, narrative familiarity will be enough to evoke the powerful sensation that is nostalgia. Sure, it doesn’t enhance the game’s core mechanics, but the fan service should temporarily obscure the shortcomings.

Far Cry is in need of tender loving care following its semi-bland outing in Hope County and its off-the-walls RPG spin-off. The announcement of Far Cry 6 turned heads, especially once forums began filling with speculation that the antagonist’s son (Diego) is actually a young Vaas. For those that don’t know, Vaas Montenegro was the horrifically underutilized antagonist of Far Cry 3. Despite only being featured in the first half of the game, the villain has gone down in history as one of the most memorable baddies. Since then, the Far Cry series has struggled to set up an equally interesting and engaging opponent for their blank slate protagonists. Far Cry 6 could change that by presenting a younger Vaas before he started spouting off the definition of insanity.

While I do not expect Ubisoft to reveal the twist at the September Forward (or any time before launch), Far Cry 6 gameplay would go a long way with viewers. The February release date isn’t too far off. So expecting in-game action isn’t unreasonable. Give us a peek at the mayhem that awaits in the rising revolution. Tease playable segments with Diego/Vaas and the moral dilemmas he faces. Show off the arsenal we’ll use to topple the oppressive government and, more importantly, show us how Chorizo the paraplegic dachshund viciously assaults his foes. That’s it. Kid Vaas and an attack wiener dog equal success. I wouldn’t want to meet the misguided soul that disagrees.

Here’s where I am going to lose people. This is where my list goes from wishful thinking to pure fantasy. Sam Fisher was once synonymous with Splinter Cell. The two were inseparable. If you wanted time with the Third/Fourth Echelon agent, you had to play a Splinter Cell game. Well, now the inverse has become true. If you are looking to enjoy Sam’s stealthy ways, you need only look to virtually any other Ubisoft IP. The iconic character has appeared in two Ghost Recon games, Rainbow Six Siege, and Elite Squad. It’s hard to say that Fisher has been given equal treatment across the board. Ignoring the fact that his likeness is being slapped on a mobile title, there are weird discrepancies between his appearances. One only needs look at the vastly different character models in Rainbow Six Siege and Ghost Recon Breakpoint. Despite being older in Breakpoint, Sam sure looks a whole lot younger than he does in Siege. I digress.

Much like we were given a cinematic trailer for Far Cry 6 at the end of the July Forward, Ubisoft’s second part should end with a cinematic trailer for a new Splinter Cell. It doesn’t even matter if there is a release window anywhere in the video. Let the masses know that Sam Fisher hasn’t been relegated to cameo appearances in other Tom Clancy games. Give Fisher the spotlight (or lack thereof) he so desperately deserves and stop using him to move copies of other IPs. I am all for a connected universe, but there comes a point where a character is clearly being used to mule the whole thing without being given proper respect.

If Ubisoft were to actually manage this surprise reveal, I think it’s safe to say viewers would be stunned silent. I would even go as far as to say that the announcement would dwarf any screen time for Far Cry 6’s sausage pup.

And there you have it. This is what we want to see from Ubisoft’s September Forward. As you can tell, it started out believable and devolved into the absurd. But, you know what, 2020 has been wild and more unlikely things have happened. So your move, Ubisoft. Bring that positivity we so desperately need right now.