Clem's story might be over, but The Walking Dead game series can still live on. 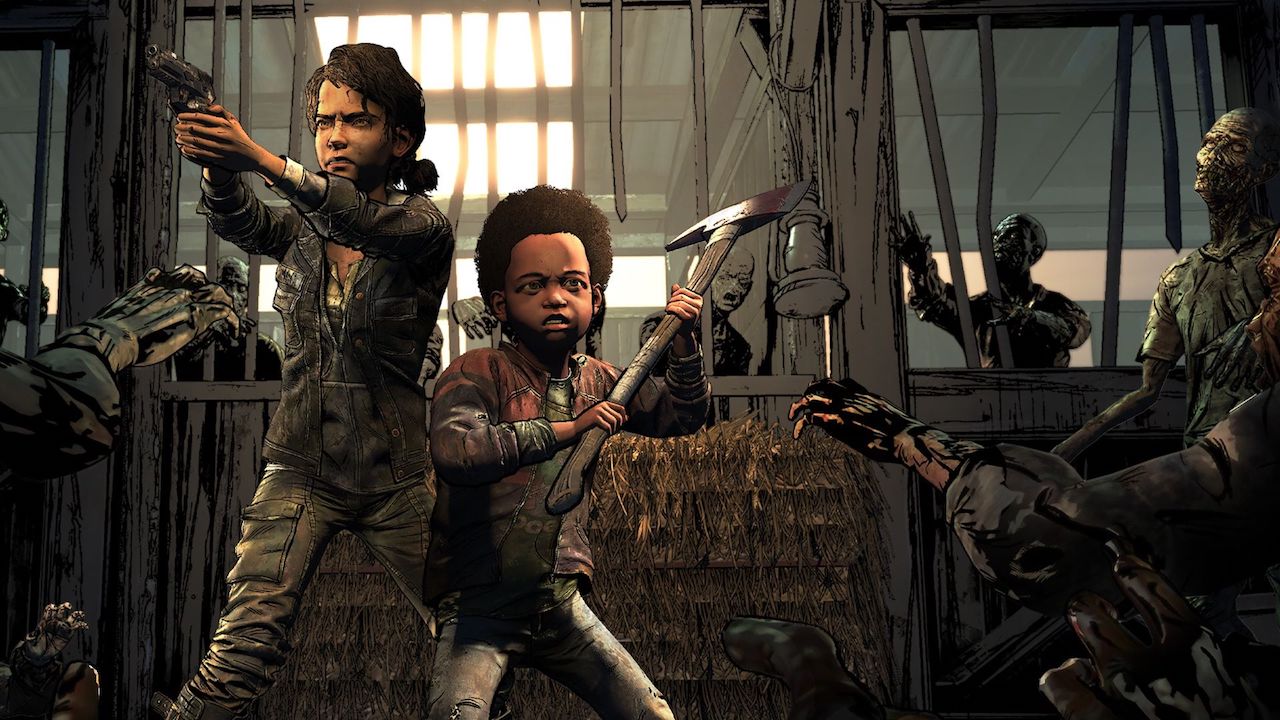 First of all, I want to start off by saying that Skybound by no means needs to do anything I suggest in this article. They’ve already gone above and beyond by going out of their way to make an investment that probably lost them a lot of money in order to finish The Walking Dead: The Final Season for the fans. Anything more they do would just be extra, but even if they don’t get around to doing anything on this list, I will not be angry or disappointed or anything and will always be extremely grateful for what they’ve already done, and I hope everyone else feels the same.

Anyway, so The Final Season of Telltale’s The Walking Dead recently wrapped up when the fourth and final episode was released yesterday, March 26. The game went through one of the most tumultuous development cycles of all time, which included the complete shutdown of Telltale Games – to catch up on that story, click here. Ultimately, the game was saved from cancellation by Skybound Games, but now that the series is over, many fans are having a hard time letting go of these beloved characters. So here are some ideas for some things that Skybound could do, now that they own full rights to the games, to keep the series alive beyond the final episode. (Oh, and by the way, this article will contain SPOILERS for The Walking Dead: The Final Season.) 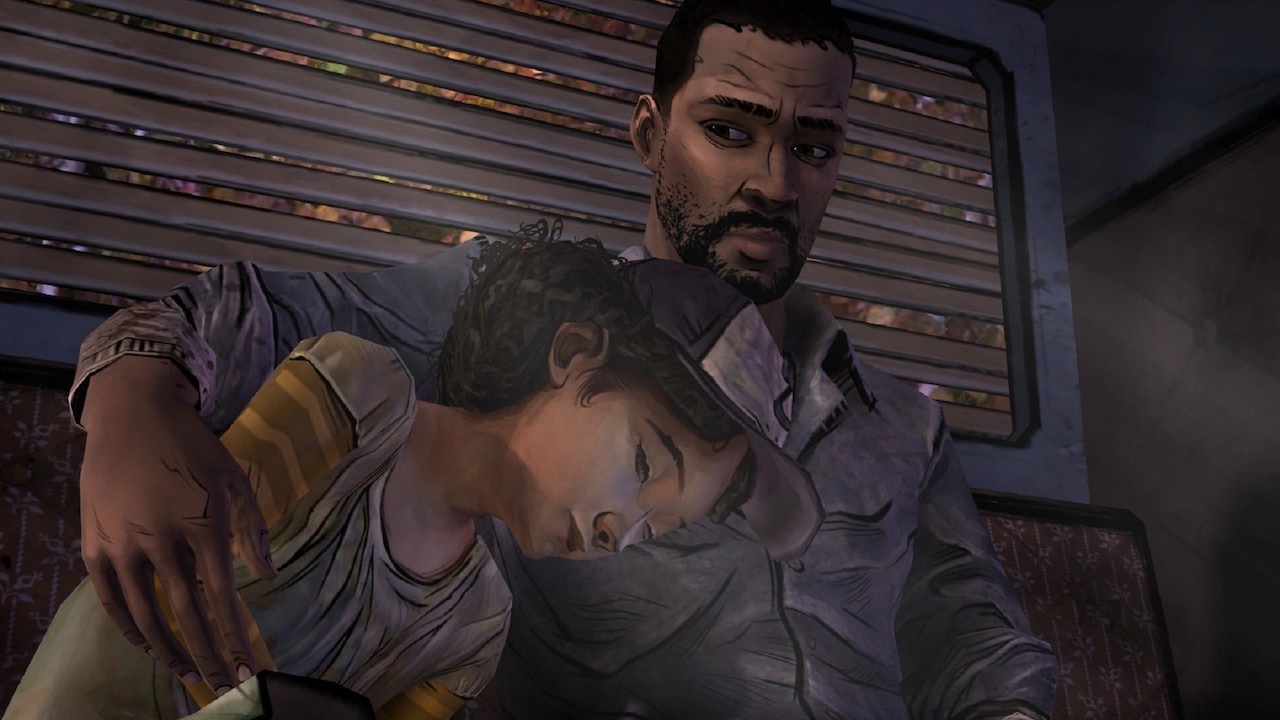 This first suggestion falls into the category of things that are almost definitely going to happen. Every episode of The Final Season premiered on the Nintendo Switch alongside the PS4, Xbox One, and PC versions and before Telltale shut down, they released the entire first season of The Walking Dead on Switch. However, anyone jumping straight from Season One to The Final Season, since those are currently the only two seasons available on the Switch, will likely feel like they’ve missed some stuff. It’s almost inevitable that Skybound will get around to doing this eventually, but it would obviously be great to have Switch versions of Season Two, A New Frontier, and the Michonne mini-series as well so that Switch owners can experience the entire series on a single console. 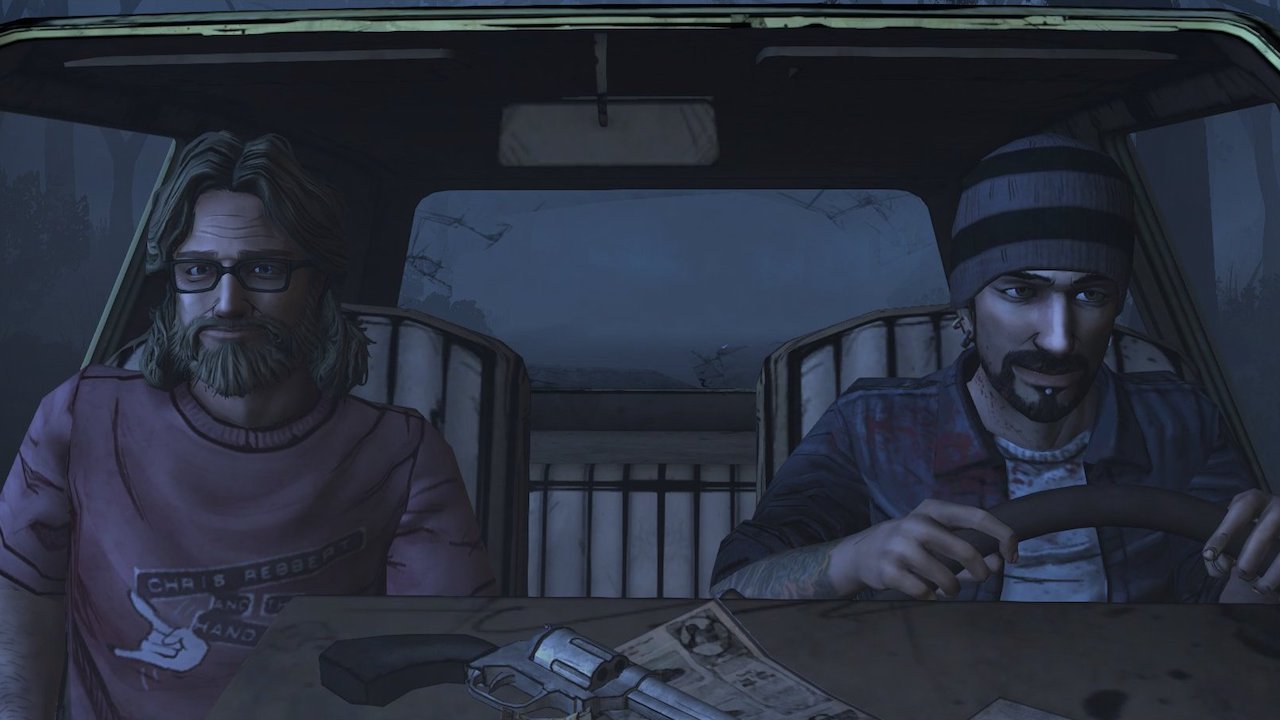 Mobile Ports of The Final Season

Speaking of ports, as it stands, The Final Season is the only season of The Walking Dead that isn’t available for iOS and Android devices – Season One, Season Two, Michonne, and A New Frontier are all there. It’d be nice if Skybound could make mobile ports of The Final Season so that those who’ve been following Clem’s story on their phones or tablets can finish the series without having to buy a console or watch someone else play it on YouTube.

That said, this is significantly less likely than those Switch ports we were just talking about for a few reasons. For one thing, The Final Season is more powerful, from a technical standpoint, than other entries in the series. The mobile versions of A New Frontier already run pretty rough, so you can imagine what adding things like The Final Season‘s multiple action sequences and updated graphical style would run like. Plus, The Final Season simply wasn’t made with mobile ports in mind, like previous seasons were, and in order to create a version of the game that could run smoothly on those platforms, some rather significant adjustments would likely need to be made, which brings me to my second point, which is that the StillNotBitten team (ex-Telltale employees that Skybound hired to finish development of the game) was hired by Skybound on a contractual basis and many of them have now moved on to full-time employment elsewhere once they had finished their contributions to The Final Season. Sure, Skybound could technically either work internally or outsource the porting to an external studio, but it’s arguable that to keep the creative integrity of the original vision intact, it should probably be the StillNotBitten team making the ports themselves, but if a lot of them aren’t around to do that anymore, then mobile ports of The Final Season might just not happen. Besides, with new streaming services like Google’s Stadia, which promises to allow gamers to stream powerful video games to their phones or laptops without any drop in quality, just around the corner, it might not even be necessary to take the time and resources to create mobile-specific versions of the game. 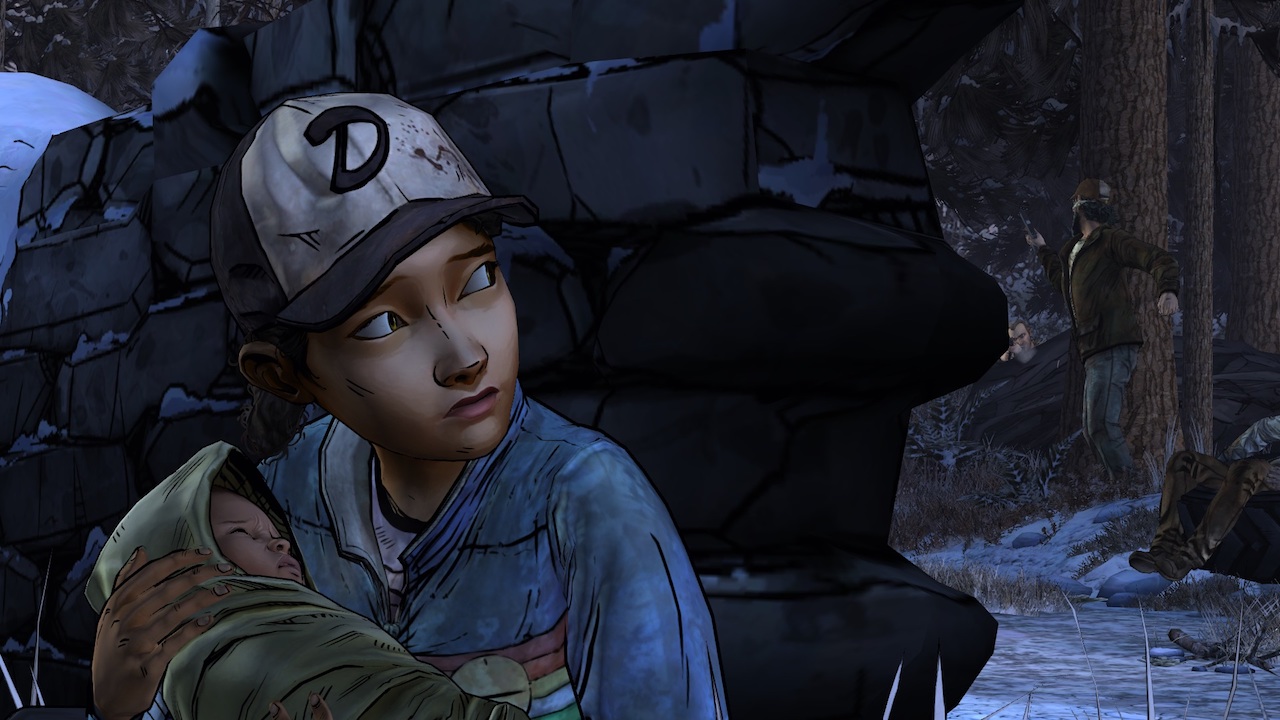 One of the things that fans have been requesting the most since the final episode of The Walking Dead dropped, and even before it came out, has been DLC. Fans have suggested many different ideas for what DLC for The Final Season could entail. Some want to be able to play as AJ for a full episode. Others want to be able to play as Clem for a full episode one last time. Many fans want a “400 Days”-like DLC that explores the stories of multiple characters, but in this case it would explore the fates of characters who left the series but didn’t die (at least not on screen) like Molly and Christa. I’ve even seen some requests for a relaxed, low-stakes DLC in which the player gets to play as Clem one last time, just exploring the hub of Ericson’s and getting to interact with all the characters one final time, basically acting as an epilogue to the season.

However, I don’t think that this is super likely to happen either for some similar reasons to why I don’t think mobile ports will necessarily happen. If there is DLC to be made for The Final Season, it would absolutely, 100% need to be made by the StillNotBitten team to keep their creative vision for the overall season intact. You can’t have a certain group of people create the whole season and then just have an entirely different group of people make the epilogue (I mean, you can, technically Skybound has the rights to do that if they want, but it would be bad). So, again, with the StillNotBitten team going off and getting full-time jobs elsewhere, I don’t see DLC as being a strong possibility.

But beyond the logistics of DLC not being likely, there’s also simply the fact that there doesn’t need to be DLC. Clem’s story is over. Nothing else needs to be said. Would I be happy if somehow we did get DLC and we got to visit these characters one last time? Of course I would. But it isn’t necessary. The story is wrapped up and narratively nothing else needs to happen. It’d be interesting to explore the fates of characters like Molly and Christa, but at the end of the day this is Clem’s story and we don’t need to know everything about everyone to enjoy this singular narrative. Besides, what if Molly’s canon story post-Lee is just boring? What if she just kind of hangs out on her own, scavenging around to survive, and that’s about it? Should the StillNotBitten team force a narrative where one doesn’t belong just so fans can put off saying good-bye to the series? Some think that the mention of the caravan at the end of the last episode is proof that there’s more story to be told, and technically they’re right, there probably could be a story about that caravan if Skybound wanted to make it, but as far as I’m concerned, the caravan was just brought up to show that the Ericson’s kids have gotten past Marlon’s reign of isolation and are willing to explore the world and create relationships beyond the “safe zone.” I understand that a lot of people are sad to leave these characters, but the story is over. This point is probably best illustrated with a quote from Skybound Games CEO Ian Howe, who, in response to a question during a Reddit AMA about the possibilities of continuing Clem’s story beyond The Final Season, said, “just because we could do more games, doesn’t mean that we should.” The game is called The Final Season for a reason. 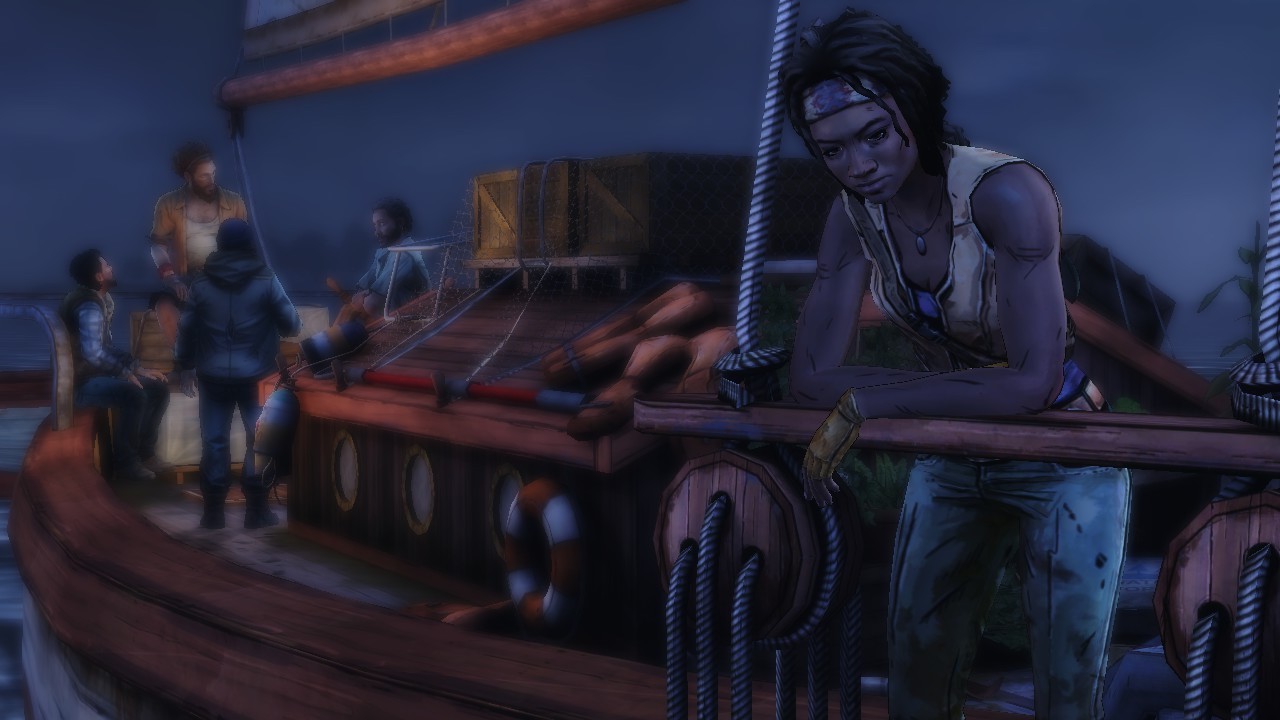 Okay, forget about DLC. What about an entirely new game altogether? The Final Season may have ended Clem’s story once and for all, but surely there are plenty of stories to be told in the world of The Walking Dead beyond just Rick’s and Clem’s. Yeah, there are other Walking Dead games out there, but what fans of the Telltale series would obviously want is more narrative adventure games specifically, not shooters or strategy-RPGs. A new game could use the same general format as Telltale’s games used, maybe with some modifications, but tell a completely new story with new characters, entirely separate from Clementine.

Obviously, it would be cool if Skybound hired the StillNotBitten team full-time as their own internal development team to create a new story, but the creation of new narrative adventure games that take place in The Walking Dead universe could happen even with the StillNotBitten team all getting other jobs elsewhere. Since it would be an entirely new story, Skybound could give the rights to any number of studios to tell this new story, like Detroit: Become Human developer Quantic Dream, or Life is Strange developer DONTNOD, or AdHoc Studio, a new development team that was recently founded by four ex-Telltale employees, or some other studio entirely. It’s bittersweet that Clem’s story is over, but Skybound could potentially keep creating Telltale-like games set in the world of The Walking Dead. 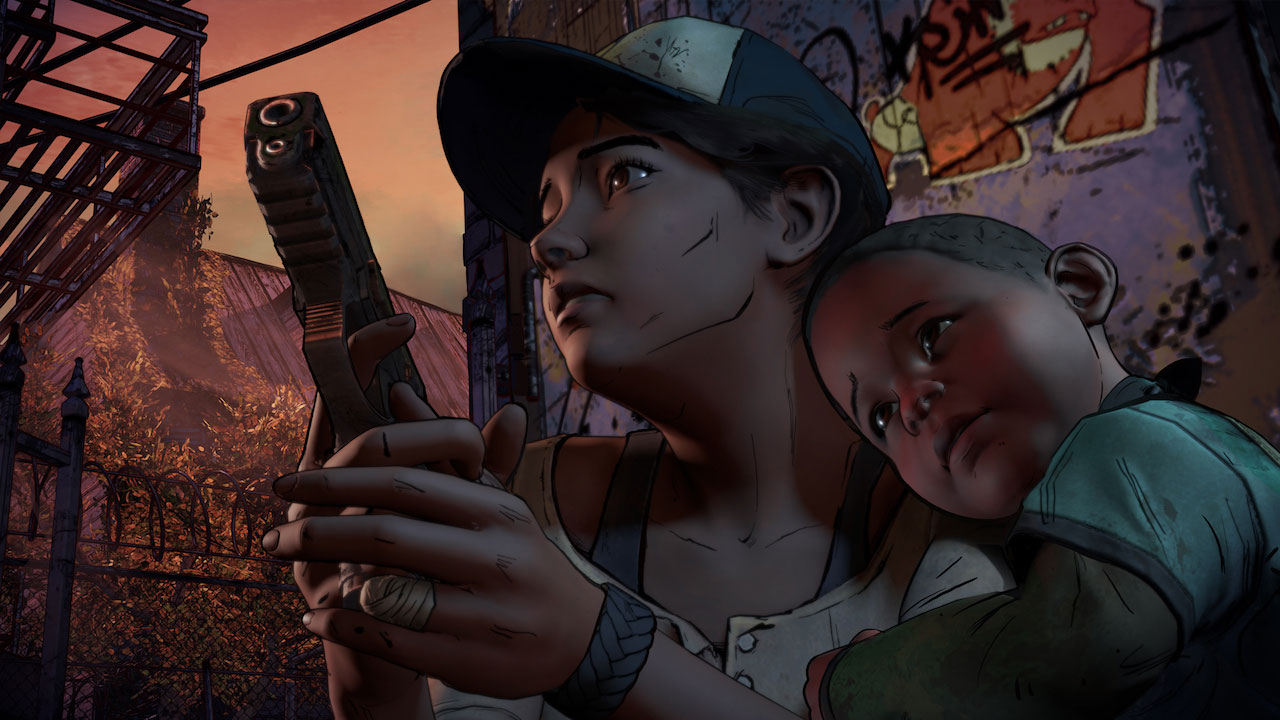 The Walking Dead: The Full Series

…or The Complete Collection or The Clementine Collection or The Complete Telltale Series or whatever they’d want to call it. Some of you will remember that in December of 2017, Telltale released The Walking Dead Collection, a collection for PS4 and Xbox One that included all of Telltale’s Walking Dead games up to that point (Season One, Season Two, Michonne, and A New Frontier). However, this Collection is now outdated since it doesn’t include The Final Season. Not to mention a lot of fans have had issues with the Collection, from visual glitches to certain dialogue trees from the original games being unavailable to the bundle losing track of player’s choices and representing them wrong down the road.

For these reasons, it would be really cool if Skybound made a new collection that included all of Telltale’s Walking Dead games, including The Final Season, so that fans can have the entire series all in one package. Ideally, this collection would also function as intended and also be available for Switch and PC, in addition to PS4 and Xbox One. Obviously, it’s not exactly the biggest deal in the world to just buy each season individually, but being able to have them all in one place would just be much more convenient. 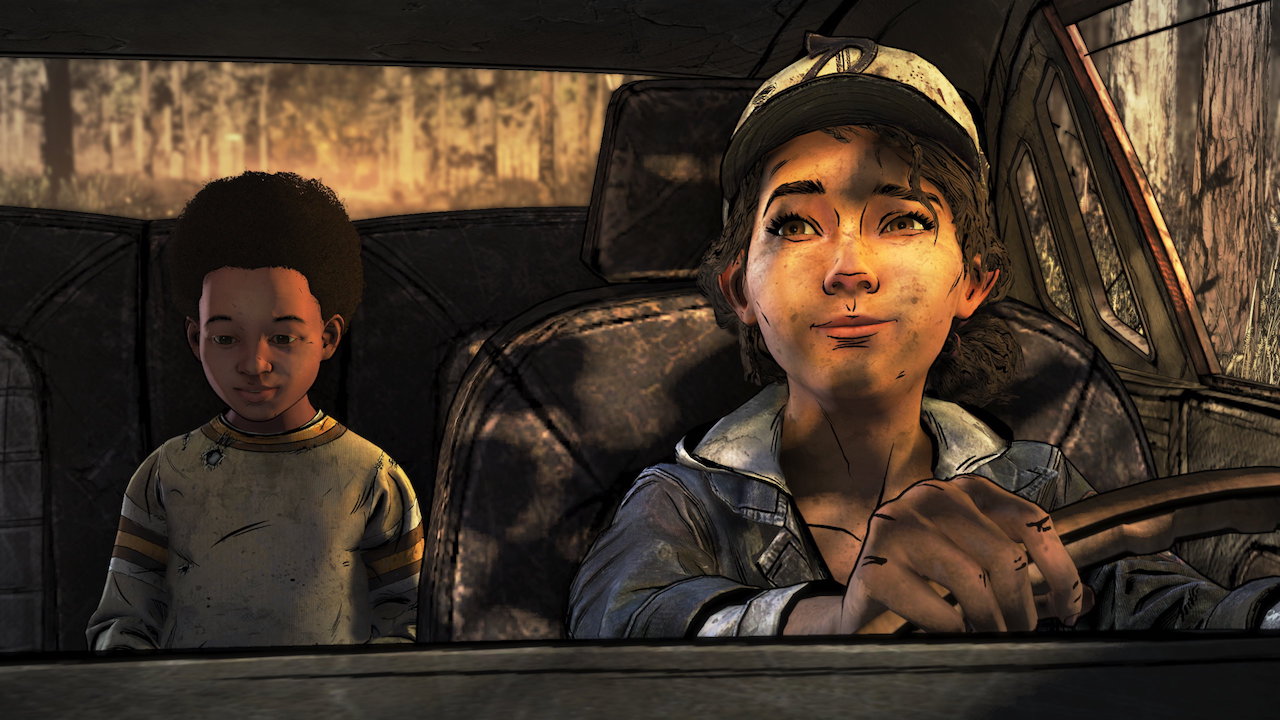 If Skybound got around to doing any of these things, it would obviously be greatly appreciated, but as I said at the beginning of this article, I’m already just so grateful that we got to finish up Clem’s story the way it deserved to end. Thank you Skybound and the StillNotBitten team and everyone else who worked on The Walking Dead series throughout the years.

(?) We all will remember that.