Questions Regarding the Fate of The Walking Dead: The Final Season Answered in Reddit AMA

The game's creative director and the CEO of Skybound Games took to Reddit to answer some fan questions. 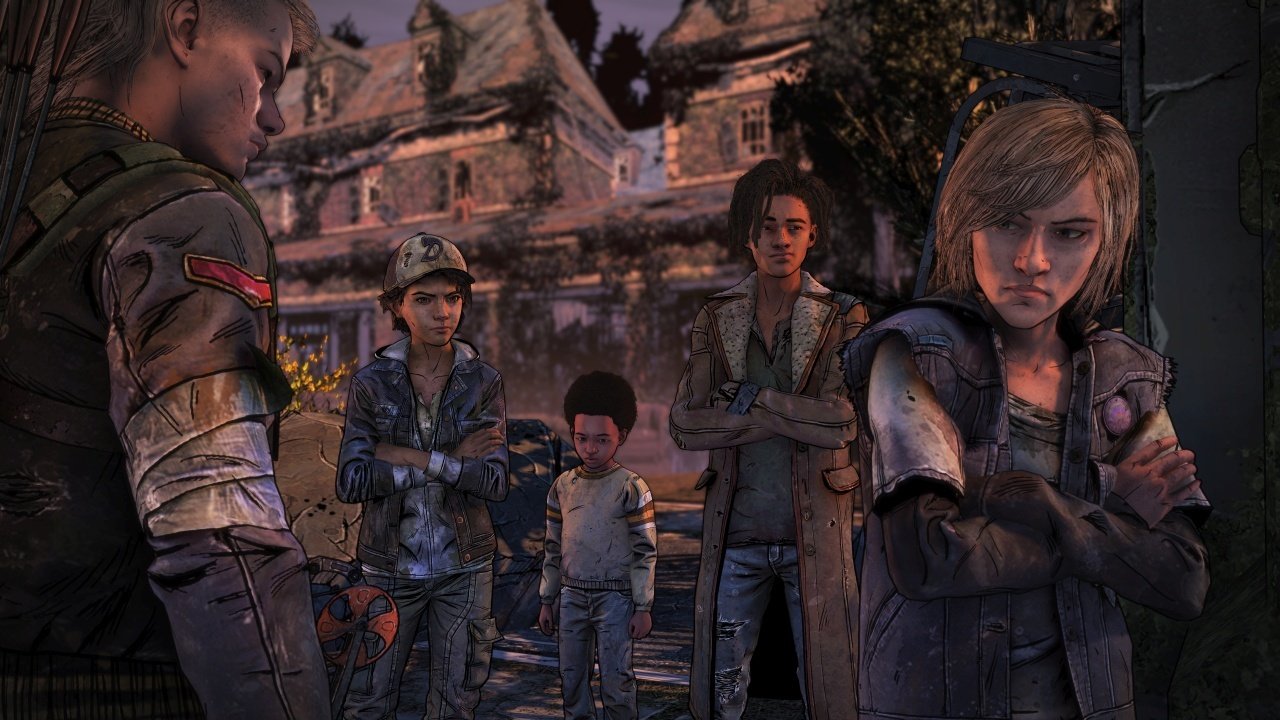 About a week and a half ago, it was revealed that The Walking Dead creator Robert Kirkman’s company, Skybound, would be taking over production of The Walking Dead: The Final Season after Telltale Games went through a majority studio closure, resulting in over two hundred employees getting laid off, including the entire team that was working on the game. Skybound had announced that it plans on bringing back as many members of the original team as possible to complete production of the game, but many other specifics were still left unanswered. Luckily, the CEO of Skybound’s Games division, Ian Howe, recently held a Reddit AMA, in which many fans’ questions about the fate of the game were answered. Howe was also joined by Kent Mudle, the creative director for The Walking Dead: The Final Season, who took the opportunity to confirm that he will be one of the former Telltale employees returning to finish the game.

During the AMA, Howe took on the more logistical questions while Mudle answered questions about The Walking Dead: The Final Season‘s story and creative process. Early on, Howe explained that the game is not currently being worked on, since there are still many legal hoops to jump through involving getting the team back together. However, he also stated that he had met with forty former Telltale members as recently as last week about coming back to finish the game. Of course, not all of them will be able to rejoin the team, but Skybound seems to be doing everything it can to try to hire as many of them as possible. Howe also stated that, despite the constant delays in production due to the complexity of the situation, he expects the third episode of the season to be out before the end of the year. When asked about the future of the series after The Final Season ends, Howe stated that it’s technically possible for the series to continue in the form of DLC or other extra content, but that that’s not really something anyone is thinking about right now, as finishing this game is everyone’s top priority. When asked about the possibility of Clem’s story specifically being continued after this season, Howe said that “just because we could do more games, doesn’t mean that we should,” implying that The Final Season will bring finality to Clem’s journey and that anything after that would feel forced. Howe also stated that Skybound is looking into “opportunities for digital and physical merchandise” for fans interested in such things, but that finishing the game itself will come first.

In terms of the narrative of The Walking Dead: The Final Season, Howe reassured skeptical fans who were worried that none of their choices would truly matter that how the player treats AJ, who they decide to romance (if anyone), and other relationships they make will all influence how the final episode of the season plays out. When asked if the pasts of the various characters will be revealed in upcoming episodes, Howe stated that these characters are more focused on surviving in the present, so dwelling on the past isn’t going to be something they do much of. However, Mudle did confirm that in episode 3, the player will have the opportunity to possibly learn more about Violet or Louis’ past, depending on choices they’ve made up to that point. Howe also confirmed that, as of now, Violet and Louis are the only planned love interests in the game.

Mudle also revealed that there will be a scene in episode 3 that delves into how some of the characters ended up at Ericson’s Boarding School for Troubled Youth, as well as confirming that the incident at McCarrol Ranch will be expanded upon at some point in the season. Mudle also took the opportunity to confirm or clarify other points, such as repeating that the Garcias from The Walking Dead: A New Frontier will not be returning in this season, but that there is a reason why Clem didn’t return to Richmond after retrieving AJ. He also debunked a fan theory about a drawing that Tenn made in the first episode possibly predicting the death of characters in the future, saying that this drawing will only be mentioned in dialogue and will not determine more important plot points. When asked why the development team decided to set The Final Season in a school, Mudle responded by stating that it gave the team the opportunity to work on a new setting unlike any that they had before while also allowing Clem to finally interact with a significant number of her peers. He also stated that having a group of kids could lead to a more likable cast of characters, since these children are more concerned with just surviving, and not the power struggles often found in groups led by adults. Mudle also said that the team doesn’t really have any specific ages for any of the characters, but that Clem, Violet, Louis, Marlon, Brody, Aasim, Ruby, Mitch, and Omar are all around the same age range, while Willy and Tenn are around the same age and AJ is in an age group of his own. When asked if AJ has some sort of mental condition that accounts for some of his antisocial behavior, Mudle stated that AJ does not have a “specific condition,” but rather the way he acts is more a product of the world he was brought up in.

Home / Game News / Questions Regarding the Fate of The Walking Dead: The Final Season Answered in Reddit AMA