All of Goku’s Forms in Dragon Ball, Ranked by Strength

Here's a look at Goku's forms over the years, ranked by strength and stability.

Goku from Dragon Ball is one of the most iconic anime protagonists of all time, a Shonen mainstay who constantly challenges his limits in his trope-defining portrayal of power levels, particularly in Dragon Ball Z.  He has attained numerous forms, transcending his previous power levels in multiple Dragon Ball stories across the years, for all things canon and even GT.  We’ve gone ahead and listed All of Goku’s Forms in the Dragon Ball Franchise, Ranked by Strength!  Be sure to check out the various stages of the universe’s most powerful fighter!

All of Goku’s Forms in Dragon Ball, Ranked by Strength 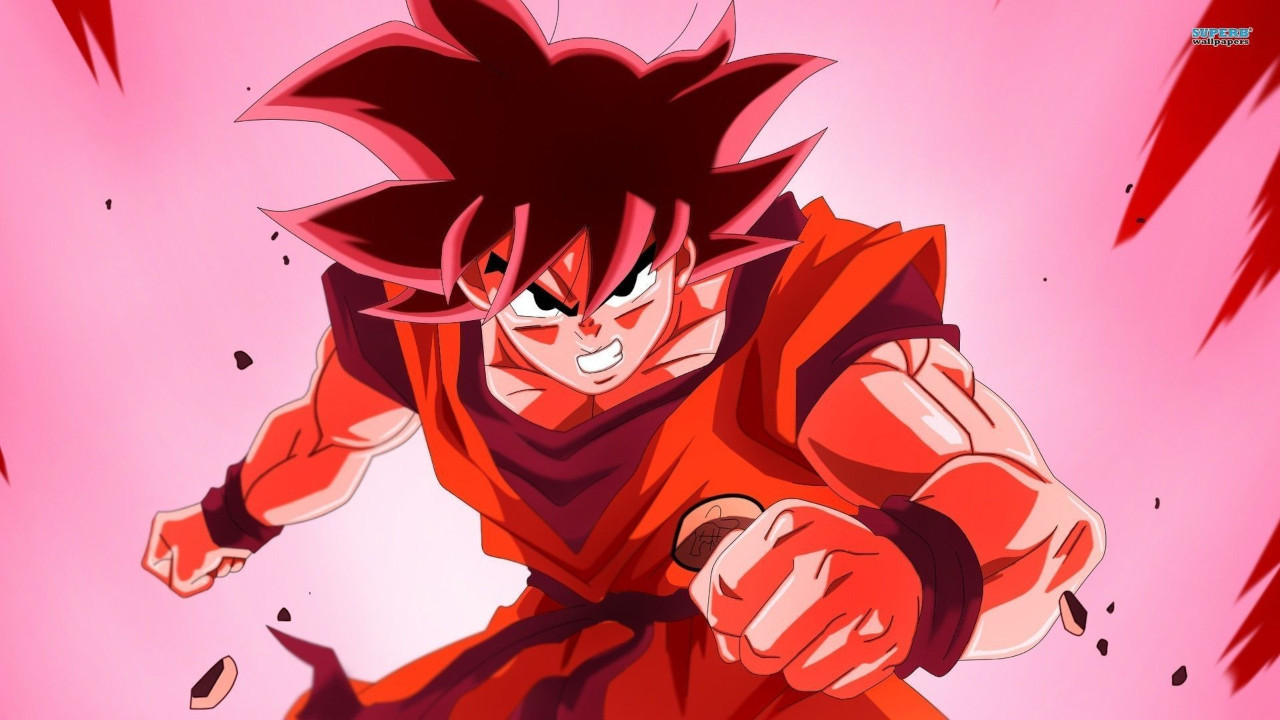 While not as much of a transformation as simply a technique, this is a particular powered-up state Goku was taught by King Kai.  He can multiply his base power levels multiple times over in this form, but unlike in other forms such as Super Saiyan which already dwarf power levels attained in this form, Kaio-Ken puts a far greater strain on his body with persistent use, making it unsustainable for longer periods but helpful in a pinch. The most drastic physical transformation for Goku lends more to his original concept being based on Sun Wukong, the Monkey King.  When exposed to either a solar eclipse or a full moon, Goku, other Saiyans, or even half-Saiyans like his son can unleash their giant monkey…form.  If not for the Saiyan ability to generate power balls to mimic the effects of the moon, this form would be less reliable and far more situational but has been a tool for vicious assaults by this alien warrior race. 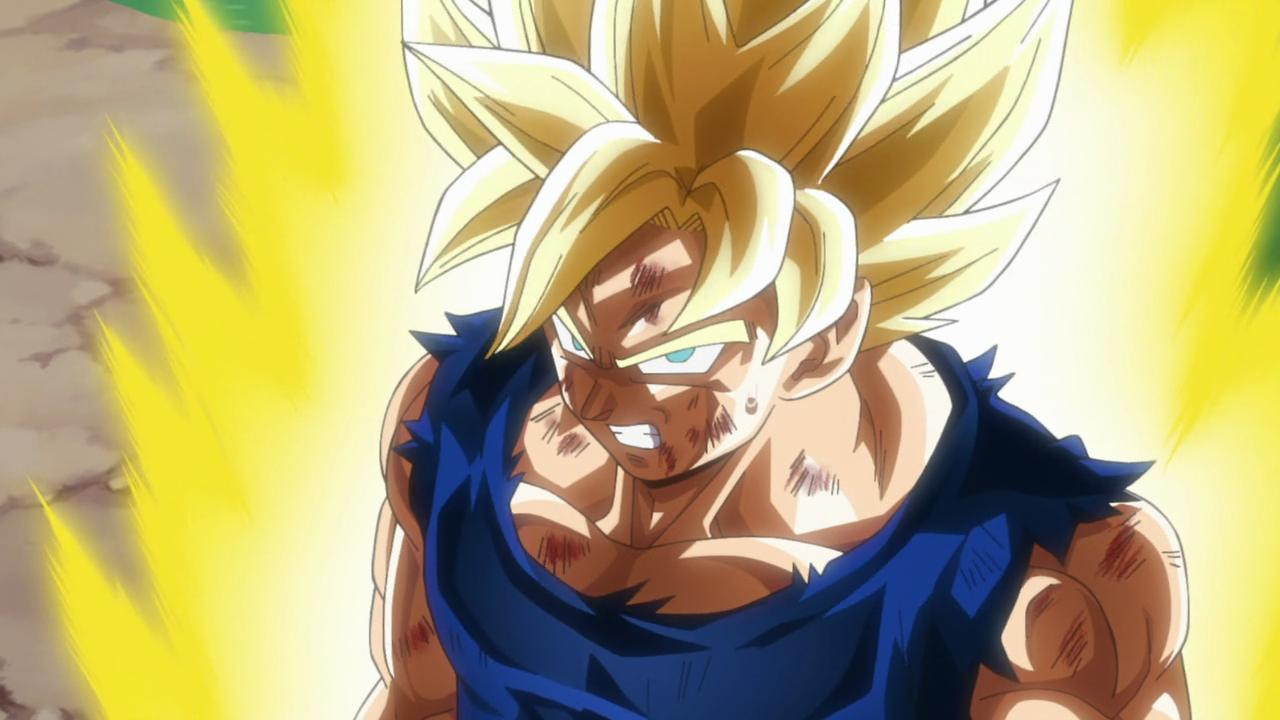 The most iconic of Goku’s transformations, first attained after witnessing Krillin’s death on Namek at the hands of Frieza, after which he defeats the villain with ease.  The look is iconic and shared to varying extents in almost all SSJ forms: golden and rigidly spiky hair, green eyes, and a pulsing yellow aura.  The power of this form was enough to sustain Goku through to the Cell Saga in Dragon Ball Z.  There are multiple ‘grades’ within this Super Saiyan form, with 3 in total as used by other characters such as Vegeta and Trunks against Imperfect Cell. 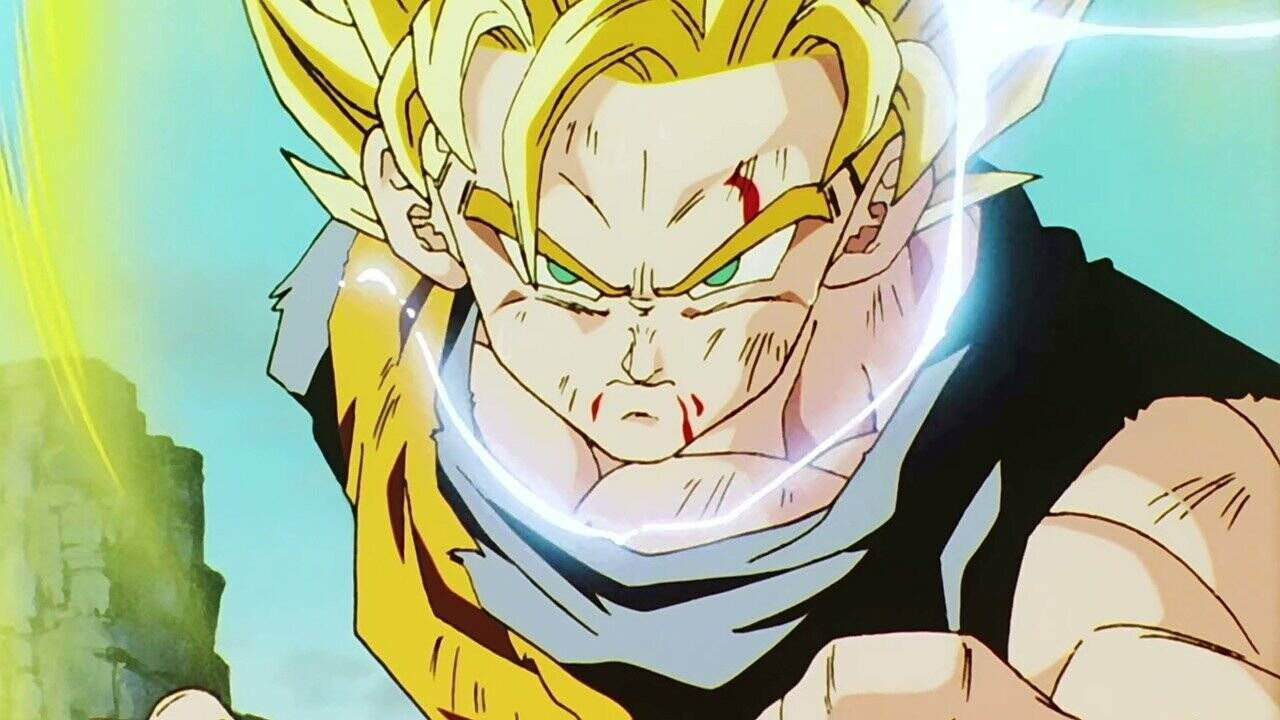 Super Saiyan 2 was a late transformation for Goku, being first witnessed when his son, Gohan, steals the show at the end of the Cell Saga and ascends to this new level, thanks to giving in to his rage at the execution of Android 16.  Differentiated by a bolder yellow aura and blue sparks of energy around the body, Goku didn’t reveal he could transform to this stage until the Majin Buu saga where he fights Vegeta in a 1-on-1 grudge match, where Vegeta takes this form as well, to his surprise.  This form far surpasses any of the grades of the previous SSJ state, with highlights such as Cell being obliterated and his Cell Junior clones being defeated with ease. Touted to extract every last bit of potential in Saiyans (a claim which hasn’t aged well), this form boasts colossal power levels, resulting in geophysical phenomena when SSJ3 is attained.  *Clearly* this power was sealed by Saiyan eyebrows, demonstrated by their absence in this form, and the longer and spikier hair, the better.  This form debuted in Goku’s fight against Majin Buu, where if he were to carry on in the battle instead of letting Gotenks take on the creature, he would likely have won. 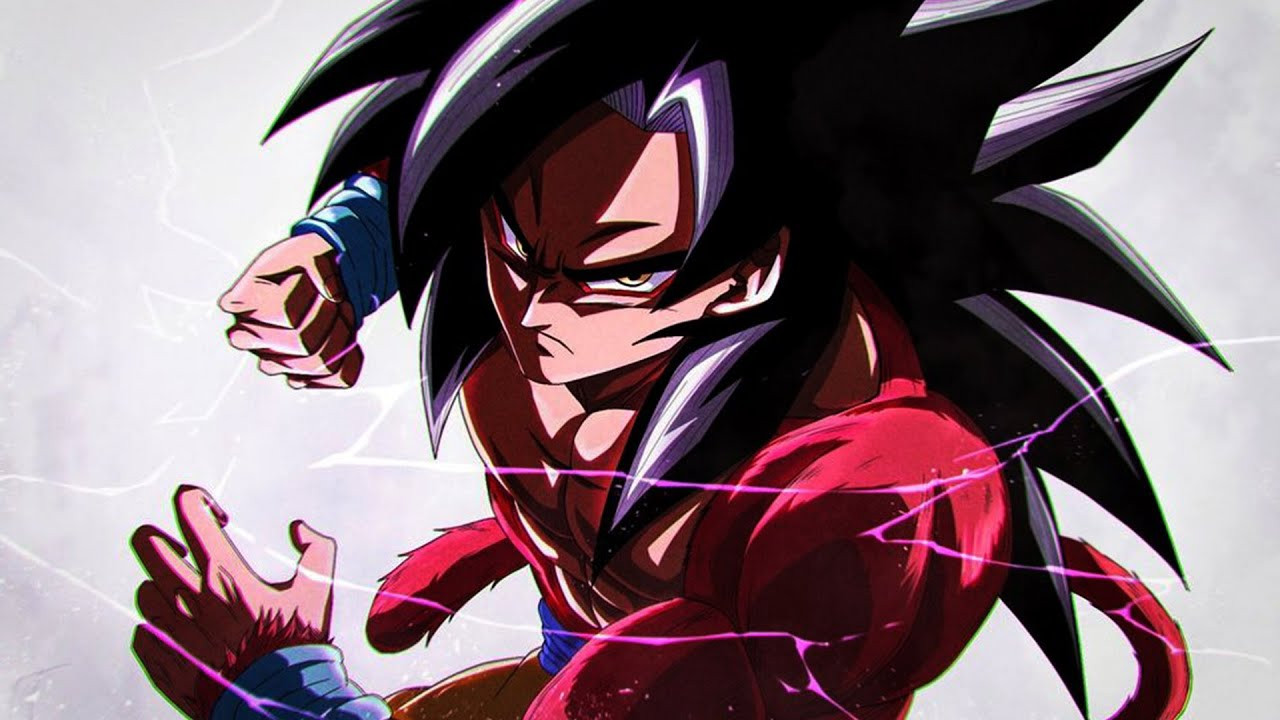 Settle down, we’re not acknowledging this as Dragon Ball canon, but it has indeed made an appearance in Dragon Ball GT so it gets a brief mention.  Some aspects are clever about this form, mostly connected to the reincorporation of Saiyan’s Oozaru form.  When Super Saiyan status is achieved while in Oozaru form, the Great Golden Ape form is achieved, and when controlled, the SSJ4 form is born.

While not technically featured, later on, it gets a similar-looking form in the Super Saiyan Wrath form, as well as numerous appearances in the video games. If not for GT’s position as dubious in the DB canon at best, this could be considered as one of the possible inspirations for the “Legendary Super Saiyan” spoken of in the series lore, especially given its massive primal power at its core, and interesting use of the Great Ape form. Instead of achieving this form by himself, Goku must go through a Saiyan ritual where 5 Saiyans must channel their ki (energy) into him, and he first debuted this form against Beerus in Dragon Ball Z: Battle of the Gods and later in Dragon Ball Super.  By having the others pour their energy into him, Goku’s hair turns red, and he emits a powerful blue aura, channeling enough power to generate entire cosmic phenomena and disrupt the universe itself.  Over 9000 was a long time ago, folks. 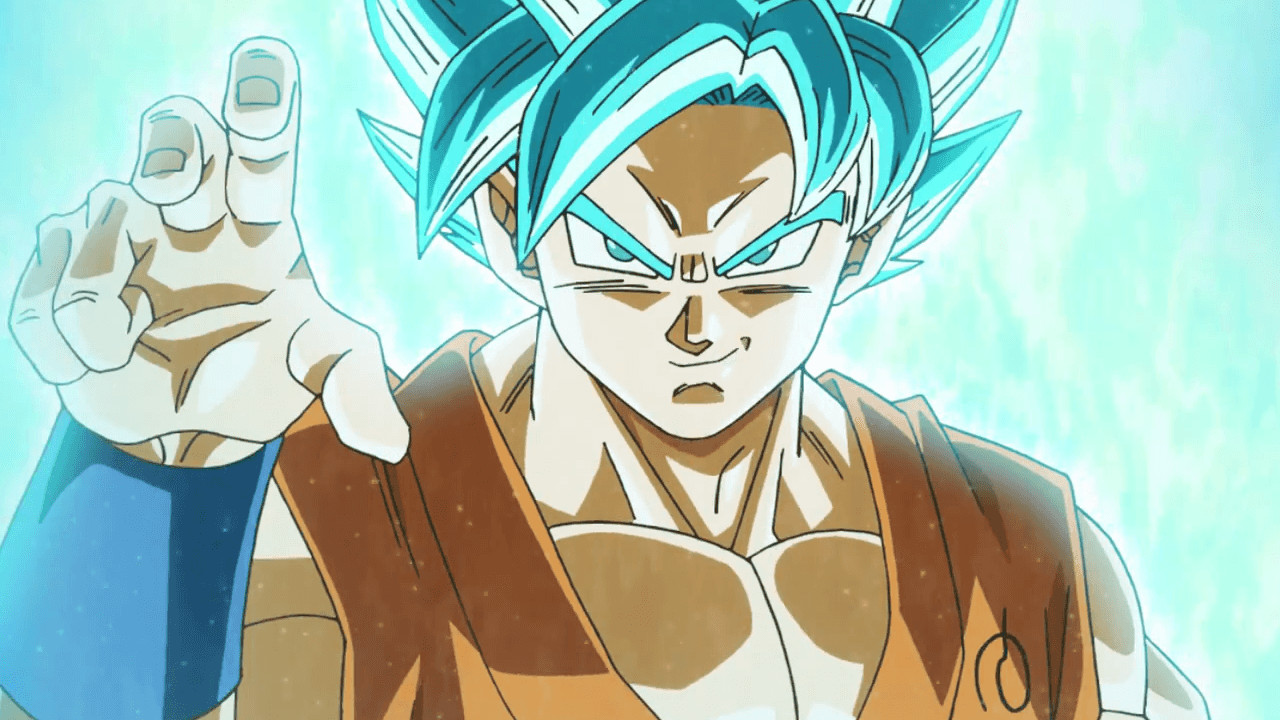 This form is intriguing, in that it transcends the power of Super Saiyan God while still channeling God ki, but Goku can attain this form by also transforming into his base SSJ form while holding onto this power.  There is no ritual required like before, but it’s a more difficult transformation to achieve.  The hair and eyes in this transformation are shades of cyan, with a blue aura containing touches of yellow.  This form is a massive stamina sink, however, and has caused trouble for those who take its form with persistent use. Cited as Goku’s ultimate form, this is a state in which the user gives up all emotions and thoughts, allowing themselves to achieve perfect focus and separate consciousness from the body.  This is a technique called the ‘State of the Gods’ and in the case of Goku, it is a genuine transformation unlike for others such as Whis.  In this state, Goku’s hair and eyes take on a silver color, but due to its reliance on staying calm and Goku’s history of giving in to his emotions (which, to be fair, leads to lesser power-ups), there are flaws to the sustainability of this form.  Of all of Goku’s forms, this is the highest ranked by basis of strength.

This concludes our list of All of Goku’s Forms in the Dragon Ball Franchise, Ranked by Strength!  Dragon Ball has turned into a franchise that’s as Shonen as it gets for anime fans, and the legions of followers it’s amassed over 36 years continue to adore and consume its media every day.

Attack of the Fanboy / Entertainment / All of Goku’s Forms in Dragon Ball, Ranked by Strength